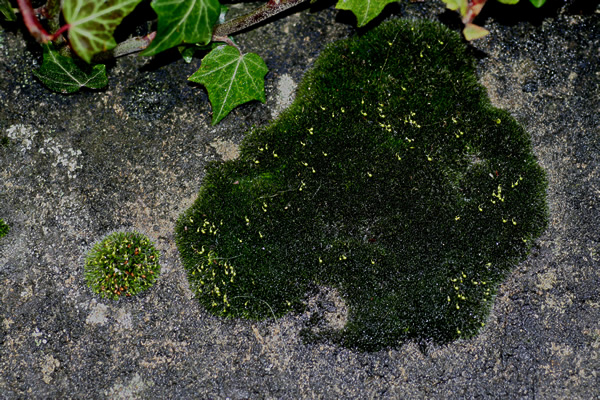 A large flat patch of Grimmia orbicularis grows next to the neat cushion of Grimmia pulvinata. The G. orbicularis produced 2 capsules in 2008 and 3 in 2009 but is now getting up a head of steam (Nov. 2010) – particularly nearest to the G. pulvinata cushion where the 2008/9 capsules were also seen. On church boudary wall, Tetbury, Gloucestershire. Peter Martin