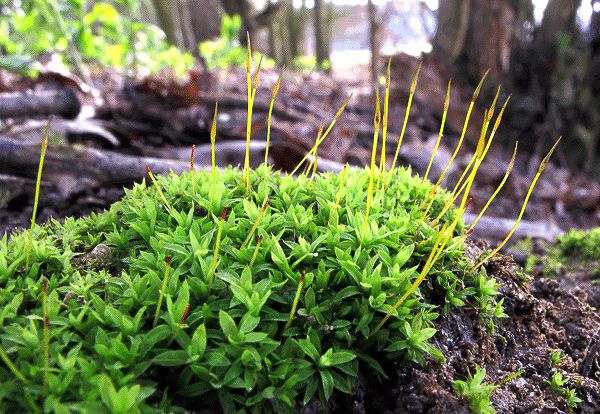 Tortula schimperi , photographed by Richard Fisk, who comments: Eastern England would appear to be the stronghold for this sp. I have about twenty records from Suffolk as opposed to seven or eight for T. subulata s.s. The strong bistratose margin of the leaves is visible in the photograph. The tall setae are produced in abundance in early spring making it an easy plant to spot when on the edge of woodland banks.