Just the 4 of us met on a beautiful sunny autumn day for our exploration of woodlands near Staunton – Ian, Gary, Pete and myself (Claire). We headed straight up the hill into Buckstone Wood, a bit of a steep climb to start the day.

It was an odd site, mainly beech woodland with scattered large boulders of some conglomerate rock. The boulders and trees were dominated by a few species: Isothecium myosuroides, Hypnum andoi, and strangely, Lepidozia reptans was almost dominant in places. Interesting finds were few and far between and we really could have done with more pairs of eyes to seek them out. It was an hour before the first different-looking Dicranum was spotted, a couple of small cushions on a boulder top – D. scottianum perhaps? Or more likely D. fuscescens. Several cushions of a tightly curled acrocarp on the side of boulders were found, possibly Cynodontium, to be confirmed (confirmed as C. bruntonii). A sheltered gully between large boulders housed Leucobryum on one side, and the most beautiful Plagiothecium undulatum on the other side. Barbilophozia, probably B. attenuata (confirmed) with green gemmae on attenuate shoots was also in evidence here.

Lunch was declared and we sat around the path, risking our lives at the hands of the mountain bikers who sometimes came hurtling down the tracks at speed – it was the only sunny spot, and although the weather was fine, there was a cool breeze.

After lunch we continued along the contours and found what was presumably the Buck Stone – a large boulder which must have been slightly different rock as it was home to some new species for the card – Tortula muralis, Homalothecium sericeum, Bryum capillare. The rock was cemented to the ground, presumably to stop it rolling downhill, and the cement mortar allowed some base-loving species to thrive: Didymodon rigidulus and insulanus were found here, and some other little acrocarps still to be identified.

While 3 of us were still pottering around the rocks, Gary disappeared and returned with Racomitrium lanuginosum, and then R. ericoides… We all decamped to the stone wall at the edge of the wood where he’d found them, and recorded a few different species as well as collecting several more Racomitrium specimens – with and without hairpoints (confirmed as R. obtusum, awned and muticous forms). Aulocomnium androgynum was found here, and more of the curly acrocarp – or was it something different? (confirmed as Cynodontium bruntonii).

After a pleasant half hour along the wall, we returned to the wood surprised to find that it was already 3.30 and beginning to get a bit dark for woodland bryologising. So we gradually made our way down the hill and back to the cars, picking up a few more species along the roadside.

Some photos from the meeting

Click on an image to view a full-size version 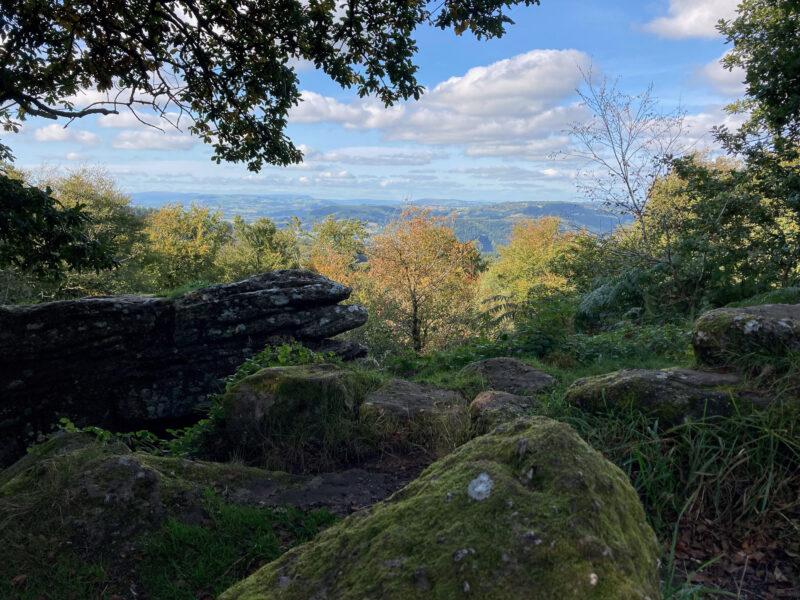 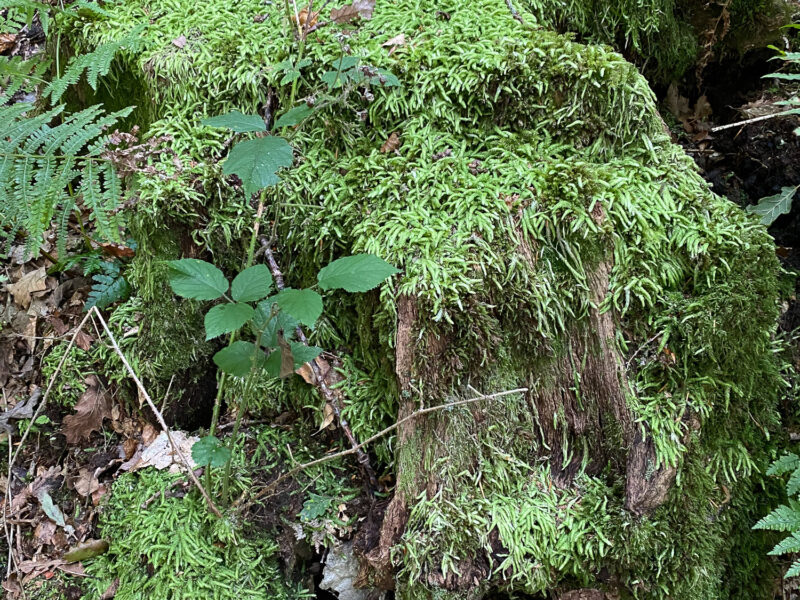 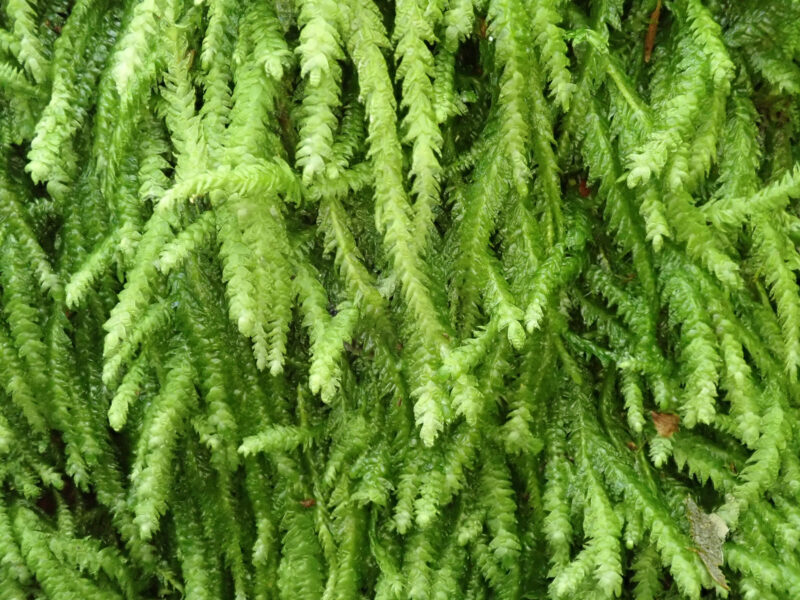 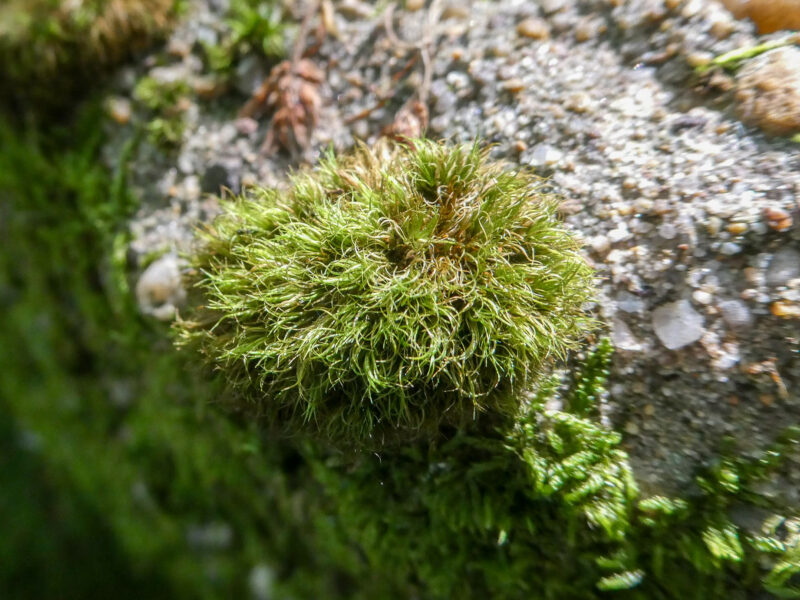 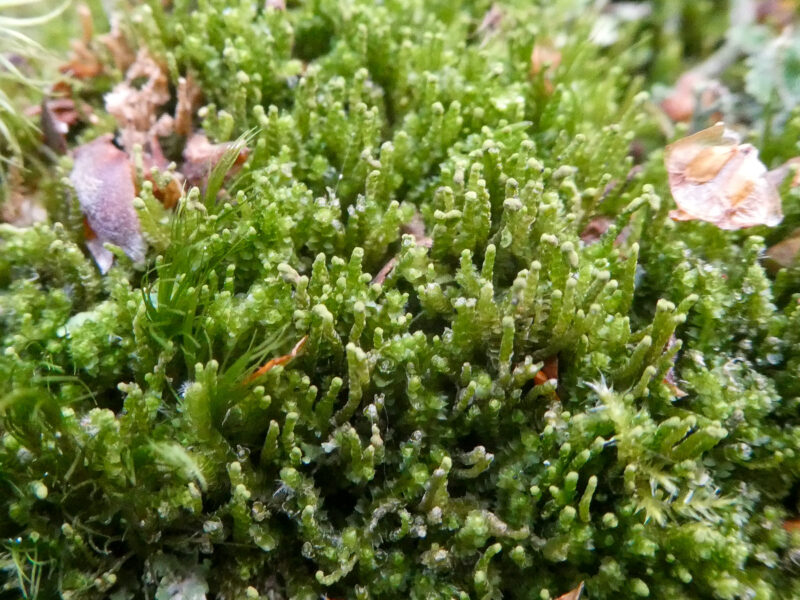 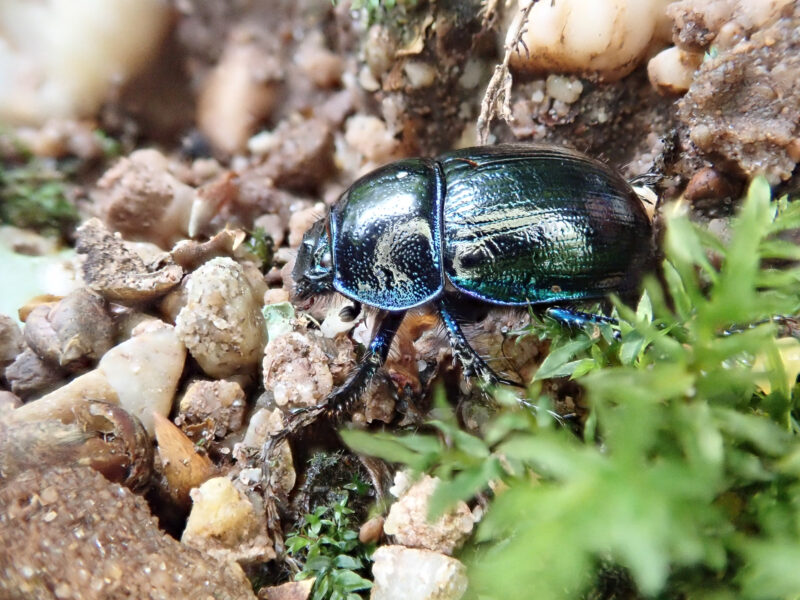 We will return to the Staunton area (where we visited Bunjups Wood in early 2020), and explore some of the other woodlands in the area, starting with Buckstone Wood. This woodland has been quite well recorded and has some nice species (Bazzania trilobata, Dicranum fuscescens, montanum and scottianum, Leucobryums), but hopefully more to find. We may also head north to explore Headless Hill which is in VC35.

Meet in the layby on the road bend at SO53881239 (marked with a P on the map). There should be enough room for several cars, but if there’s a problem, there’s another layby slightly closer to Staunton.

Please ensure that you download and read the Risk Assessment below before the meeting.