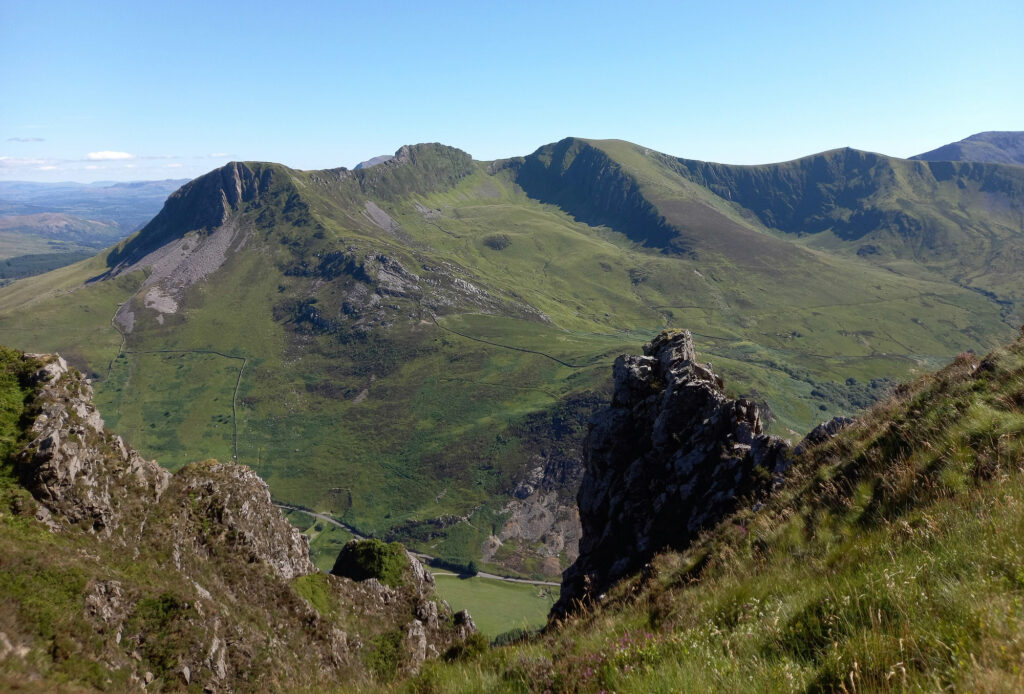 Looking back towards the upper Nantlle valley

Four of us met by the dam of Llyn y Dywarchen at the head of the Nantlle valley on a glorious Saturday in July.

We started off by examining the bryophytes above the lake. Here we found cushions of Leucobryum  and a number of cushions of Racomitrium aciculare both in a habitat you would have thought would not be sufficiently damp. We spent some time at a little concrete dam where we found Didymodon fallax and Tortula muralis, and also Hygrohypnum luridum in the channel formed by the outflow from the lake. 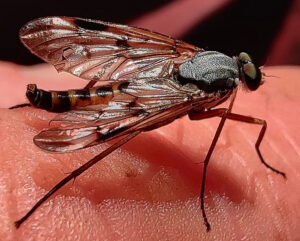 The day was exceptional for the number of spectacular insect species that we spotted, including watching a caddis fly imago that chose to complete its emergence on Julie’s sleeve.

We spent some time in a marshy area surrounded by dragonflies and damselflies where we recorded a number of Sphagnum species. We then moved on across mountain pasture to an old ruin next to a couple of very old mature ash trees with Neckera complanata. The drystone walls of the ruin furnished us with Weissia controversa var.controversa, Zygodon viridissimus and Grimmia trichophylla. A very pale Mnium hornum in a wet runnel that appeared to not have a border kept us occupied for a while.

We finished the day walking down through the forestry towards Rhyd Ddu alongside a wet rocky bank that added a few extra species to our monad list including Oligotrichum hercynium, some spectacularly coloured sheets of Scapania undulata, and some very luxuriant cushions of Racomitrium aquaticum that caused some confusion due to its extremely pale golden colouration.

It was perfect weather for bryologising and a total of 64 species were recorded. Julie Rose won the prize for sustainability this time by walking home to Rhosgadfan across the top of Mynydd Mawr.