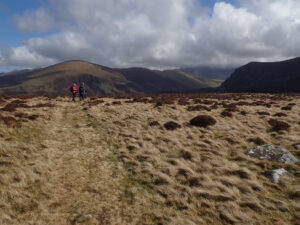 Four of us met on a triangle of waste ground just above the village of Rhosgadfan on the western side of the Snowdonia National Park, quarrying country, not far from the Nantlle valley. There were dramatic views out over the Irish Sea and down the Lleyn Peninsular, and a wind telling us that we were not that far from the coast. Having put on all the clothes that we possessed we made a beeline for a nearby dry-stone wall abundantly smothered in bryophytes underneath a few wind- blasted trees. One of the first bryophytes spotted was a patch of Cryphaea heteromalla. Obviously happy to live on stone in this western oceanic environment. A handsome cushion of Ptychomitrium polyphyllum was duly admired and a small sample of the first Grimmia of the day was collected.

By common consent it was decided that we should move a bit to warm up and set off up the hill towards Moel Tryfan. Lots to interest us on the way. Large patches of Racomitrium ericoides growing on the track were compared with Racomitrium lanuginosum and male shoots of Polytrichum piliferum were admired. Another Grimmia, probably G. donniana, was collected.

The summit was reached as a wave of sunshine forced its way through the clouds. A dramatic ‘tor’ of nodular rhyolite kept us occupied for quite some time including the discovery of a small patch of Ptilidium ciliare and a patch of putative Isothecium interludens, to be looked at by someone who knows about these things!!!

From the summit we made our way across a grassy heath and down into the quarry spoil heaps. A few calcicoles were found on the ruins of a mortared wall including Encalypta streptocarpa and Pseudocrossidium revolutum, before we ducked down into a hollow and stopped for lunch.

After satisfying the inner man, we wound our way slowly through a passage formed between two slate tips. A patch of Pseudotaxiphyllum elegans was found with a fuzz of incredibly luxuriant branchlets. Large patches of fruiting Ditrichum heteromallum were looked at and both Orthocaulis atlanticus and Orthocaulis floerkii were found, lurking in odd corners with Diplophyllum albicans, Marsupella emarginata and Lophozia ventricosa. There were large luxuriant cushions of Scapania gracilis on the northern slopes of the spoil heaps and Racomitriums everywhere!

The day finished with a quick troll around a small marshy area close to the cars. A handful of Sphagna, some Straminergon stramineum and an unidentified hook moss to be looked at later under the microscope were duly noted, before it was decided that it was time to go home after another enjoyable day in the mountains. We have lots of interesting samples yet to be identified. Thank you to Julie Rose for organising a most satisfying excursion. 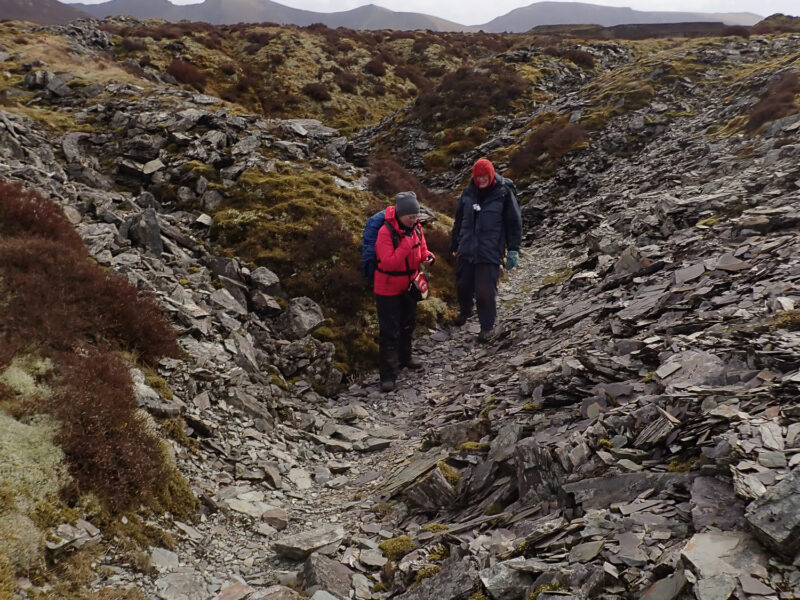 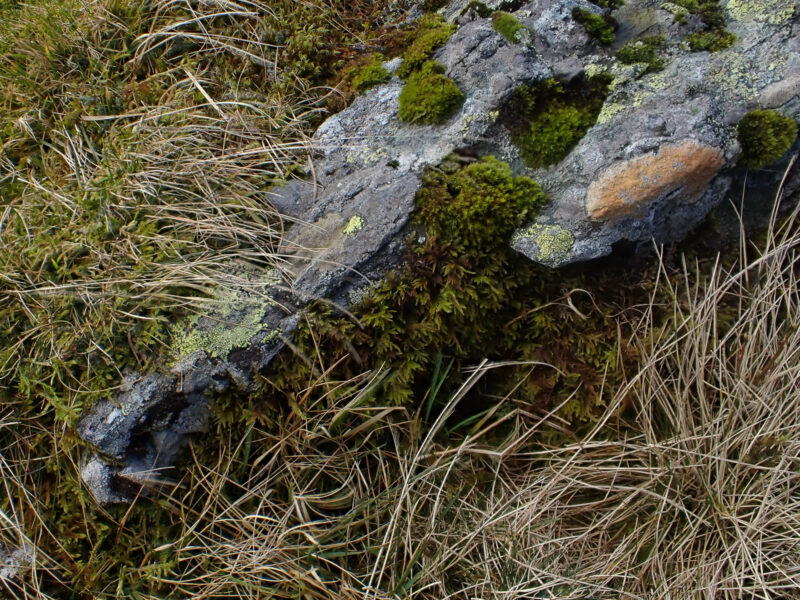 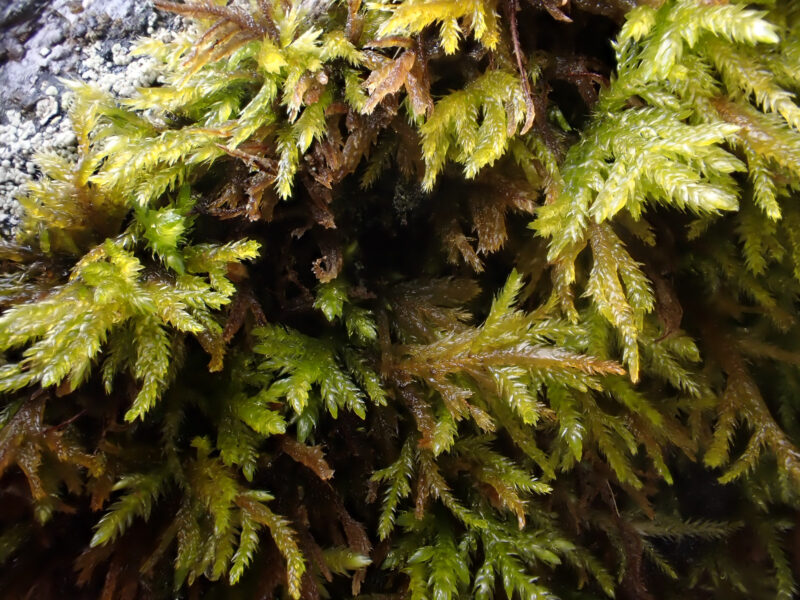 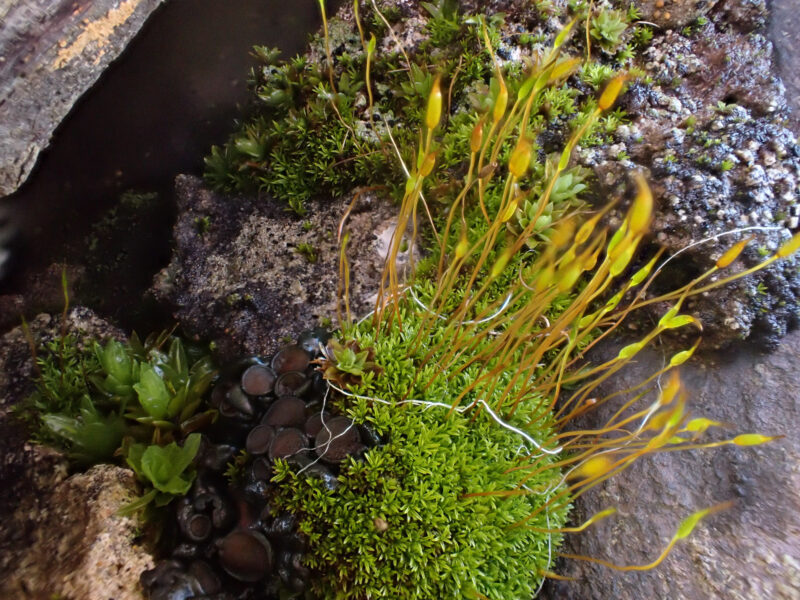 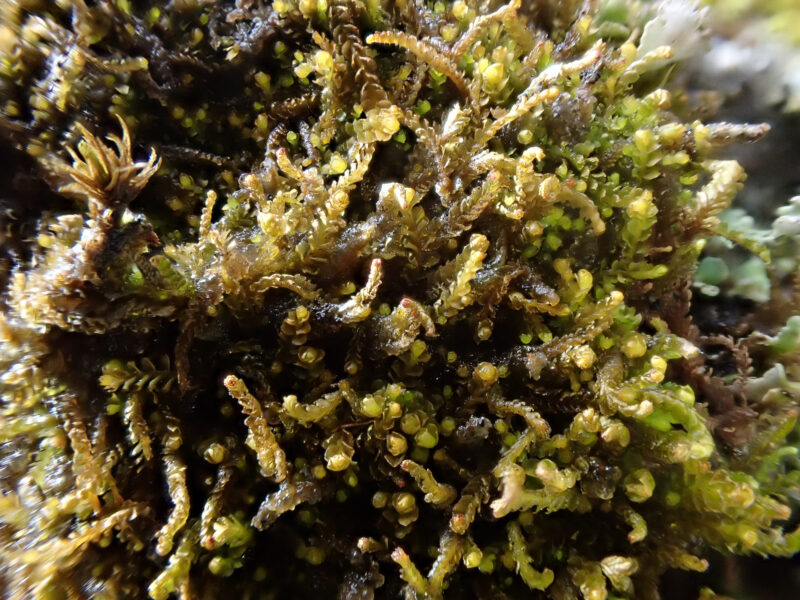 A variety of habitats, slate quarry, heath, marsh, stone walls and urban, but all quite acidic. It is 1000ft up, so will be cancelled or moved lower down if the weather is bad. Ground is uneven and unstable in places, resilient footwear required.