Fontmell Down is well known for its stunning views across north Dorset’s Blackmore Vale as the chalk hills of Cranborne Chase plunge westward in a series of precipitous slopes and impressive dry valleys. The meeting, however, began in thick hill fog as nine expectant bryologists met to explore the extensive chalk grasslands of Dorset Wildlife Trust’s Fontmell reserve. As we made our way along the ridge we soon encountered some typical pleurocarps of these slopes: Homalothecium lutescens, Pseudoscleropodium purum, Hypnum cupressiforme var. lacunosum and Calliergonella cuspidata, with the bright green fronds of Ctenidium molluscum creeping through the turf. Careful examination of the more open areas along the numerous terracettes and tracks soon revealed patches of Didymodon fallax and the darker green leaves of Weissias. Most plants, with capsules held aloft on long setae, were probably W. brachycarpa var. obliqua, but without dehisced capsules it was not possible to confirm this. There was also much W. angustifolia, with its distinctive round capsules on very short setae. At one point a call went up from Sharon further down the slope as she had found some W. sterilis, a Nationally Scarce species that had not previously been recorded from this location. The plants looked larger and more straggly than the other two Weissia species and critically had several capsules nestling in the branched shoot tips. Photographs and grid references duly taken, we moved slowly on noting Fissidens dubius and F. incurvus, as well as Neckera crispa, with its undulate shining leaves poking out from more sheltered turf. A lot of kneeling down to closely examine likely spots for small acrocarps was eventually rewarded with the discovery of Ephemerum recurvifolium, its minute leaves and capsules a distinctive bluer green colour and barely visible on pockets of open soil. Jim found a patch of Tortella (Pleurochaete) squarrosa with slightly atypical leaves, but on closer inspection it was agreed it was this.

Later we walked down through an area of secondary woodland, called ‘Cat’s Whiskers’ – the owner who planted it thought it was just that! Here we found the track covered in Mesoptychia (Leiocolea) turbinata, with what looked like M. badensis in patches. This latter species was confirmed microscopically by Sharon. Plagiomnium rostratum, Pellia endiviifolia and a small amount of Riccardia chamedryfolia were also on the path. Humid woodland banks had further sheets of Mesoptychia and also Bryoerythrophyllum recurvirostrum, Dicranella howei (recognised in the field from D. varia by its stiffer, more upright habit) and Hylocomiadelphus (Rhytidiadelphus) triquetrus. Some patches of Tortella inflexa were found on chalk pebbles in the wood, as was probable Seligeria calycina (without mature capsules). Lunch was had on a pleasant bank overlooking the lower part of the valley, as the sky finally began to clear.

In the afternoon we made our way up the grand amphitheatre of the head of the dry valley, known as North Curlew, looking like a group of penitent pilgrims as we knelt at frequent intervals to inspect the ground. Here the turf is dominated by large amounts of Entodon concinnus, its golden green colour, blunt-tipped shoots and two-dimensional habit distinguishing it from several similar mosses. The humid nature of the turf was indicated by distinctive patches of Dicranum scoparium. Anomodon viticulosus was found at the base of an anthill, showing this species, which is more typical of wall and tree bases, can be found in grasslands. Yet again the narrow paths with their trampled surfaces and microhabitats under low banks provided the best pickings. More Weissia sterilis and Ephemerum recurvifolium were found. Small patches had Microbryum rectum and M. davallianum. Sharon later confirmed the reinstated M. davallianum var. conicum from here. There was much discussion about the Bryum species growing along this section. There were tiny plants of B. dichotomum, some patches of B. capillare and B. radiculosum, but also clumps that had the appearance of B. torquescens. Jonathan collected a specimen that under the microscope was clearly synoicous, confirming it as this species. Pete pointed out some patches of a form of Oxyrrhynchium hians with upright crowded shoots, which is often found hereabouts on sheltered humid anthills and banks. This is probably the formerly recognised var. rigidum.

The group eventually wound its way up to the top of slope, this time with a splendid view of the glorious landscape. It was felt that the chalk grassland here was in good heart and that an excellent range of species had been found. 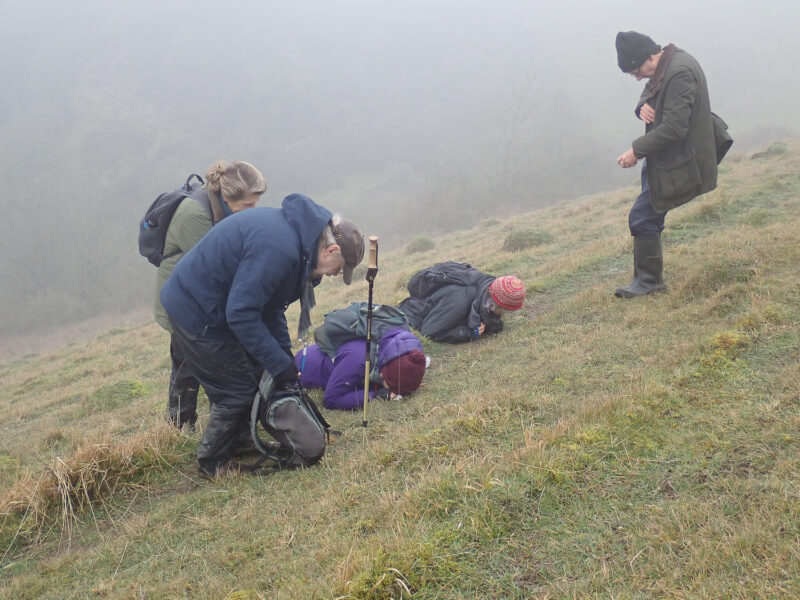 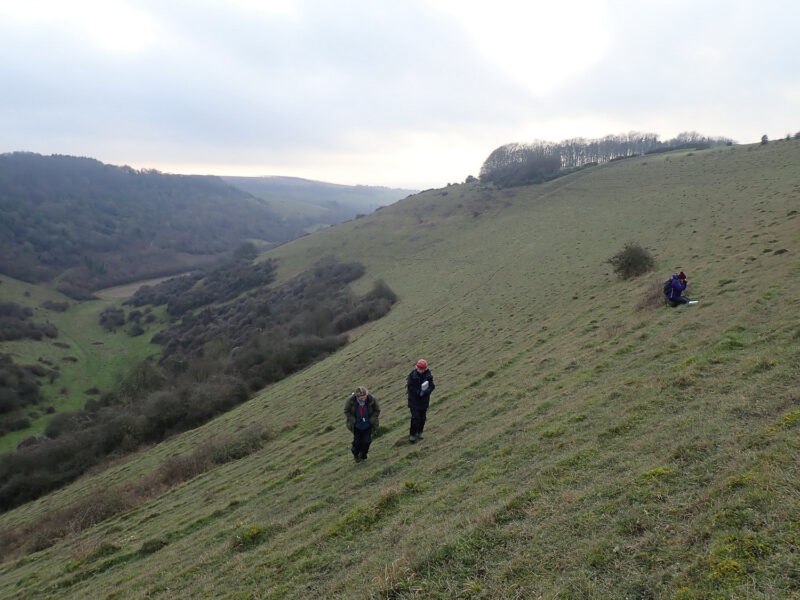 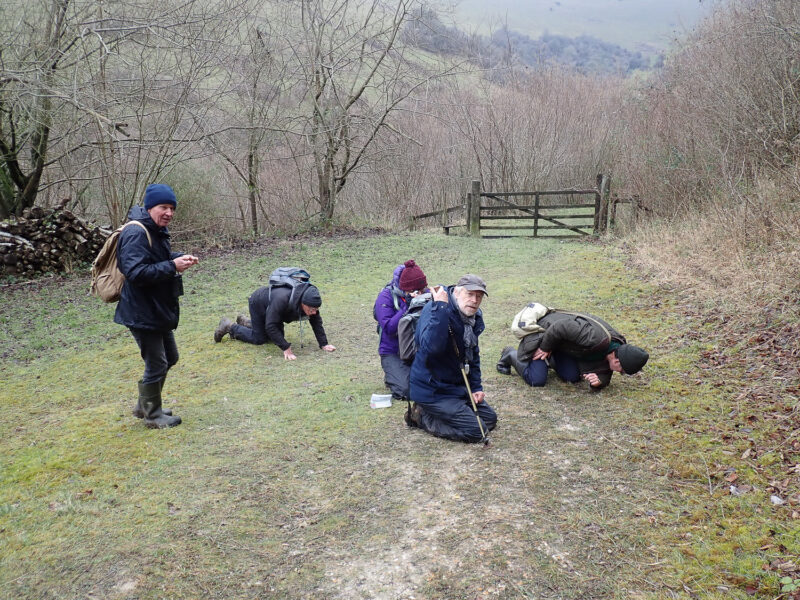 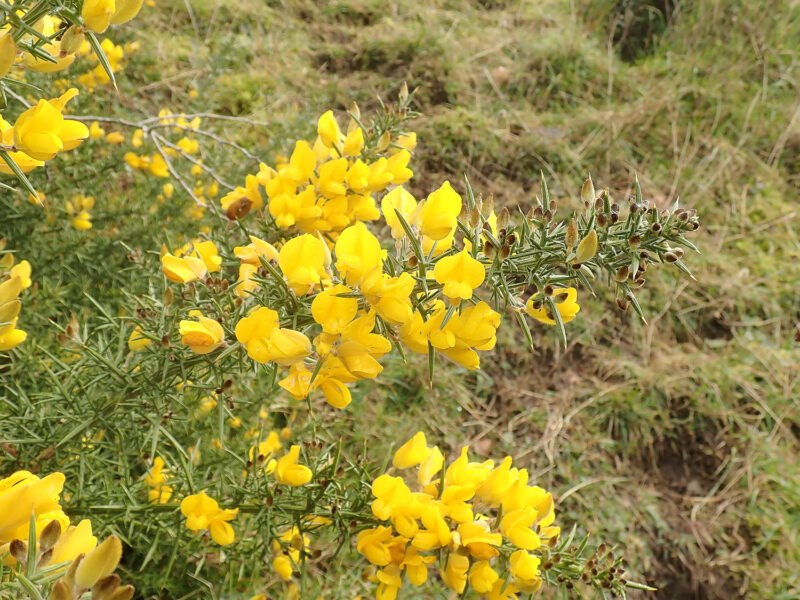 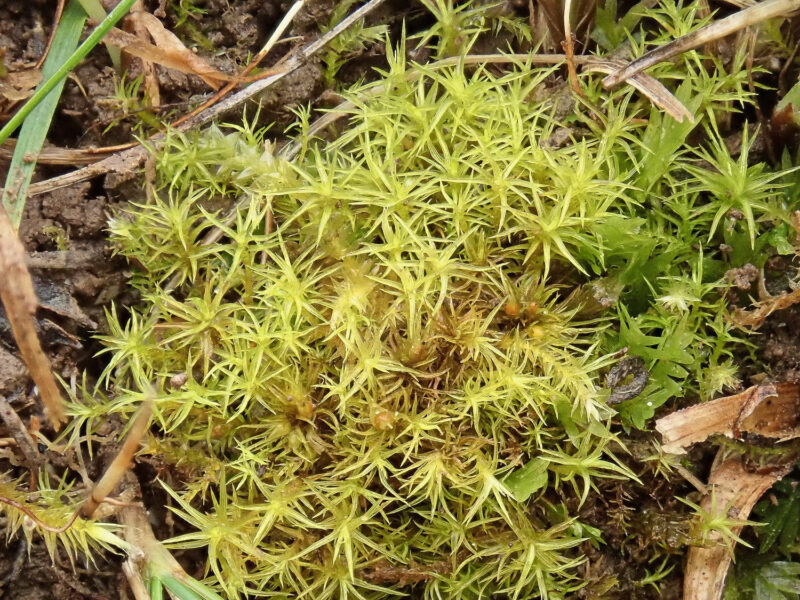 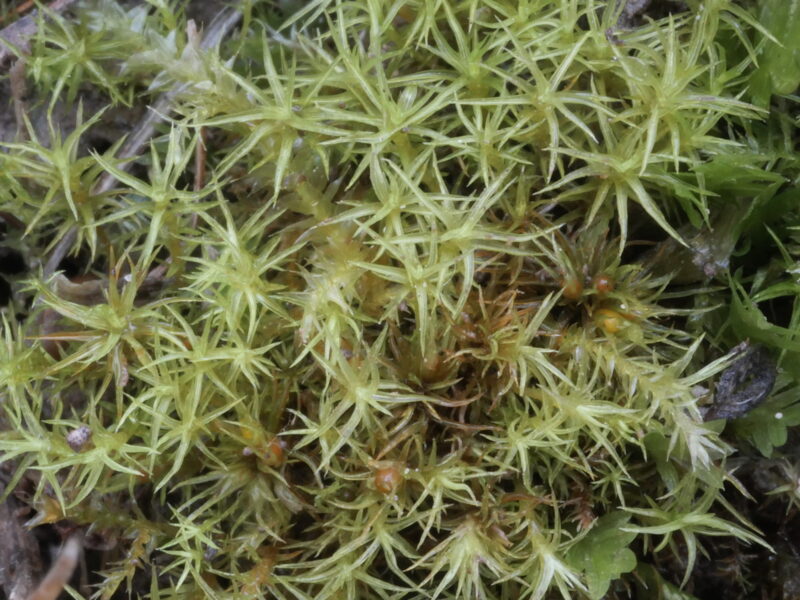 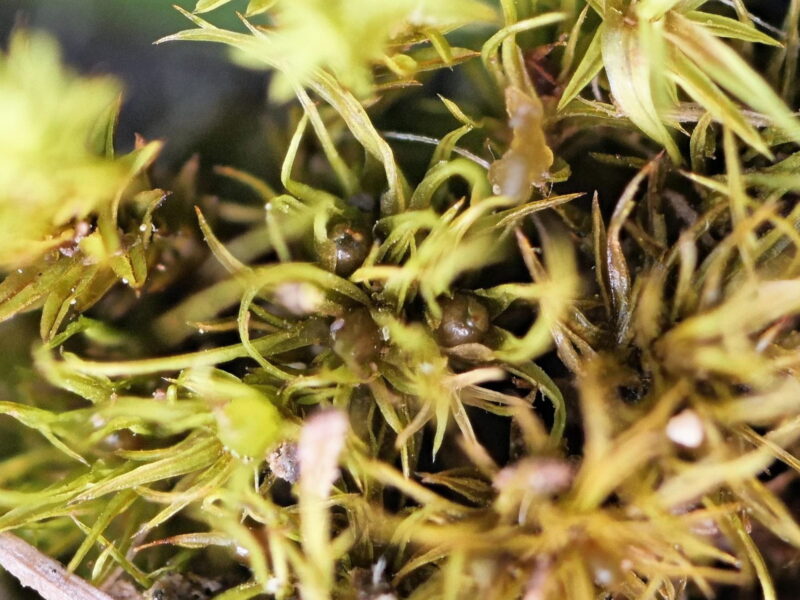 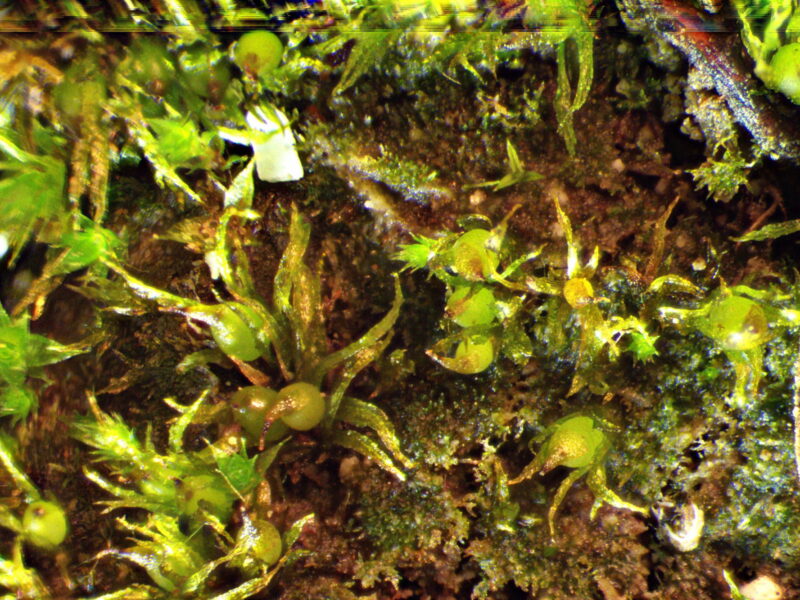 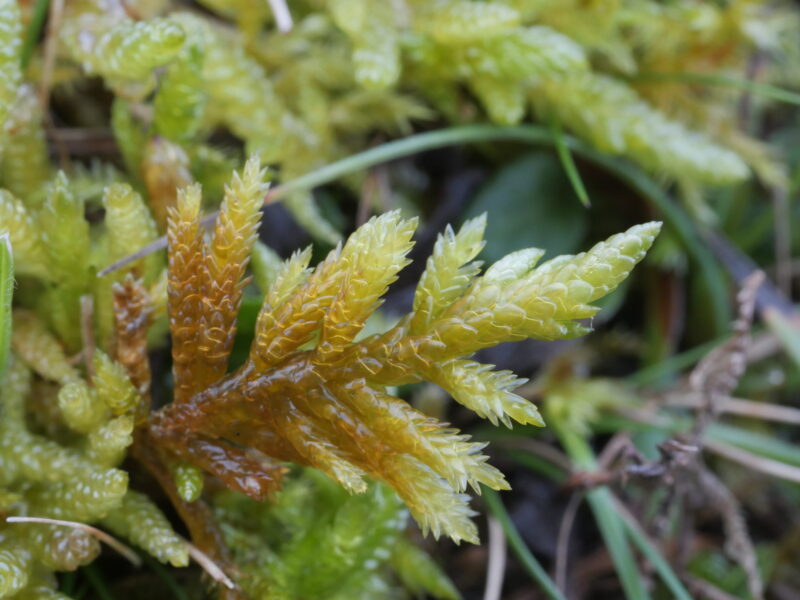 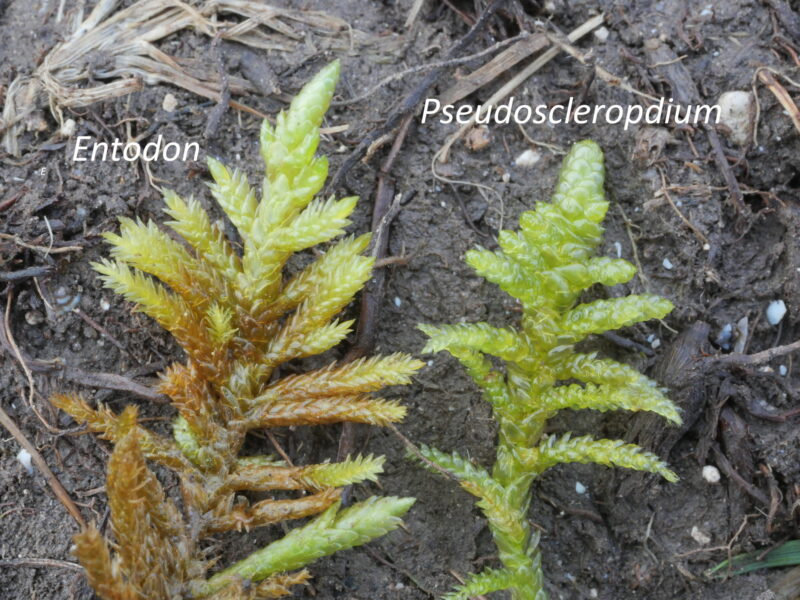 A chance to explore this escarpment on the western edge of Cranborne Chase which has extensive areas of excellent chalk downland habitat, owned by the Dorset Wildlife Trust and The National Trust. There is a good range of bryophytes, including such species as Entodon concinnus, Tortella (Pleurochaete) squarrosa and Ephemerum recurvifolium. There is also scrub and woodland to explore. Please note that some of the slopes are steep.