This meeting in the far west of South Somerset (VC5) was to explore one of the smaller rivers that drain northwestward towards Lynmouth in Devon. An enthusiastic group of six met at Robber’s Bridge car park nestled deep in a valley just a few miles inland from the coast. The immediate impression was of a location bursting with bryophytes. The banks, walls and trees were covered in thick carpets of moss. We started by sorting out some of the larger pleurocarps such as Pleurozium schreberi, Hylocomium splendens, Rhytidiadelphus loreus and Plagiothecium undulatum. After admiring two ash trees weighed down with lichens and mosses such as Frullania tamarisci and Dicranum scoparium, as well as the ubiquitous Isothecium myosuroides, we made our way to a path along the Weir Water. Here the low slopes up from the river held impressive mounds of Sphagnum quinquefarium and S. palustre, with the occasional hummocks of S. capillifolium. Rock faces had the inevitable sheets of Diplophyllum albicans, with additional Scapania compacta and Lophozia ventricosa, sporting its bright green gemmae. Further along we came to some flushed areas with an exciting array of species indicating neutral to highly calcareous conditions. The first to flag-up that this area was a little different was Campylium stellatum, with its star-like whorls of yellow-green leaves. Soon we found large amounts of the upright shoots of the ‘hook moss’ Scorpidium cossonii, with smaller quantities of Sarmentypnum exannulatum. Patches of the base-demanding Sphagnum contortum were a prize find. Nearby we also found good populations of S. teres – another rare base indicator. Later Sharon pointed out the attractive stems of Breutelia chrysocoma, another scarce Exmoor species. These base-rich flushes in Exmoor appear to have been overlooked in the past and to my mind they make an important contribution to the biodiversity of the National Park.

After lunch having explored some more excellent flushes, we moved on up the Weir Water. First stopping at a very wet slope where, under a collapsed willow there was a large colony of Trichocolea tomentella, with Hookeria lucens growing nearby. Sharon found some Plenogemma (Ulota) phyllantha with antheridia in this very humid habitat – an unusual phenomenon for this normally sterile species. The Weir Water itself looked very promising but it was running high. We did, however, find typical species such as Fontinalis antipyretica, Hygroamblystegium fluviatile, Rhynchostegium (Platyhypnidium) riparioides and Hyocomium armoricum. A partly collapsed stone wall by the river provided a habitat for several Racomitriums, including much R. lanuginosum, R. fasciculare and the newly split taxon R. obtusum. The tiny Grimmia donniana, with its attractive upright orange-capped capsules, was found growing here, as was some Lophozia excisa. Sharon collected a Polytrichastrum which on further study proved to be P. alpinum, which is new to VC5. In yet another flushed area Palustriella commutata was found growing with copious amounts of Philonotis fontana.

As the light started to fade we made our way back along the opposite side of the river which was more wooded. Here some old ash trees in an area of wood pasture were covered in Homalothecium sericeum and the foliose lichen Sticta sylvatica with, unusually, Plagiochila porelloides growing as an epiphyte. A marshy area on the way back to the car park had some Calliergon cordifolium. The day and my recce two days before produced around 130 species for the monad – an excellent total for this relatively unexplored area. 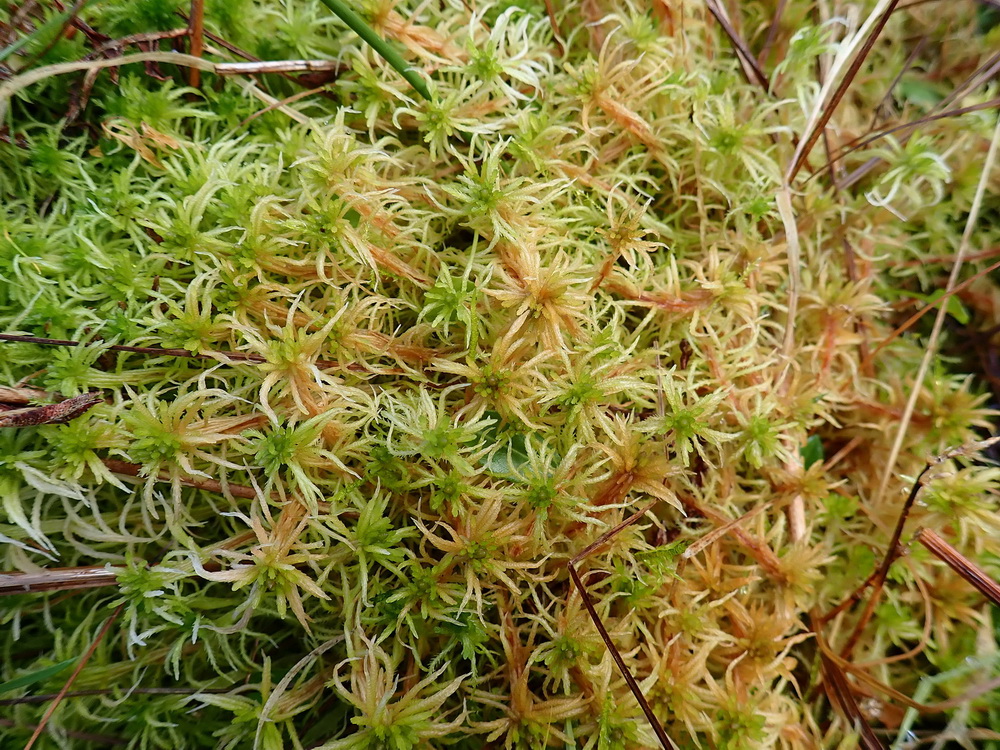 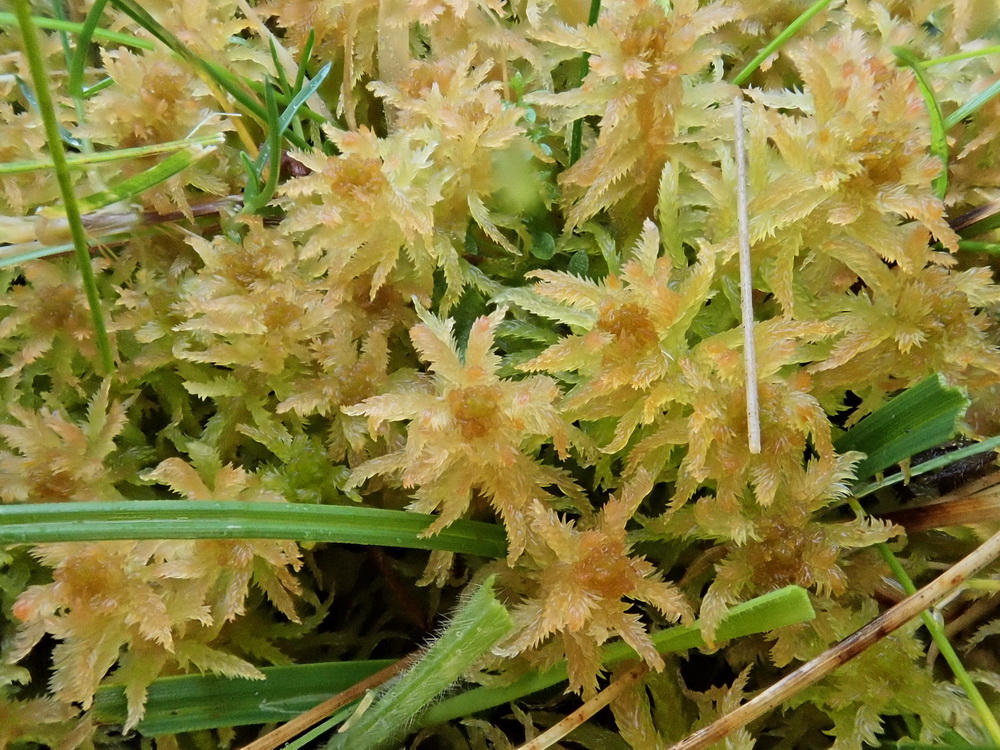 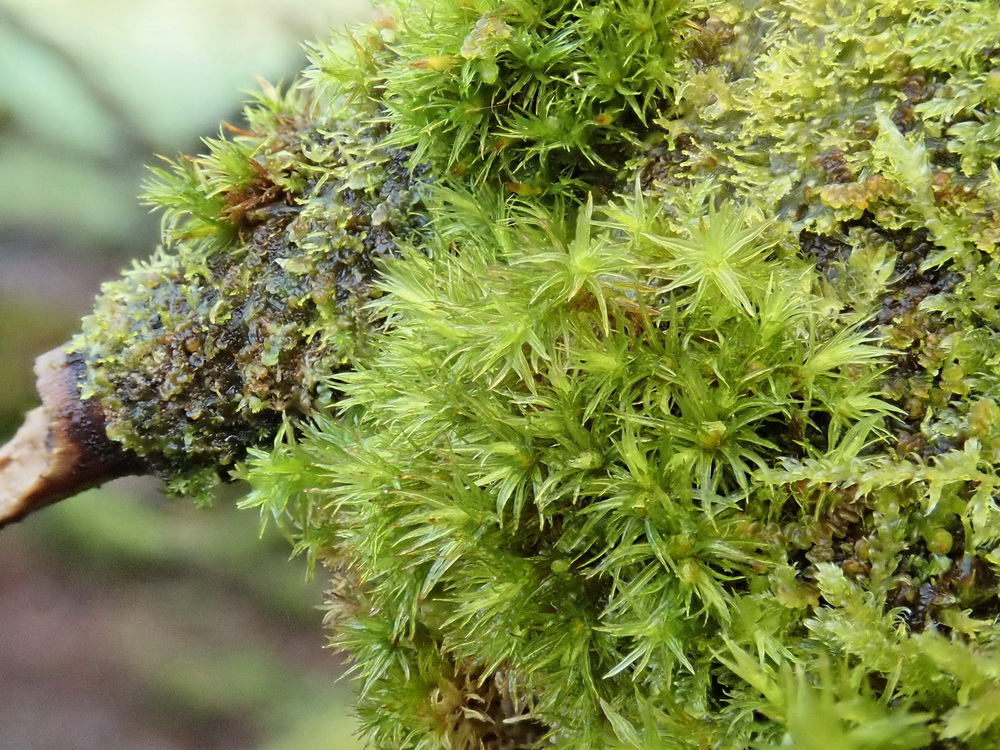 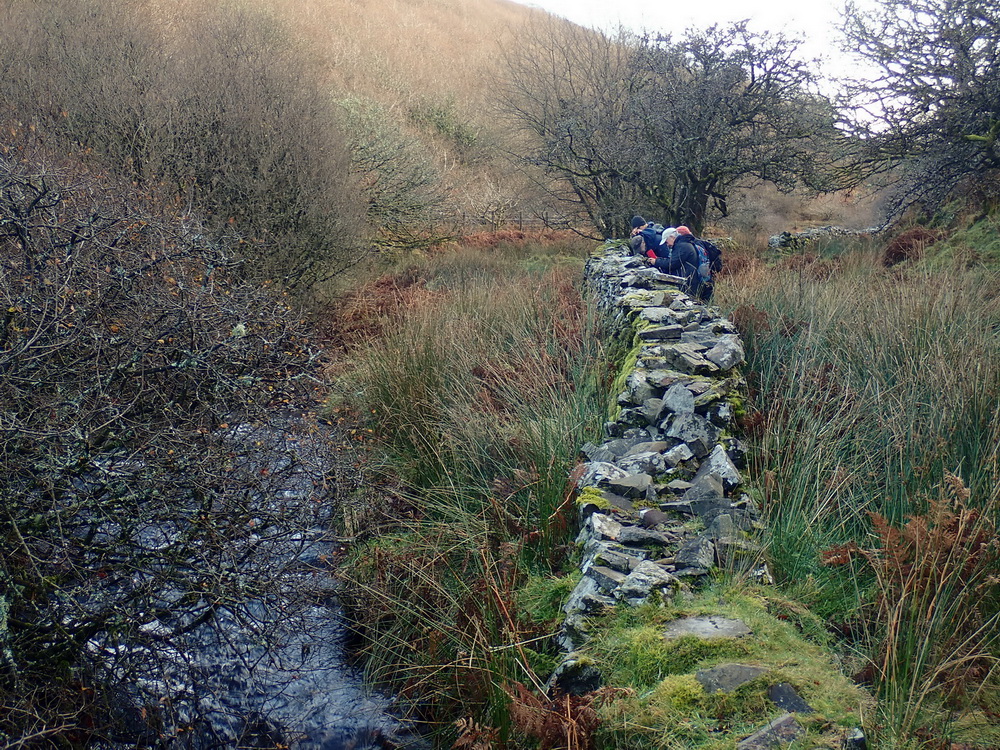 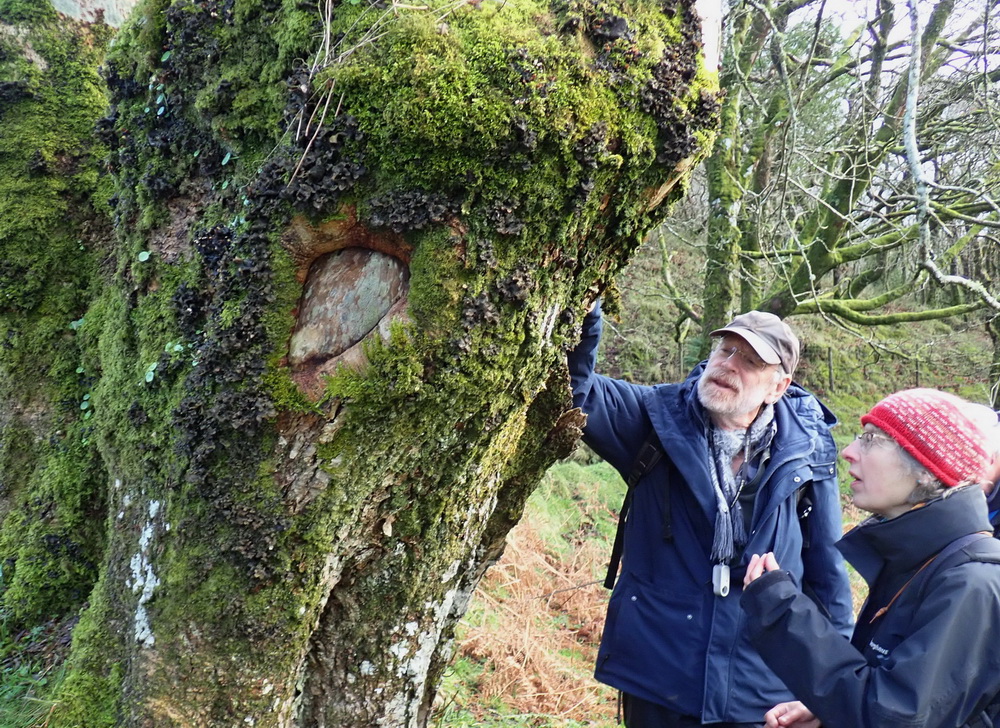 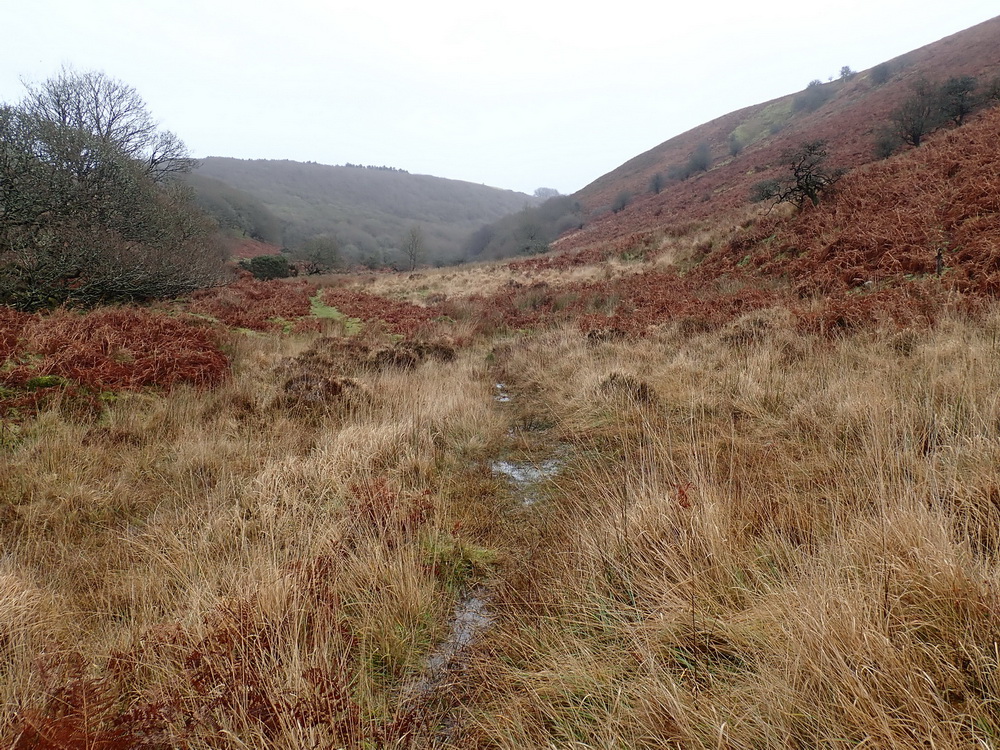 A trip to the far west of Somerset to explore Weir Water and Chalk Water which flow west to join the East Lyn River. There are few records from these headwaters. A recent trip turned up a nice selection of classic western river species, epiphytes and species of acid rocks, as well as some nice flushes, with species such as Campylium stellatum, Scorpidium cossonii, Climacium dendroides, Pellia neesiana and Marchantia polymorpha subsp. polymorpha, as well as some good epiphytes. It is wet in places so please wear wellies.

Park at the car park at Robber’s Bridge at SS 821464. This is accessed via the minor road signposted to Oare and Malmsmead off the A39, west of Porlock.