Aloina aloides is much the commonest species in a genus that is known by its fleshy-looking, opaque leaves and calcareous substrate. All four of our species are strict calcicoles and will only be found on highly basic and nutrient-poor soil, such as chalk and other limestones.

Mature capsules are needed to be certain that you have found A. aloides and not A. ambigua, which is a similar-sized but relatively scarce plant. Look at the capsule from the side – the erect and narrow peristome teeth appear to originate at or below the peristome mouth, on a near-invisible basal membrane 1-2 cells high. In contrast, a low membrane 3-5 cells high can be seen below the teeth in A. ambigua.

Leaf shape is not a very reliable character and care must be taken not to confuse juvenile or stunted non-fruiting plants of A. aloides with the two smaller – and rarer – members of the genus. However, A. aloides does not have elongate, thin-walled hyaline cells forming a border (sometimes not very clear or only partial) near the leaf base like A. brevirostris and A. rigida. The annulus (ring of cells at the peristome mouth does not persist after lid fall in the two rare species, but it does in A. aloides.

Superficially, small species of Pogonatum and Polytrichum may resemble Aloina, but these plants are calcifuges and never found on soils of a high pH. 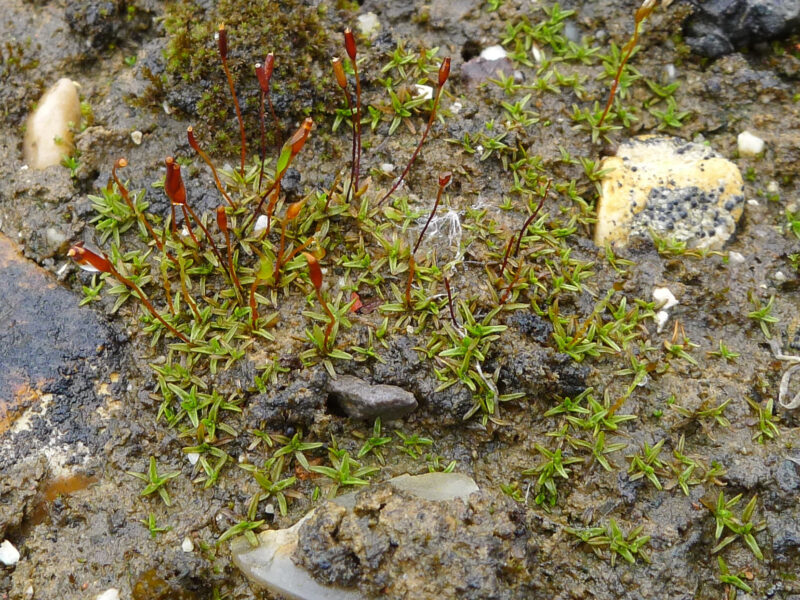 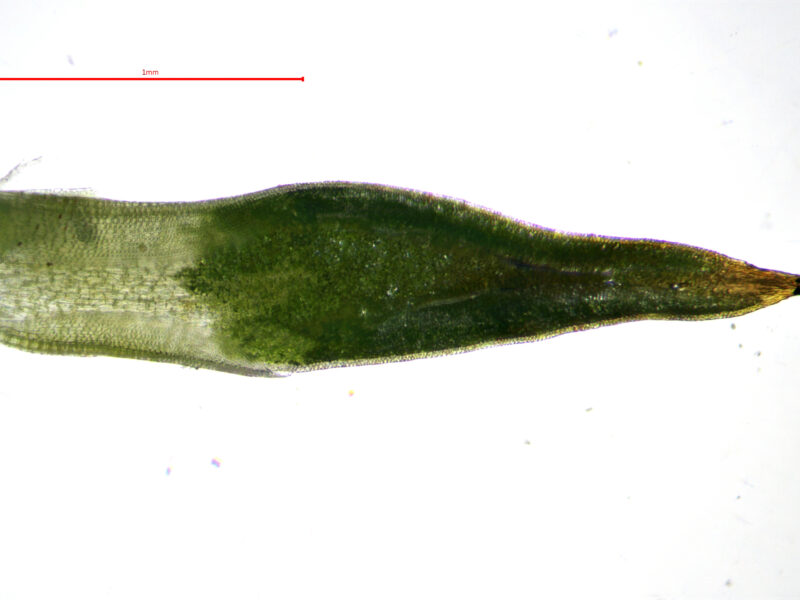 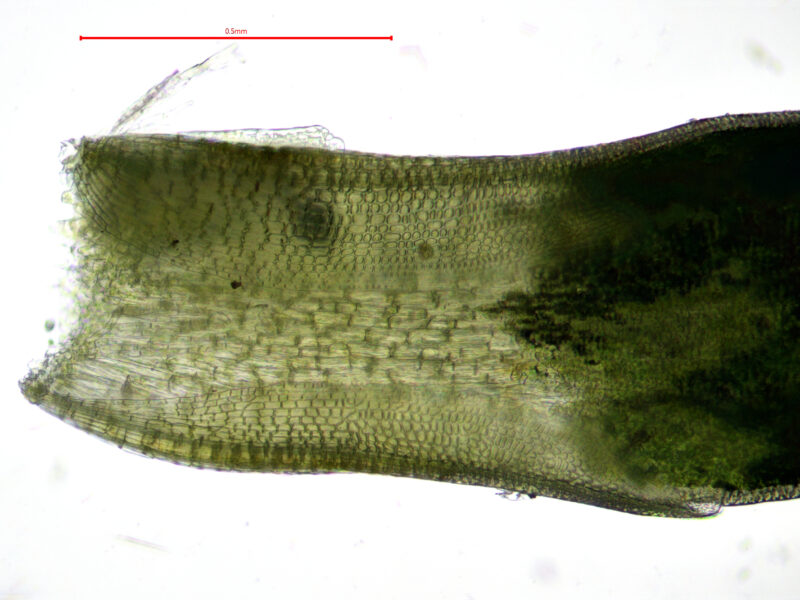 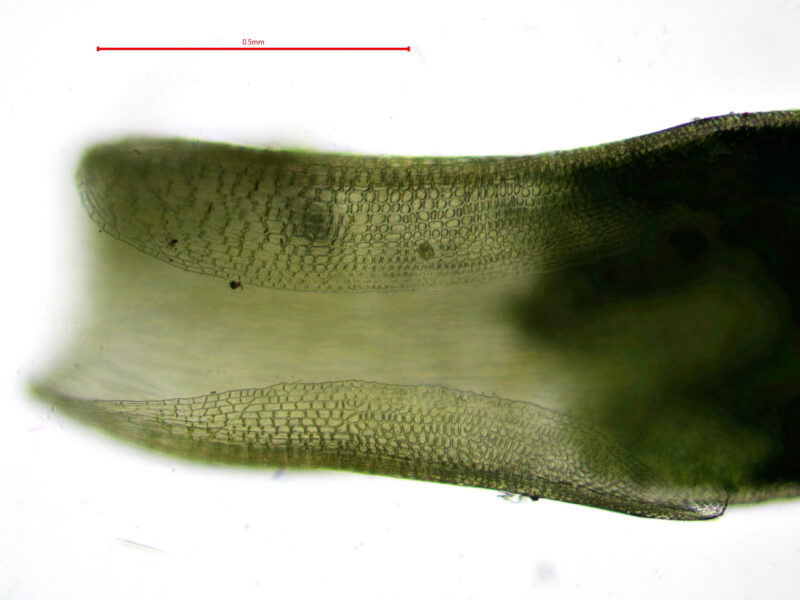 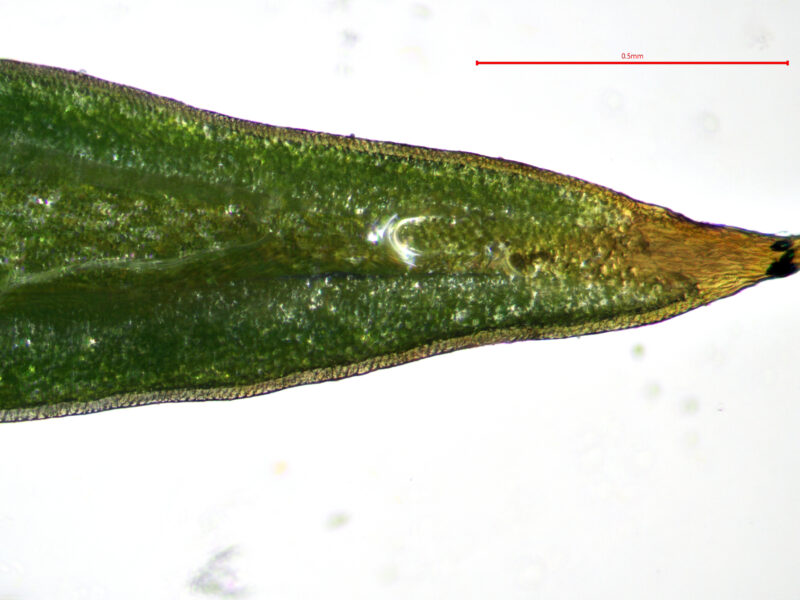 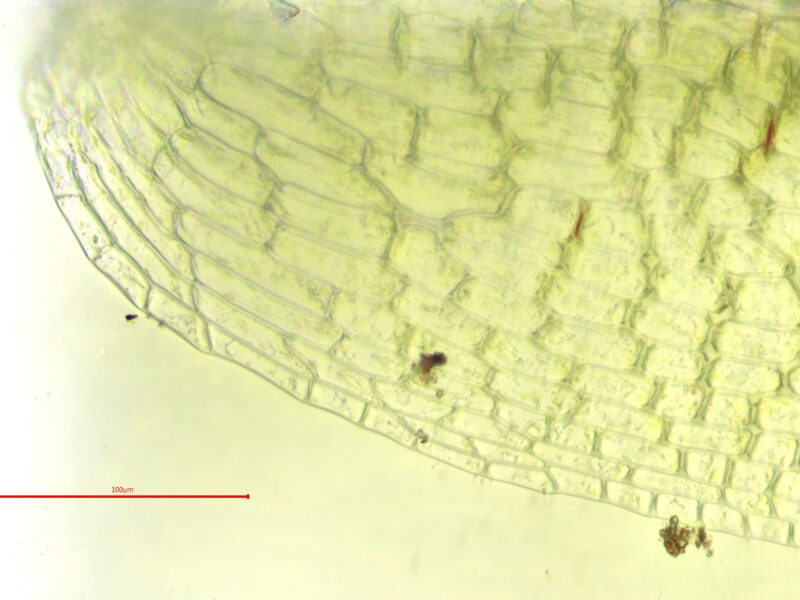 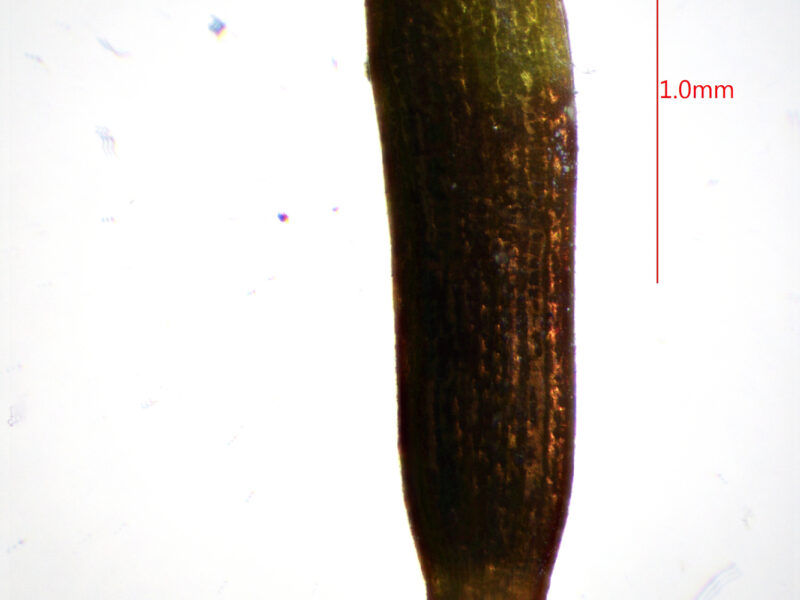 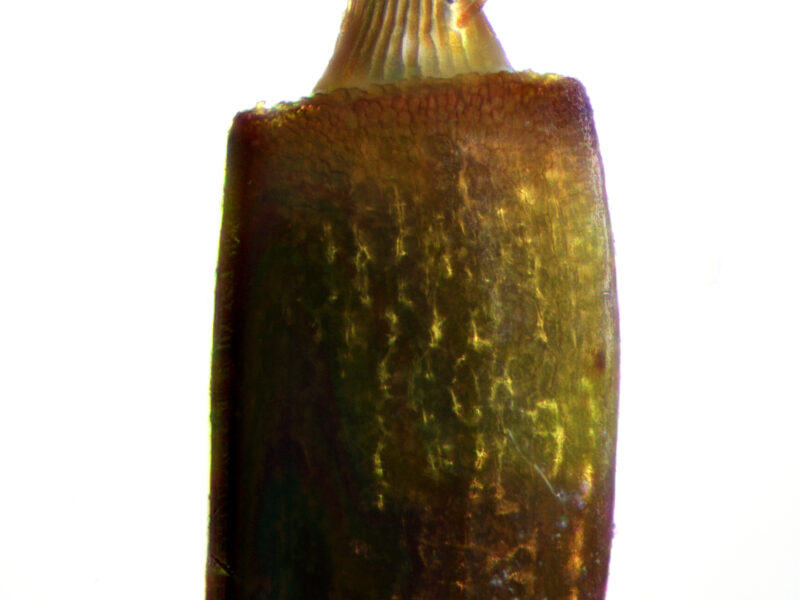