Currently thought of as an upland plant of the north and west, this handsome and robust species was formerly recorded from scattered localities across England. It then declined, probably due to air pollution, but more recently again has been turning up unexpectedly in the lowlands, so is always worth keeping at the back of one’s mind as it could easily be passed over for a common member of the Brachytheciaceae. It is generally found on the tops of boulders but also occurs as an epiphyte.

It has a stiffness and bushiness reminiscent of Rhytidiadelphus loreus or Eurhynchium striatum but with patent, concave, plicate, leaves with a strongly recurved margin. Sometimes the leaves are subsecund. The leaf apex is coarsely toothed, but the promised “unique grapnel-like apex” of recurved teeth sometimes turns out to be a disappointment. Some leaves have teeth on the apex of the terminal cell, forming more of a “unique elephant’s trunk-type apex”. Under the microscope, however, it is immediately clear that one is a long way from the Brachytheciaceae, with short incrassate cells that become rounded at the basal angles. The basal cells usually are pigmented yellow/brown.

Most records are from the north and west, but it may be returning to the lowlands. 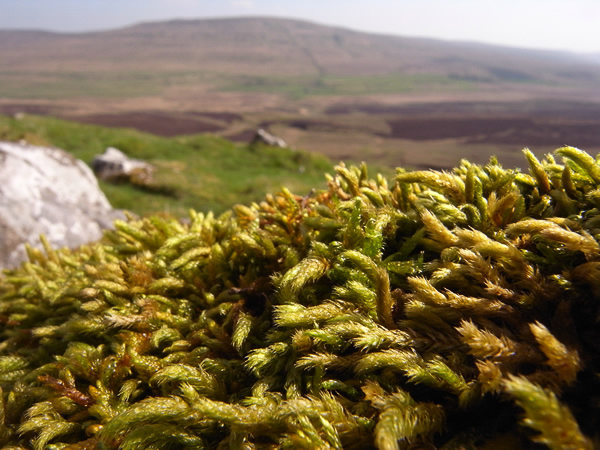 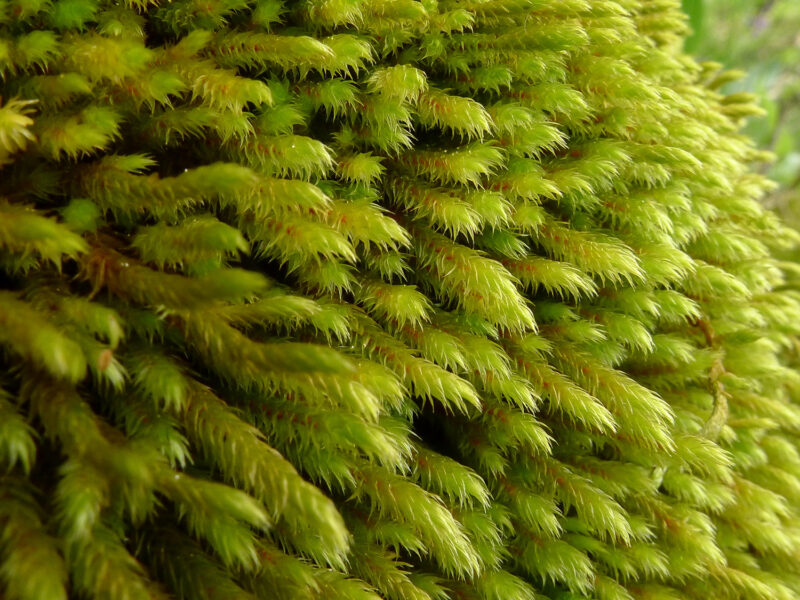 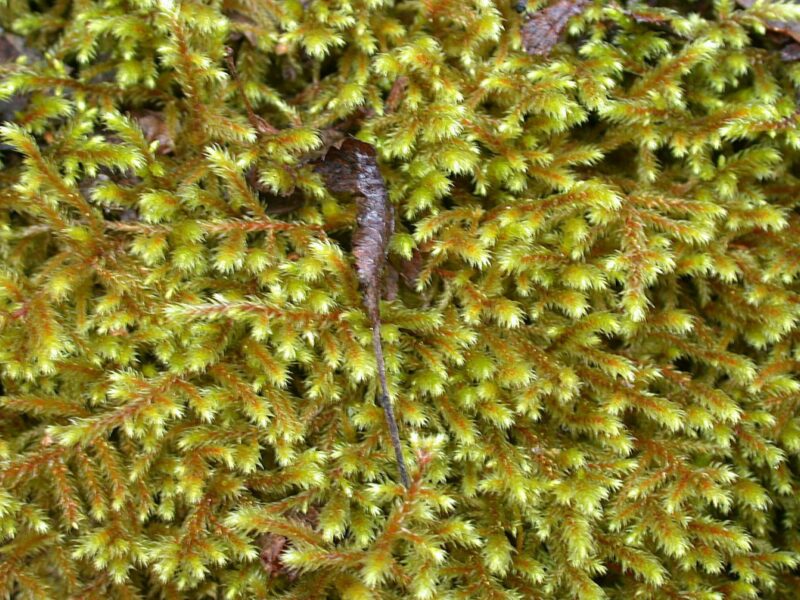 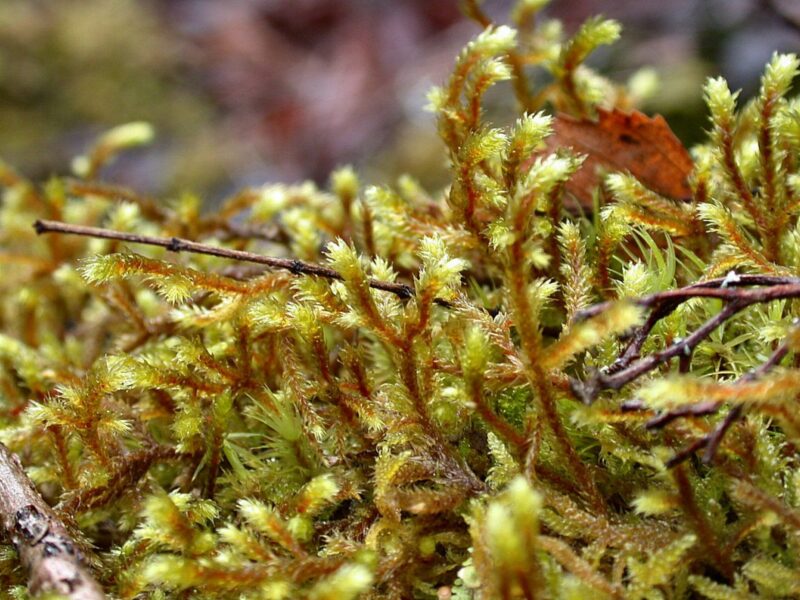 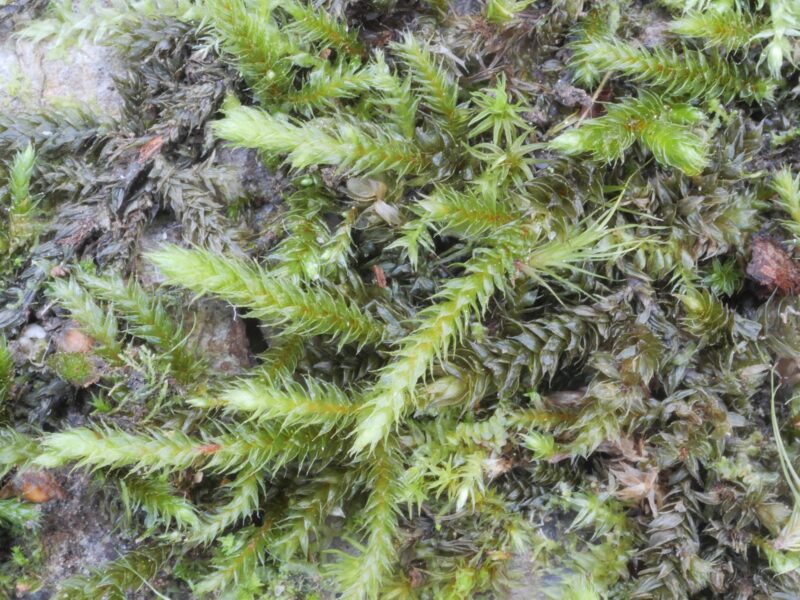 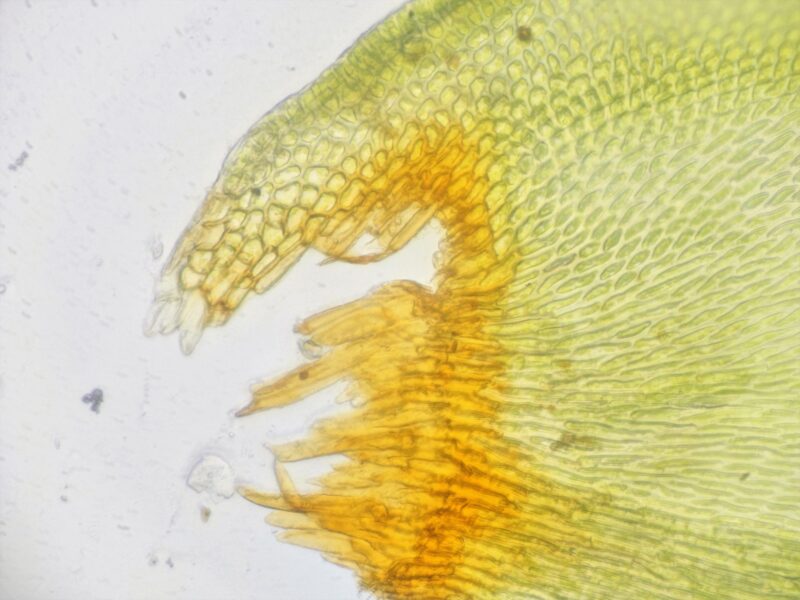 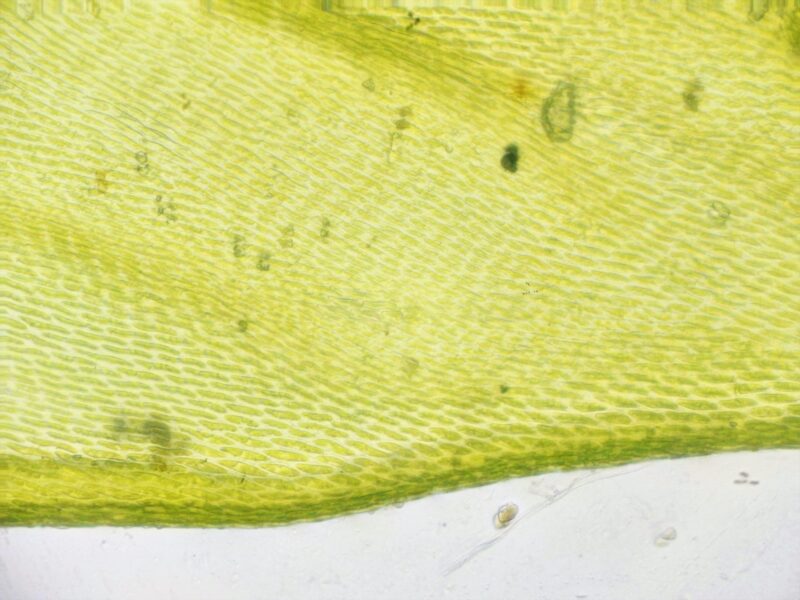 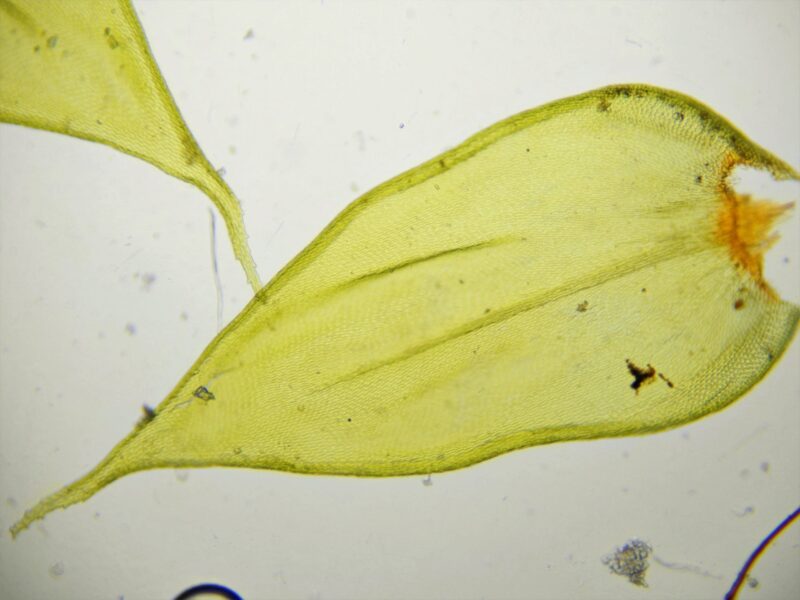 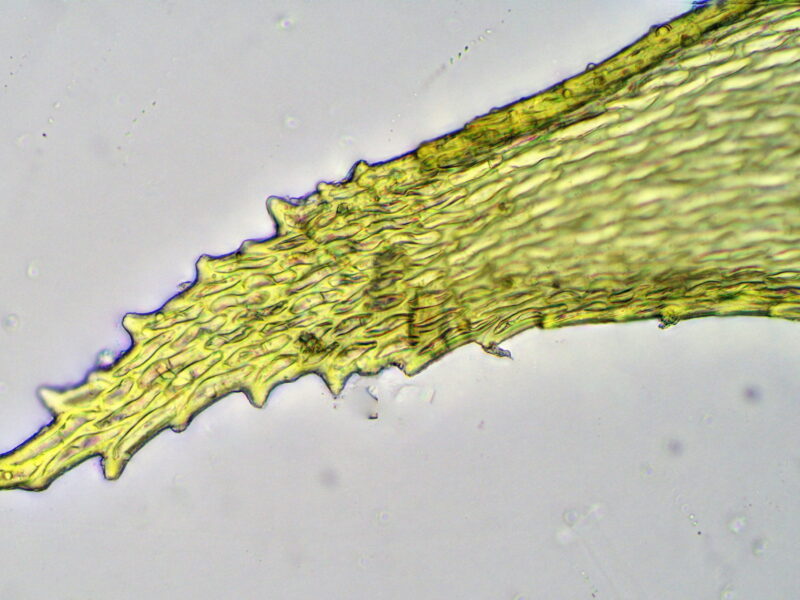 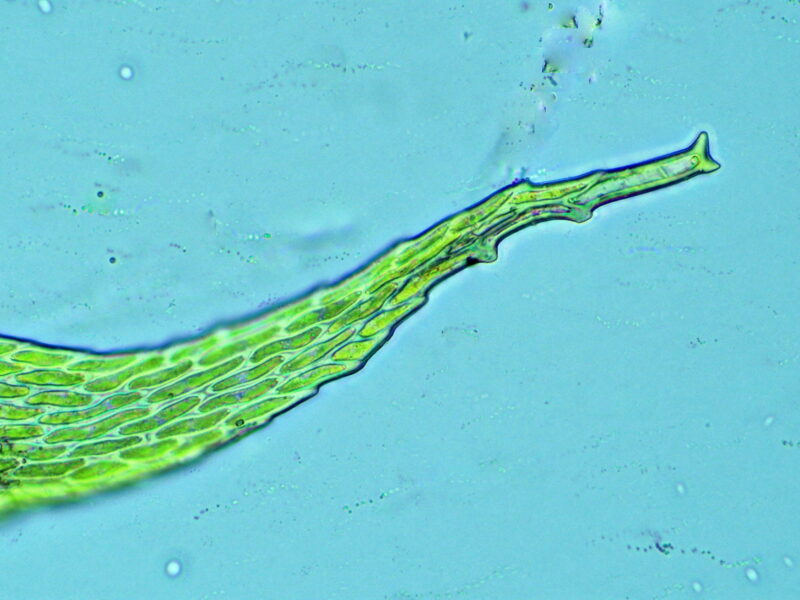 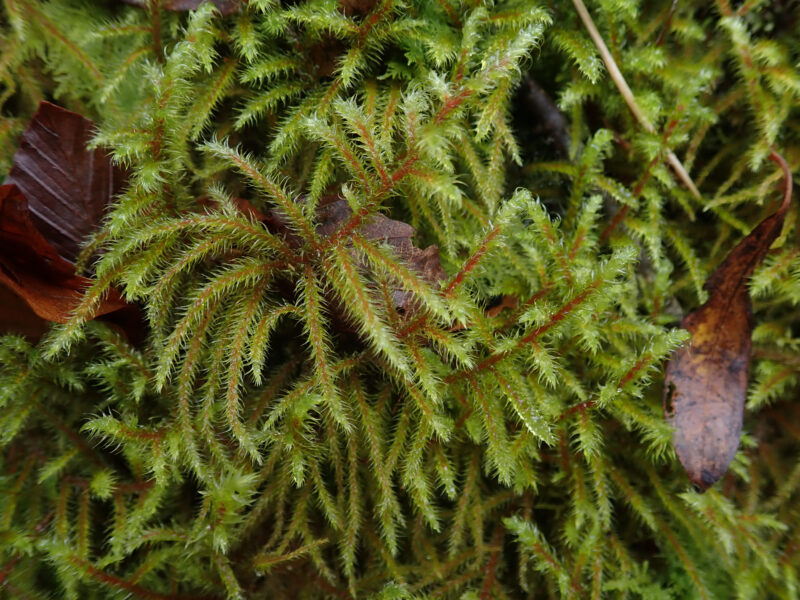