Bartramia pomiformis is frequently encountered in northern and western districts, much less so in the south and east. It likes sheltered nooks and crannies and because capsules stay on the plants for a long time, it is usually easy to identify as a Bartramia. When they are not present, it looks a little like a Dicranum or a Campylopus, but can normally be recognised from its distinctive glaucous hue. Another good field character is the covering of rust-coloured tomentum on the lower stems and a series of sharp teeth towards the leaf tip.

B. ithyphylla is a less common species and often recognised in the field by its very broad, silvery sheathing leaf bases. Under a compound microscope, the upper leaf cells of B. pomiformis are very short, whereas equivalent cells of B. ithyphylla are long.

B. pomiformis is a calcifuge, preferring base-poor rock types including sandstone and shale. It will never be found on limestone, where Plagiopus oederianus, another cushion-forming lookalike makes its home. P. oederianus also lacks the pale green colour of B. pomiformis and is a smaller plant. 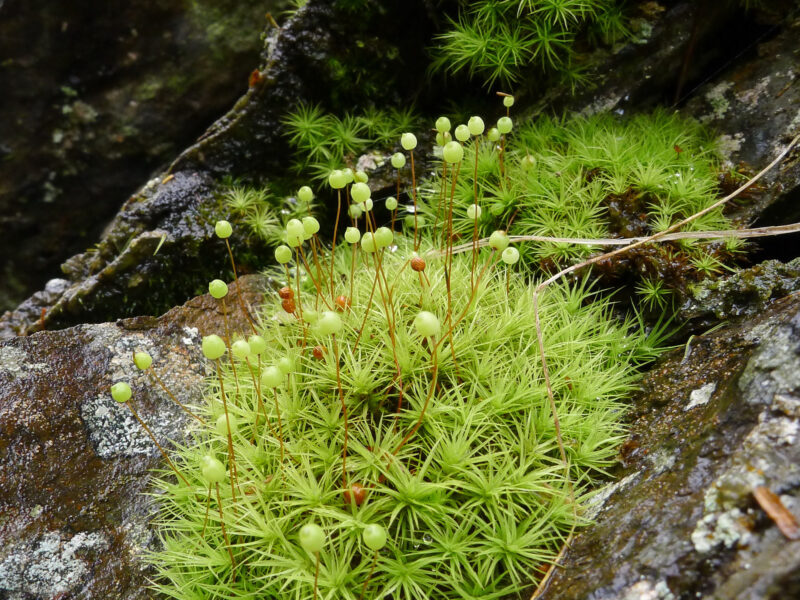 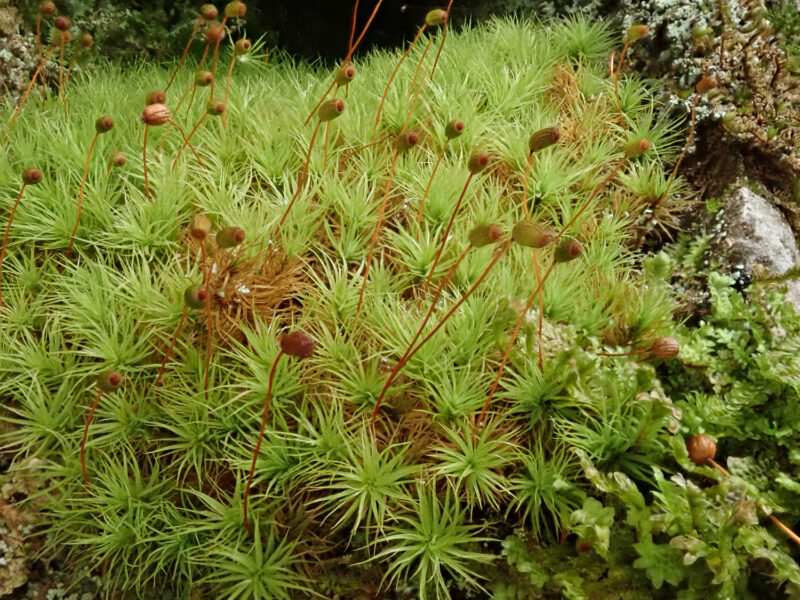 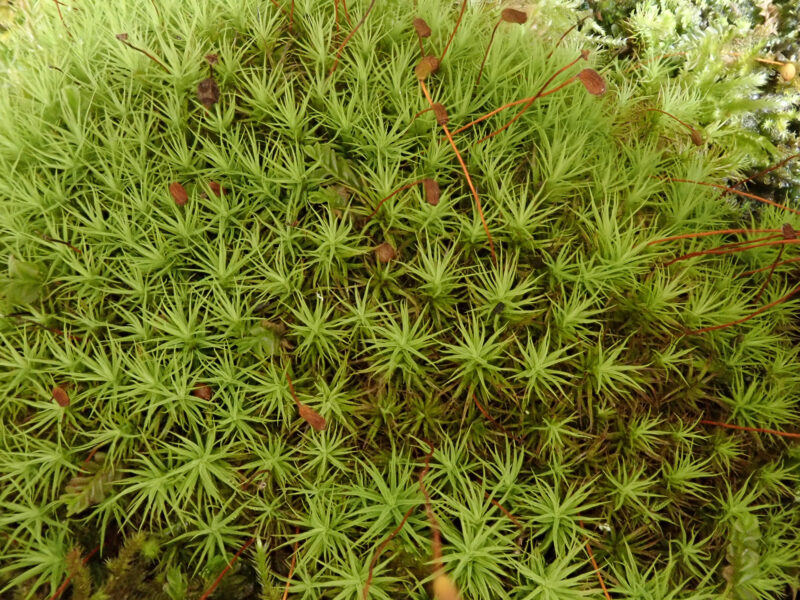 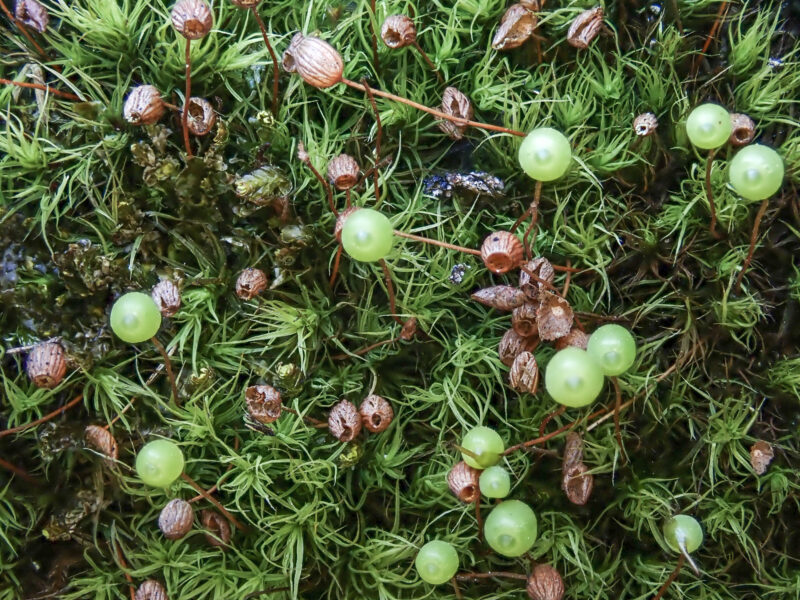 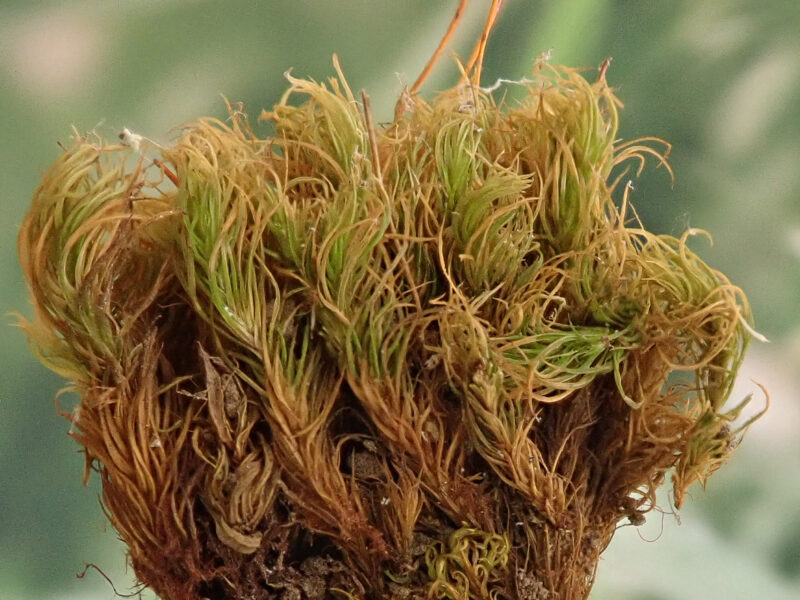 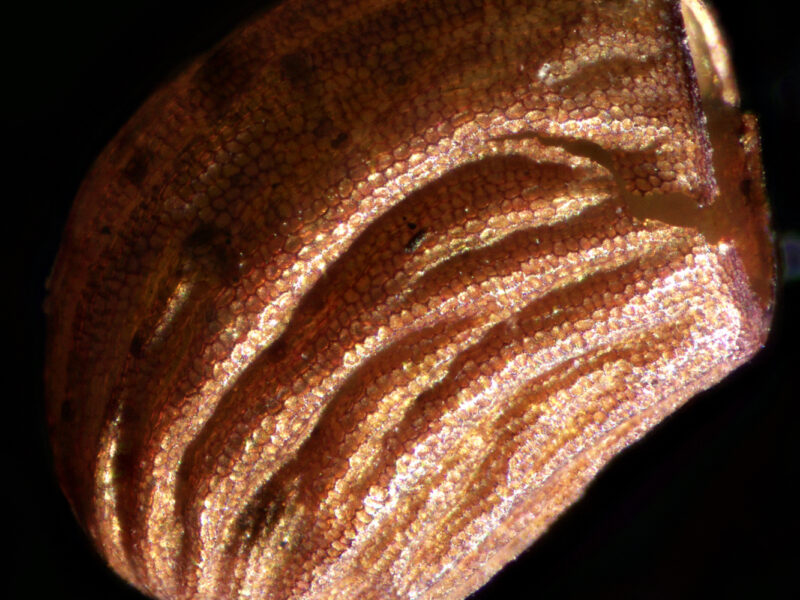 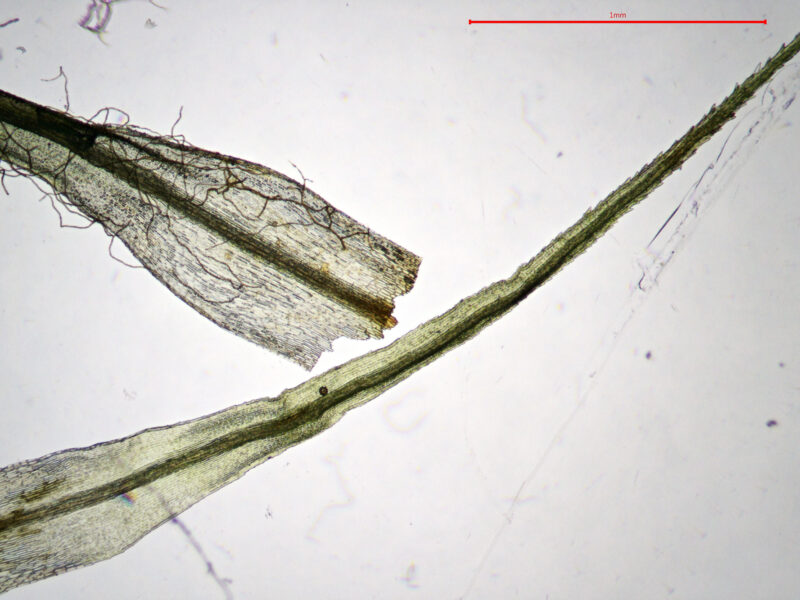 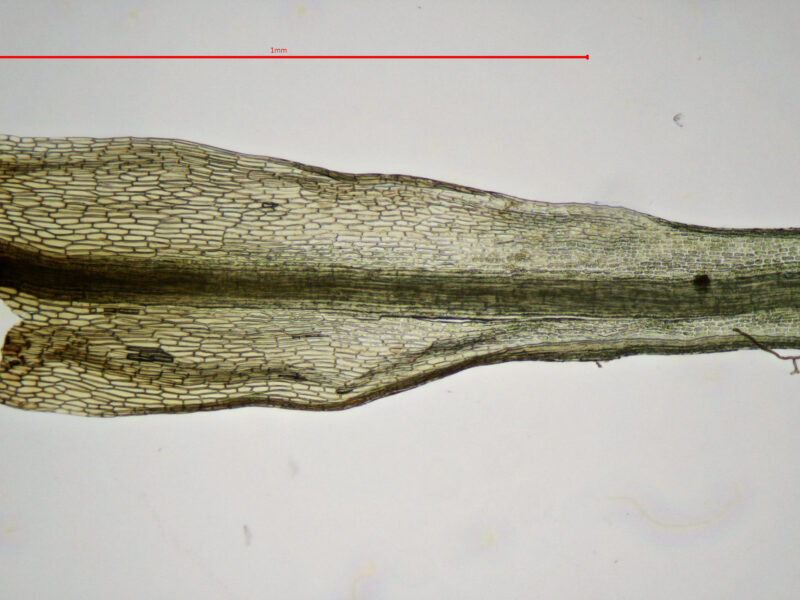 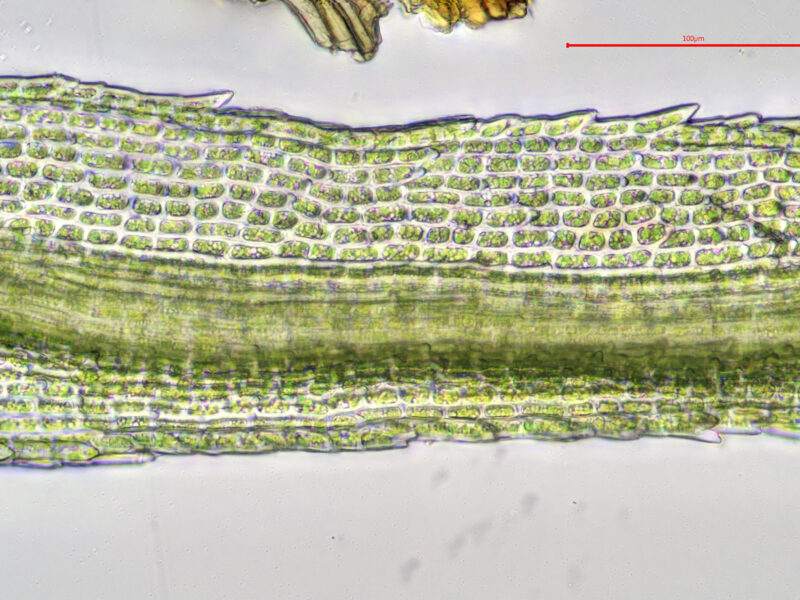 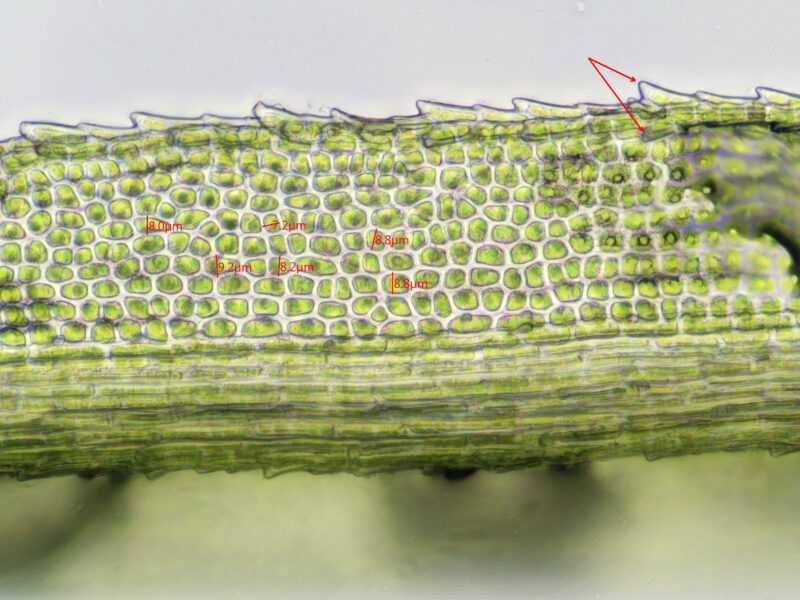 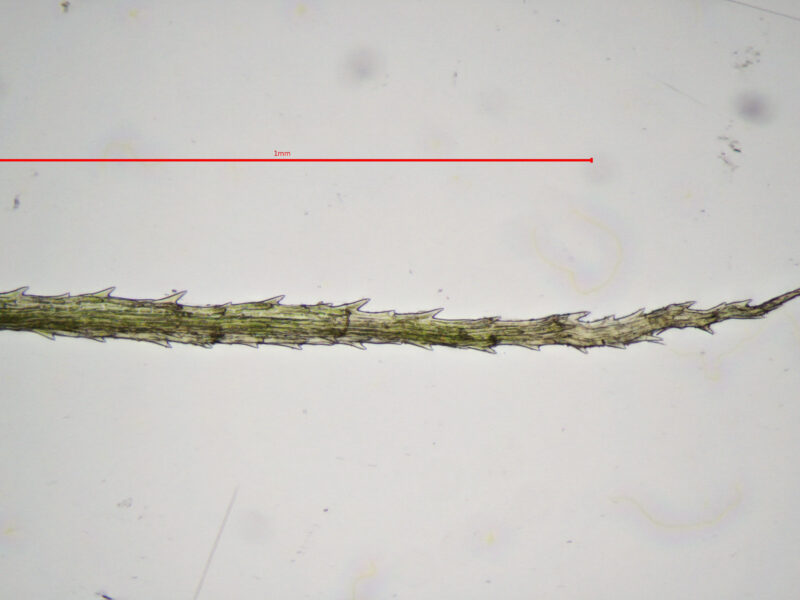 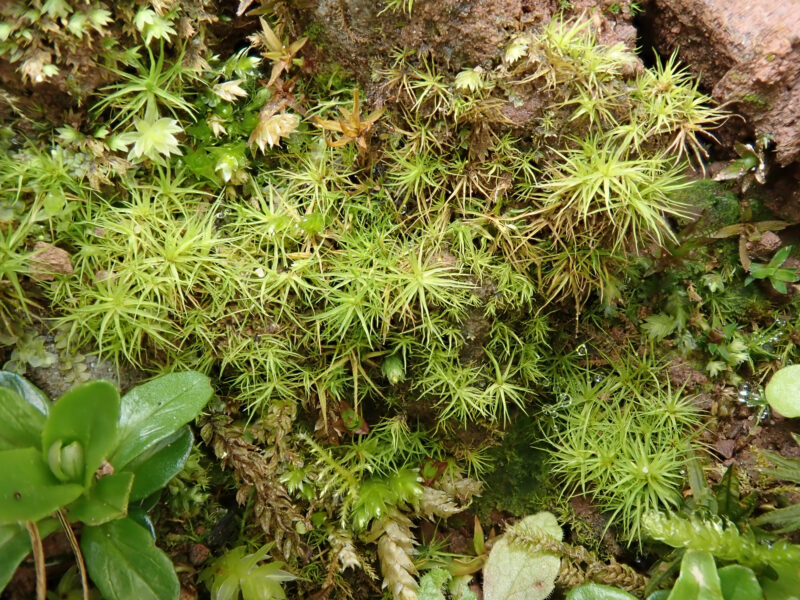 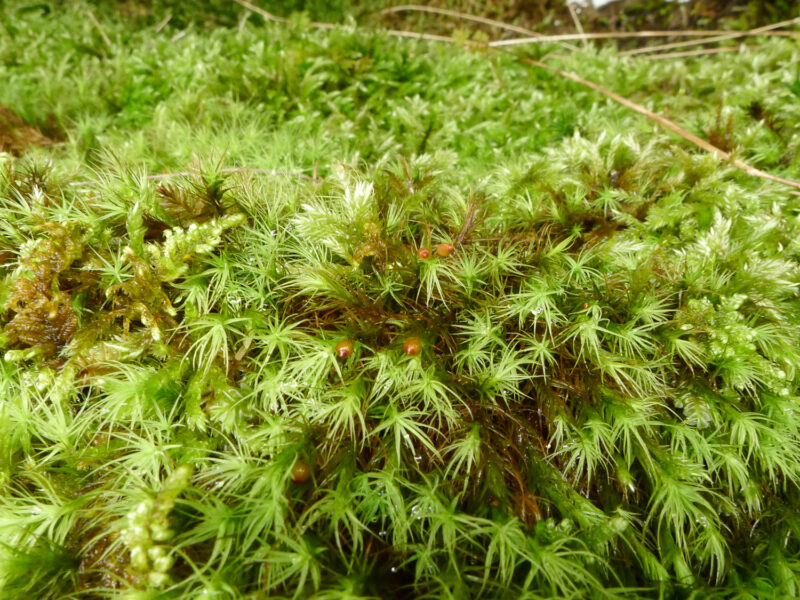