There is usually no problem in recognising the tufts of smooth julaceous silvery shoots colonising the cracks in pavements. It is a very common plant of weedy manmade eutrophic habitats around human habitation throughout the world, including Antarctica. It is the commonest plant to inhabit the crevices of old cars. Capsules are frequent.

Sometimes the silvery colour can be much less obvious and because of the presence of bulbils there can be confusion with B.dichotomum which often grows with it and enjoys similar habitats such as roadsides and arable fields. It is usually much less julaceous than B.argenteum. Plants from natural habitats such as rock crevices or gravelly areas close to water could be something else such as Bryum julaceum and should be checked. 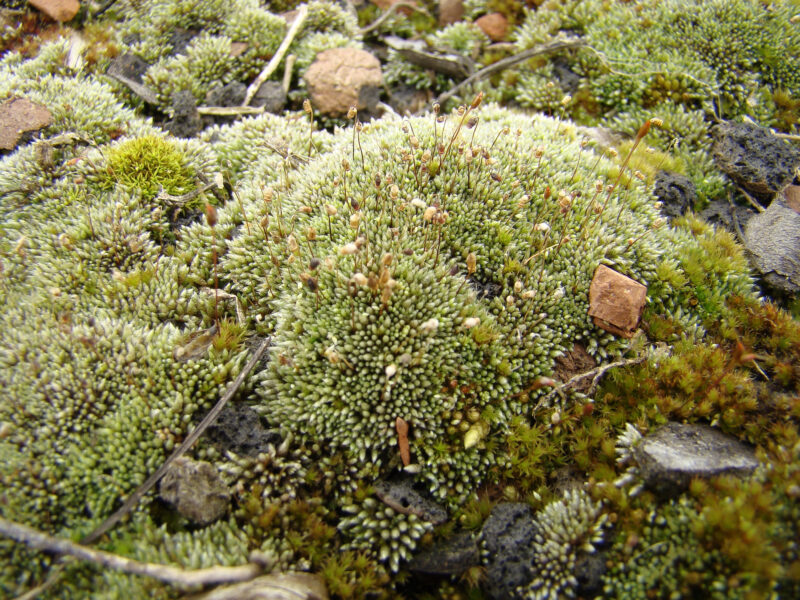 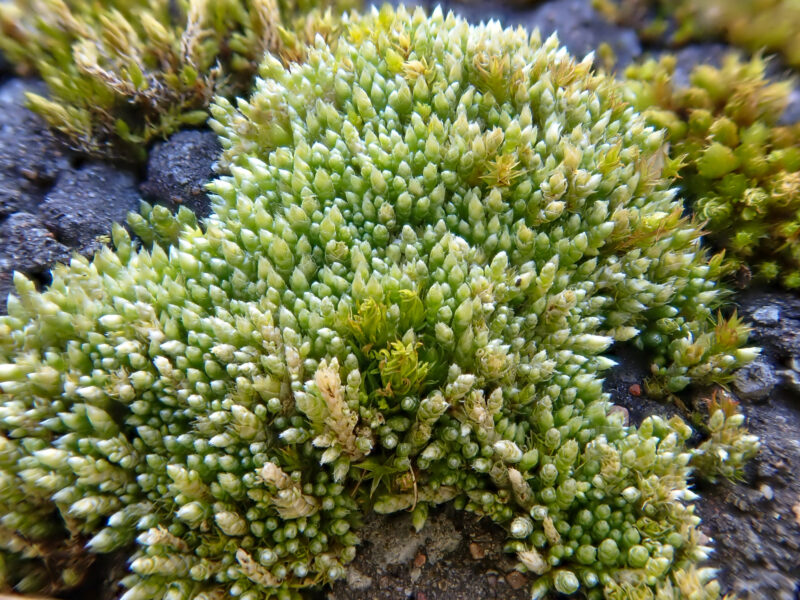 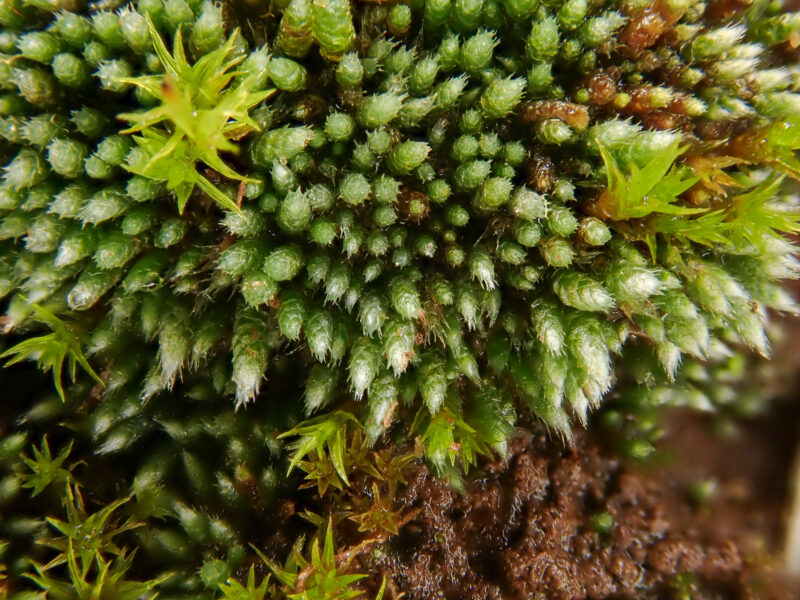 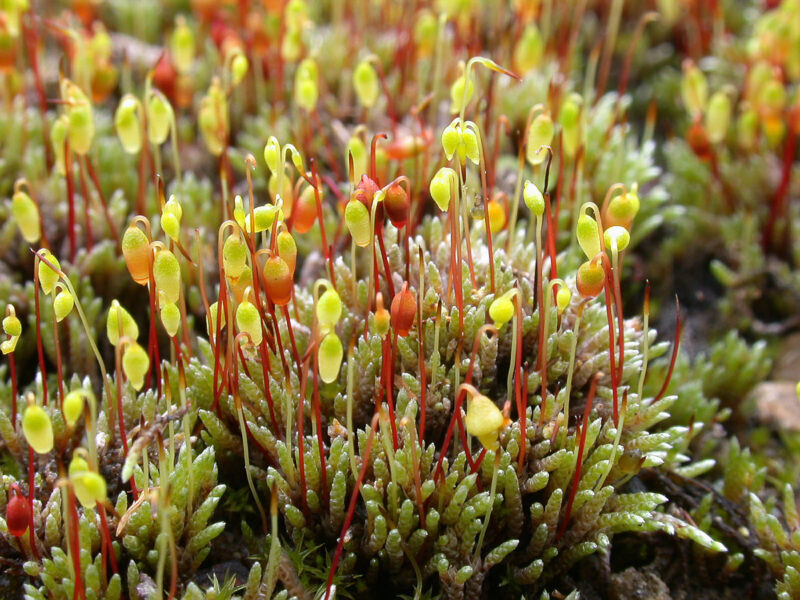 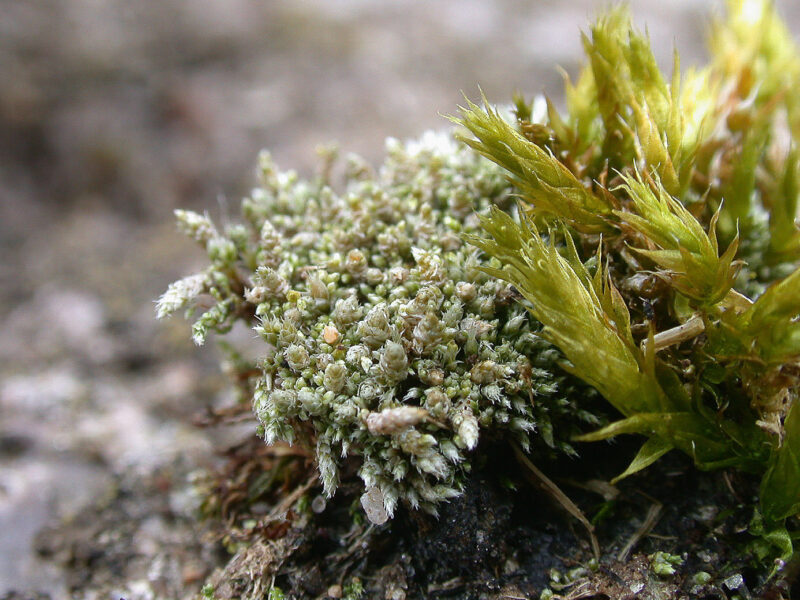 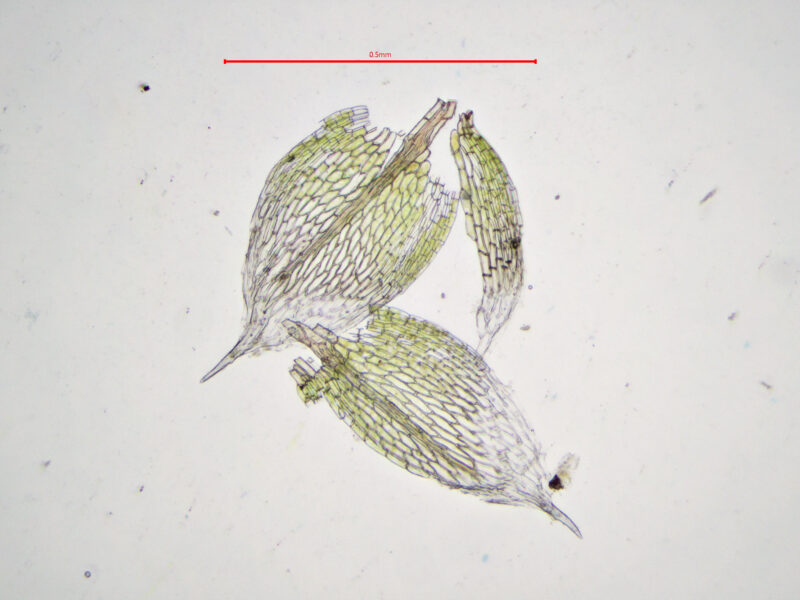 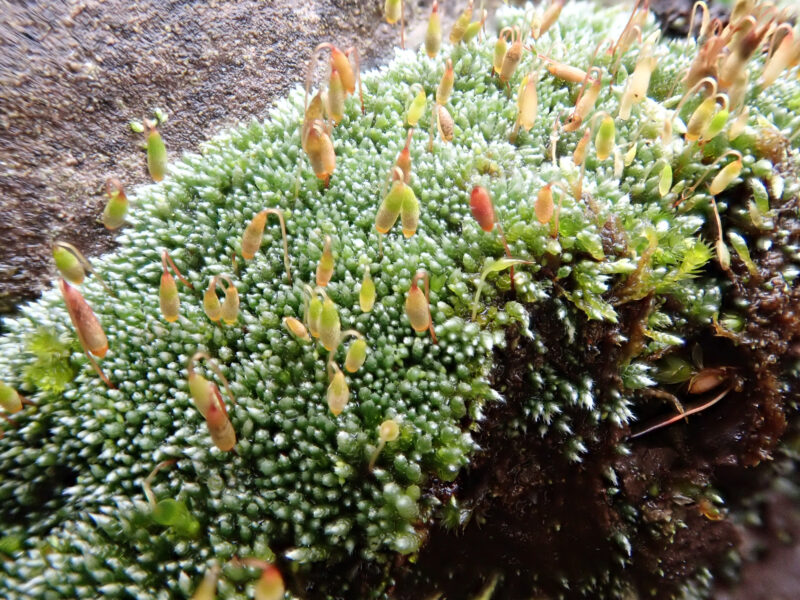 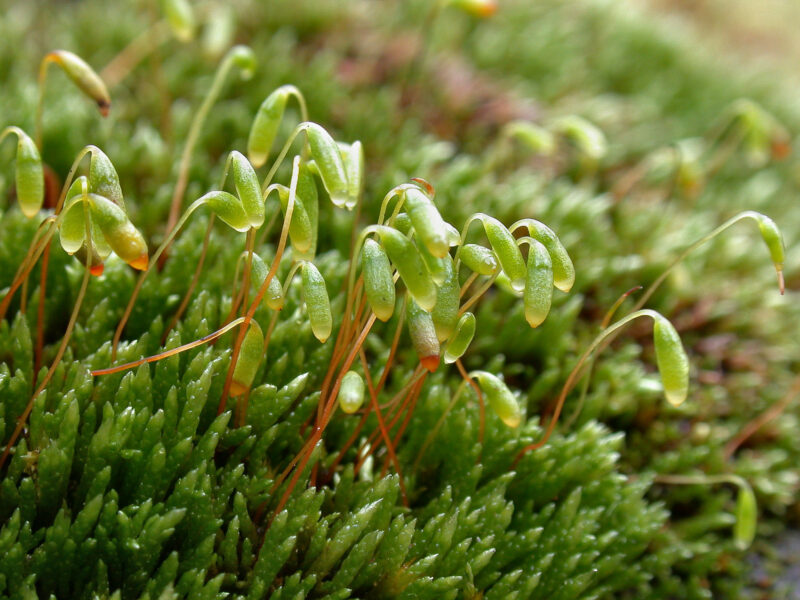 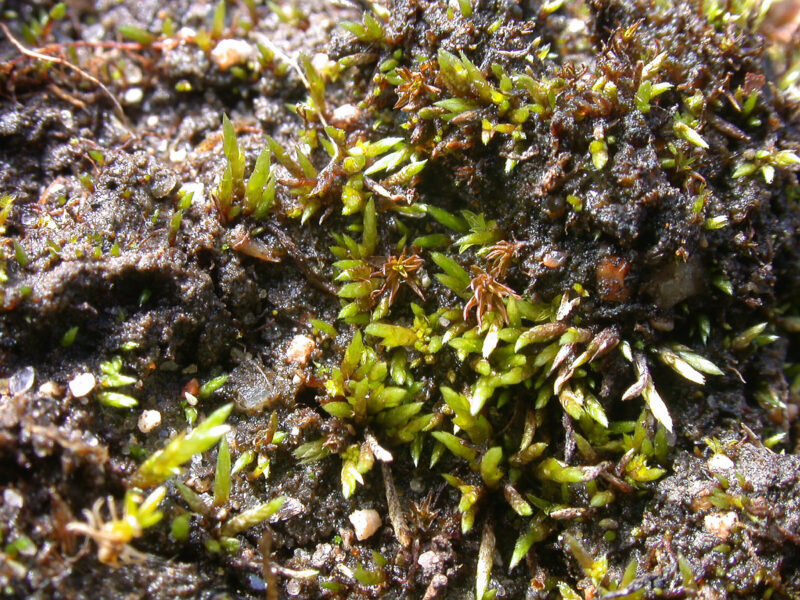