This moss is rare in the UK and in 1965 was published as a new species, Tortula vectensis. It later became clear that this was in fact the Sothern Temperate species Chenia leptophylla, and we are right on the northernmost edge of its range.  It occurs as scattered patches or plants on exposed disturbed soil but is only a few mm tall and does not approach the luxuriance it can attain in Macaronesia where it often forms dense patches alongside paths and tracks.

At first sight it might be passed over as immature Tortula truncata but there are a few features it is worth being aware of. It is often a brownish-green colour since the cell walls are brownish. The broadly spathulate leaves are frequently squarrose at the tips with a short sharp excurrent nerve pointing downwards. The marginal cells are smaller and often transversely rectangular. This gives the appearance of a thickened border under the hand lens.

Tubers may be visible under the microscope. They can be abundant but are sometimes very difficult to detect. The leaf tip is often formed by a single long-pointed brownish cell. The border is characteristic with the thickened brownish cell walls and there are usually some mamillae on the margin.

First found on the Isle of Wight it is also found on disturbed and cultivated soils along the south coast in Cornwall and the Scillies. The single record from an otherwise nondescript arable field in Herefordshire was noticed during an intensive SBAL arable field survey. This is a plant that would be very easy to overlook so it is likely to occur elsewhere. Although just about clinging on in southern England, it may well benefit from climate change. 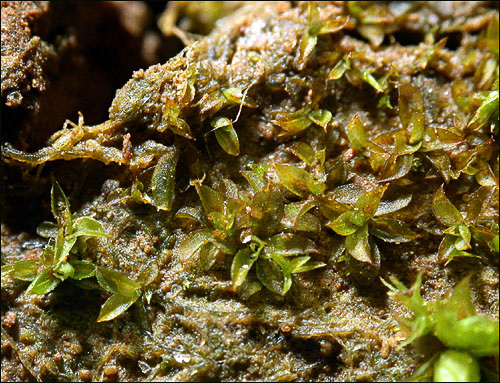 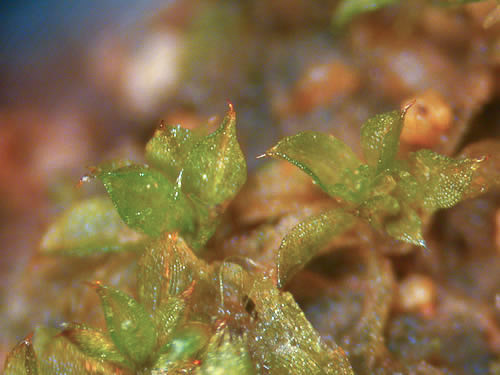 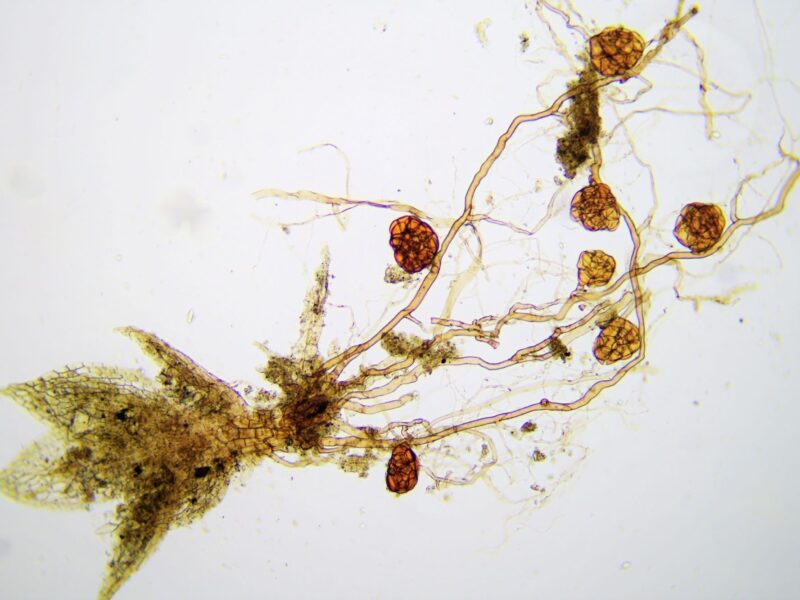 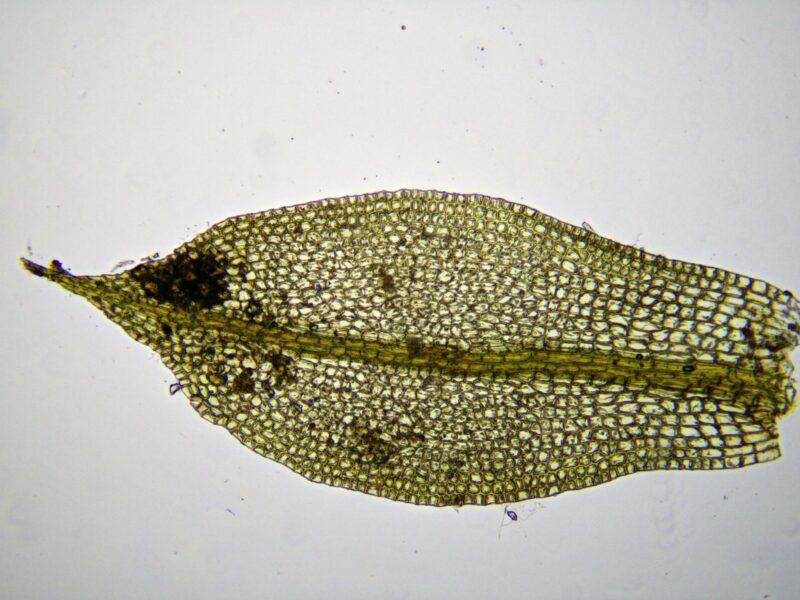 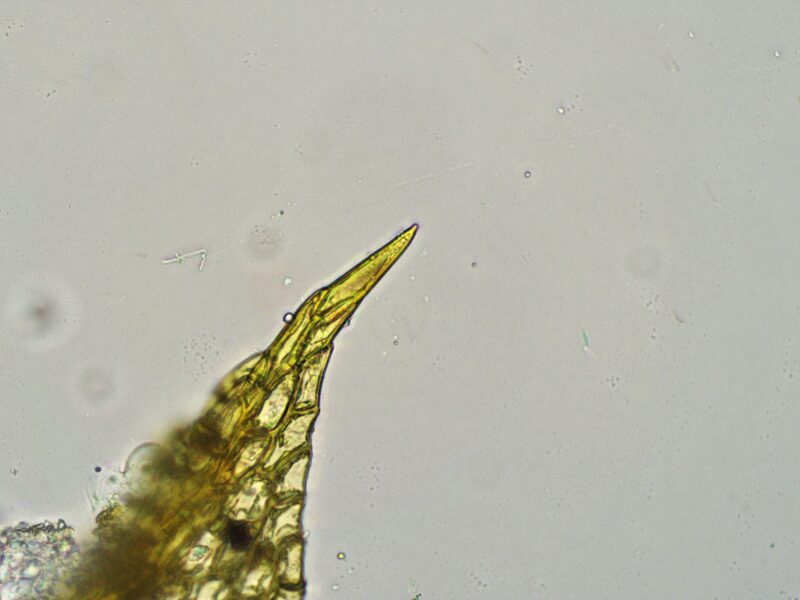 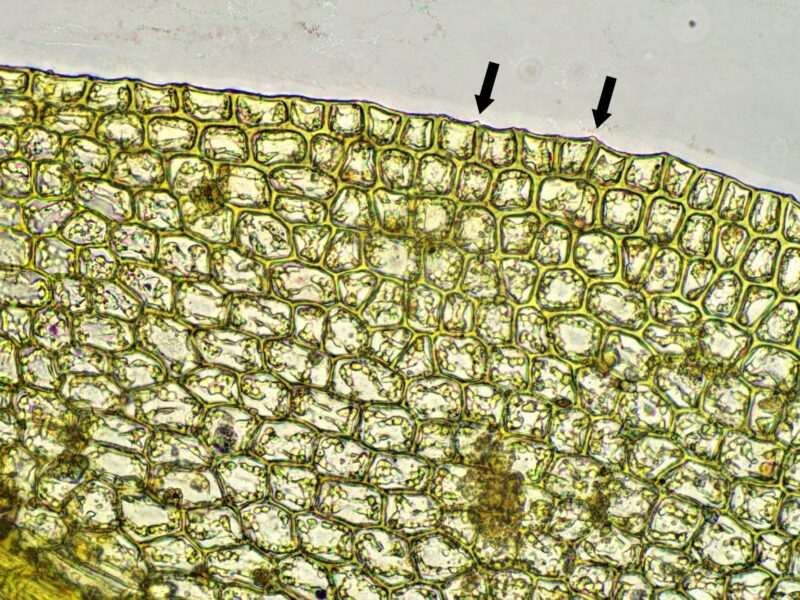 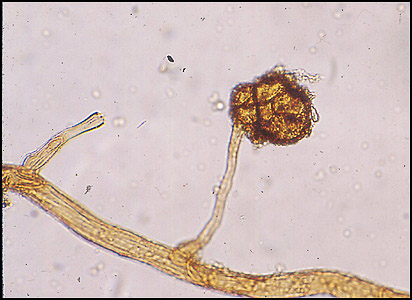 Although the nomenclature has changed the description is still useful 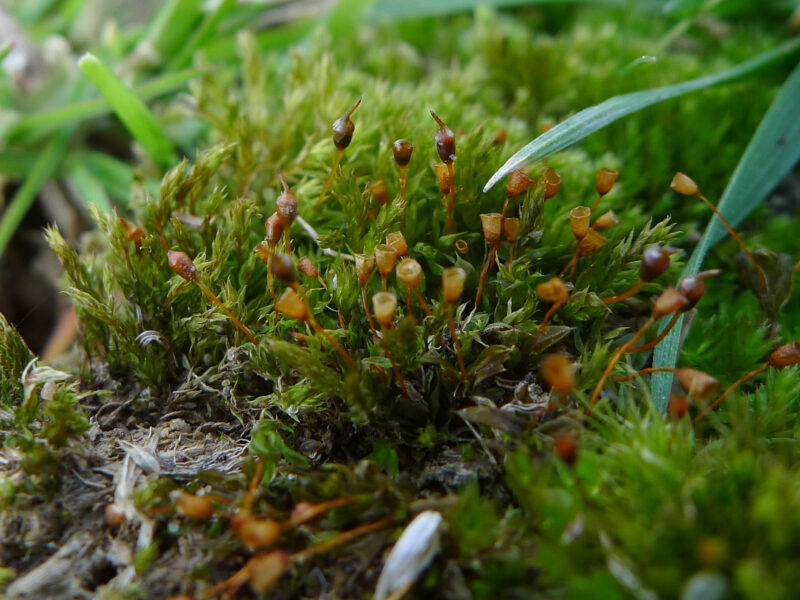 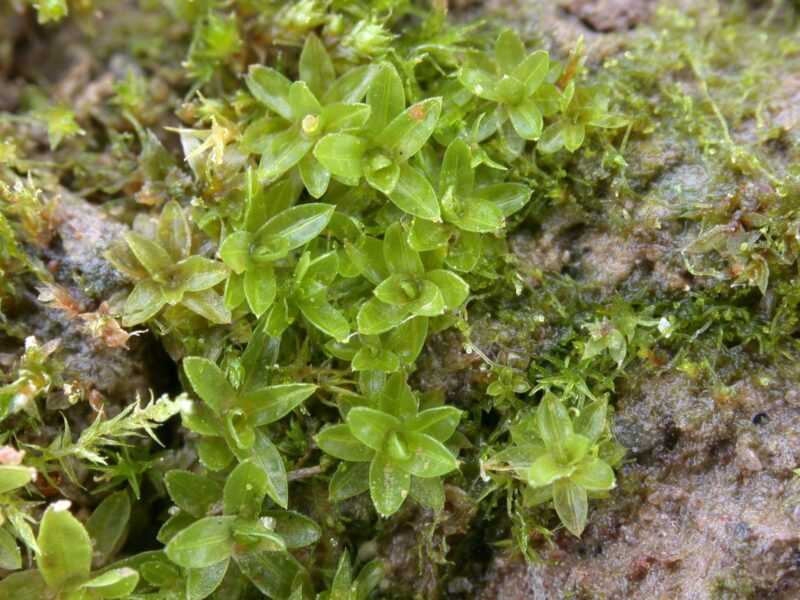