Dialytrichia mucronata is classically a plant of intermittently inundated stonework or the bark and exposed roots of trees beside watercourses. It also seems to be able to grow on substrates over which water flows periodically but away from streams and rivers. For example it has been recorded on sloping stonework on a church down which water flowed when it rained, or on sloping tarmac which received the rainwater discharge from a downpipe from a gutter.

It usually forms cushions that can be several cm tall. They are often a dull green when growing beside water but are a brighter green when growing in more exposed sites. The nerve is excurrent in a small mucro. The leaves are quite stiff because like a number of other mosses exposed to running water it has a multistratose border several cells thick that keeps the leaf rigid. It could be confused with Barbula unguiculata which has a similar shaped leaf although in that species the apex is more rounded, the nerve is shorly excurrent rather than just being a mucro, and the border is recurved rather than being thickened. This last character can be difficult to be certain of in the field but a leaf section will confirm it. The leaves of B.unguiculata are usually less than 2mm long and those of D.mucronata more than 2mm.

Sometimes the leaves can have some breaks but do not disintegrate in plates as they do in the rarer D.saxicola.

This is generally a plant of the lowlands. 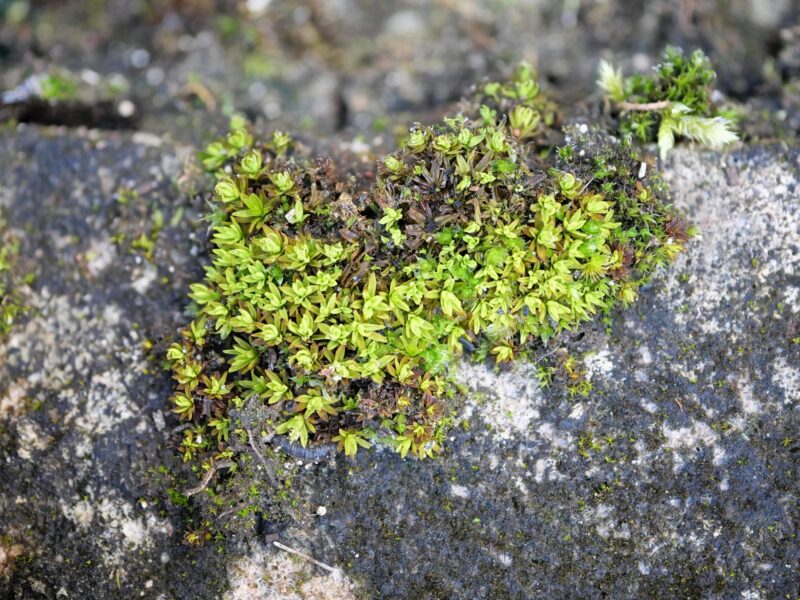 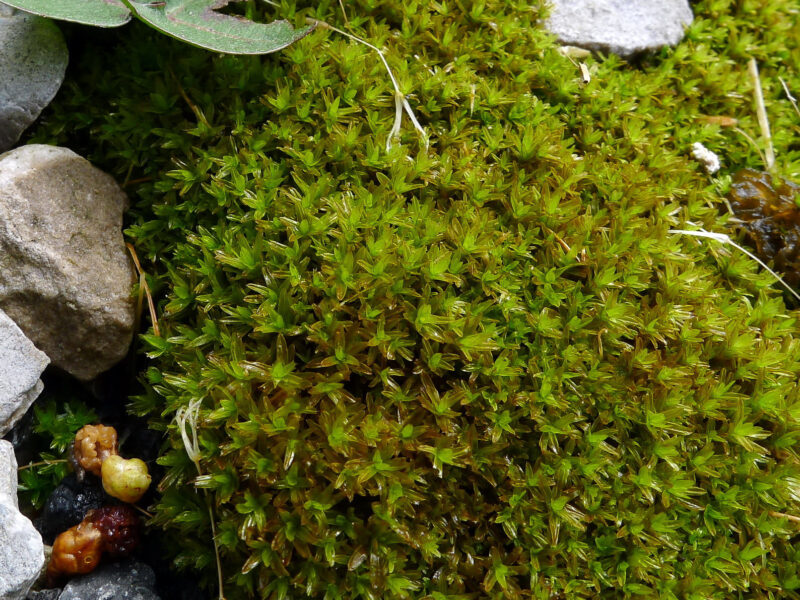 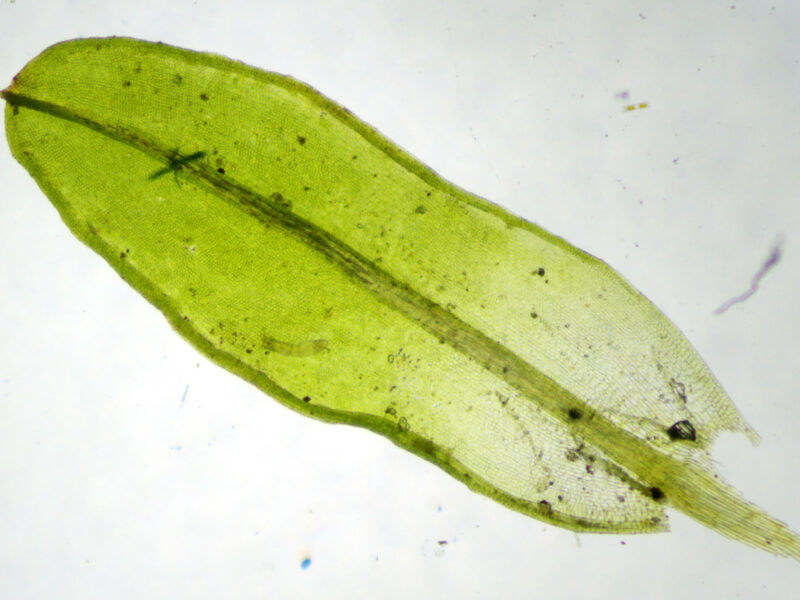 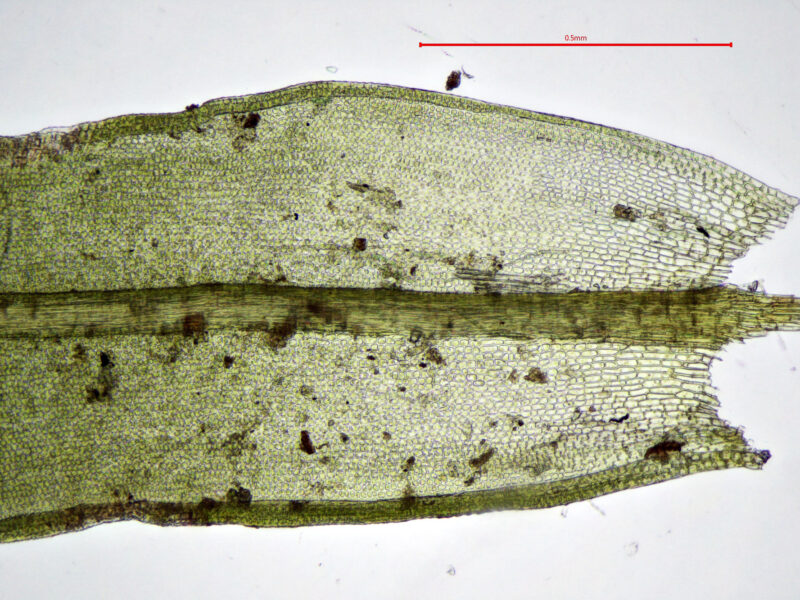 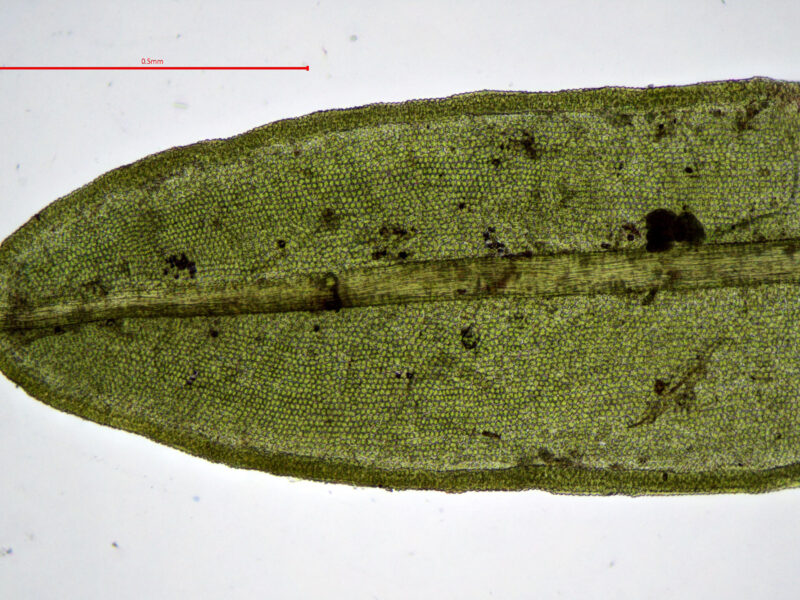 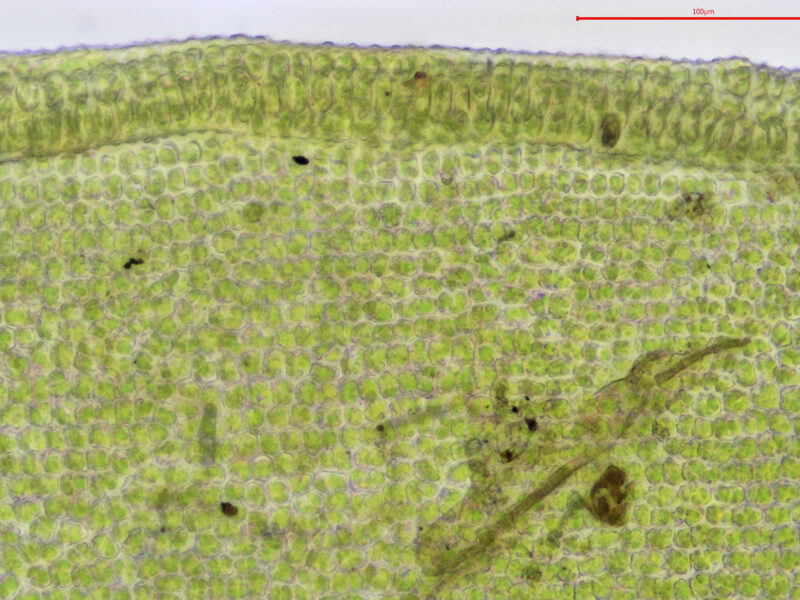 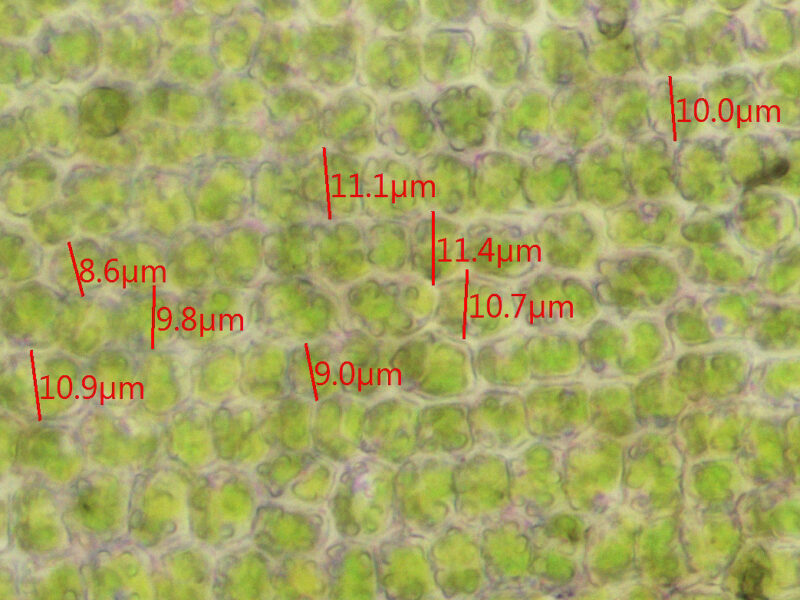 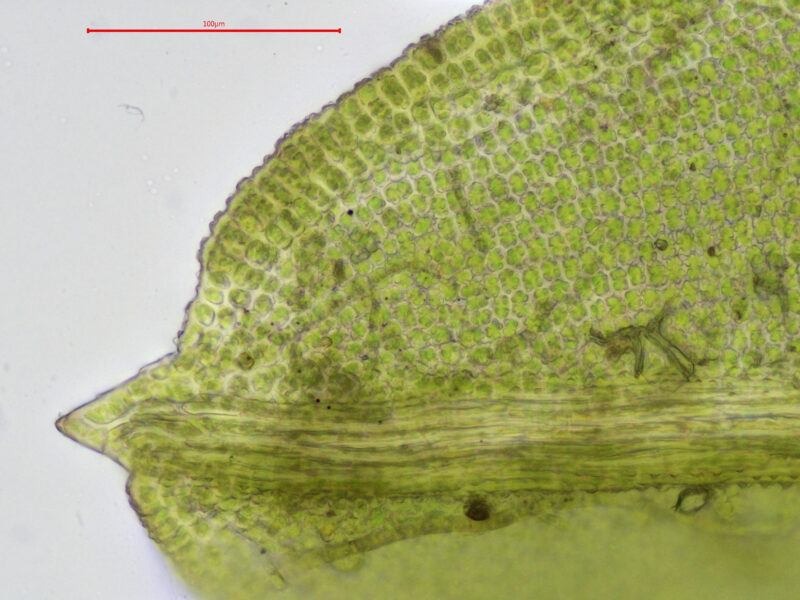 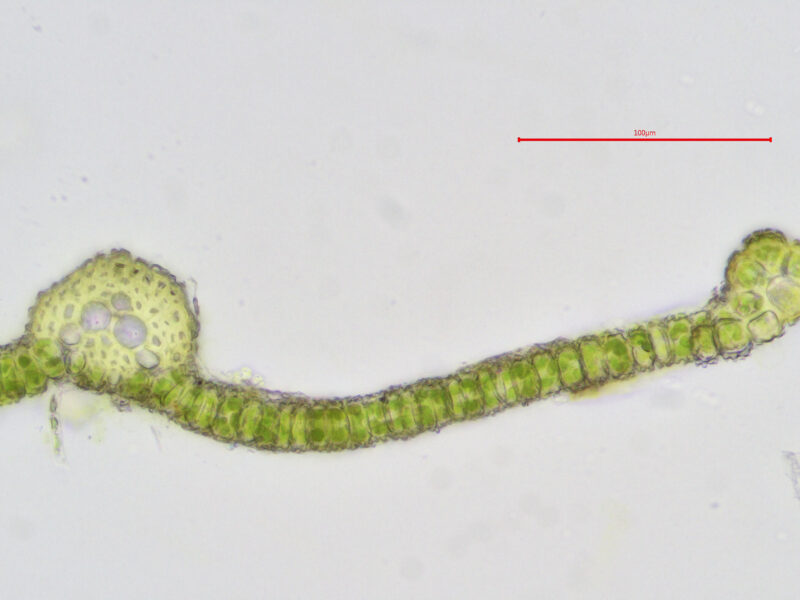 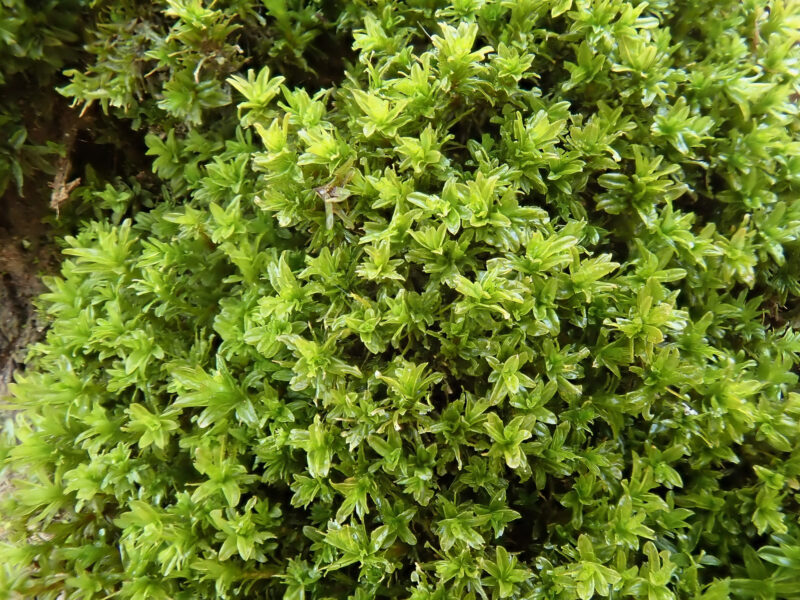 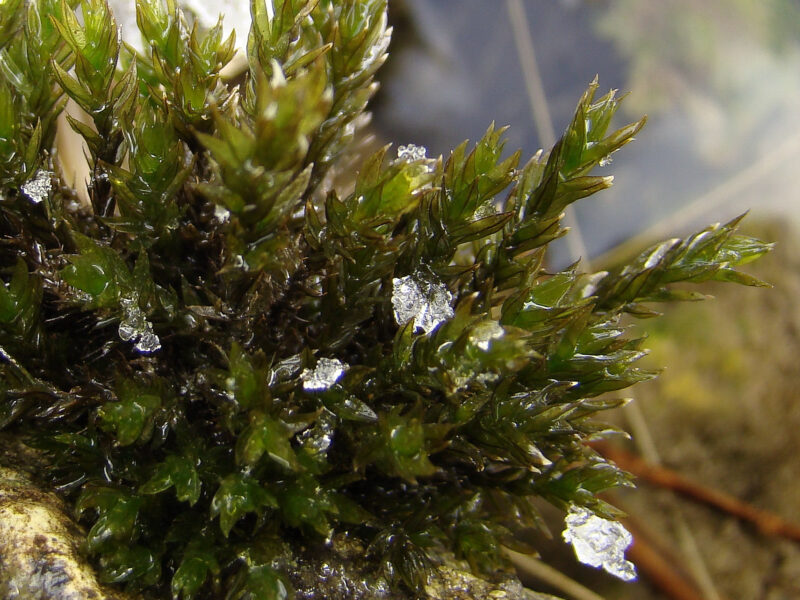