Look for this species on old stumps in woodland, or on mature trees, where it prefers more acid bark, tending to avoid the likes of ash and elder. It forms dark green cushions with a spikey appearance because the leaves of individual shoots are very straight and stick out from the stem at angles usually less than 45 degrees. Wet or dry, the cushions look pretty much the same, but the leaves are a little more appressed in the dry condition. The leaf tip is very fine and composed largely of nerve, but, characteristically, it is usually broken off cleanly and lost. The trick for confirming the identity of this moss is to lick your finger and dab it on the cushion – broken off leaf tips will then adhere to the dampened digit.

Be aware that Campylopus flexuosus can grow in similar habitats and has specialized branchlets which shed their leaves when touched. However, these look very different from the broken leaf tips of the Dicranum, which also lacks the distinct brown patches of alar cells present in the Campylopus. 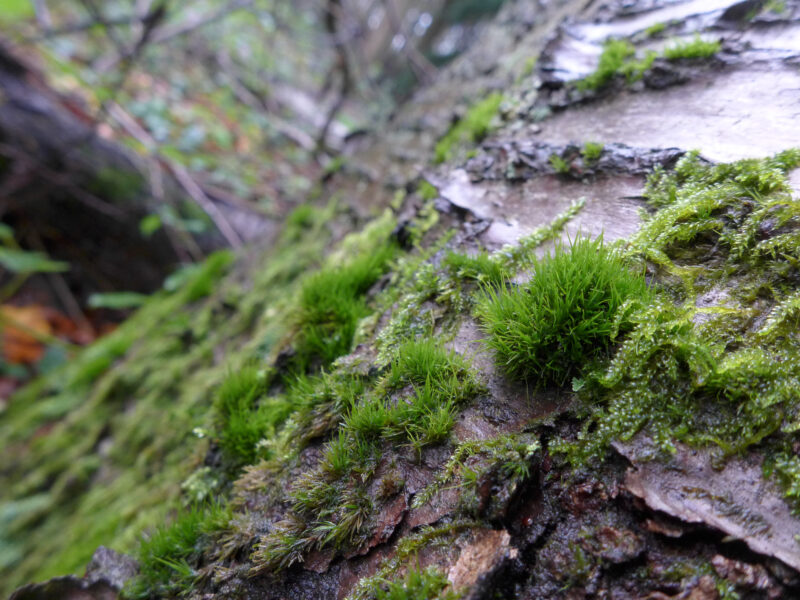 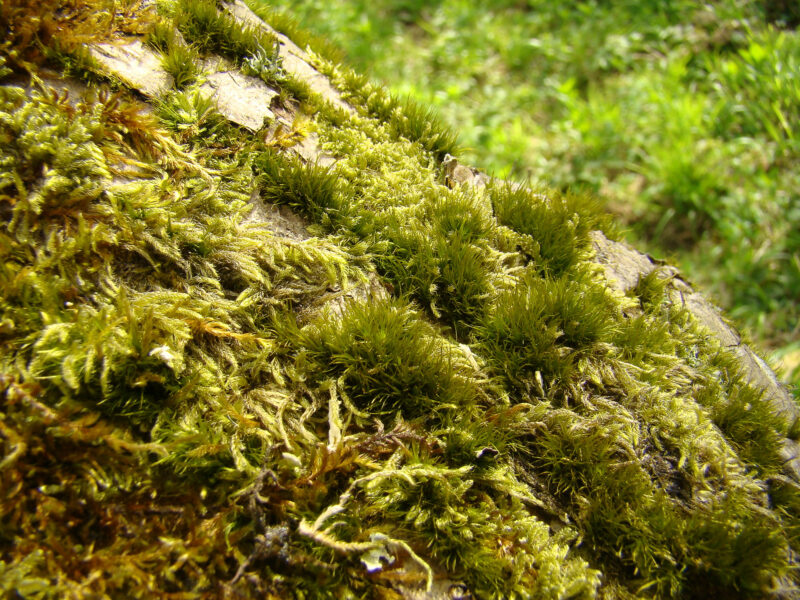 The Bryophyte identification page under Resources contains additional information on the genus Dicranum. 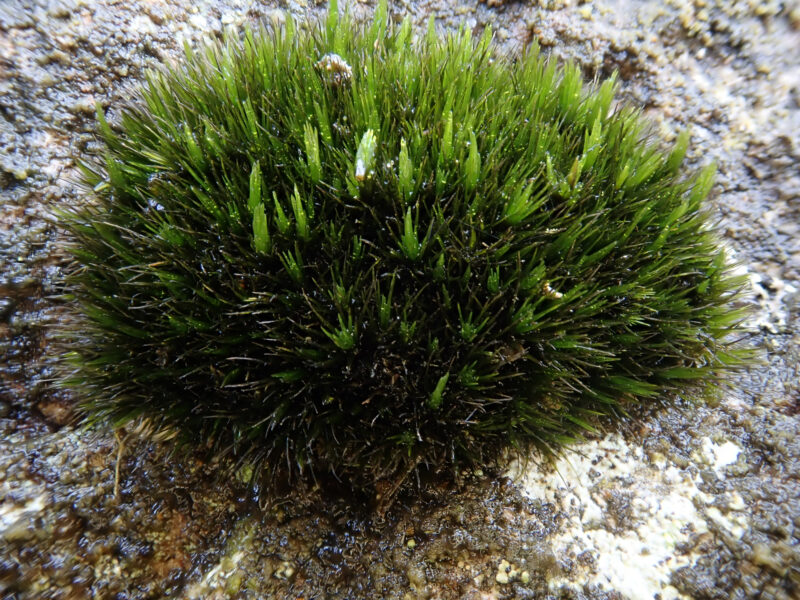