This rather rare moss does not currently have its own account in the Field Guide. However, it is not a hard plant to identify, once you are familiar with its very specific kind of habitat, typically disturbed, thin soil on sheltered limestone exposures. It especially favours Carboniferous Limestone, where it sometimes grows with the even rarer E. pulchellus and/or E. mouretii.

When it has mature or near-mature capsules, in early spring, they are distinctively Entosthodon-like, pyriform in shape with a lid lacking any kind of point. The large, lax leaf cells can easily be seen with a hand-lens and will confirm it as a member of the Funariaceae.

E. muhlenbergii differs from all other British and Irish species in the genus, except E. pulchellus, in having inclined, asymmetrical capsules with oblique mouths and double peristomes. None of the others (except E. mouretii, which has erect and symmetrical capsules) are species of dry limestone habitat.

Although very restricted in distribution, E. muhlenbergii can be locally abundant and as it is an ephemeral, it moves around from place to place each year as new habitat niches become available. 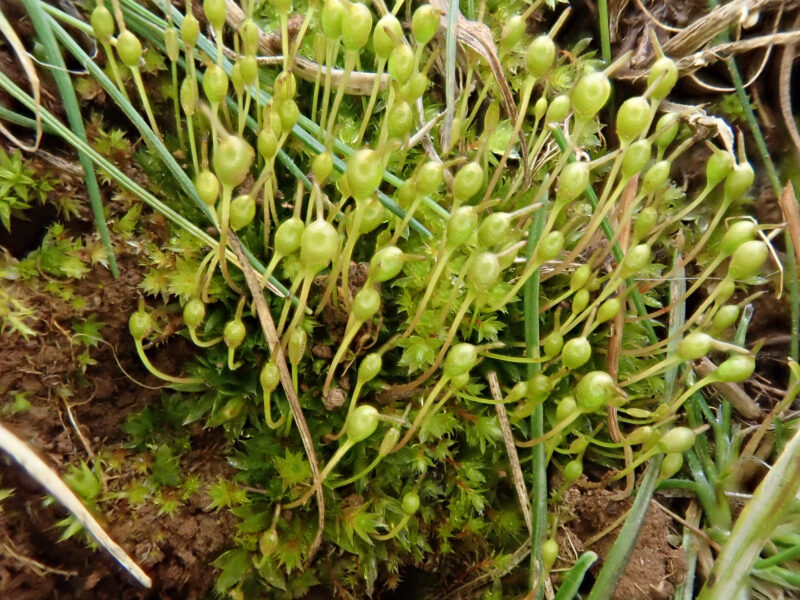 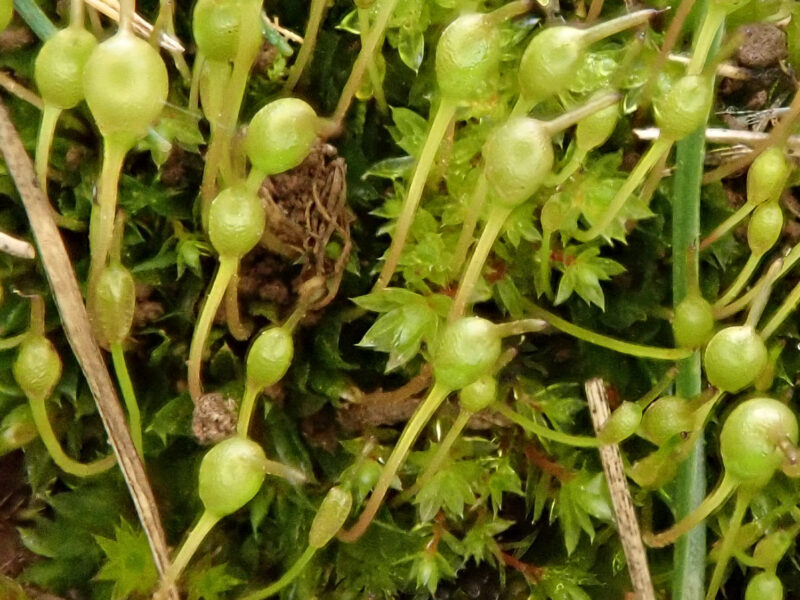 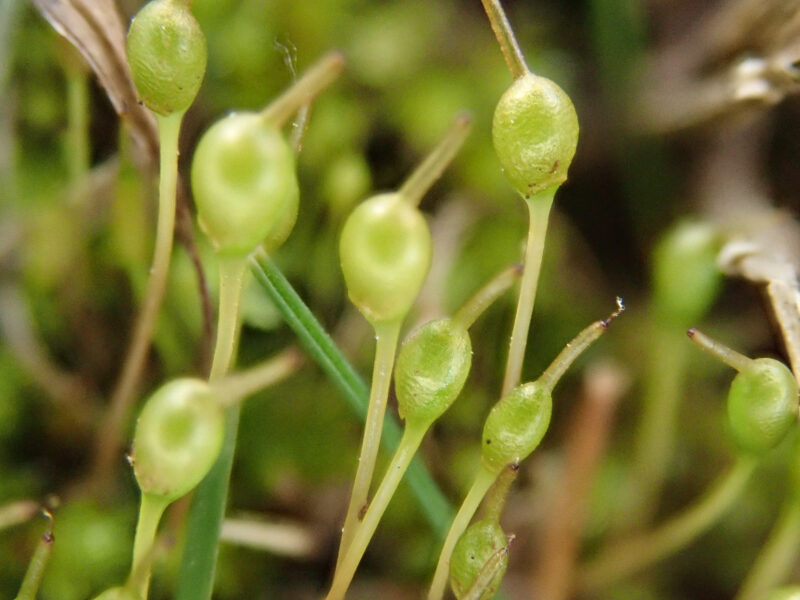 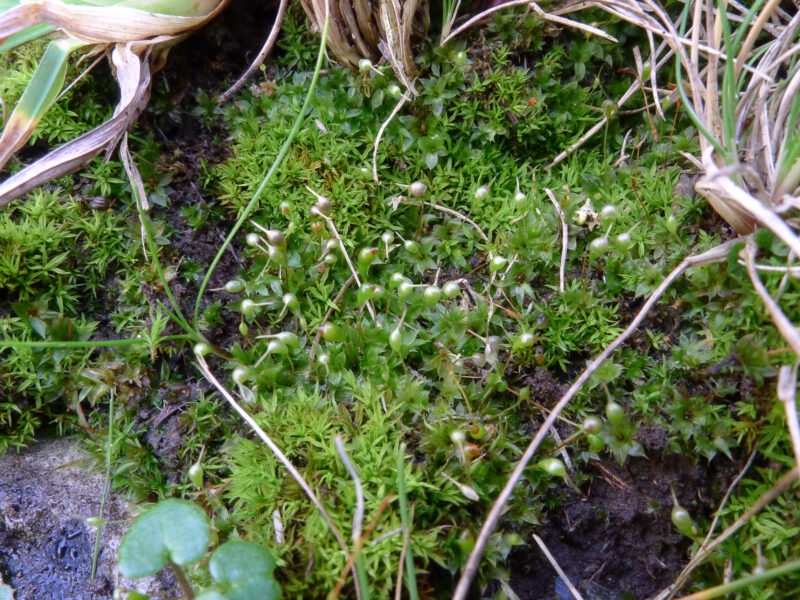