Small, rocky fast-flowing streams with slightly acid to neutral water is the chief habitat of this small to medium-sized Fissidens. Look for it on wet channel bedrock – especially steps and low cascades and in rocky seepages on stream and river banks in woodland. Where it is present, there is often a lot of it, but it avoids watercourses with lime-rich water or low pH.

If you find candidate Fissidens rivularis, identification is not difficult if you can see a pale yellow, thickened border which joins the nerve at the tip of the leaf. Another critical identification character is the slightly excurrent nerve, something shared by F. taxifolius (though that species lacks a border). Something not often mentioned by identification resources is the way that the nerve and border of older leaves can sometimes have red pigment, a useful character, as is the way that the lamina sometimes breaks up, leaving only the nerve and border.

In its aquatic habitats, confusion is mainly likely with F. bryoides var. caespitans, which has a strong but colourless border. With young plants, it can sometimes be hard to tell if the leaf border is colourless or pale yellow, but the nerve of F. bryoides var. caespitans is not excurrent and its rhizoids are purplish-red; those of F. rivularis are brown-red. Cutting a transverse leaf section will confirm the strongly thickened border of F. rivularis – there are a few images of this below. 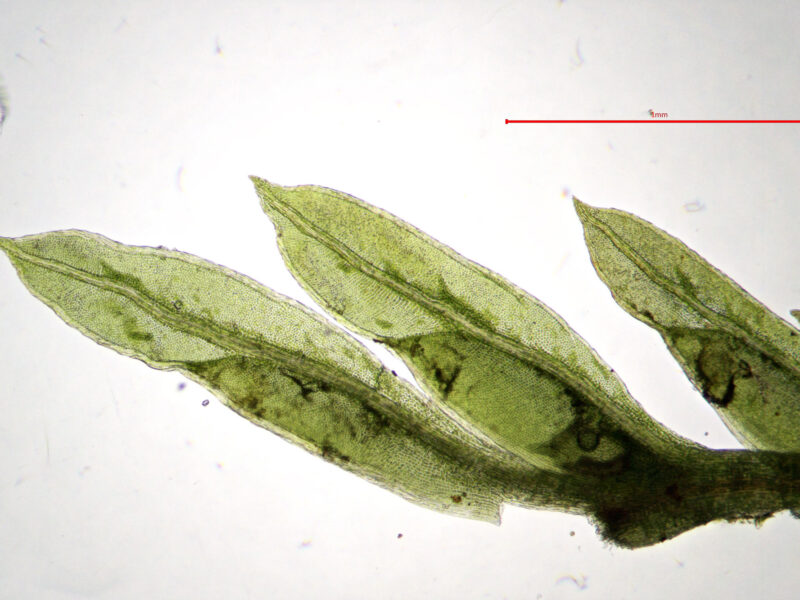 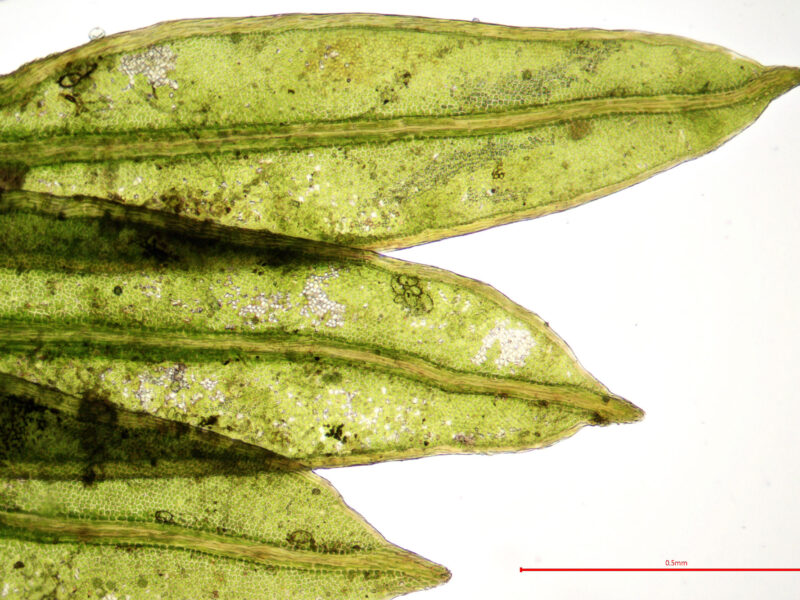 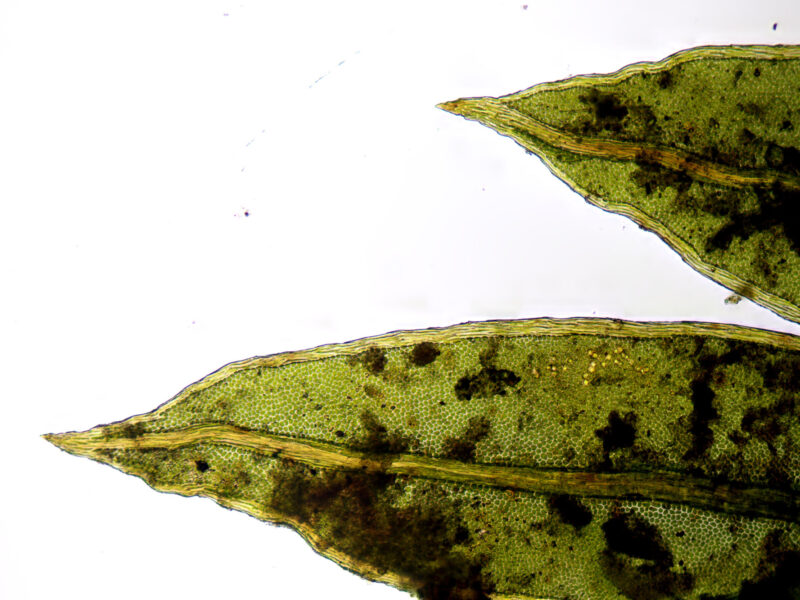 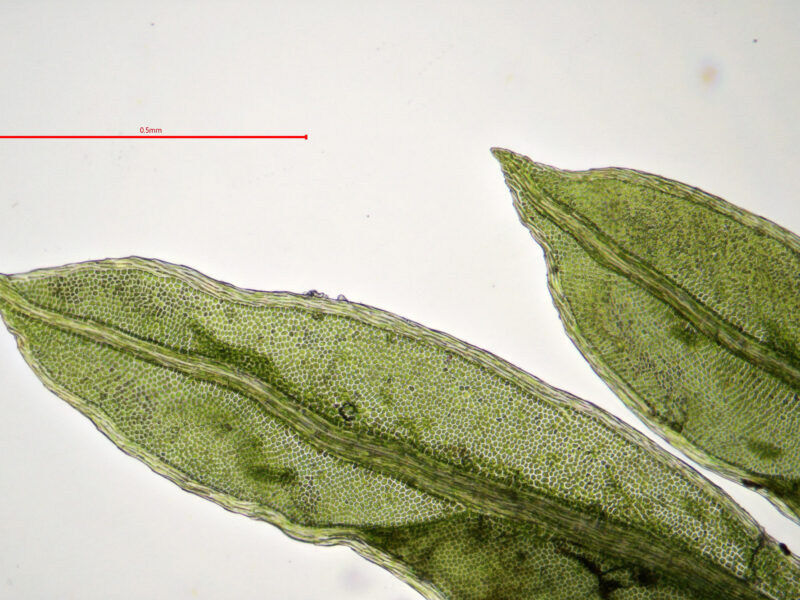 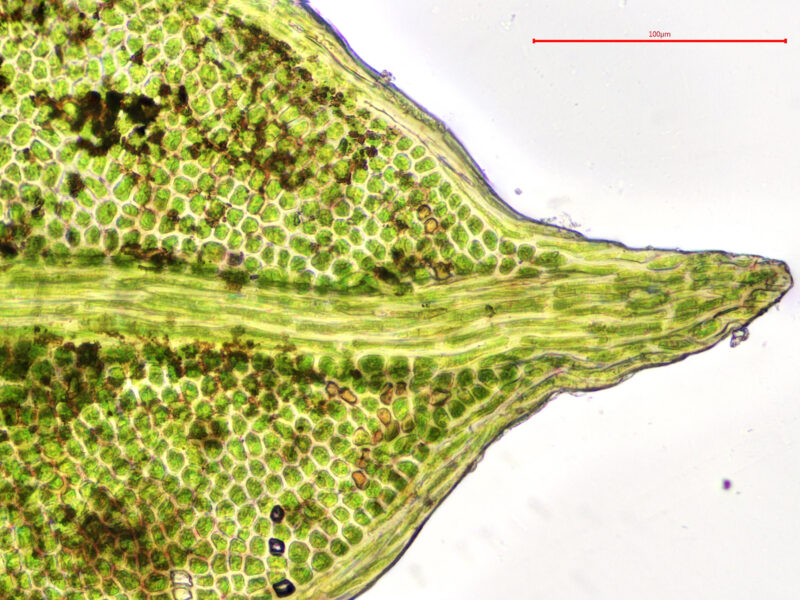 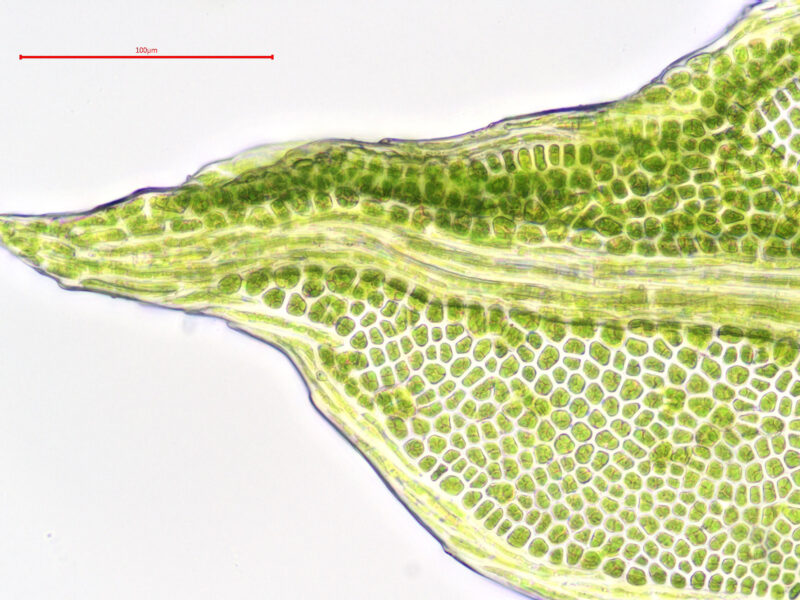 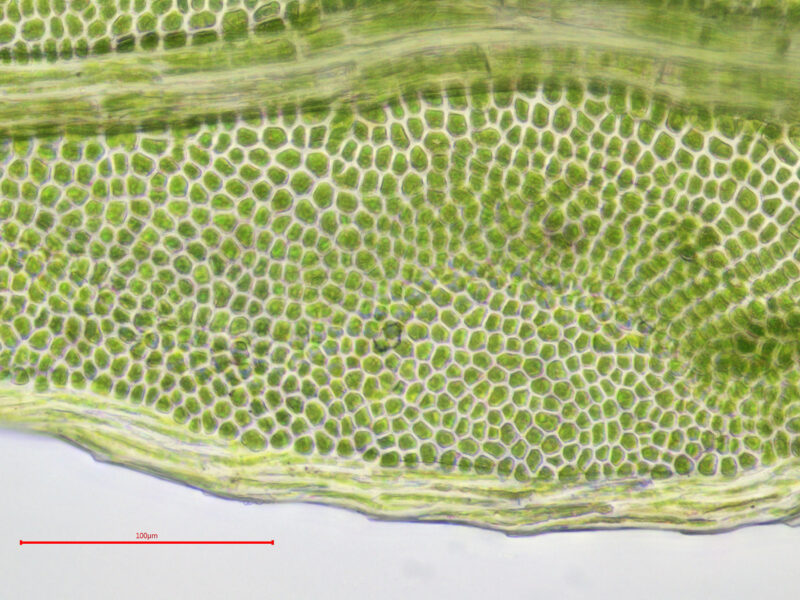 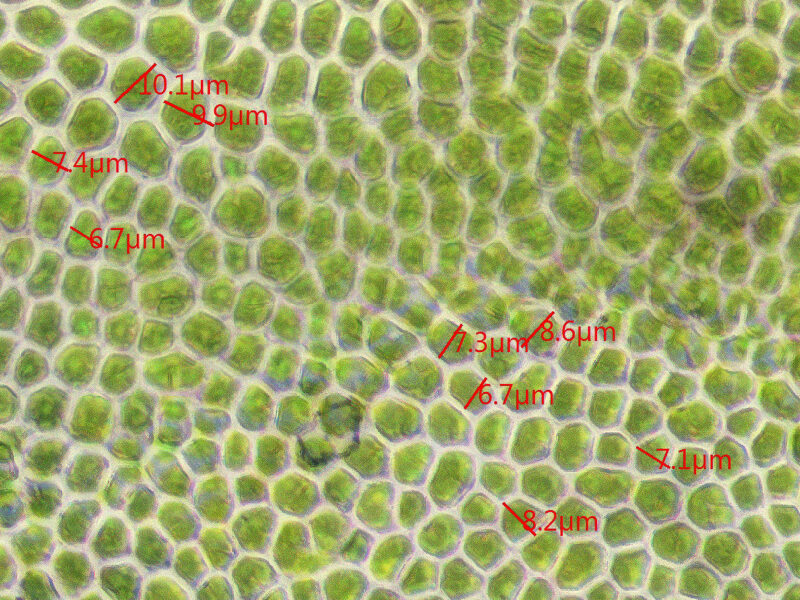 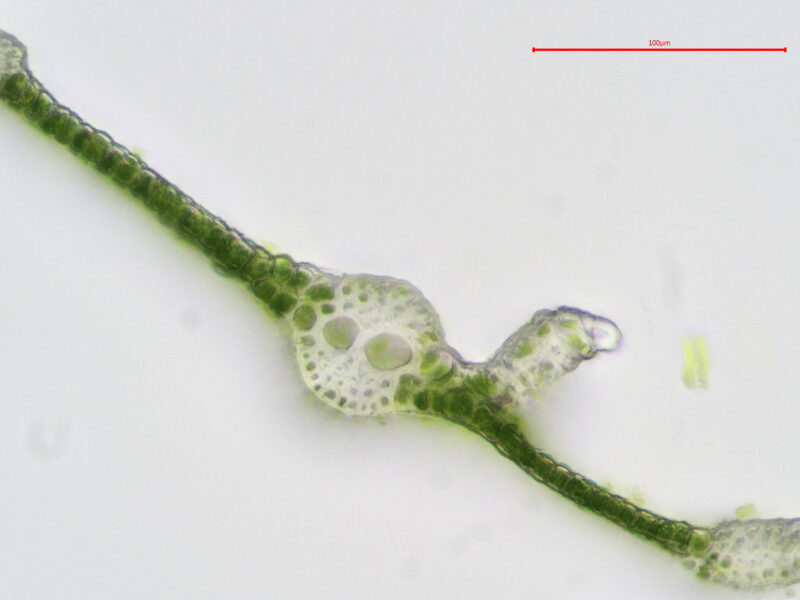 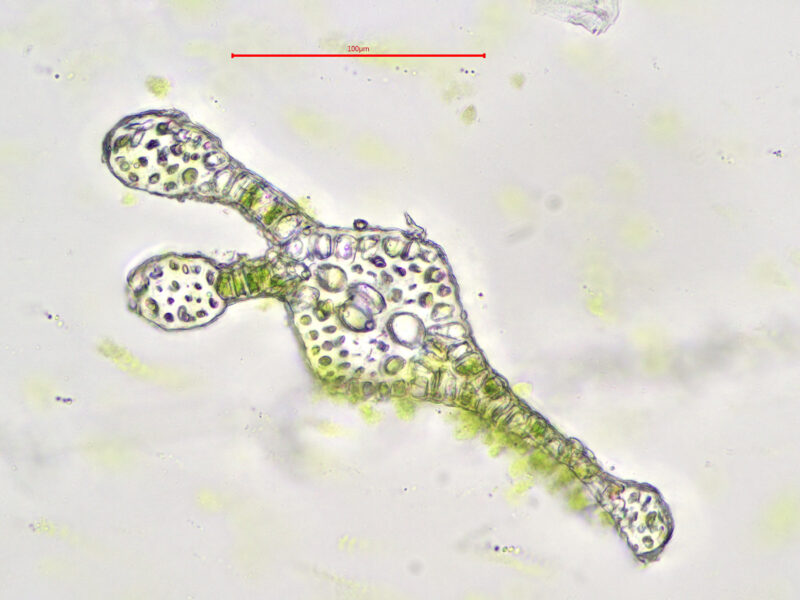 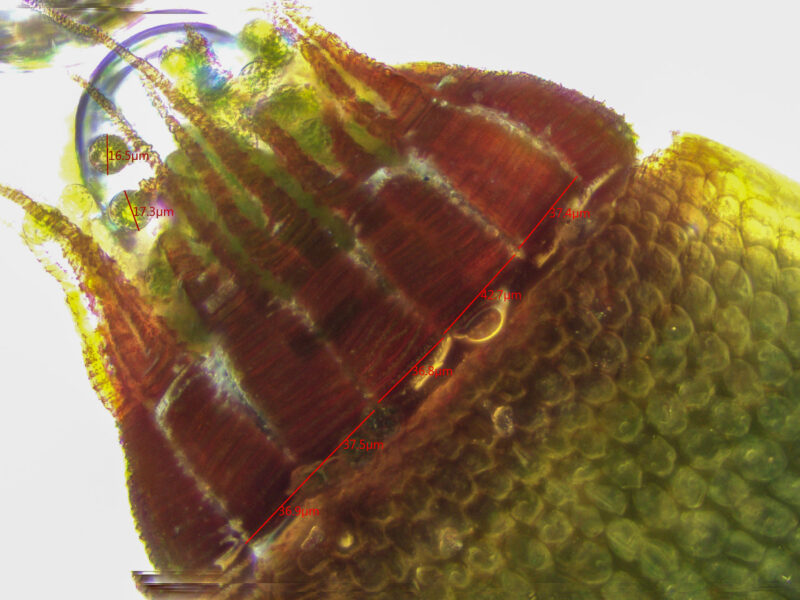 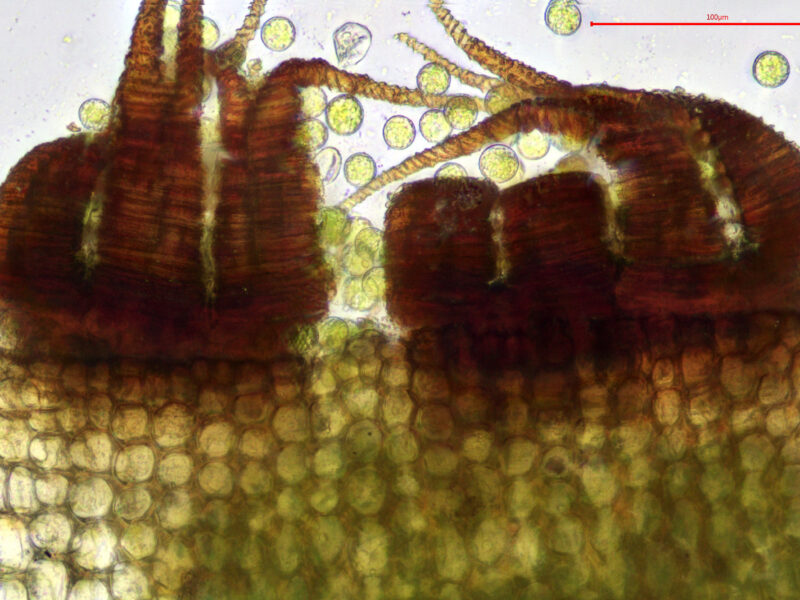 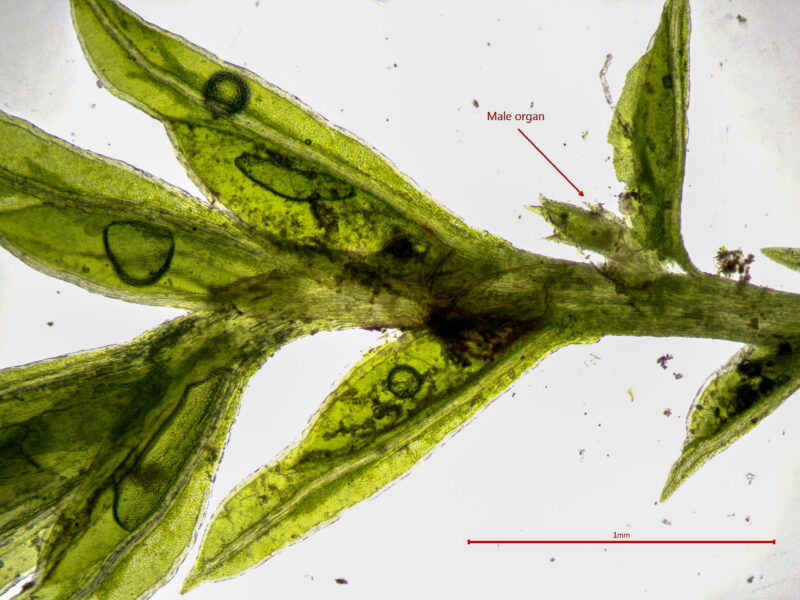 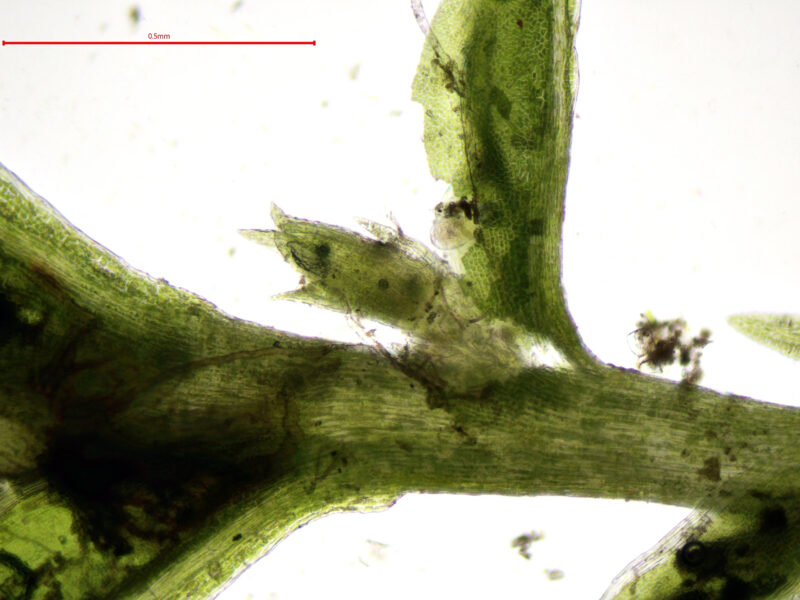 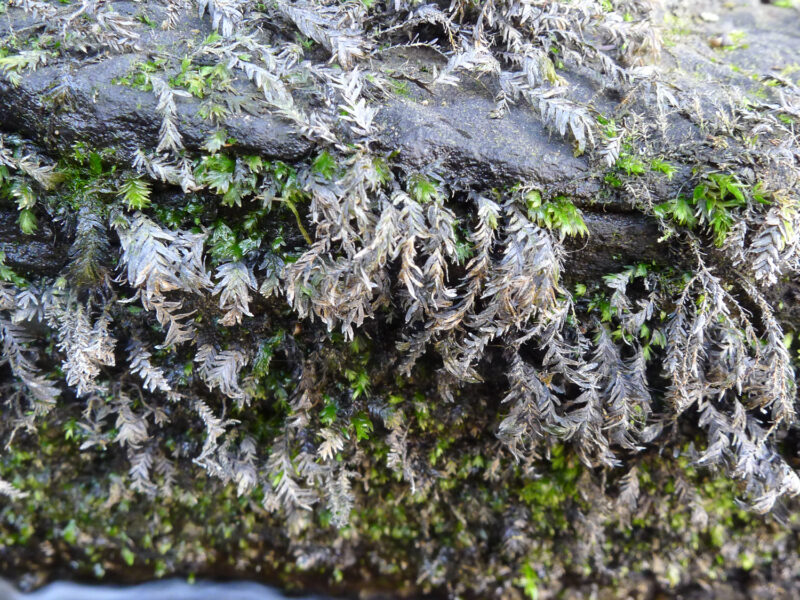