When fertile, this tiny acrocarpous moss is one of the neatest looking in the British flora, and consequently, though not particularly rare, will help to fill the cup of satisfaction of even the most experienced bryologist. Thankfully, it usually is fertile, and then easy to identify.

It forms dark green cushions, on rocks not too far from the sea, its stronghold being the west of Scotland. It has lanceolate leaves about 2mm long, not particularly distinguished looking. The capsule, on the other hand, is a little treasure. Peeping out from the leaves on a short seta (2 or 3mm long), it is neatly ovoid, with 16 peristome teeth, but they are united in pairs, and stick out from the capsule axis at right angles in a completely characteristic and charming manner. Unmistakeable, you will fall in love with it as soon as you see it, an unforgettable sight to be relished under the hand lens.

When it is not fertile, it is much trickier to identify as its leaves and cushions look like many other such acrocarps. If you suspect you have it, take it back to the microscope and search at the base of the shoots for linear, sometimes branched, gemmae. These characteristic structures are uniseriate and a few hundred microns long, consisting of chains of quadrate cells about 20 – 30 microns across, their exposed surfaces irregularly roughened. If successful, make a note in your diary to revisit the site in order to find capsules, for the full Glyphomitrium experience. You won’t regret it. 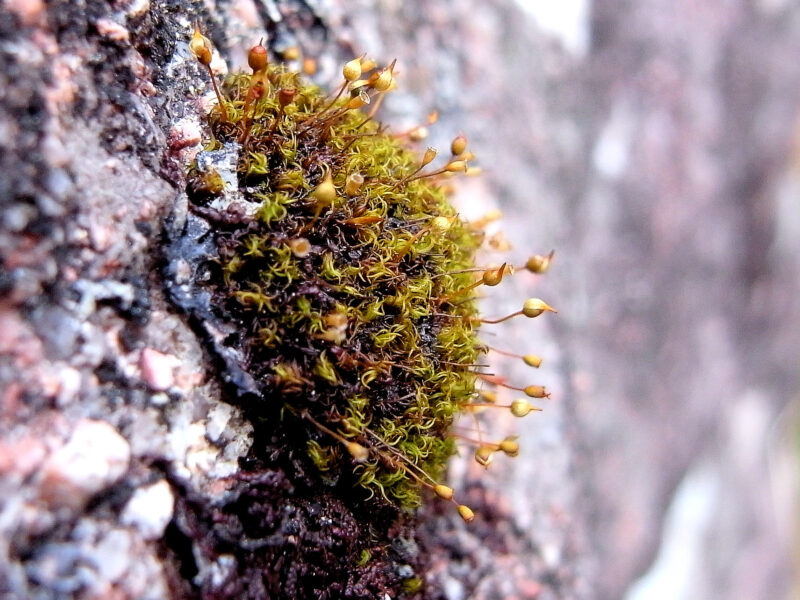 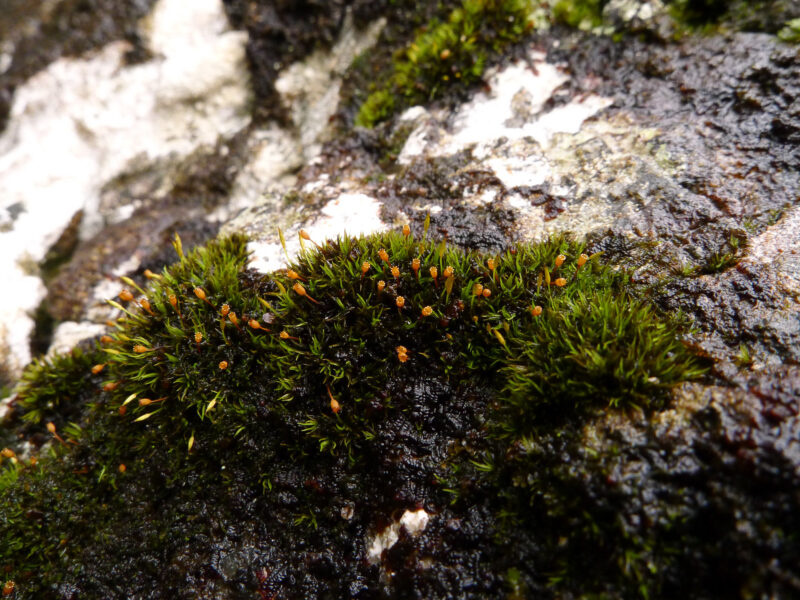 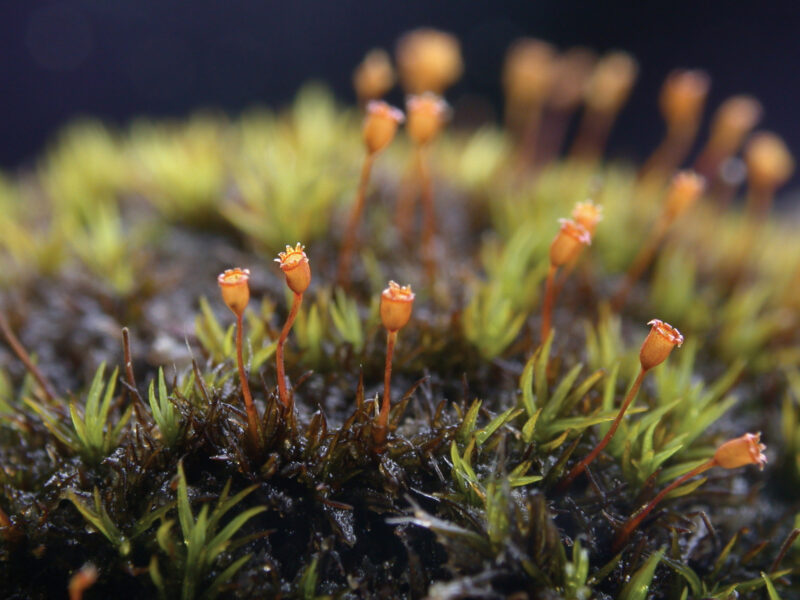 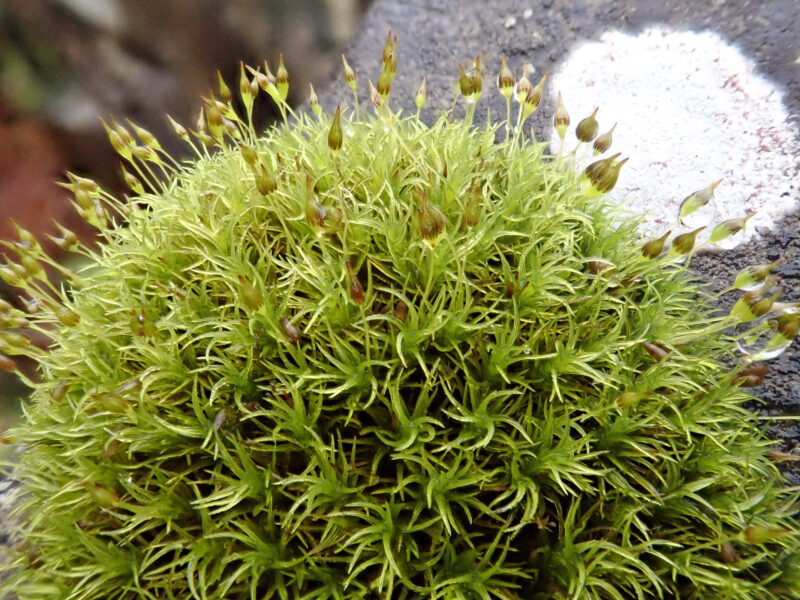 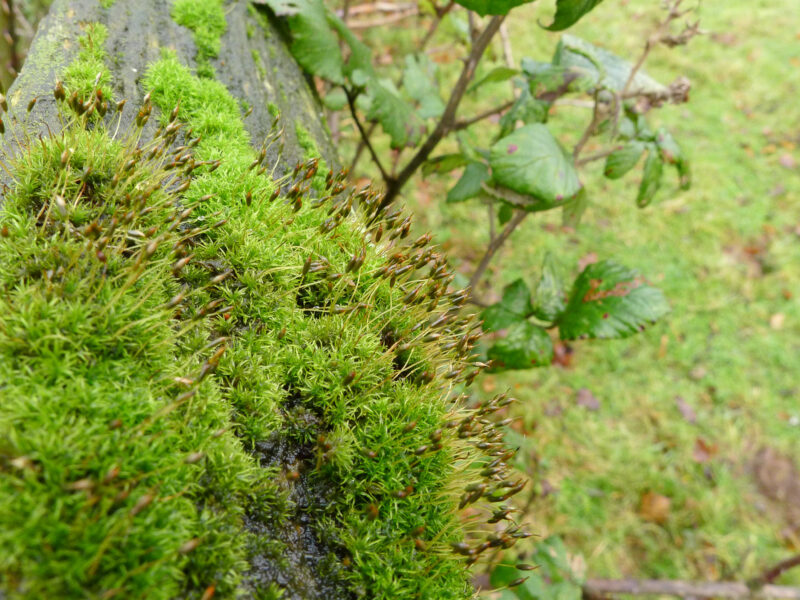