As with most Jungermannia / Solenostoma species, fertile material is really needed for identification so be sure to look for perianths before collecting specimens.

A bit of geological knowledge also comes in handy in identifying Jungermannia atrovirens as it is the only common member of the genus that has a strong preference for limestone and other basic rock. On damp limestone near streams, or on actively depositing tufa, J. atrovirens can be abundant and is a characteristic dark green colour.

Female plants often have perianths and these are free, i.e. without any bracts halfway up the outside. This – and the fact that the species is dioicous – helps to distinguish J. atrovirens from most of its relatives, many of which have a perigynium (bracts up the outside of the perianth). Jungermannia pumila, a species of upland watercourses, is not as calcicolous as J. atrovirens but can sometimes be found on limestone. It too has a free perianth, but it is paroicous and if you dissect the inflated bracts just below the perianth you will find lollipop-like antheridia inside. Solenostoma hyalinum, another common dioicous species, has a well-developed perigynium, which makes the perianth look quite immersed in the leaves. 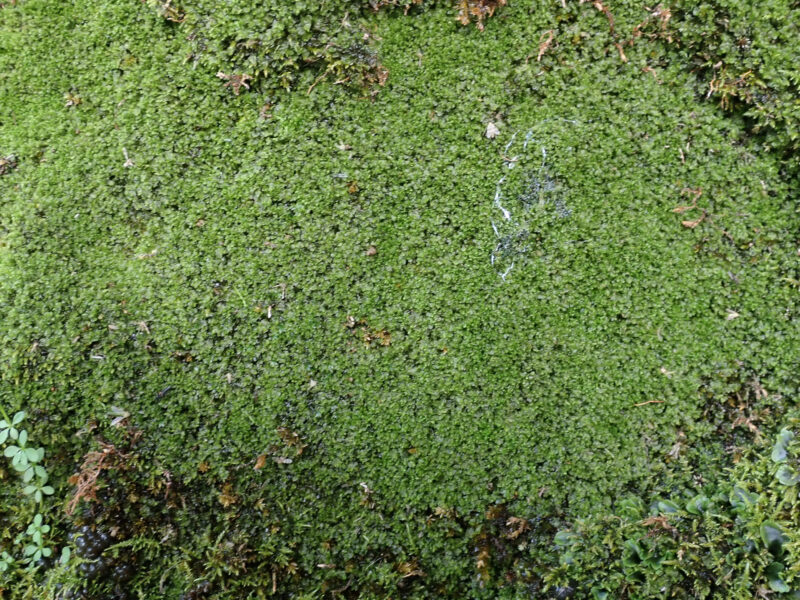 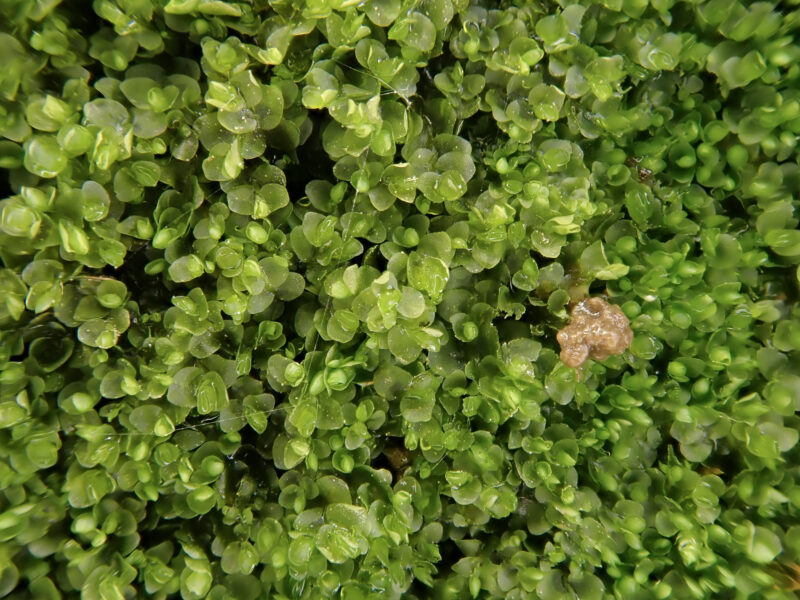 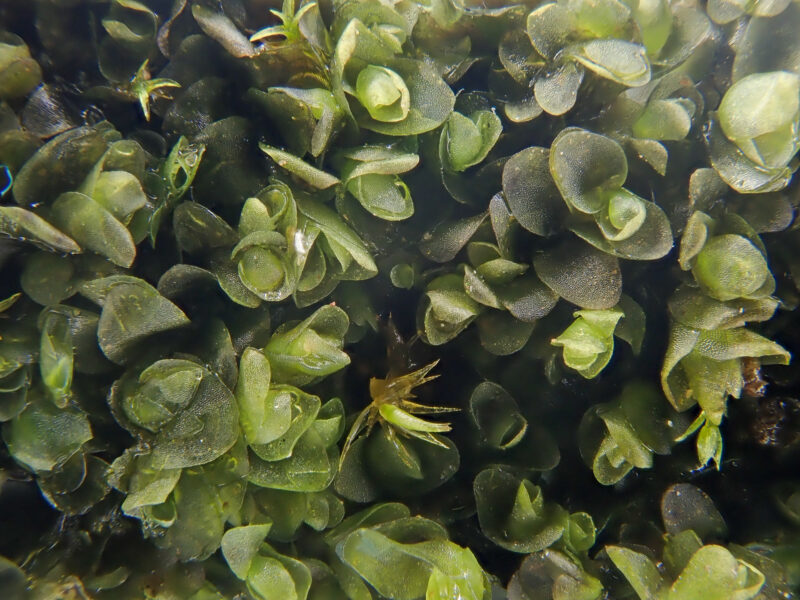 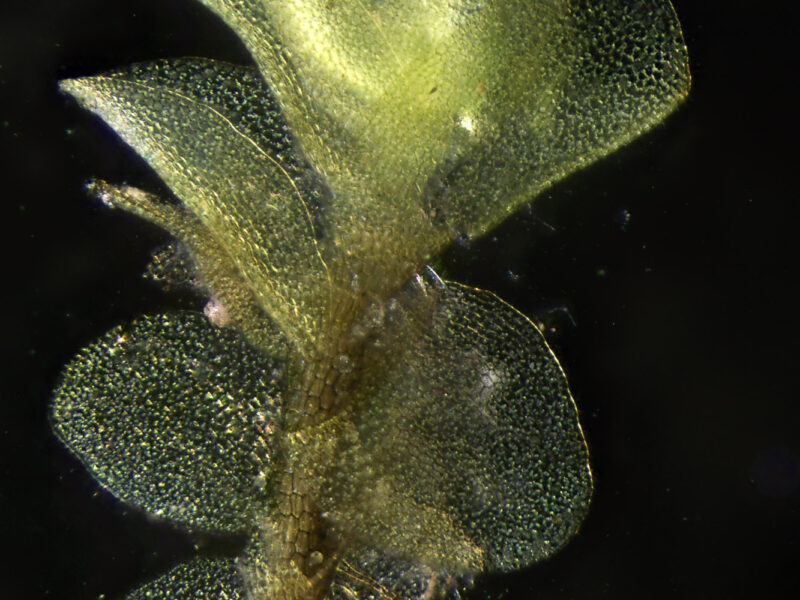 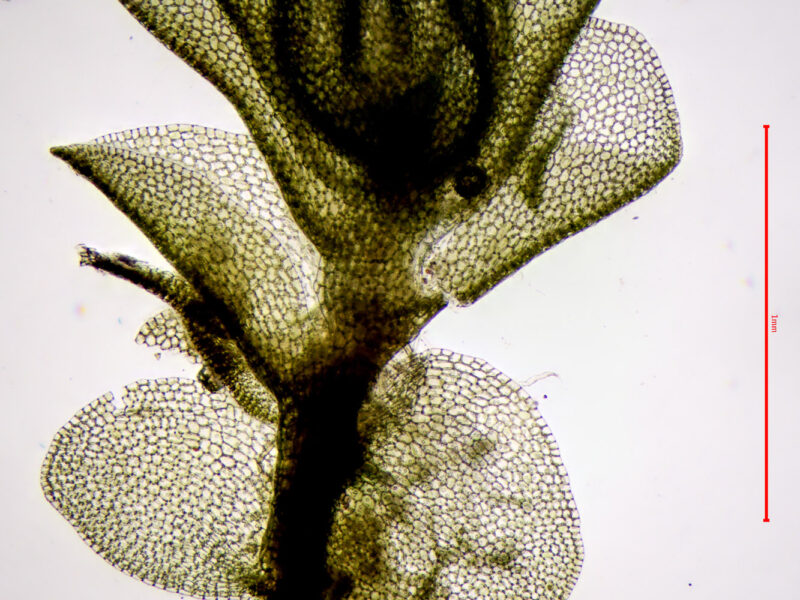 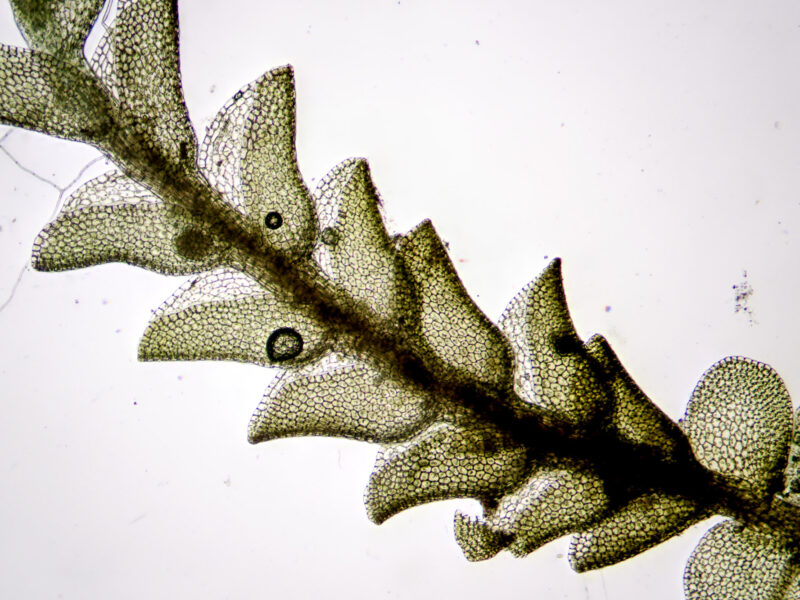 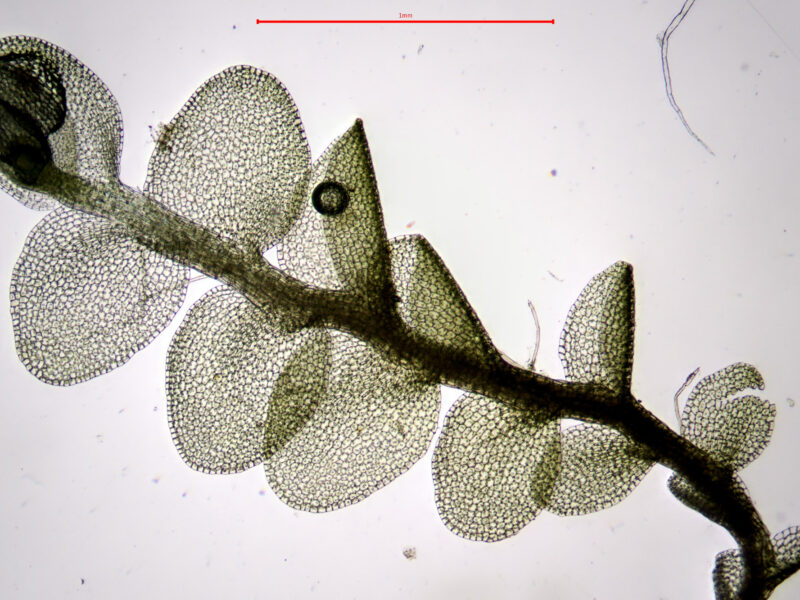 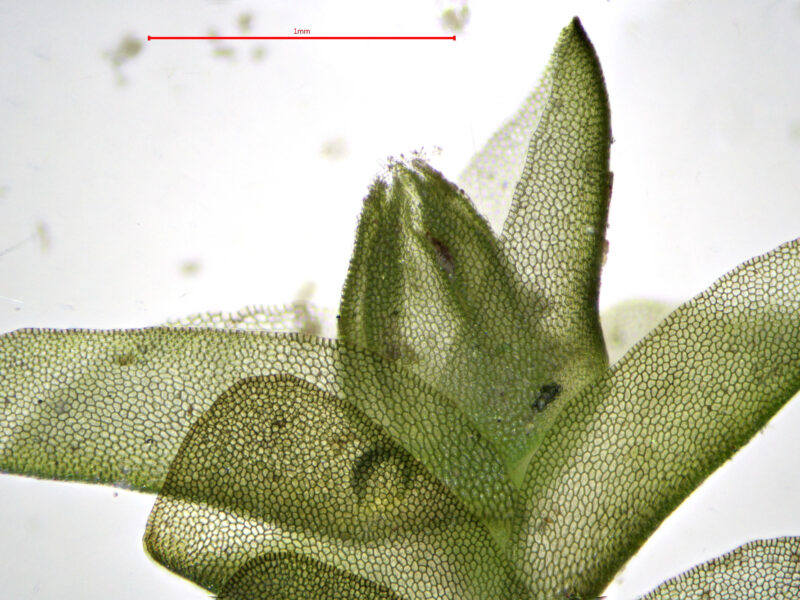 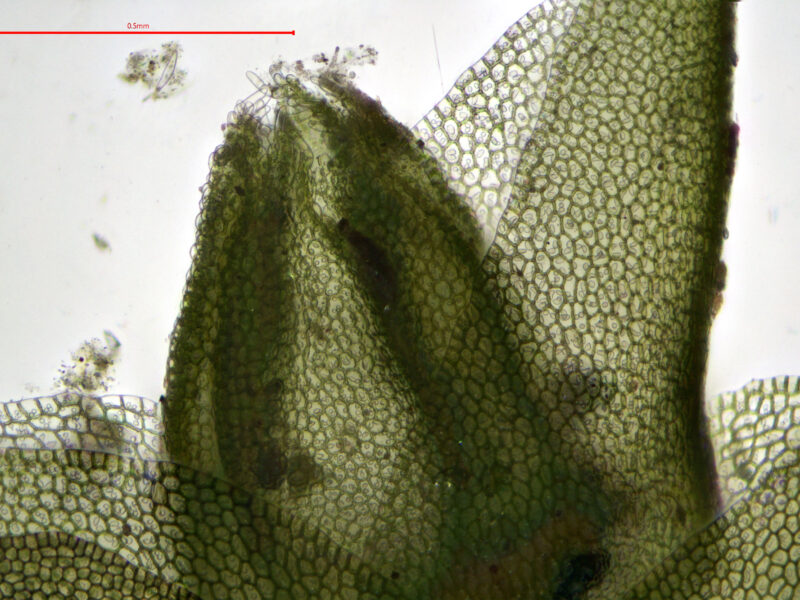 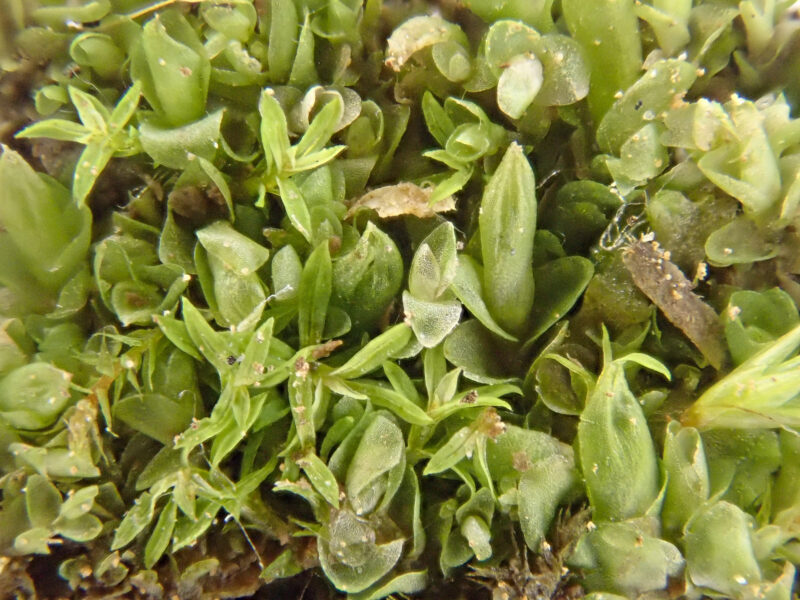