When the lower side of this little liverwort is examined with a hand-lens or stereomicroscope, it is immediately recognised as a Lejeunea by the way the lobule of each complicate-lobed leaf forms a small flap and by the row of relatively large underleaves.

Typically, L. cavifolia and its relatives form dense, flattened and interwoven patches of stems on bark and rock. In the field, it can be hard to see much detail of individual stems, but with care, it can be seen that the underleaves are very large, distanced from each other and considerably wider than the stem. It is widespread, but is much more tolerant of limestone and other basic substrates than L. lamacerina, which normally is a little smaller, has smaller underleaves and an obviously obtuse angle between lobule and lobe.

Under a compound microscope, it is immediately evident that the leaf cells of L. cavifolia always contain numerous minute simple oil-bodies, typically more than 25. L. lamacerina has larger, compound oil-bodies which are fewer in number, often 12 or less. It’s important to check any Lejeunea specimens while they are still fresh though, as the oil-bodies have a tendency to disappear after the plants have dried out in a moss packet. 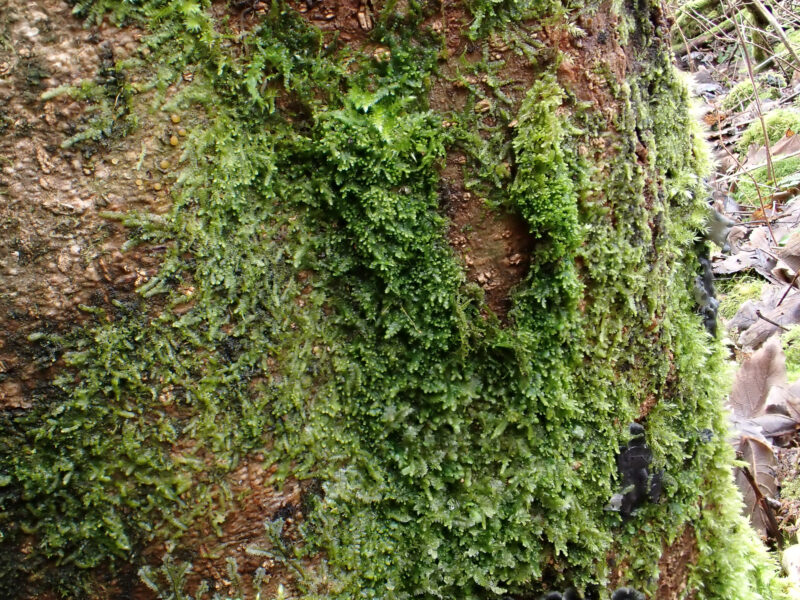 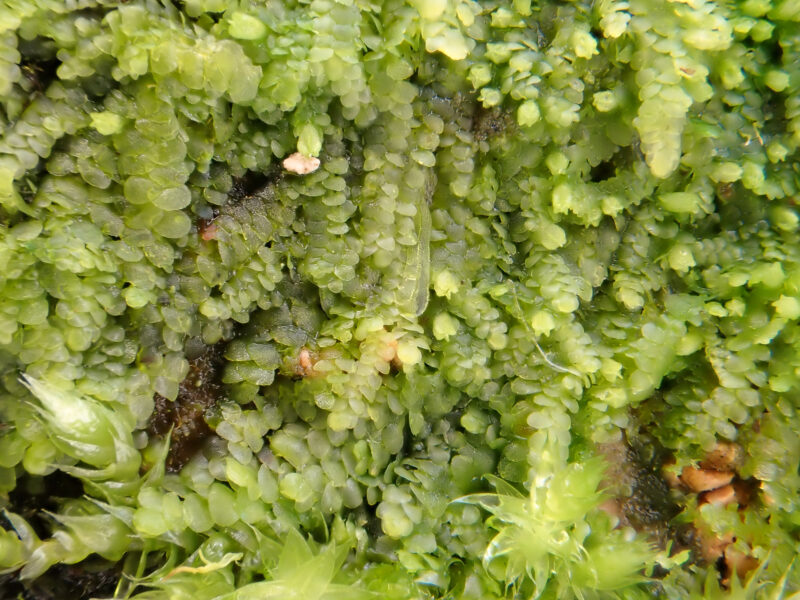 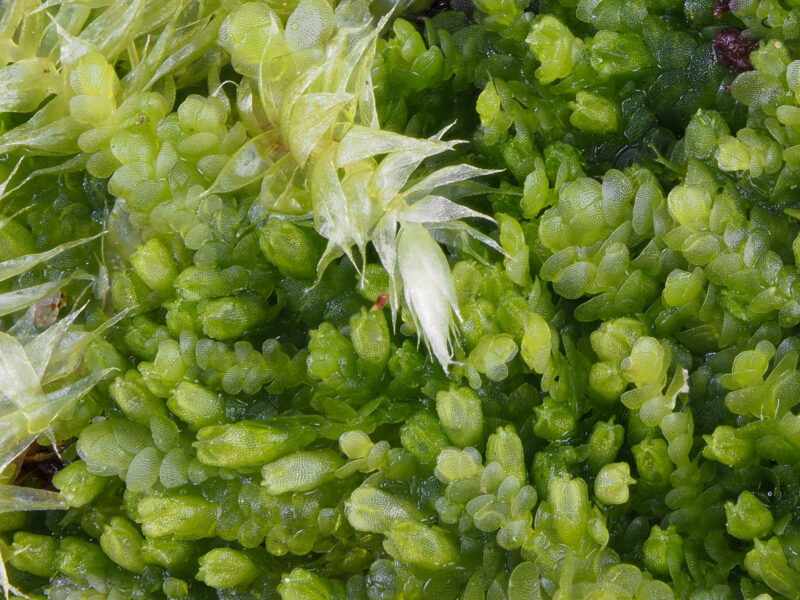 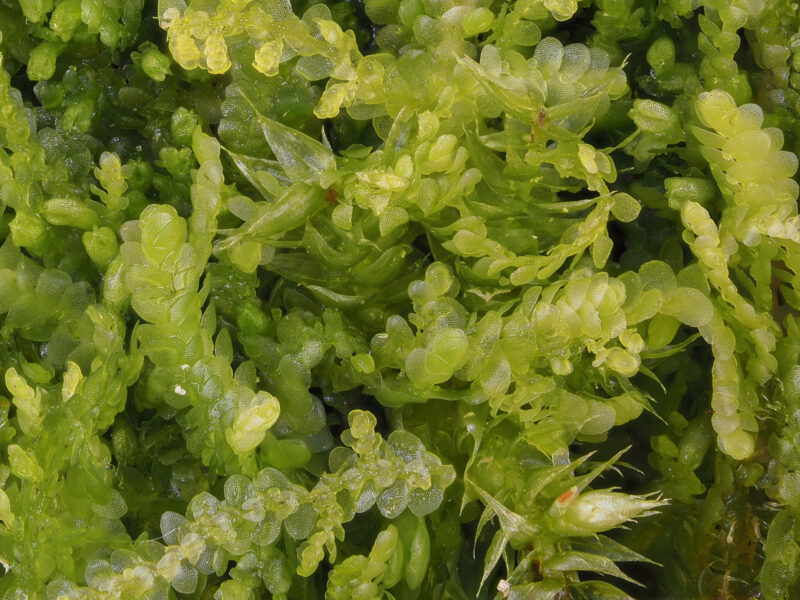 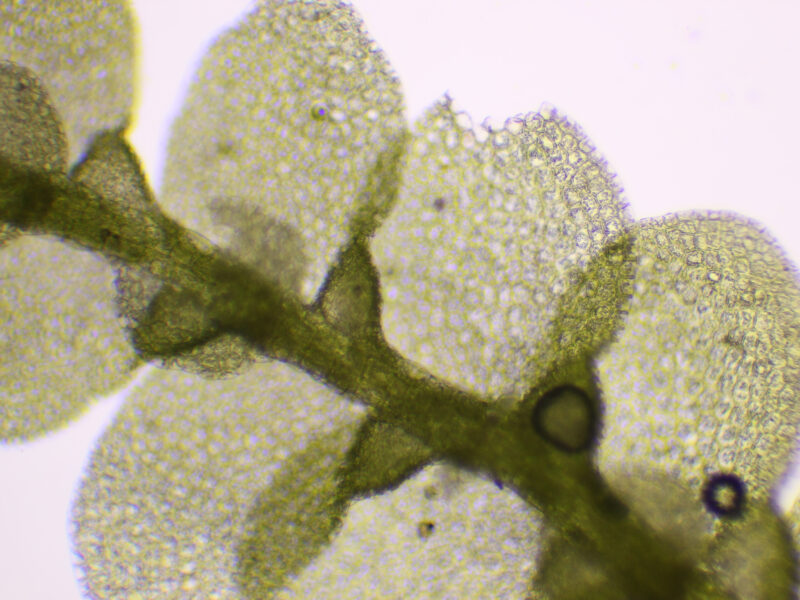 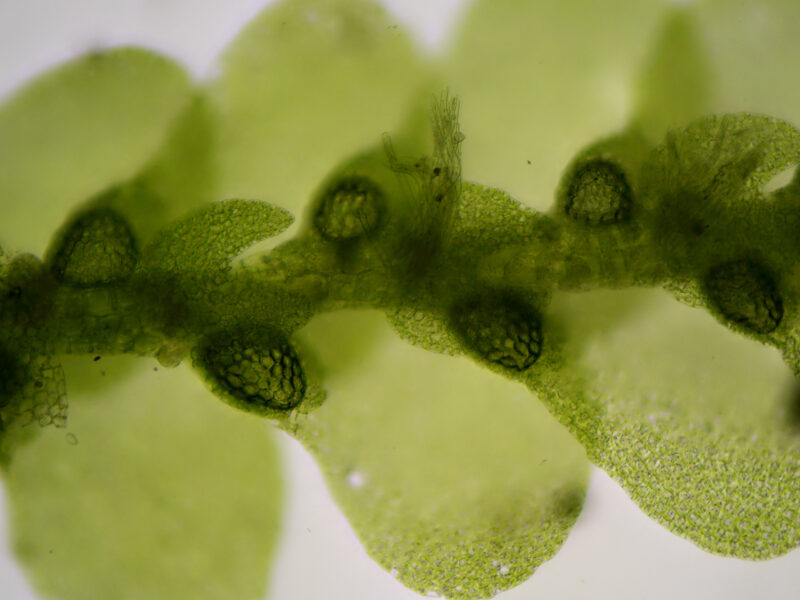 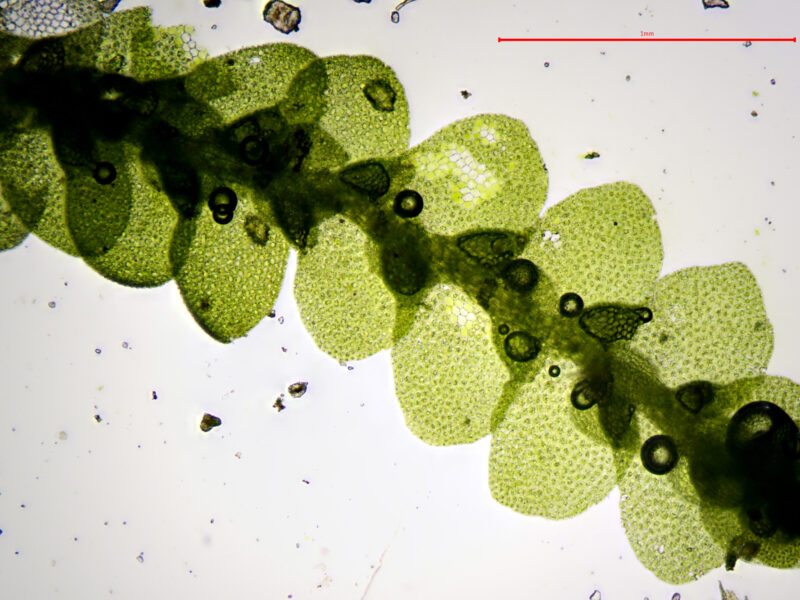 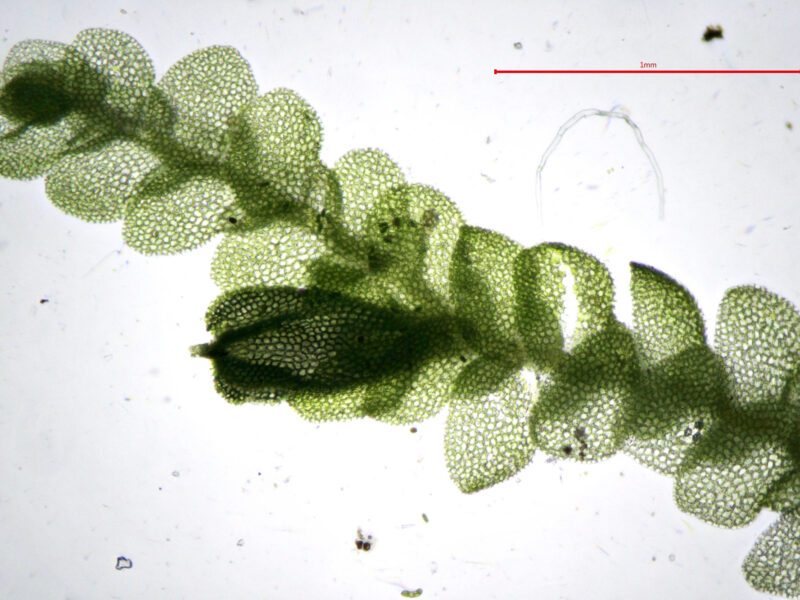 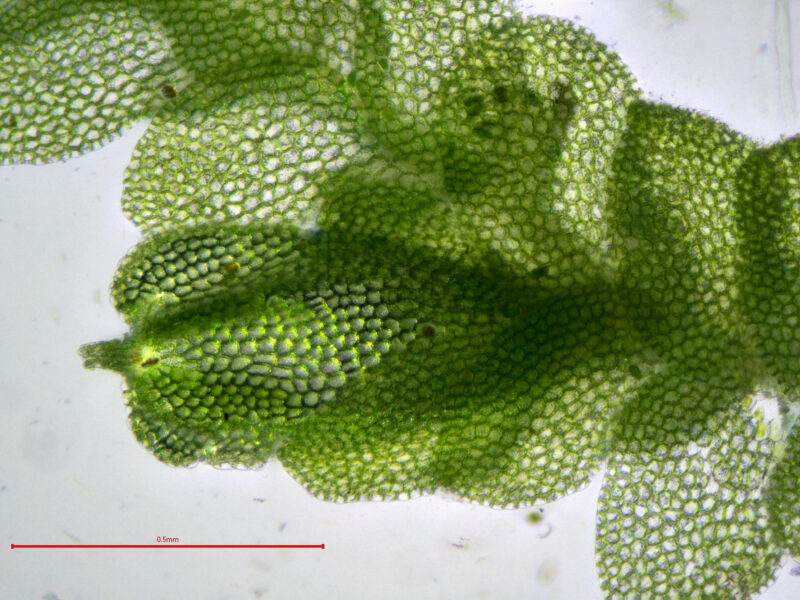 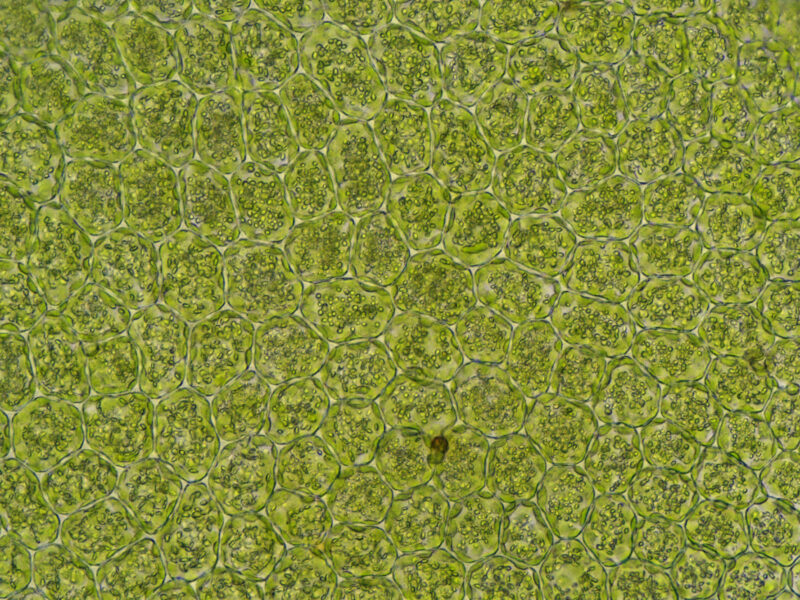 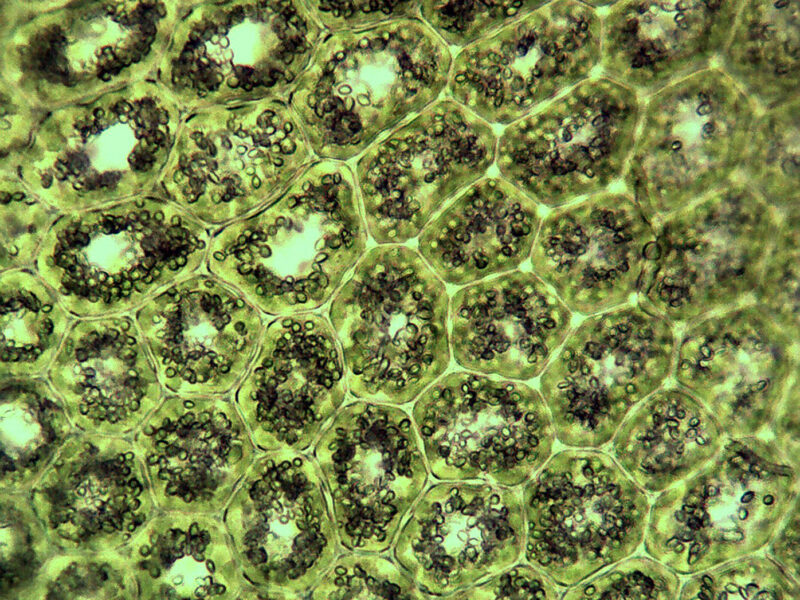 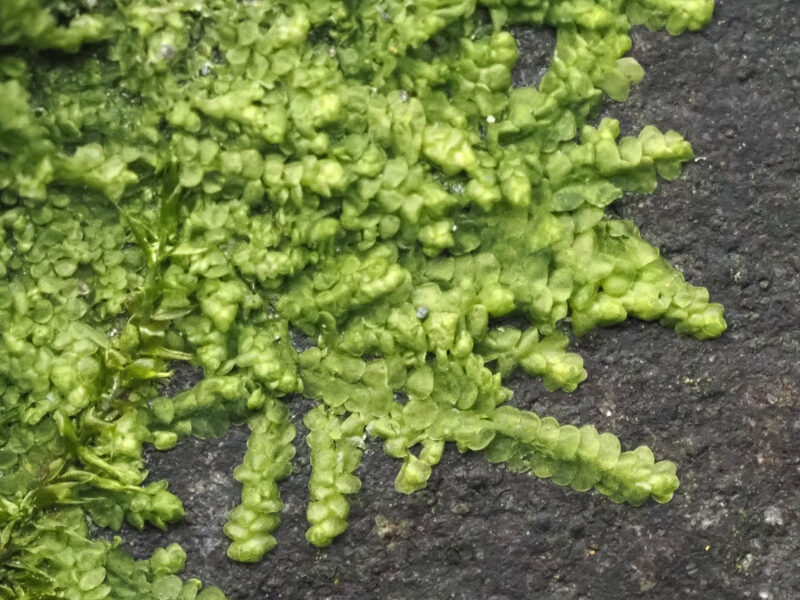 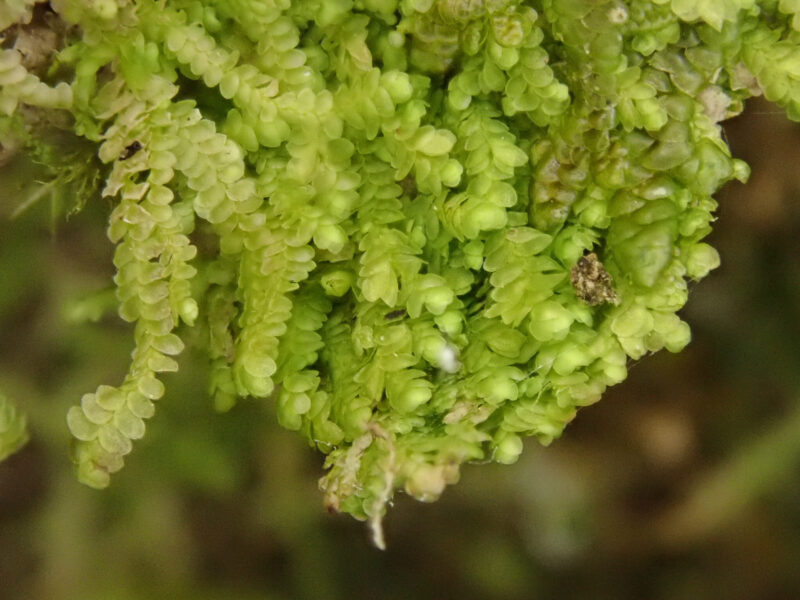