This tiny species was only described from Britain in 1985, but had been collected earlier and is likely to have been overlooked. It can be found in natural habitats, usually on shaded limestone blocks and loose stones, but is more easily encountered in churchyards. Typically it occurs on flat shaded damp limestone surfaces such as horizontal tombstones under trees or at the base of north church walls. It appears not to be as tolerant of dense shade as Gyroweisia tenuis.

Typical material is not that hard to recognise with a little experience and knowledge of the habitat preferences. It forms bright green patches of scattered and gregarious shoots about 1-2 mm tall. Under a hand lens the leaves are often slightly recurved and twisted. They appear parallel sided but taper gradually in the upper part and then more suddenly at the acute but rounded apex. Towards the apex the leaves become more crowded and longer, especially the perichaetial leaves.

Atypical material can be a real headache, particularly if old, unhealthy and found as just a few shoots. Small plants of other acrocarps such as Didymodon sinuosus can be a problem, as can Gyroweisia tenuis. Heavily shaded plants can appear darker.

Protonemal gemmae are present, and developing capsules can rarely be found in the Spring, but may later be eaten by invertebrates.

This is a Mediterranean Atlantic species which is common in Southern Europe but exists here at the edge of its range and is absent from most of NW Britain and Ireland. 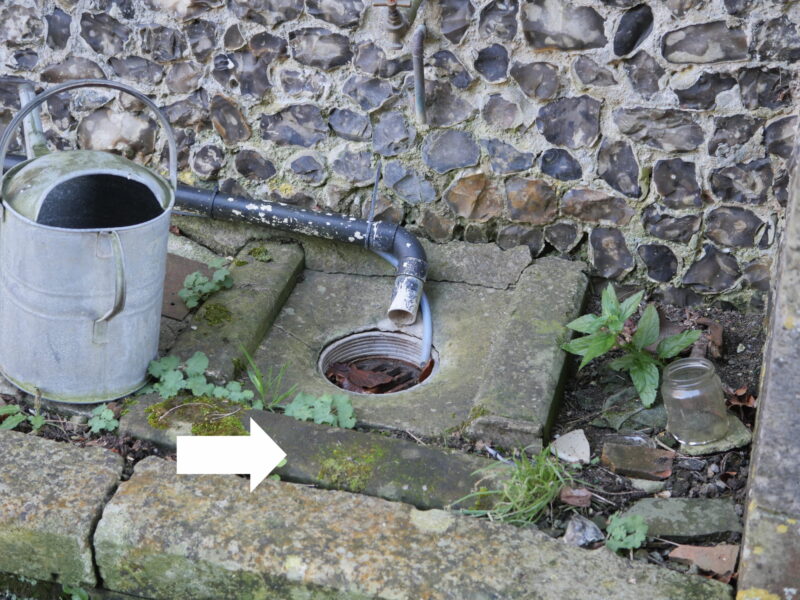 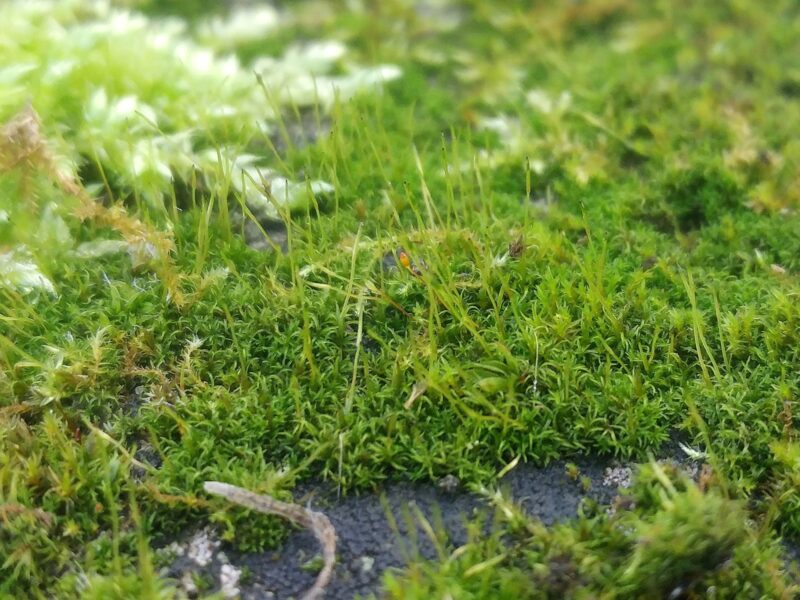 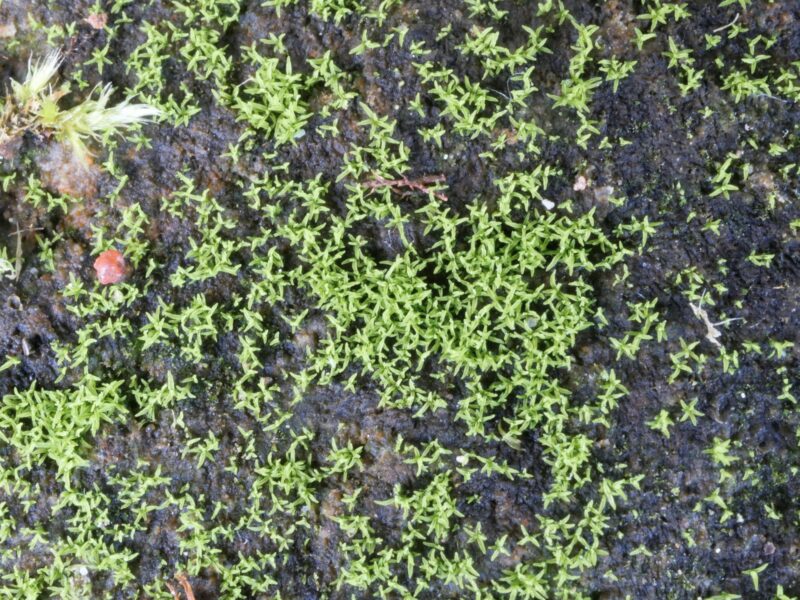 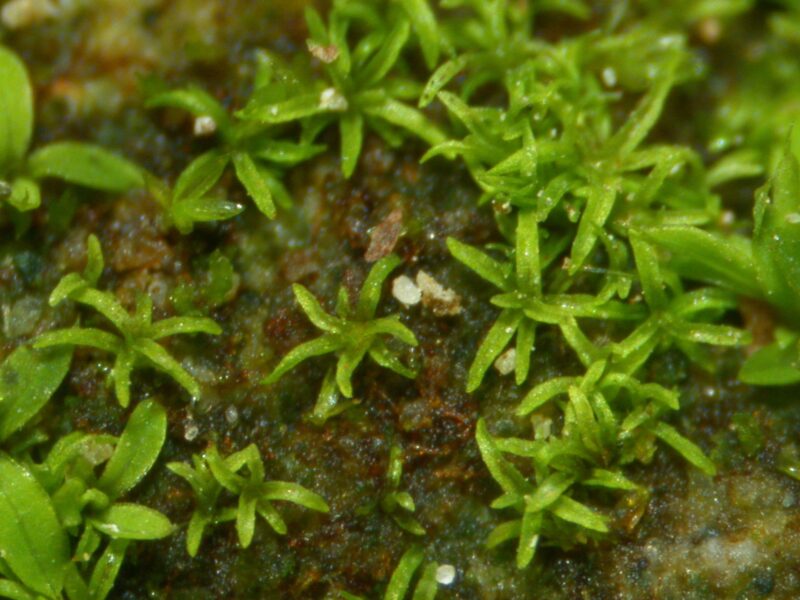 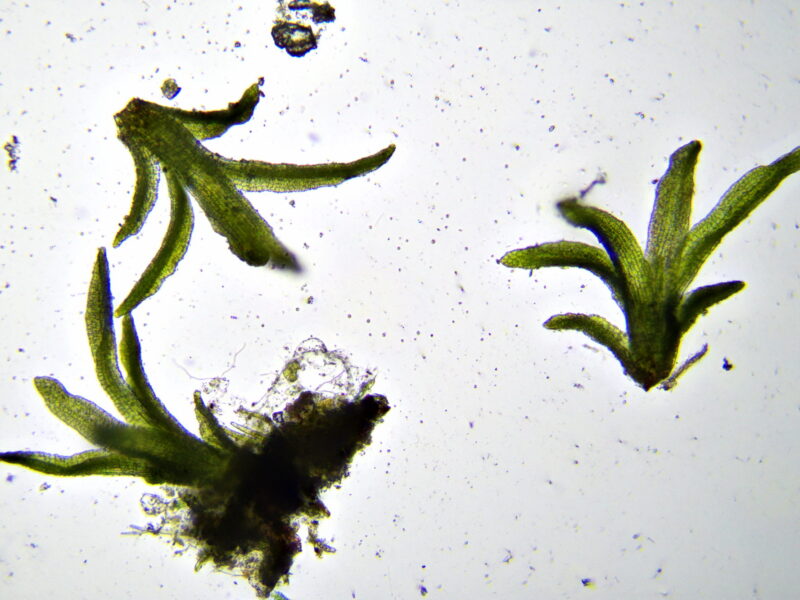 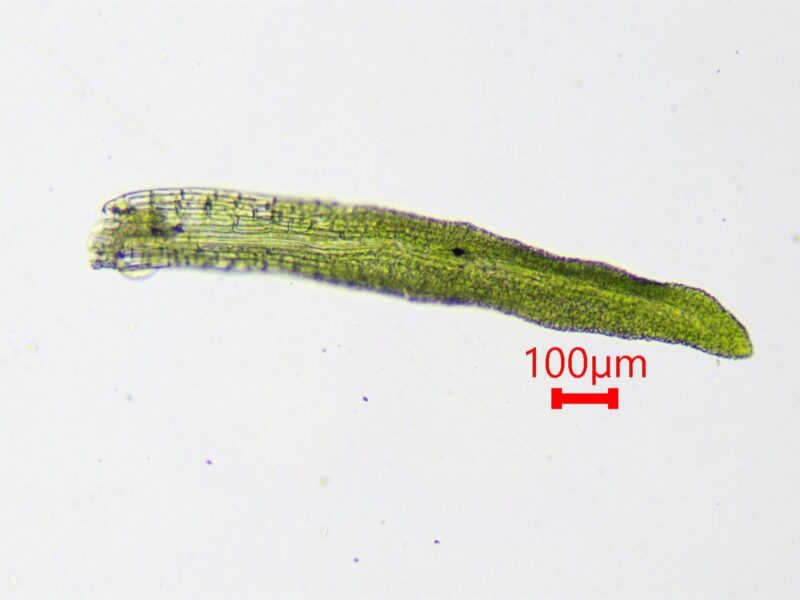 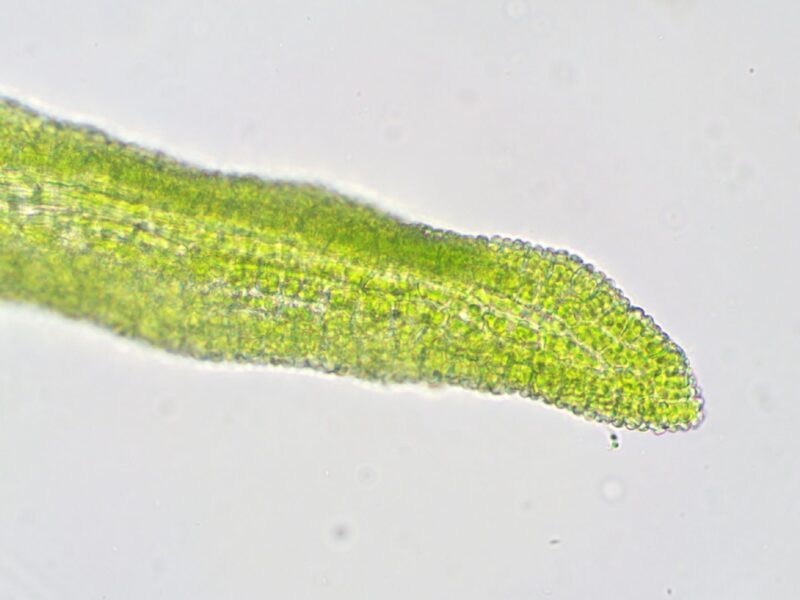 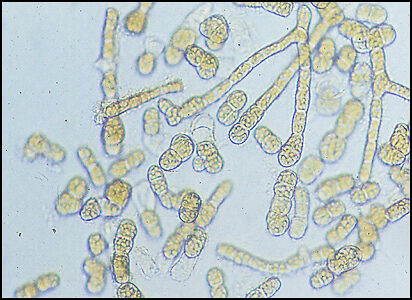 https://sussexbryophytes.wordpress.com/2017/10/22/identifying-leptobarbula-berica/
Back to species finder 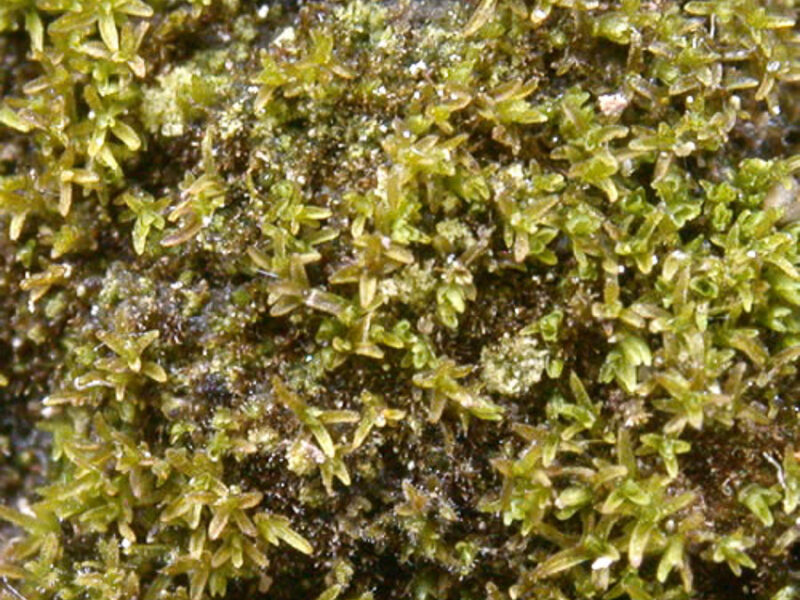