Leptodictyum riparium is a common plant of the lowlands which can be quite variable but is almost always found on firm surfaces such as masonry, tree roots, back and woody debris beside water, often in the inundation zone of watercourses but also in swampy areas, beside ditches and in wet woodland. In such habitats a puzzling pleurocarp will often turn out to be this species.

It is usually moderately robust but can be slender. It is a rather dull green and often encrusted with silt. The leaves are usually distant and spreading with relatively complanate branches that often grow flat against the substrate. Usually there is a characteristic falcate tendency at the tips of the branches.

The lanceolate leaves have a strong nerve and there is no well defined group of alar cells. Capsules are not uncommon and are usually ellipsoid and rather fatter than those of Brachythecium species.

When typical, this species is usually fairly starightforward to recognise, but atypical forms may need microscopy. 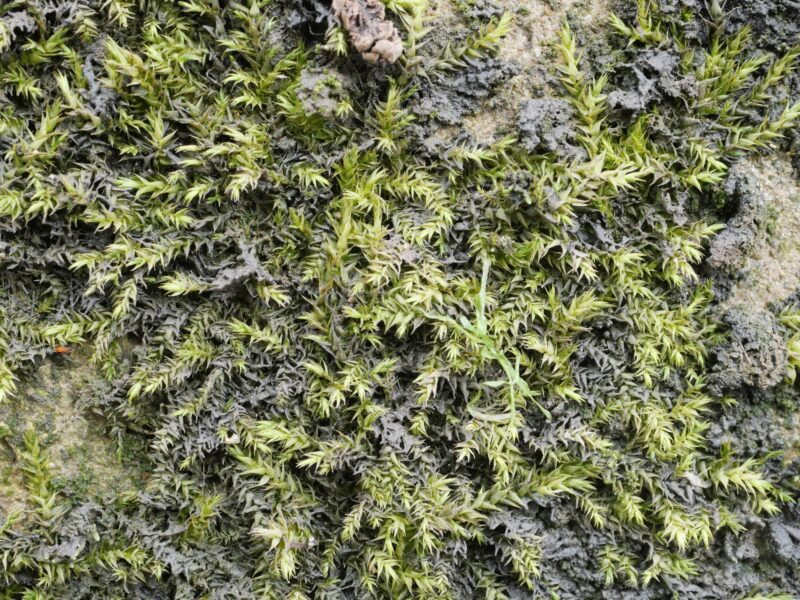 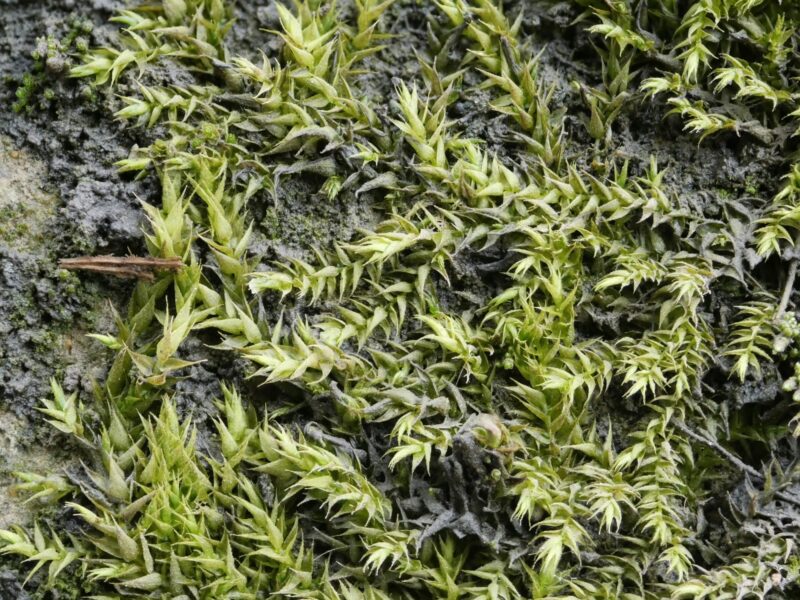 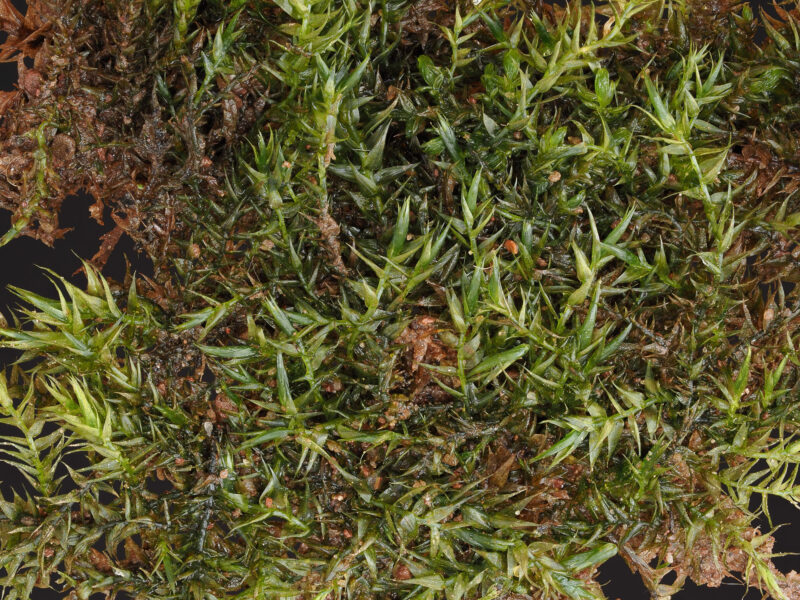 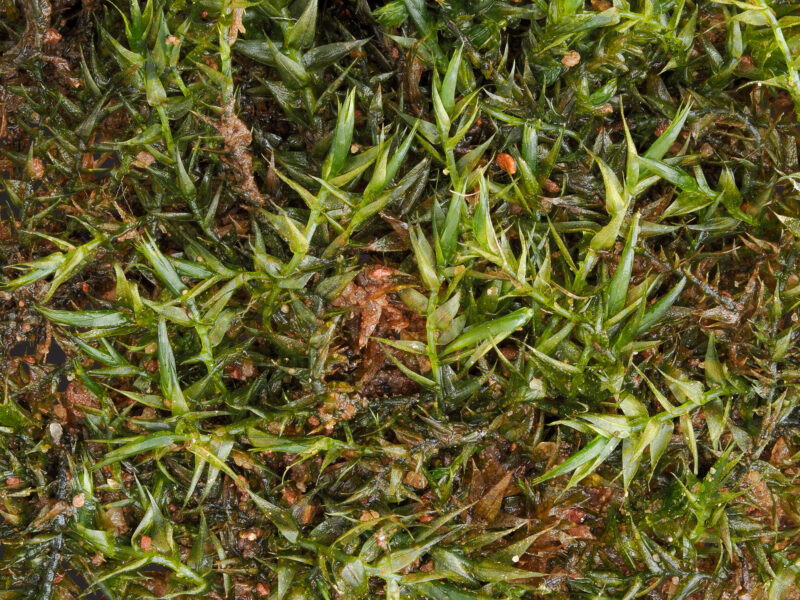 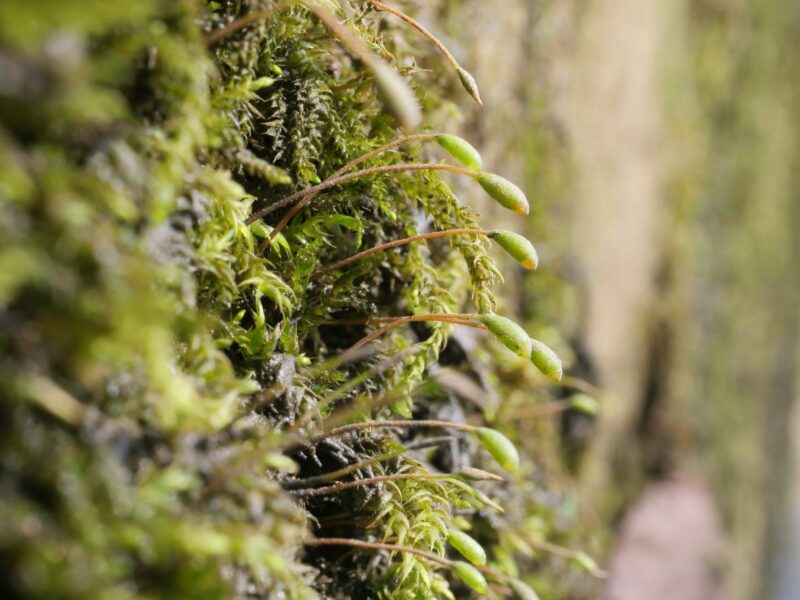 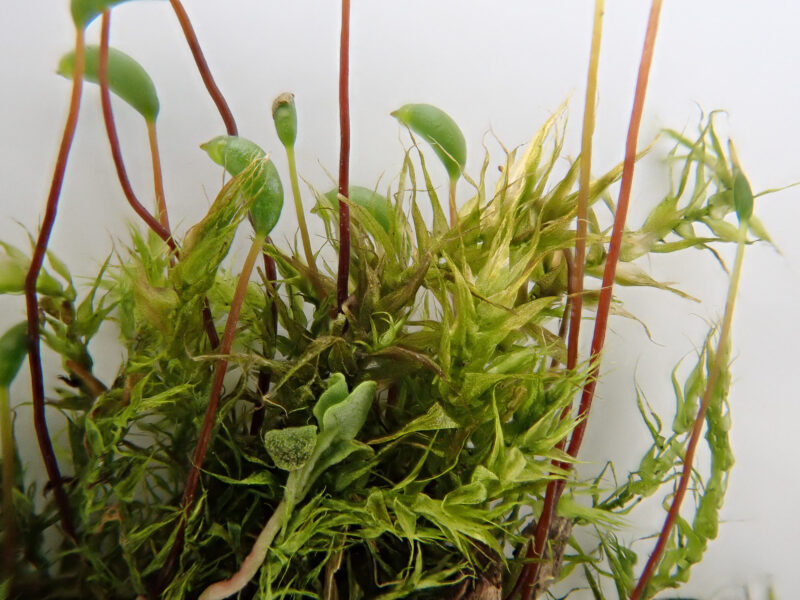 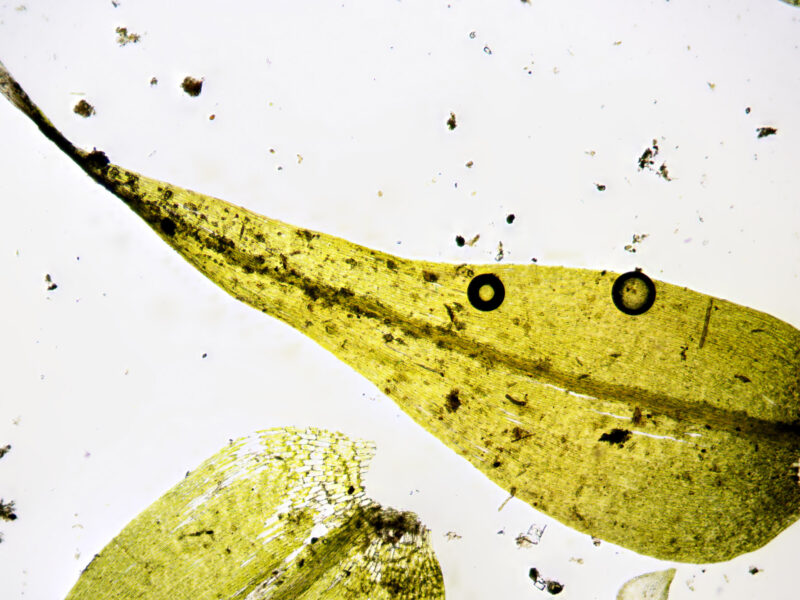 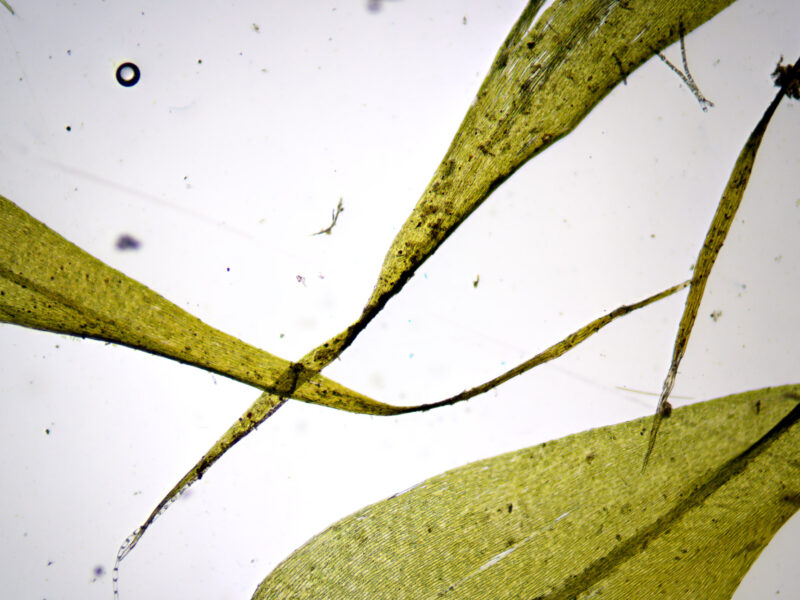 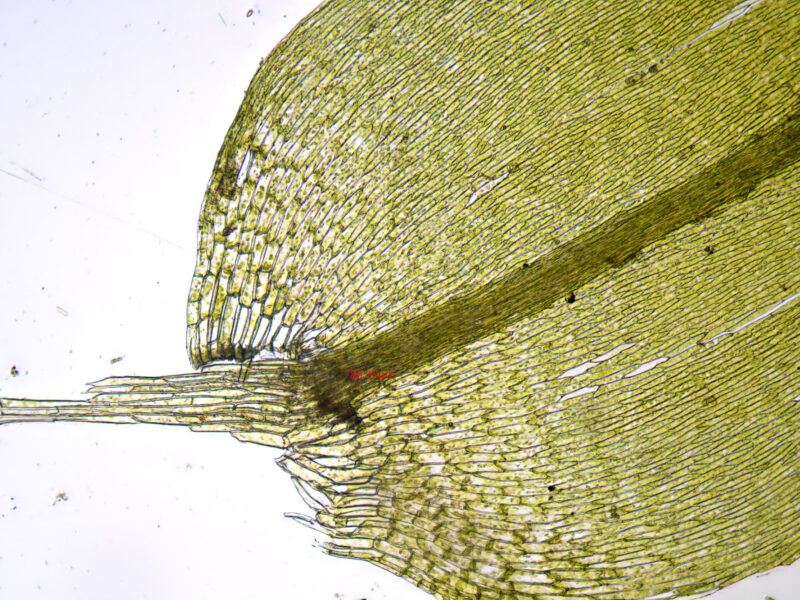 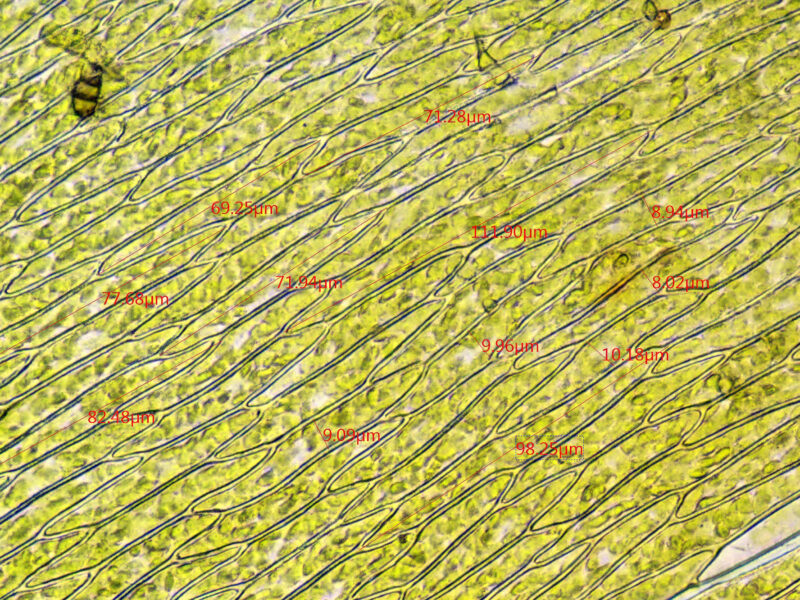 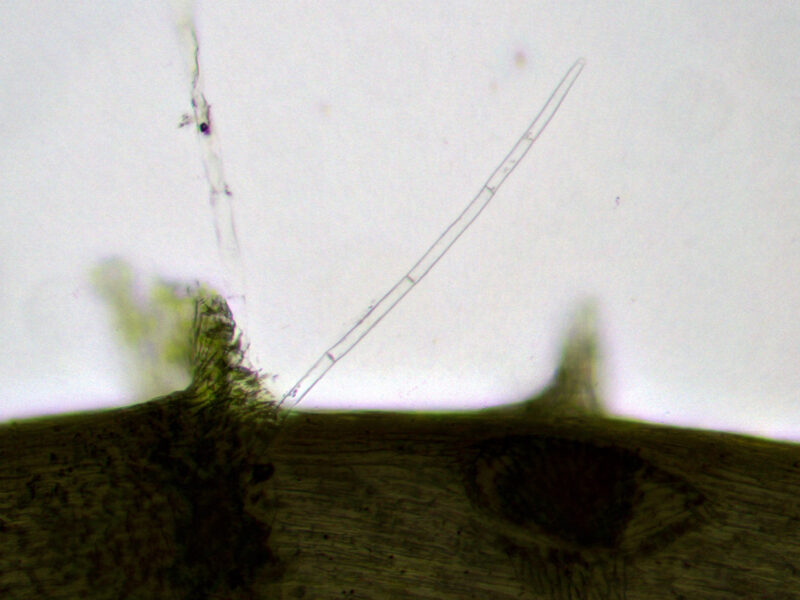 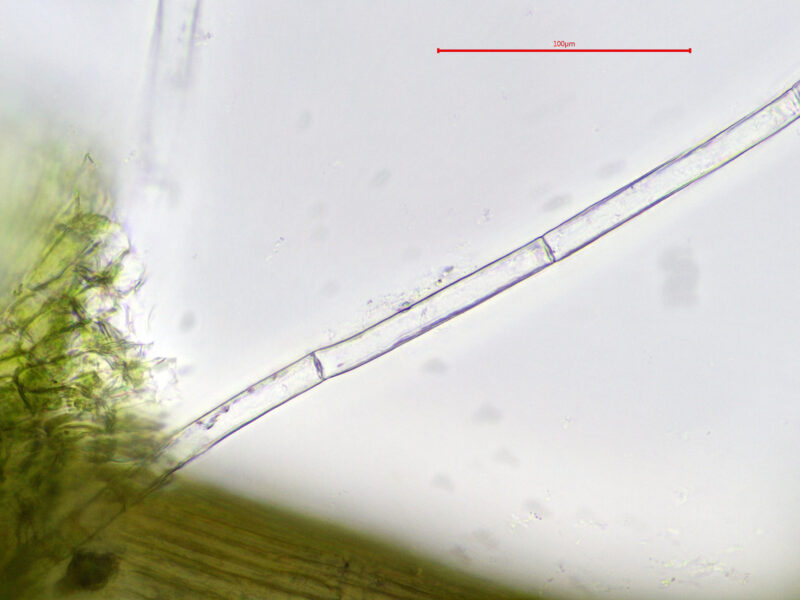 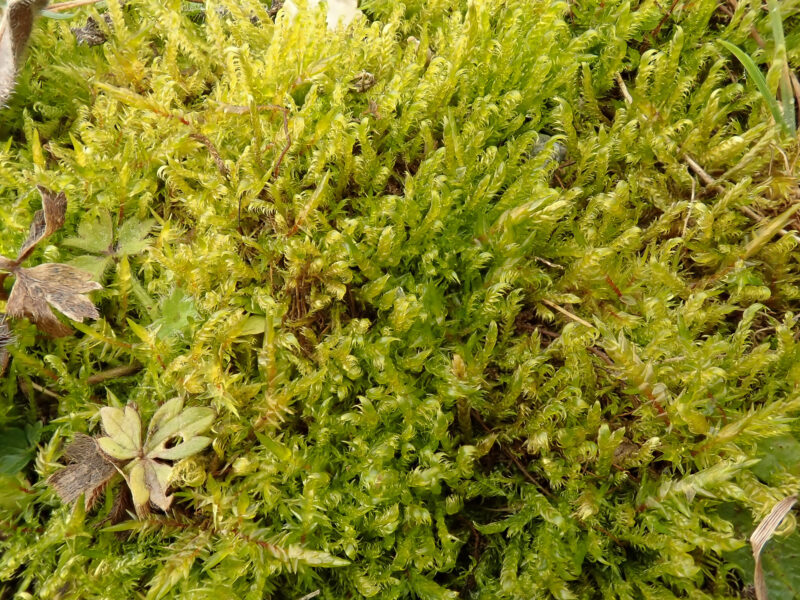