This tiny epiphyte is a similar size to Microlejeunea ulicina, and often grows in similar places, on the base-rich bark of trees. It is rarely without its characteristic keeled perianths and when these are abundant, it can even be recognised without a hand-lens by its ‘dotty’ appearance. M. ulicina lacks such perianths and also has underleaves, not present in M. minutissima does not. In the field, M. minutissima often forms small but dense bright or pale green patches on bark and this character can be helpful in separating non-fertile colonies from M. ulicina, which is normally found as scattered, creeping stems.

M. minutissima has moved inland from coastal districts in recent years and is now common in many areas. 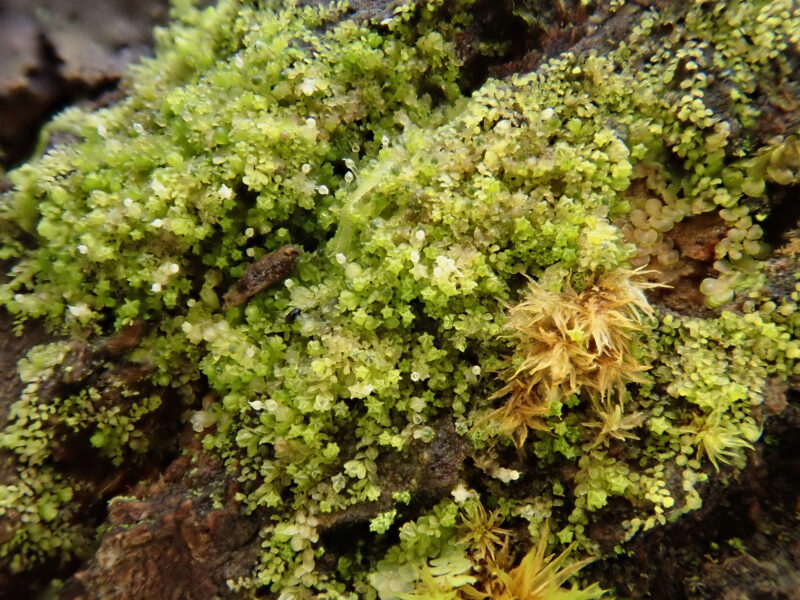 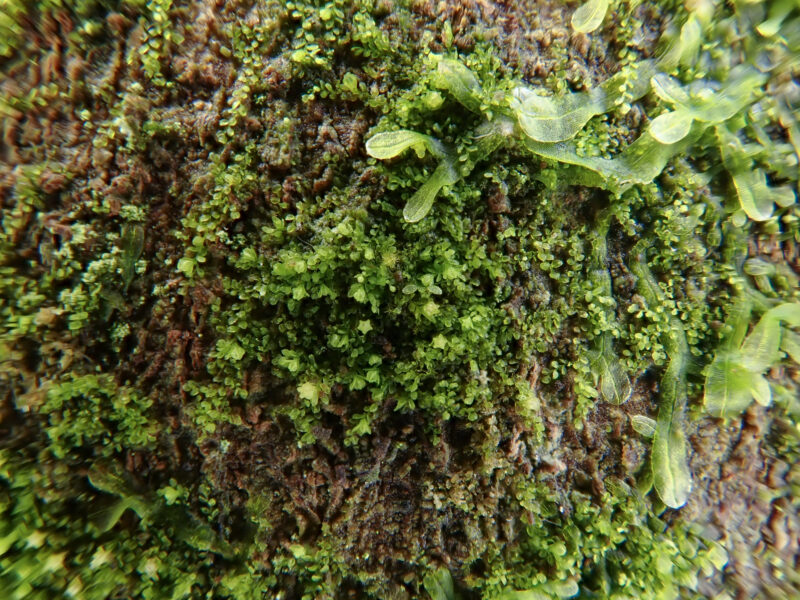 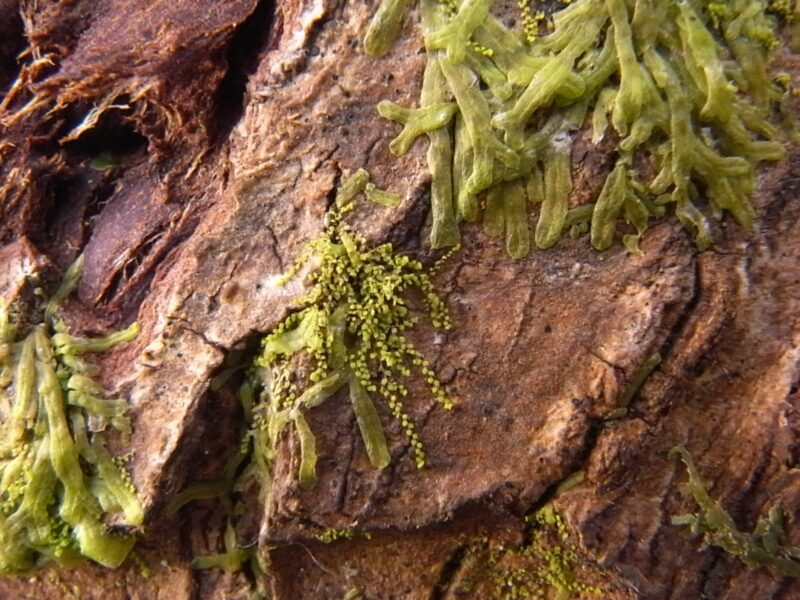 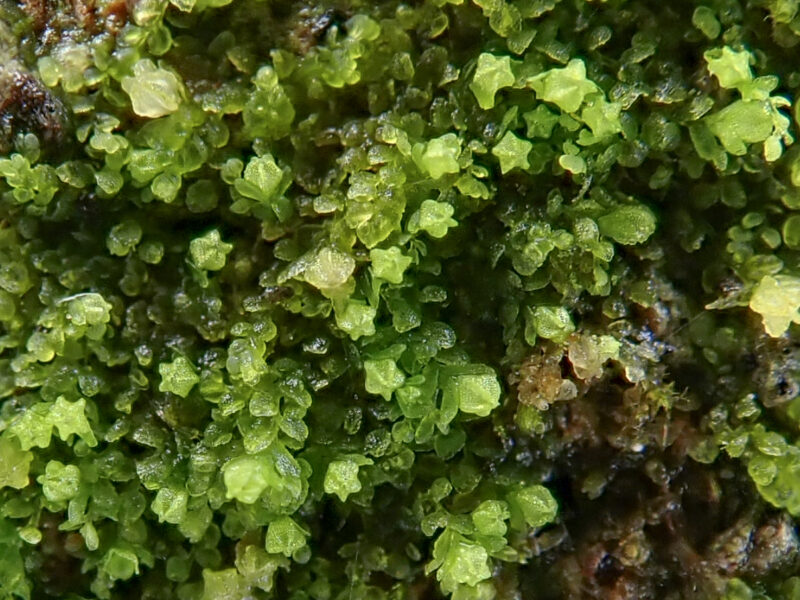 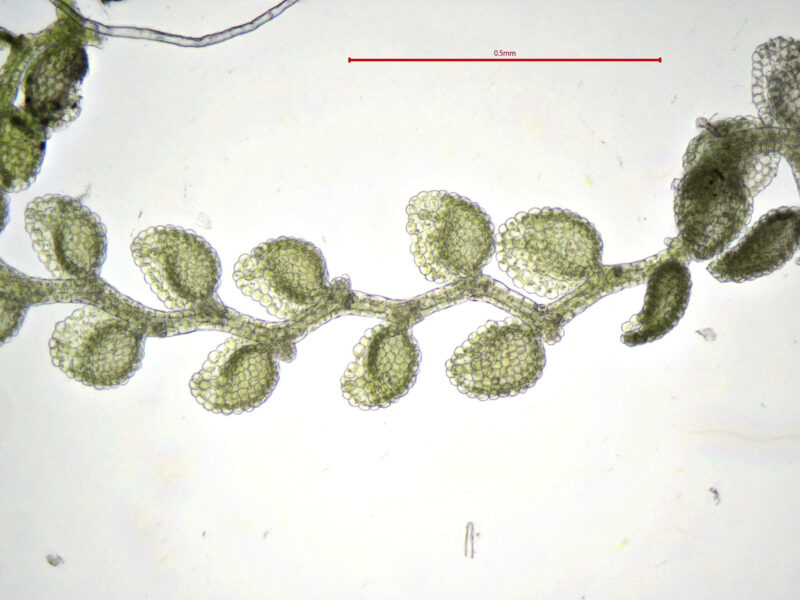 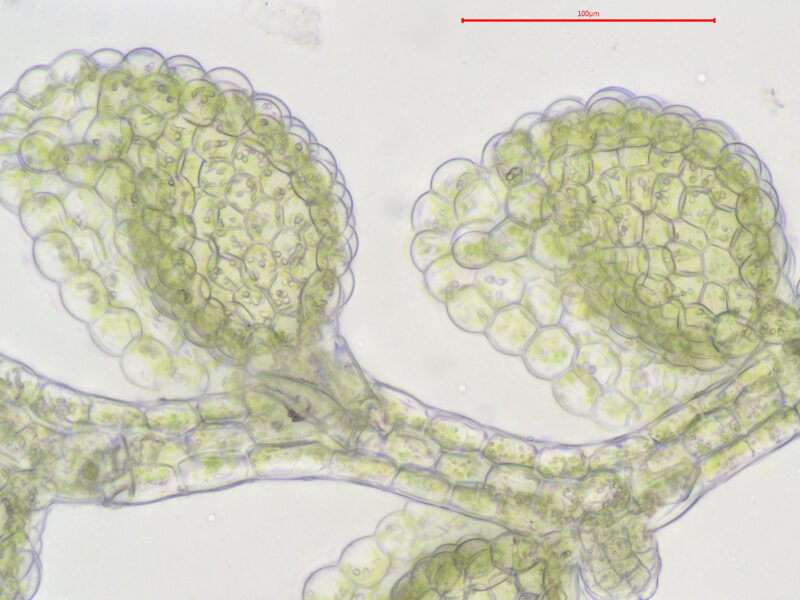 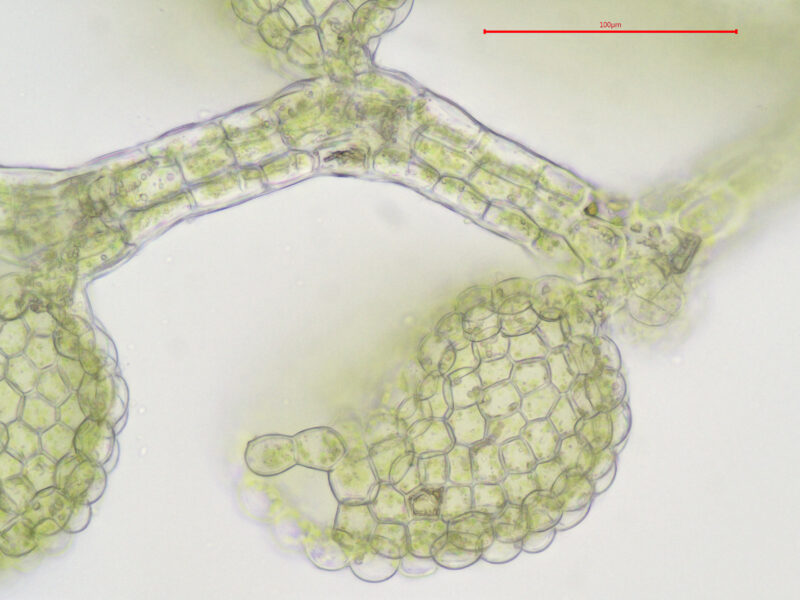 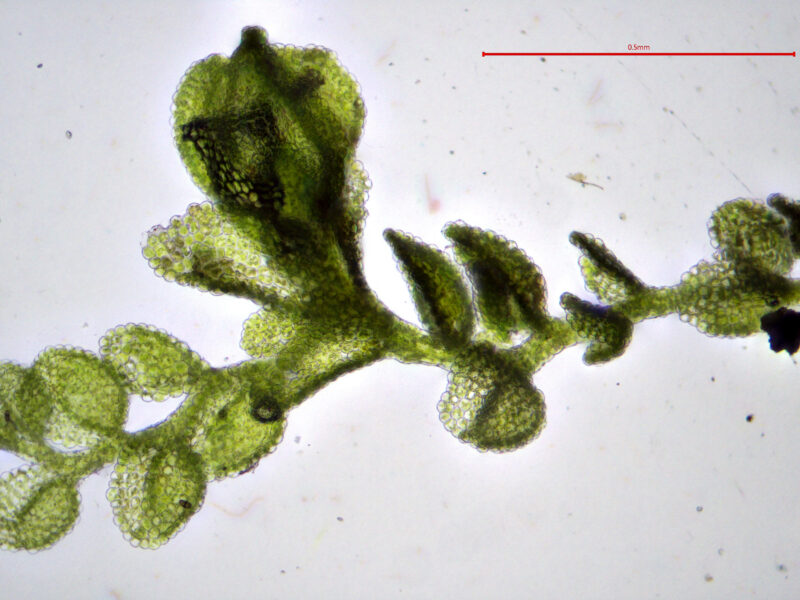 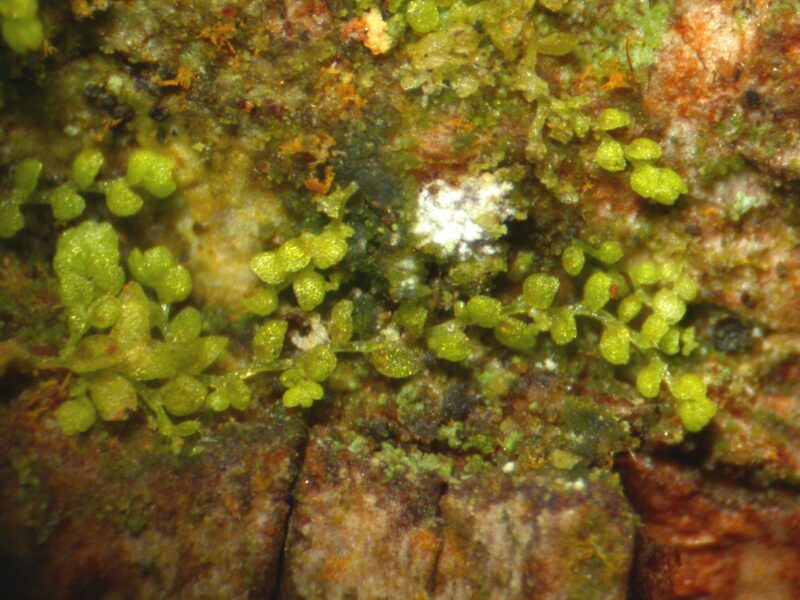