Until recently, a misunderstood and feared plant. For many years R. obtusum has been regarded variously as a subspecies, variety or even form of Racomitrium heterostichum but it is now unequivocally recognised in its own right as a species in the British and Irish flora. The limits of R. heterostichum sensu stricto, on the other hand, are far narrower than they used to be and accounts of R. heterostichum agg. in Smith, the Field Guide and elsewhere are no longer accurate.

How to recognise it? Tom Ottley’s comprehensive recent account of R. obtusum – and its place within the hierarchy of Racomitrium species in our islands – is essential reading and can be downloaded below. Much of the confusion in the past with this species has come from its capacity to grow in two different-looking forms. Plants whose leaves entirely lack hair-points (awns) are the so-called muticous form, and these are relatively straightforward to identify. Yellow-olive green plants on boulders, rocks and walls with narrow but somewhat blunt looking leaf tips (not as blunt as R. aciculare) may be candidates. R. fasciculare may have a similar yellowish colour but you can usually see in the field that the leaves are sharp-tipped and that species always has numerous short stubby branches along its stems.

Examining leaf and nerve sections is really important when making identifications of Racomitrium. Plants are most easily sectioned when they are dry and when their leaves tend to lie along the stems. Slicing these with a new, ultra-sharp razorblade normally delivers great results.

The other form of R. obtusum is trickier. You may come across hoary-looking plants with the same growth form, yellow-green colour and habitat as muticous R. obtusum. In the past these would probably have been identified without question as R. heterostichum but we now know that many of these plants are in fact the awned form of R. obtusum. Very confusing! It is strongly advised to refer carefully to Tom’s article to try to identify any such plants, but as a general rule of thumb when collecting candidate material, if the upper leaves have long awns but the older, lower ones do not, or they are very short, then the chances are that you have R. obtusum. Conversely, R. heterostichum s.str. is usually blackish and very hoary throughout, lower leaves too.

R. obtusum is widespread in western and northern districts although its distribution is not fully known yet. As bryologists gain more familiarity with R. obtusum it is becoming clear that in some areas this species is more common than R. heterostichum s.str. 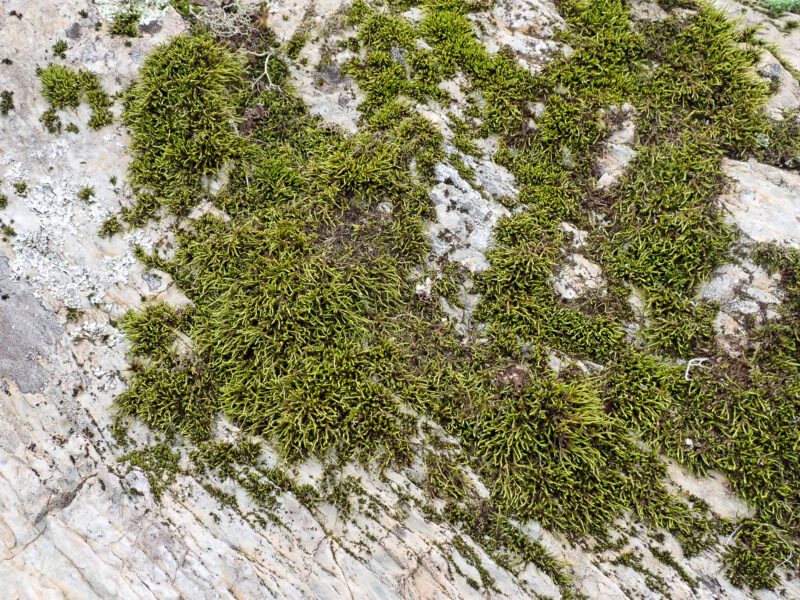 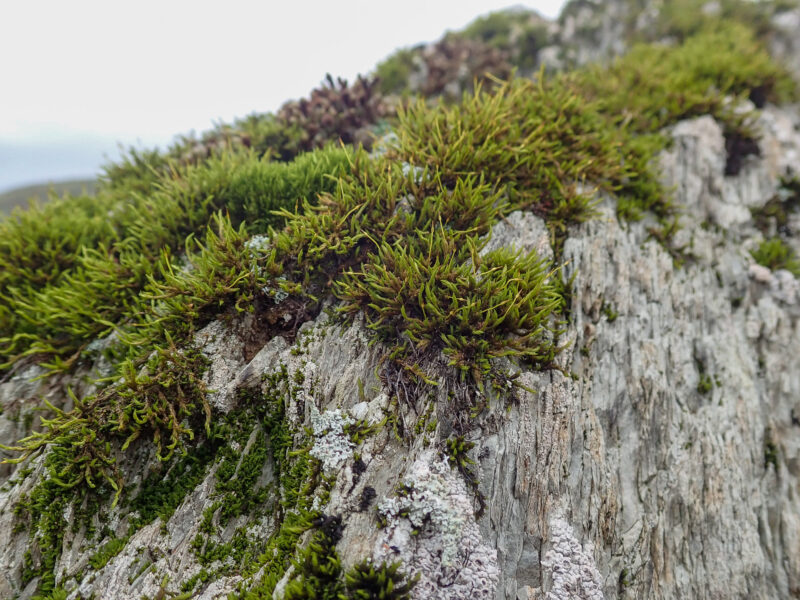 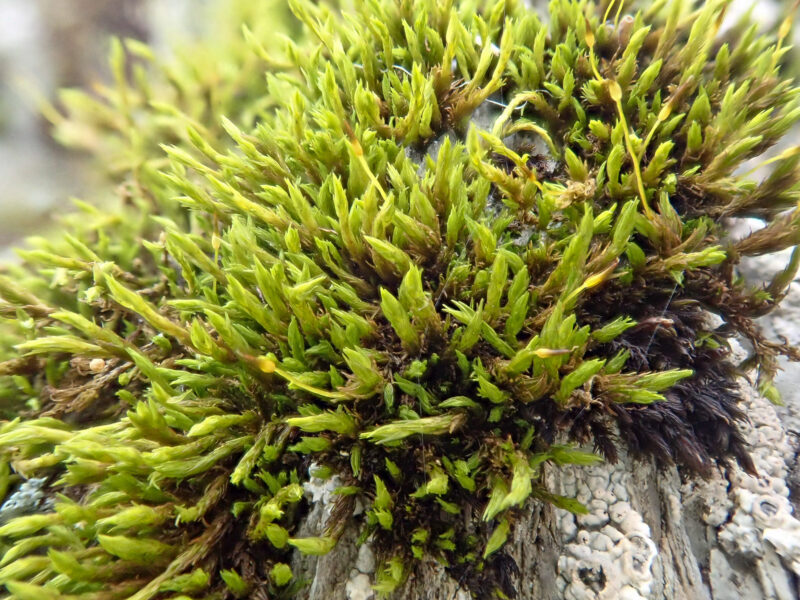 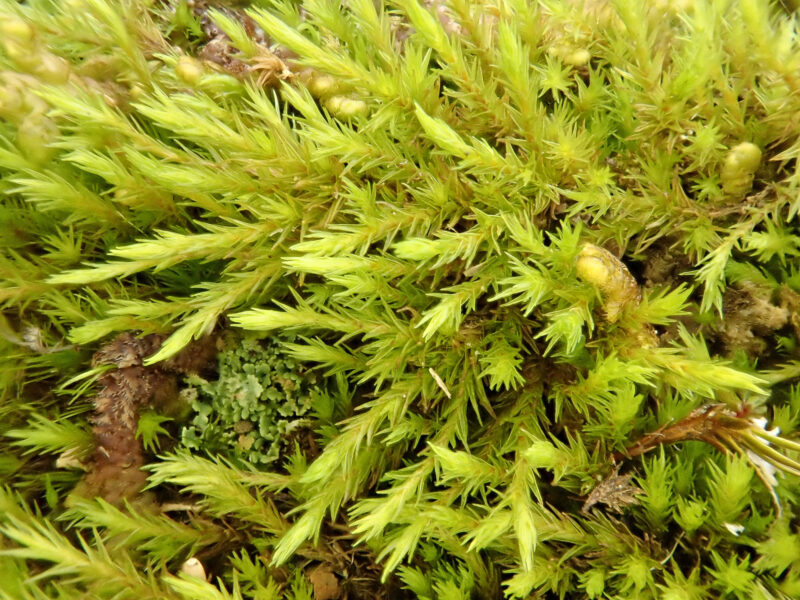 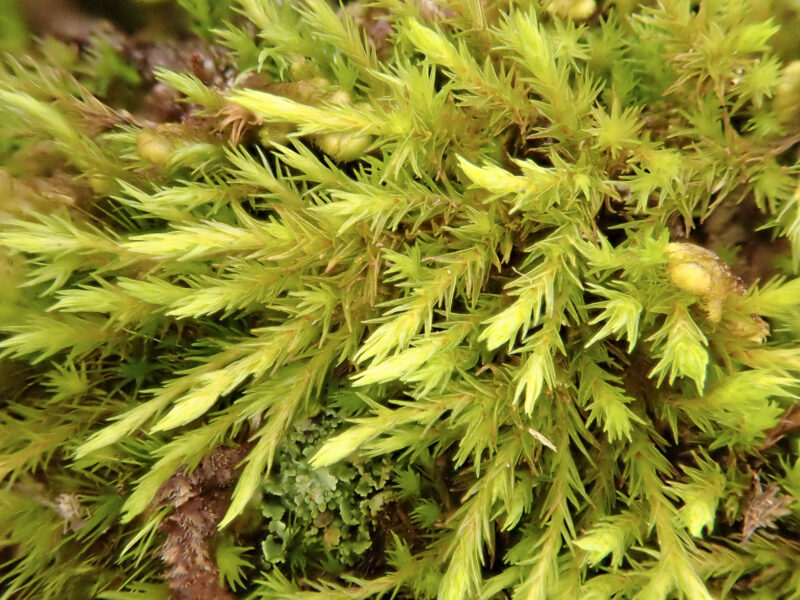 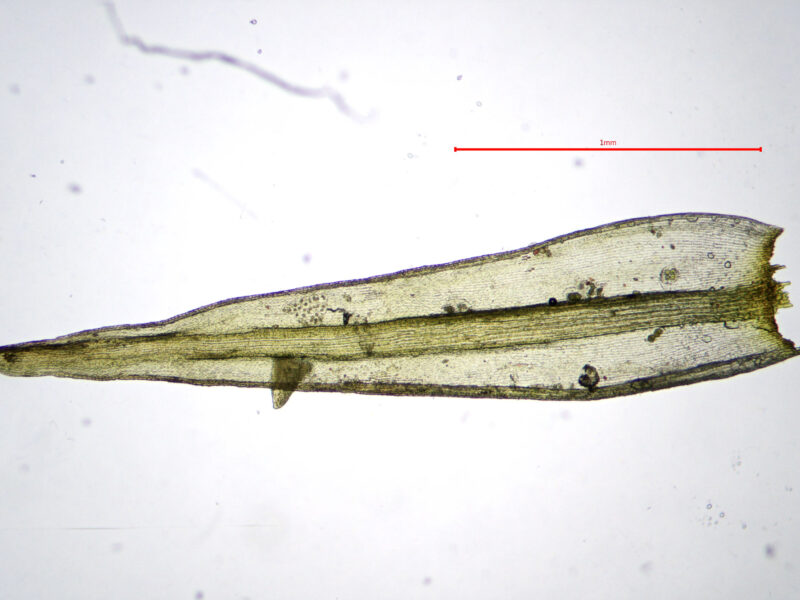 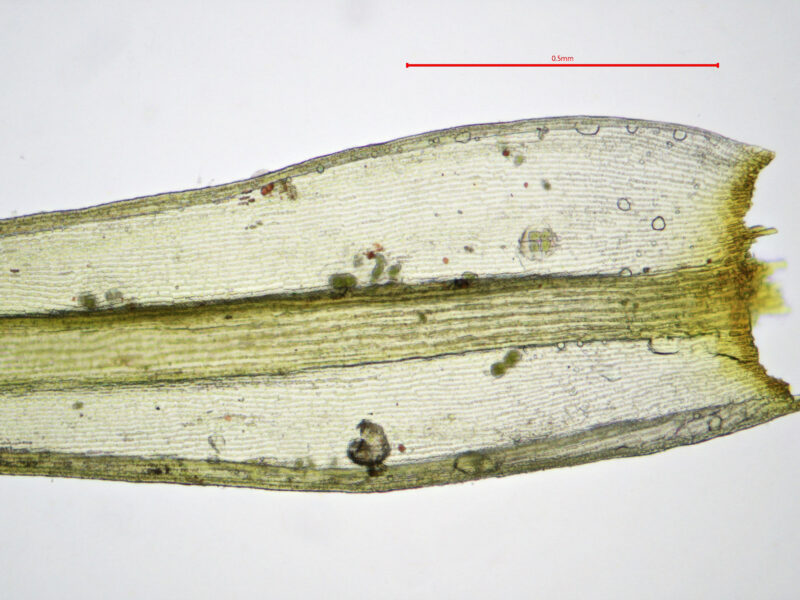 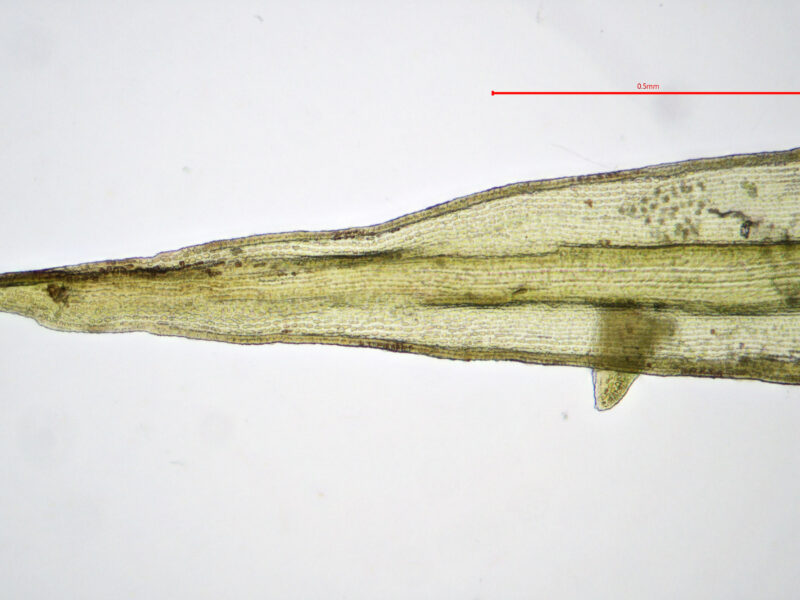 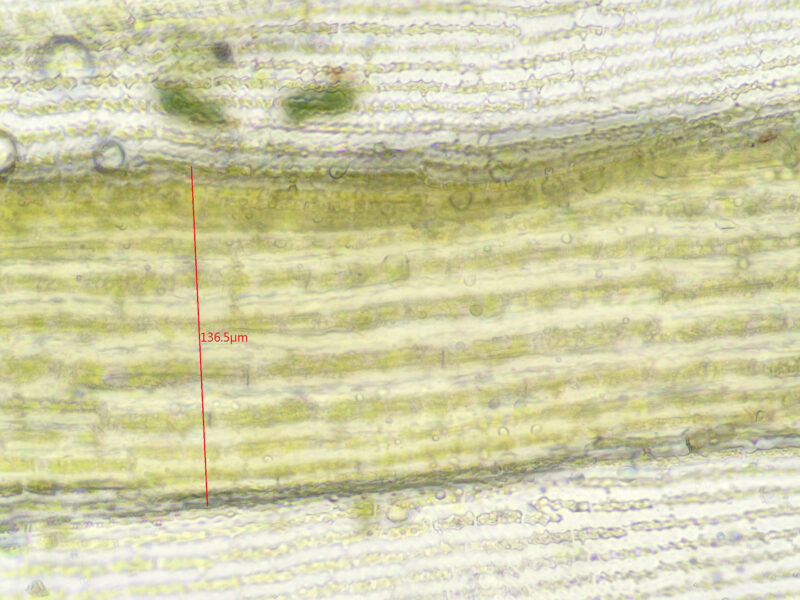 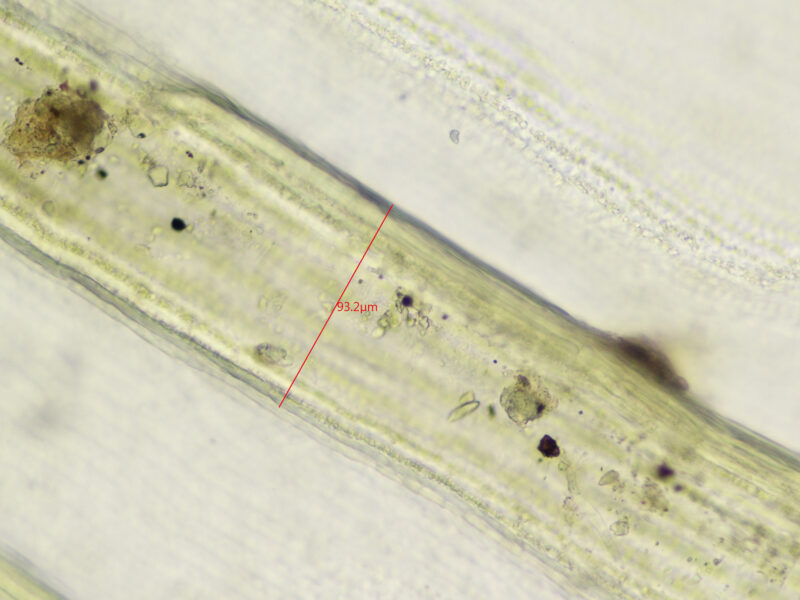 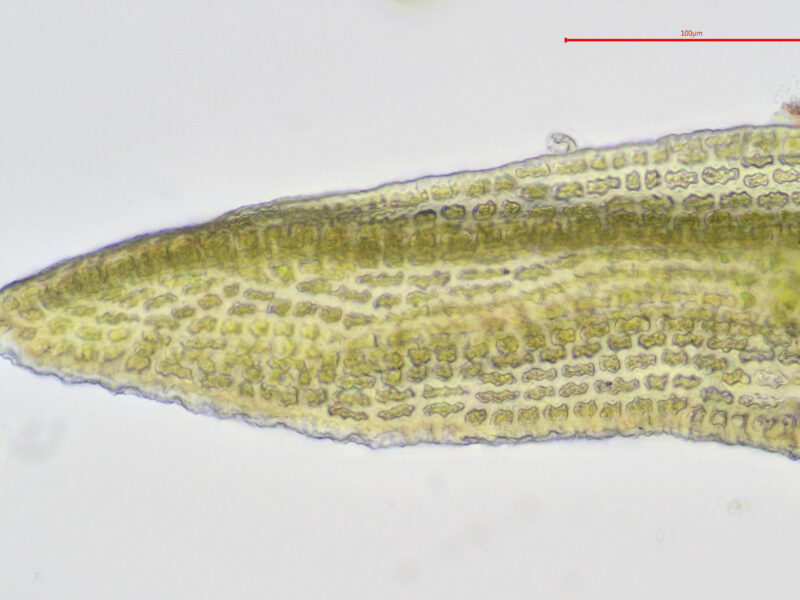 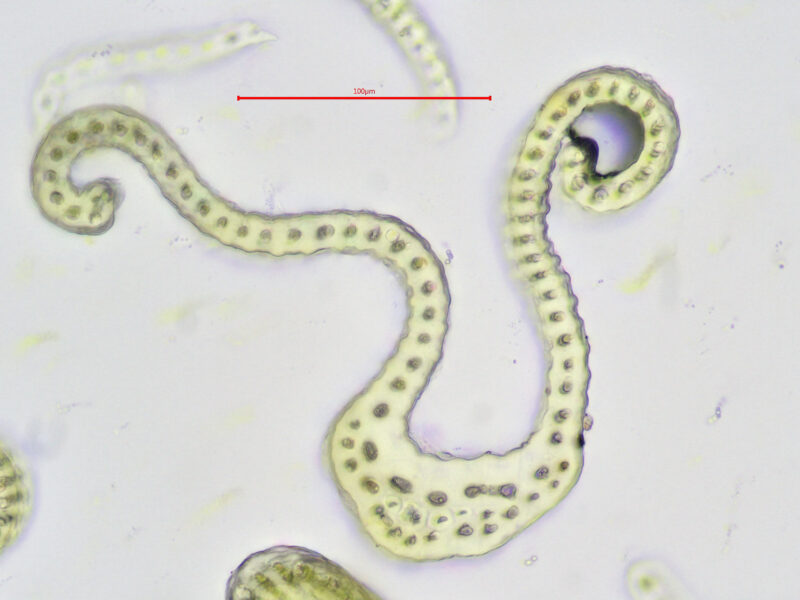 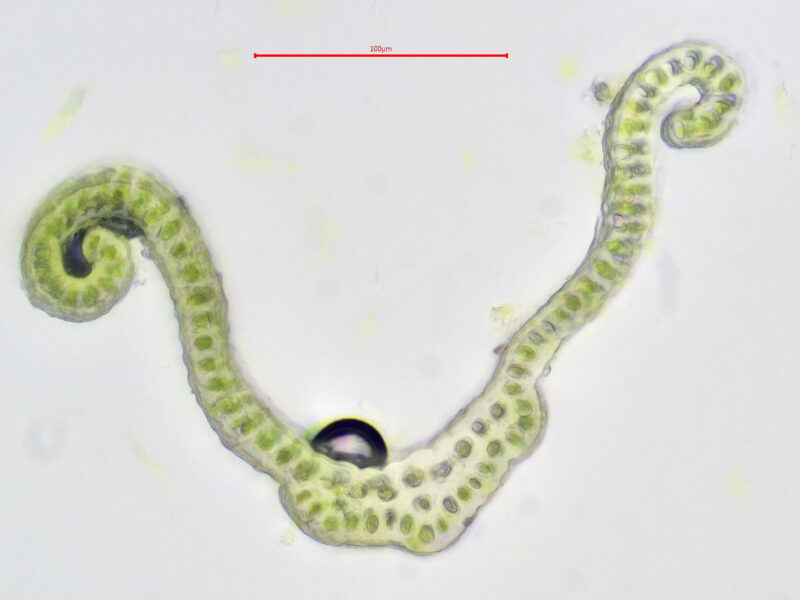 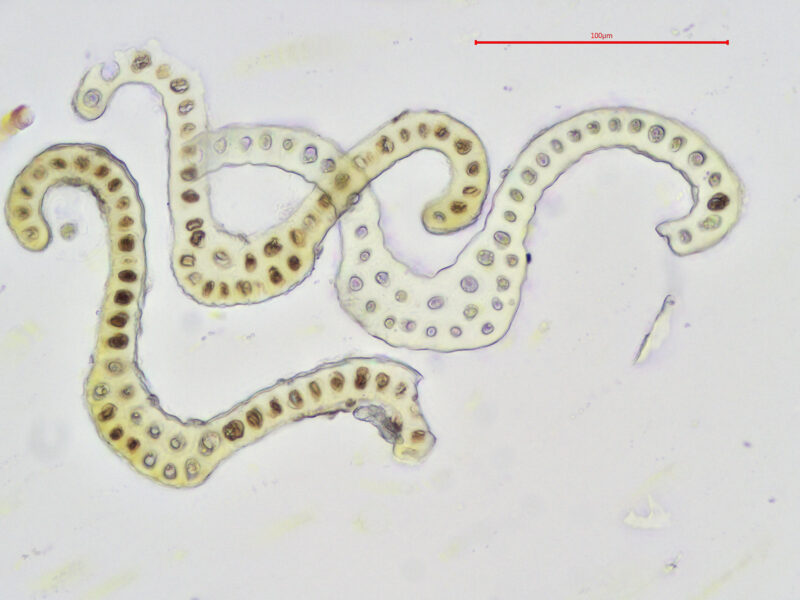 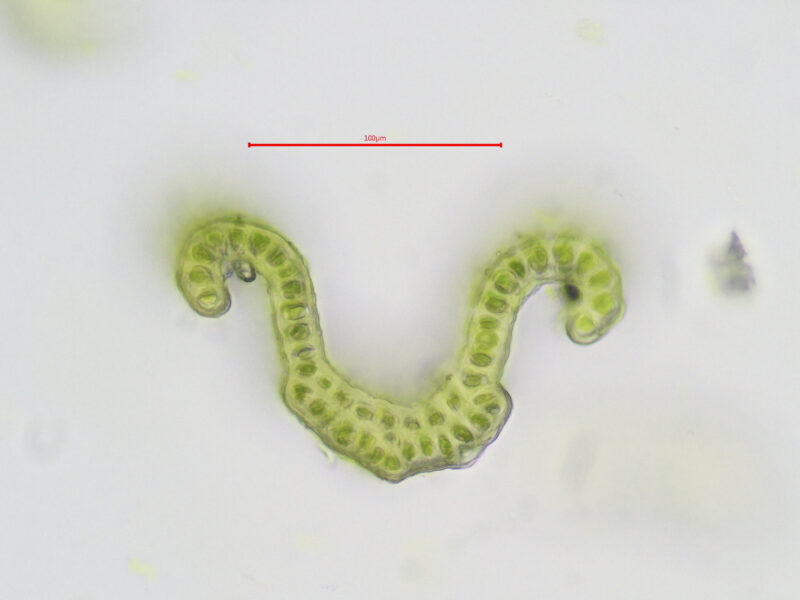 The following set of images are of the awned form of R. obtusum, which doesn’t seem to be so common. 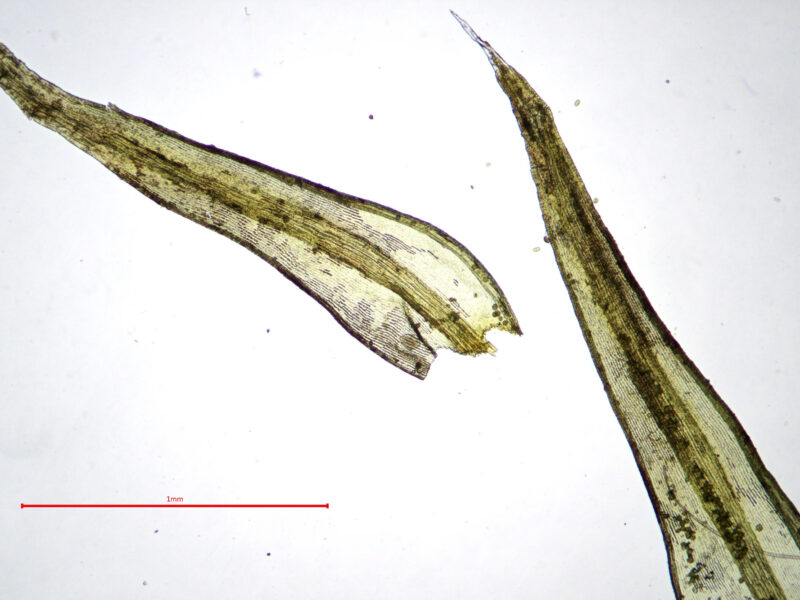 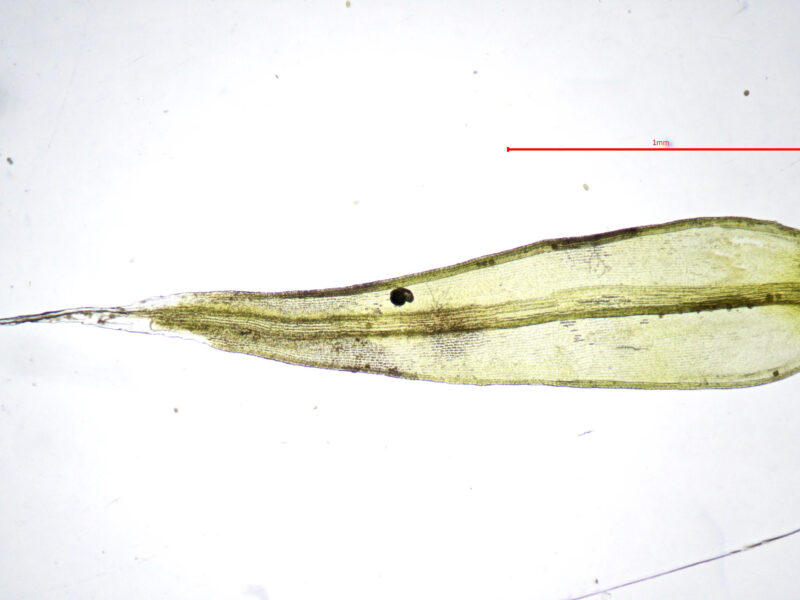 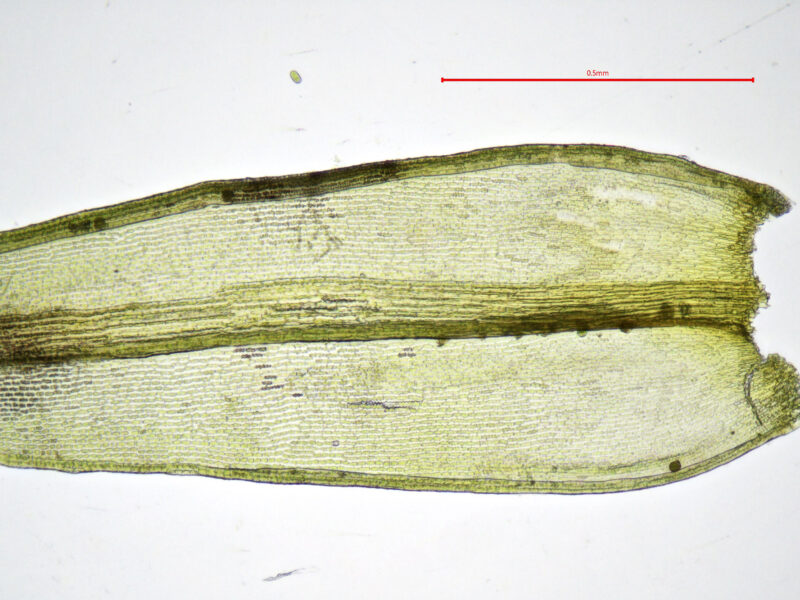 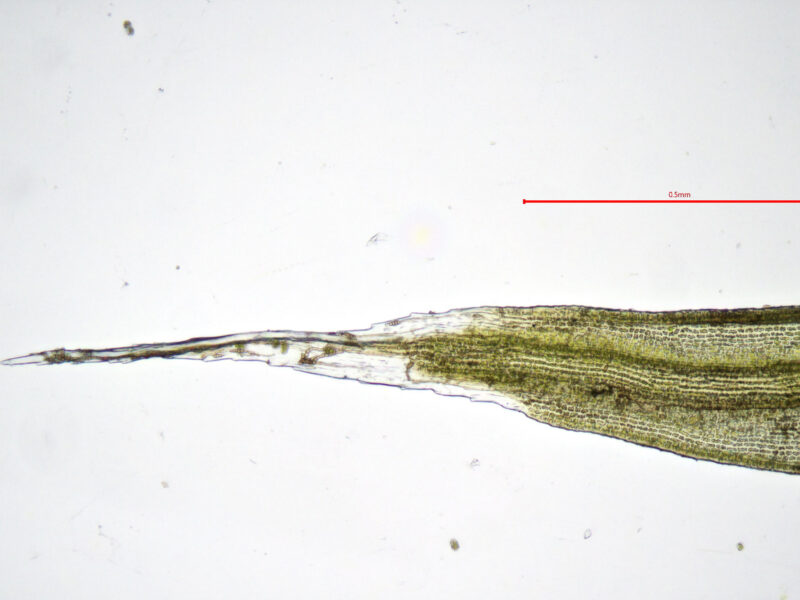 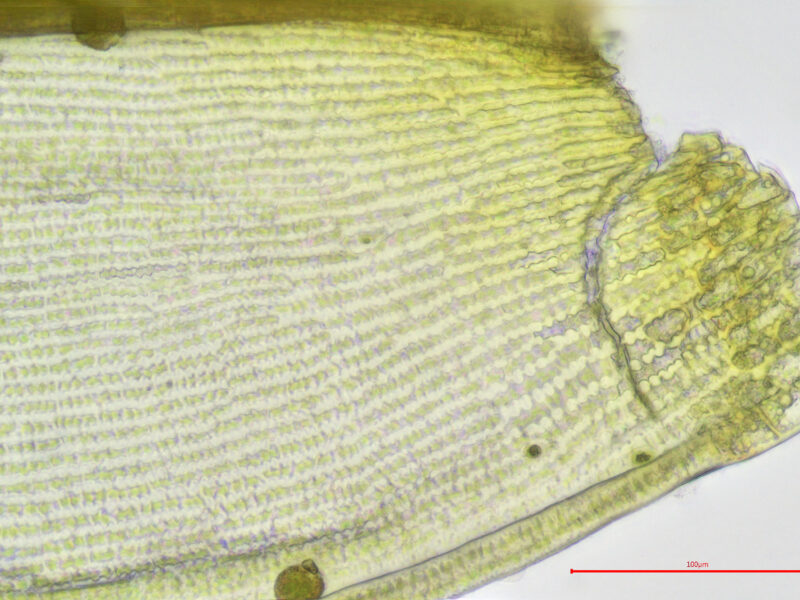 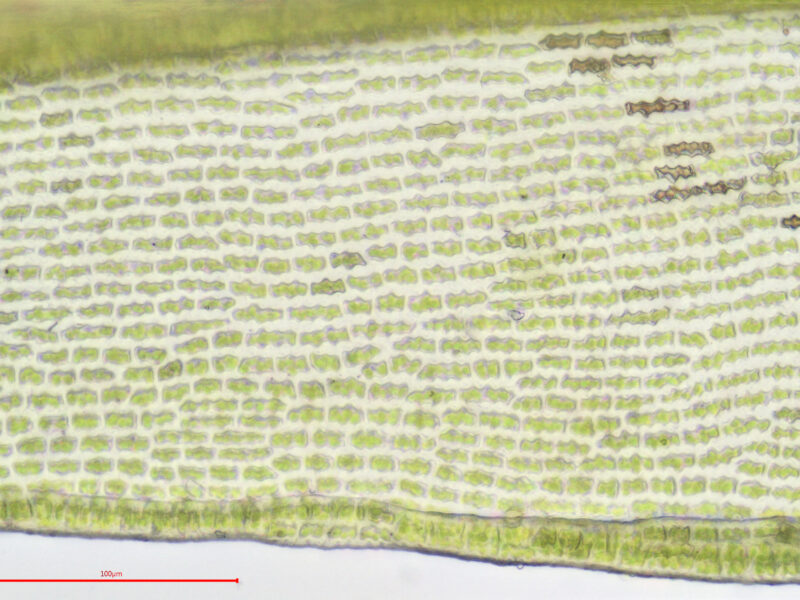 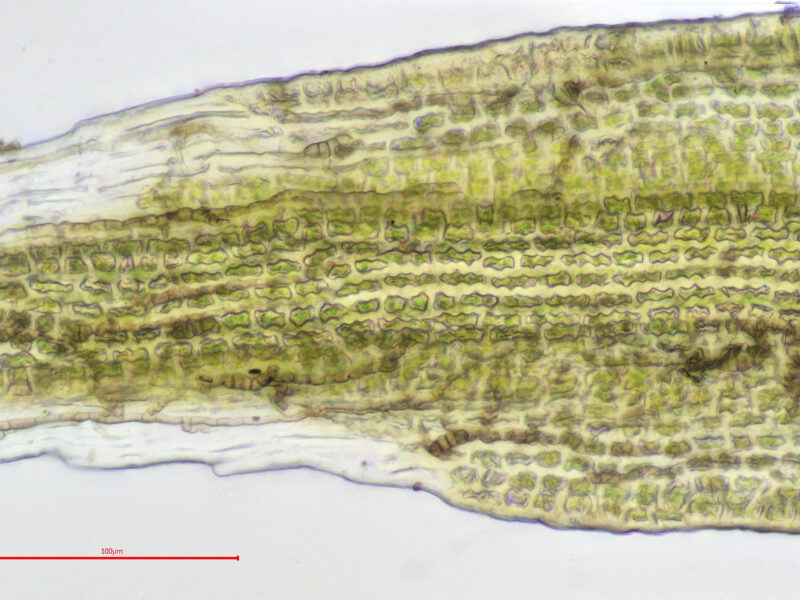 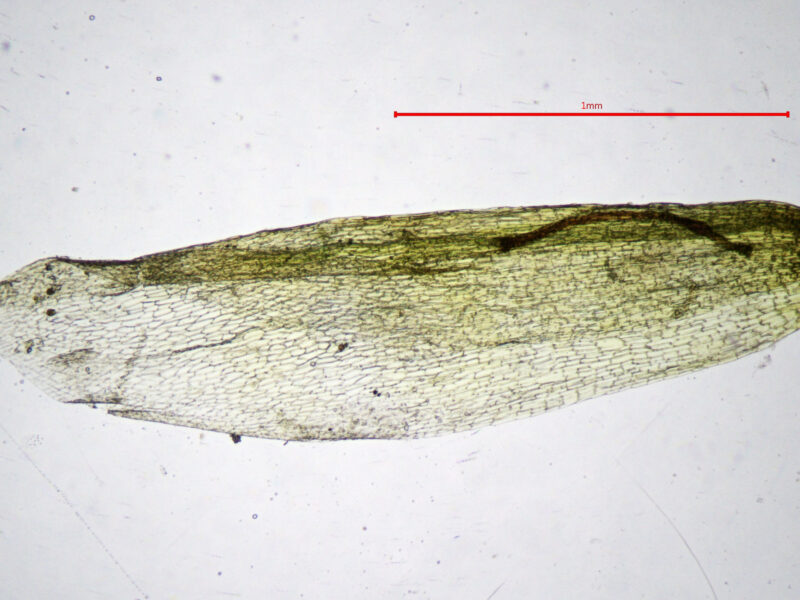 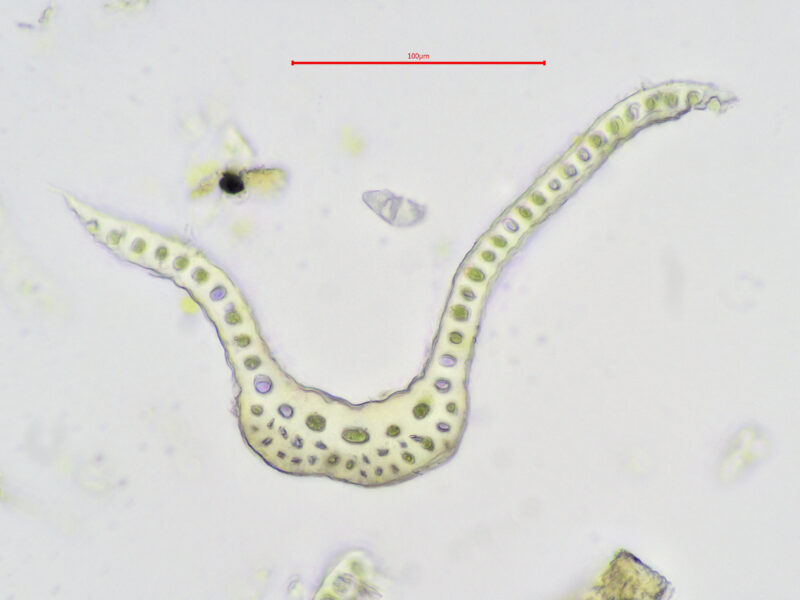 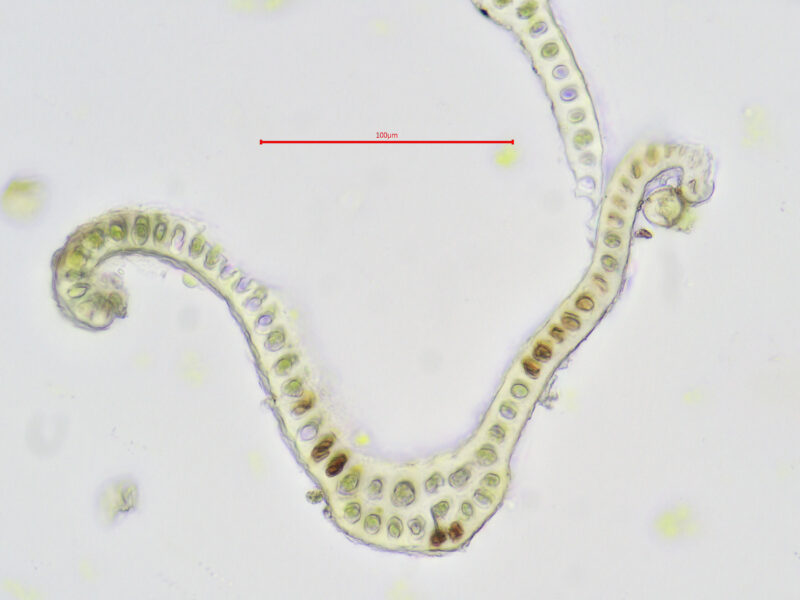 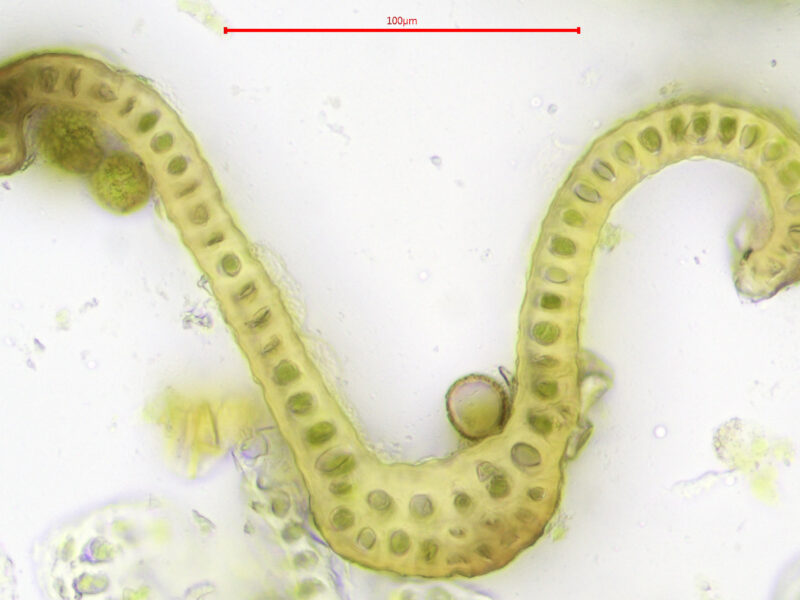 Detailed descriptions of the species in the R. heterostichum group, with illustrations. 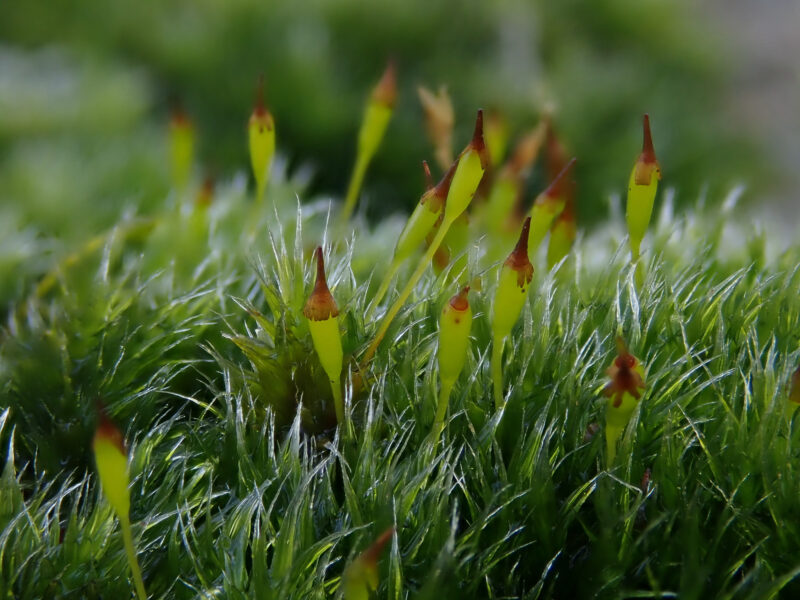 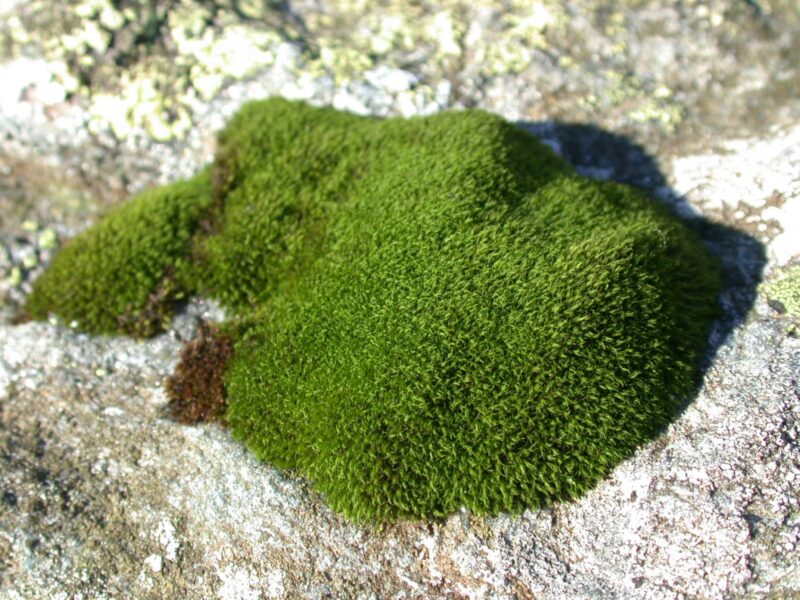 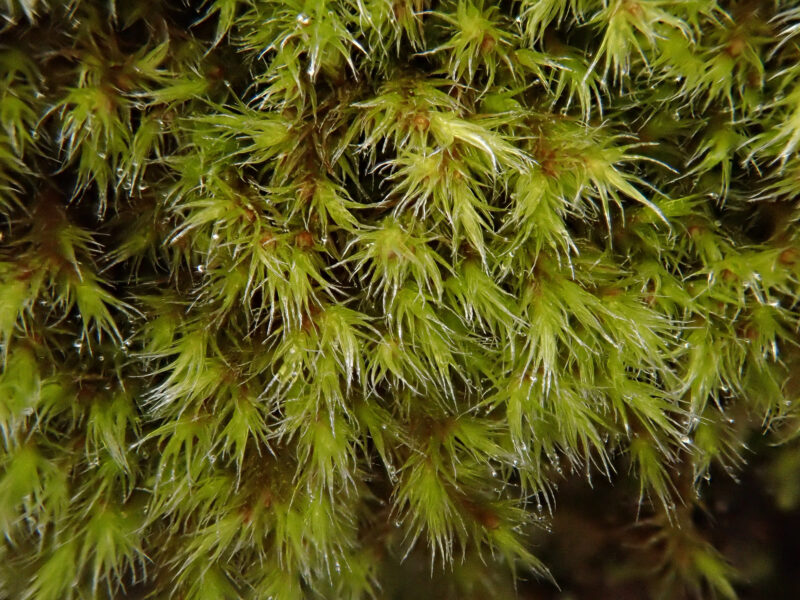 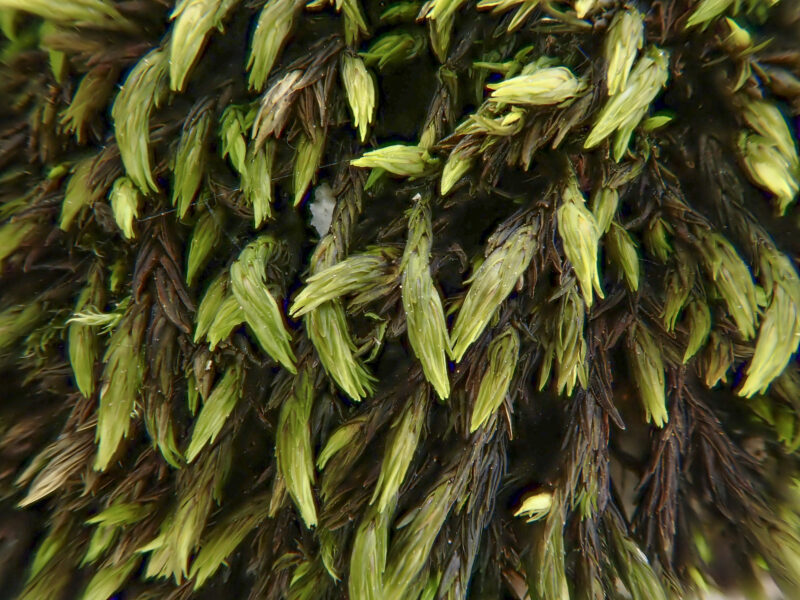