This is a puzzling moss which is easily overlooked as one of several other species. Fortunately, its characteristic habitat of chalky soil, old chalk pits and limestone in lowland areas alerts the vigilant bryologist to be on the lookout for it.  It is quite like a Plagiothecium at first sight, with complanate, nerveless, glossy, leaves, about 1mm long, tapering to an acute point. However, the leaves in Taxiphyllum are more symmetrical, with a more silvery sheen, and the stems more branched. In addition, unlike in Taxiphyllum, the base of the leaves in all Plagiothecium species run down clearly onto the stem.  These basal cells can be seen in situ with a good lens, or more easily by pulling off a few leaves and looking at what remains attached to the stem. The most similar species is Pseudotaxiphyllum elegans, but this is a calcifuge. In addition, tiny flagelliform branchlets are usually present on this moss, which is only sparingly branched and has more longly tapering leaves. Taxiphyllum is one of those mosses which, as a beginner, you never see, but which then suddenly clicks and you realize you’ve been missing it. 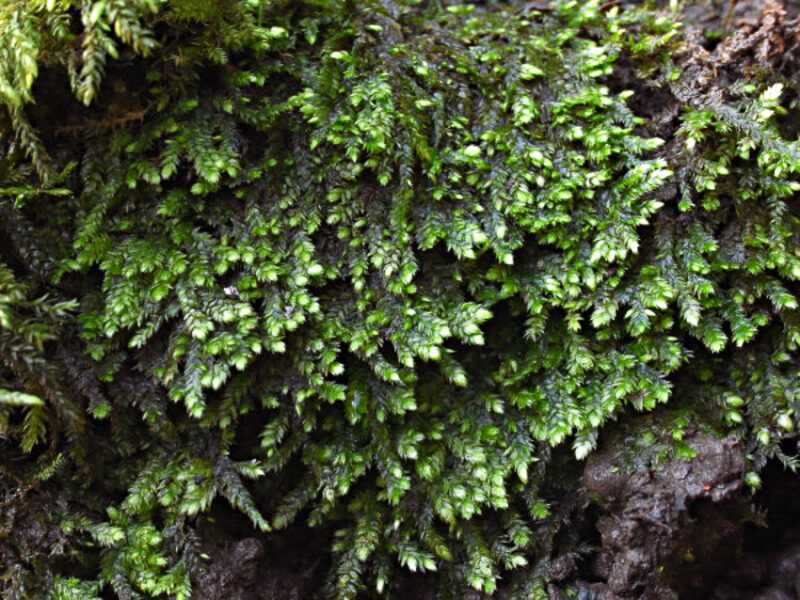 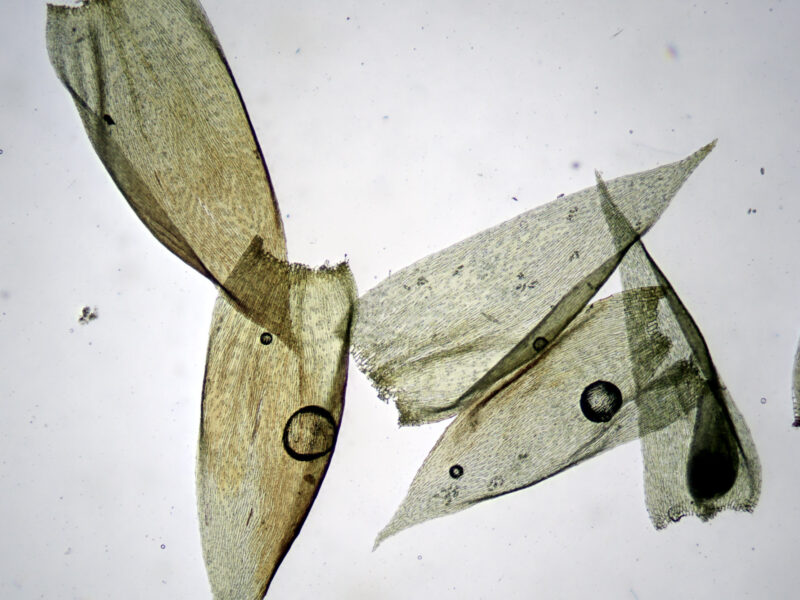 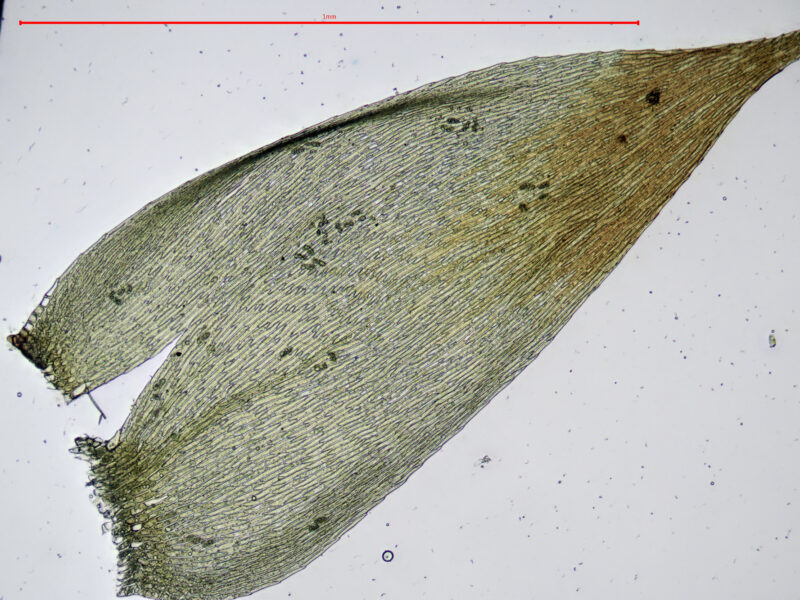 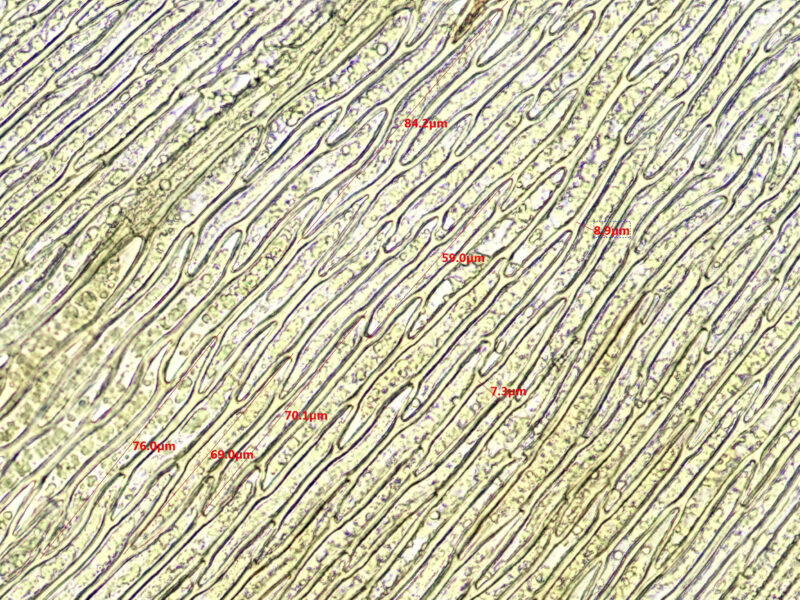 This species can be mistaken on first sight for several Plagiothecium species of which one (P. nemorale) is linked below. 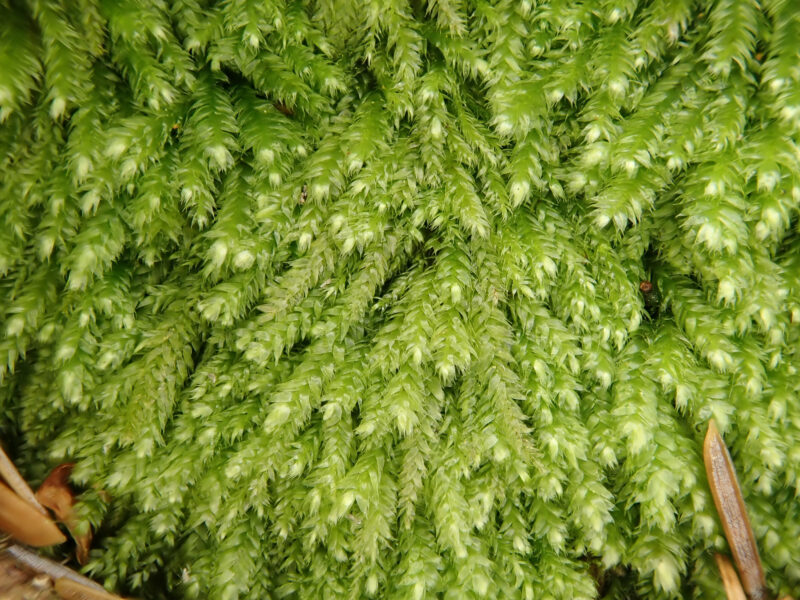