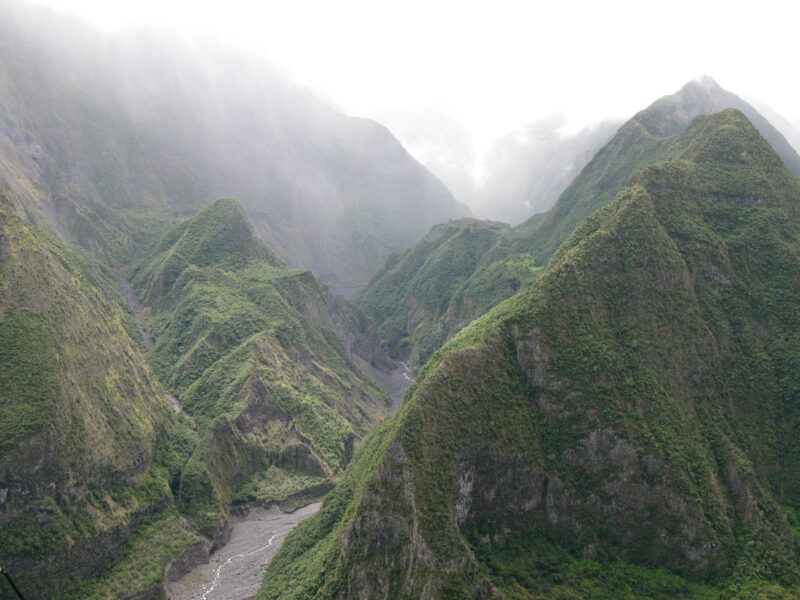 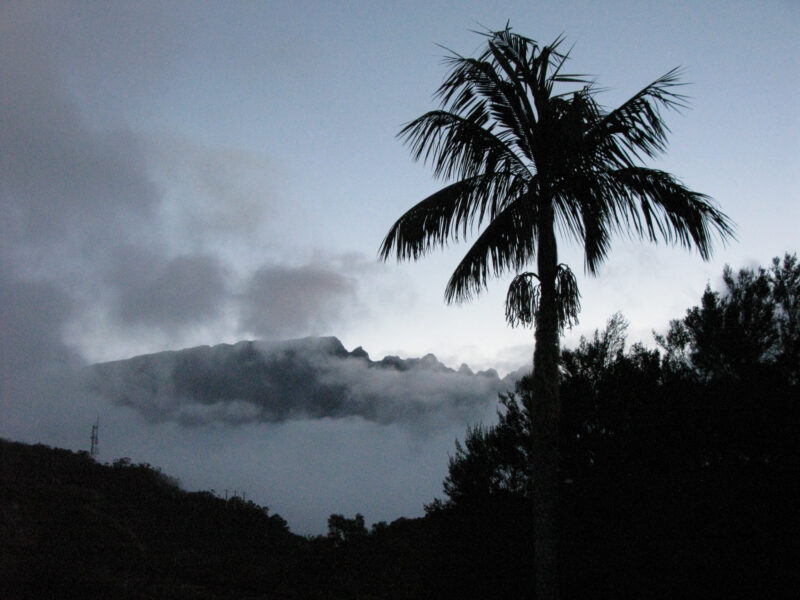 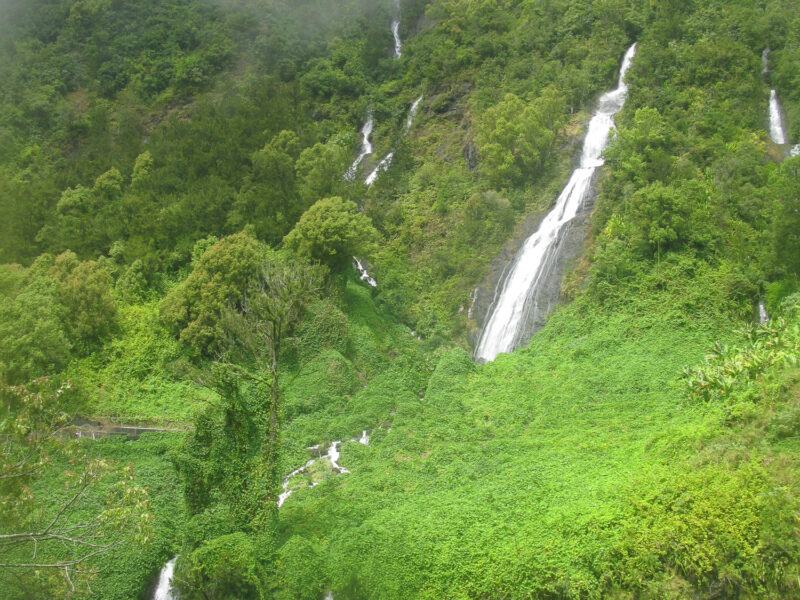 The Tropical Bryology Group (TBG) was a special interest group within the BBS, dedicated to the study and conservation of tropical bryophytes. It was formed in 1988 and was active until at least 2010, when other commitments took over for many members, and their involvement gradually ceased. The group has never formally been wound up, but is not currently active.

Members of the TBG published many papers, including checklists of species and some identification resources which are listed under Publications below.

During their active period, the TBG set up and maintained their own website, which was later (in 2013) incorporated into the main BBS website. With the launch of the new website in 2021, it was decided to archive the full TBG website, but to retain useful resources and links.

The following account is adapted from Wilbraham, J. 2012. A brief history of the TBG. (published on the original TBG website).

The reasons for setting up a tropical bryology group in the BBS were probably first formally stated in Royce Longton’s paper to the BBS Jubilee Meeting in 1983 (Longton, 1985) where he wrote persuasively of the urgent need to speed up the advancement of bryophyte taxonomy in the tropics. The tropics, in comparison to temperate zones, were extremely under-researched bryologically.

By 1989, a specialist Tropical Bryology Group of the BBS was firmly established, principally led by Brian O’Shea and Martin Wigginton, with the aim to encourage and promote research on tropical bryophytes. It was considered especially important to encourage collaboration and cooperation between the members of a TBG and bryologists living and working in the tropics.

One of the early achievements of the group was the publication of a guide to collecting bryophytes in the tropics (O’Shea 1989). At the time, many tropical expeditions also occasionally collected bryophytes. However, without some specific bryological guidance these were not always as useful to science as perhaps they could have been. Brian’s guide aimed at bridging this knowledge gap by providing practical advice in collecting bryophyte specimens and also helping to promote a broader interest in bryophytes. 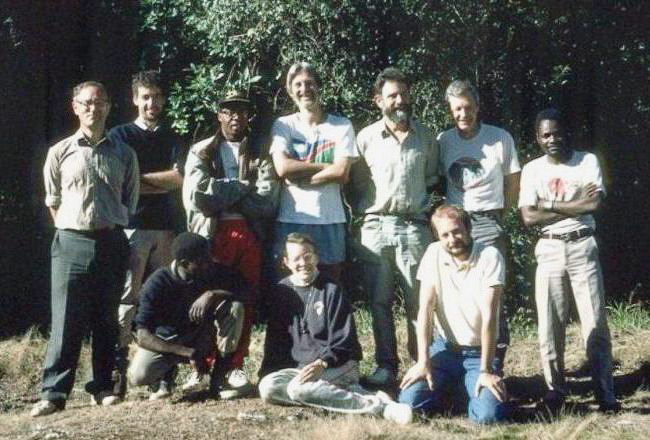 There were two objectives: a bryophyte inventory and an ecological project looking at altitudinal effect on bryophyte diversity.

Approximately 4500 collections were made on the trip, with duplicates sent to major herbaria including the Malawi national herbarium at Zomba. As herbarium specimens form the foundation of taxonomic and floristic work this thorough set of reference material could provide a wealth of taxonomic data to the bryological community for years to come.

The main challenge upon return from the expedition was the identification of these hundreds of packets of bryophyte specimens! Most of the TBG members involved, although experienced bryologists, were new to the African flora. A lack of available literature, difficulty in accessing major herbarium reference collections and, not least, a lack of time (most members dedicated their own time to this project) presented many hurdles. However, the group rose to the challenge and succeeded in making a major contribution to African bryology with a remarkable 52% of the taxa recorded being new to Malawi. The results of this expedition were published over a series of papers in Journal of Bryology (see below).

In the mid 1990’s, following the success of the Malawi project, and with accrued experience with the African flora, the group began to look into possibilities for a return trip to the African tropics.

In 1995, Nick Hodgetts and Martin Wigginton put together an application to the UK government’s Darwin Initiative scheme for three visits to Uganda, with the cooperation of Makerere University. The bid was successful.

These expeditions took place between 1996 and 1998 with objectives of producing inventories of areas visited; ecological studies and a training course in bryology at a local university. Again, the collection of herbarium specimens to be made was also a major objective for the project and would provide a long lasting legacy of research material to make available to bryologists worldwide.

The Mosses and Liverworts of Uganda project, coordinated by Jeff Bates, aimed to build on the results of these expeditions to produce a complete bryophyte flora of Uganda. Experts in particular bryophyte groups were approached to write accounts for the flora using reference material collected on the expeditions. Originally envisaged as a book, the project evolved as an on-going series of papers published in Journal of Bryology. 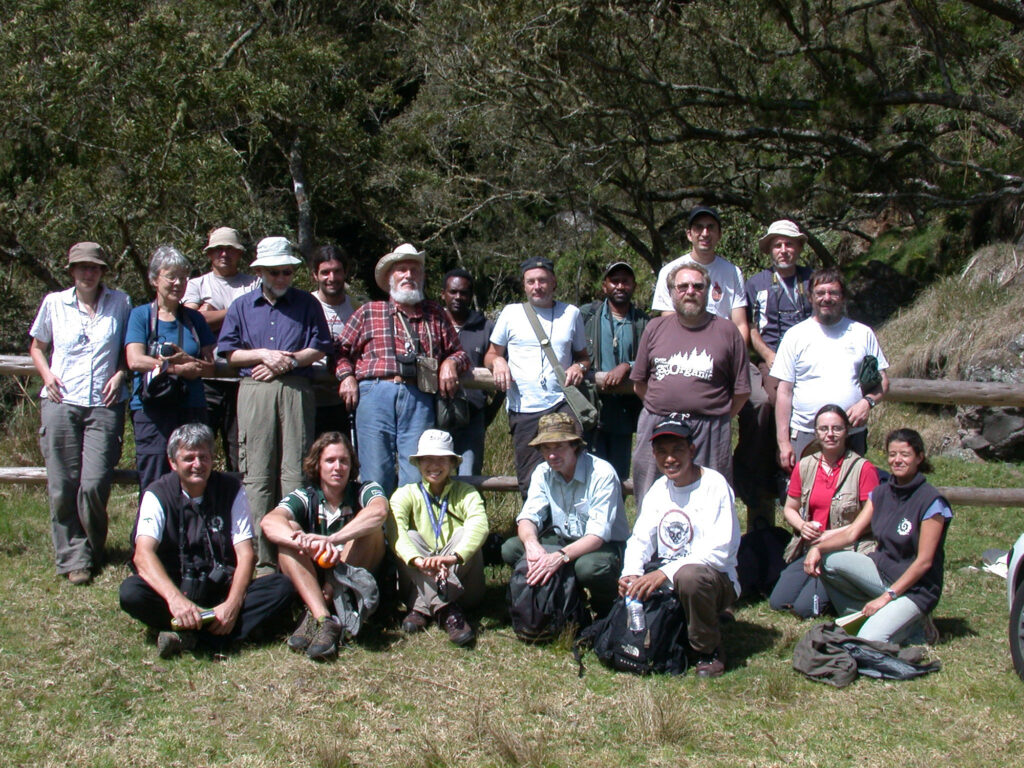 Collaborators from University de la Réunion,  La Réunion Parc National and the British Bryological Society at the Bryophytes of Mascarene Islands – Taxonomic Workshop and Field Meeting on Réunion Island in 2008.

The last expedition project for the TBG involved the bryophyte flora of the Mascarene Islands. The TBG were invited to participate in a taxonomic workshop and field meeting held on Réunion Island in 2008, working with the bryological community to carry out survey work; collect specimens for herbaria and help with training opportunities for local botanists (and each other!) with a series of seminars and workshops in identification. This successful project resulted in over 30 new taxa records reported for Réunion (Ah-Peng et al. 2010).

In addition to the formal publications listed below, the TBG produced informal checklists, keys and other useful documents which were only available as downloads from their website. These are listed – and downloads provided – on the Tropical bryophyte resources page in the Resource section of this website.

The group also published regular progress reports and newsletters which have been combined into 2 pdf files for download here.

Progress reports were published annually in Field Bryology and its precursor The Bulletin. However these have been extracted and combined into a single pdf containing all the progress reports published and covering the years 1989-2005.

Newsletters were produced on an ad-hoc basis, initially roughly 2 per year, then annually. These have also been combined into a single pdf containing all the newsletters published.