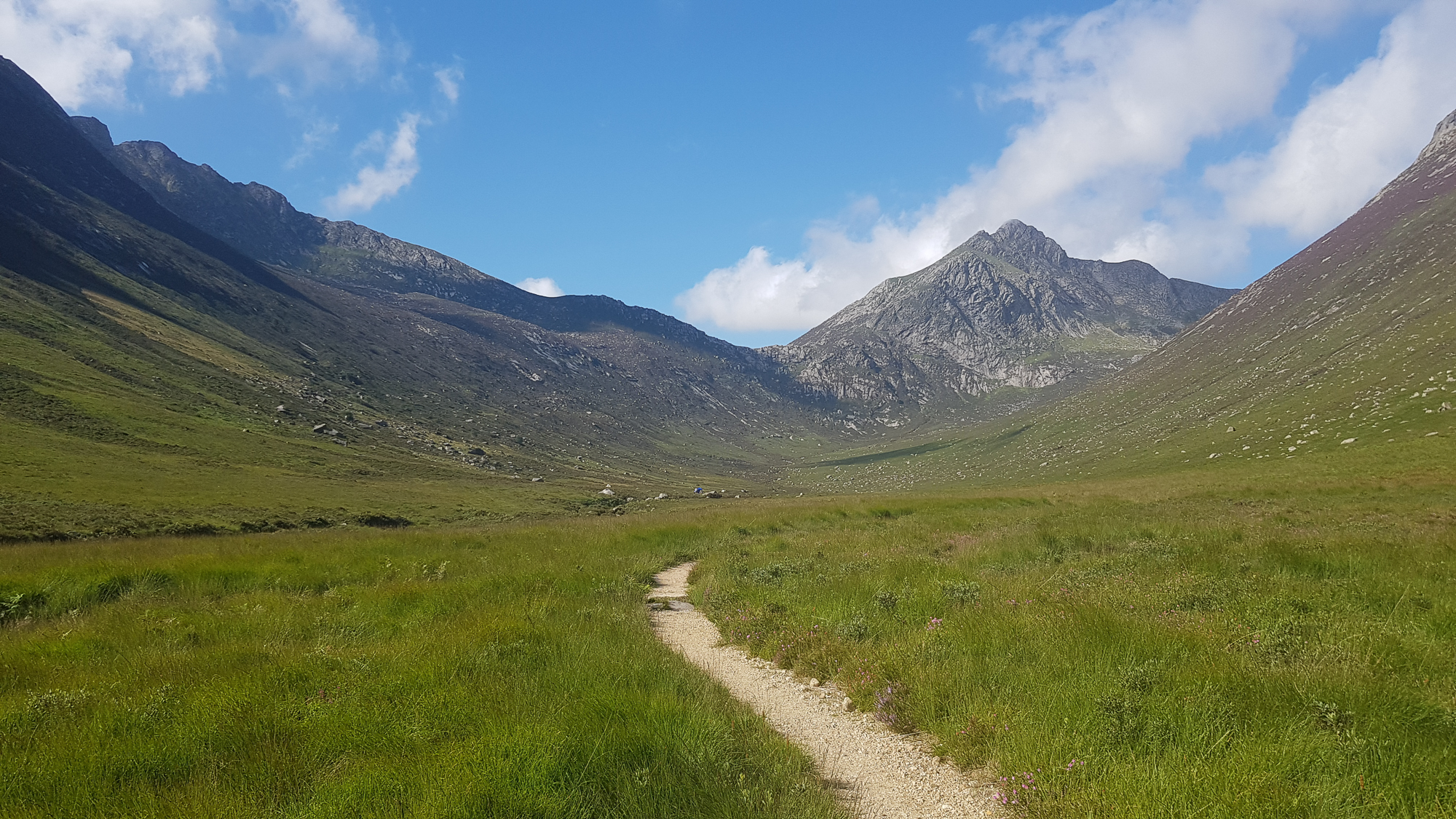 VC 100 consists of a number of islands that are found in the firth of Clyde on the west coast of Scotland. The largest island within the vice county is Arran which offers the greatest bryological interest simply by how large it is compared to other islands and the associated diversity in habitats and geology. Other inhabited islands found within VC 100 include Bute and Great Cumbrae and Holy island. There are also some other islands though these are often very small and uninhabited (e.g. Inchmarnock, Pladda and Little Cumbrae).

Intermittent recording is being carried out, with a focus on tetrad recording and re-finding rare and scarce records. Targeted recording is normally carried out at a tetrad level, though most records are assigned to at least monad level.

Key sites on the Isle of Arran

This is a rather nice, wooded glen with a river and some large waterfalls. It is located in the southern half of the Island at Whiting Bay. The woodland immediately surrounding the watercourse is deciduous, though this is quickly lost to commercial conifer plantations which are the dominant habitat type in this area. The ravine itself is quite rich in bryophytes where species such as Cololejeunea microscopica (Aphanolejeunea microscopica), Molendoa warburgii and Hygrobiella laxifolia can be found. Small Lejeunea species are frequent as epiphytes on many of the surrounding trees surrounding the watercourse including Lejeunea patens, L. cavifolia and L. lamacerina.

This site can be found by walking from Lochranza along the north-eastern shoreline. The geology is varied and provides a rich bryophyte assemblage. Species favouring base-rich conditions in this location include Scapania aequiloba, Tortella nitida and Tortella fasciculata. Oceanic species are also very well represented and diligent searching can reveal species such as Lepidozia cupressina, Plagiochila punctata, Plagiochila spinulosa and Pseudomarsupidium decipiens (Adelanthus decipiens). This is also the only location in the vice county where Calypogeia suecica has been recorded.

Key sites on the Isle of Bute

Bute was reasonably well recorded during the late 1980’s to the mid 1990’s by K.M. Cocking and Gordon Rothero. As a result, many of the most notable areas have received some attention, though as usual… there is always much more to explore!

Kirk Dam in the centre of Bute is also worth exploring as this was the first (and at the time of writing, one of only two) locations for Riccia huebeneriana in Scotland.

While many records exist for Great Cumbrae (and indeed some for the uninhabited Little Cumbrae!) Most of the records are not localised to a particular area within the islands. Some recent records have been added that are at a monad or tetrad scale, but most of the sites that were covered at this scale were rather non-descript in their bryological assemblage. Any future recording on the island would benefit from recording sites at a tetrad or monad level to further narrow down the distribution of species on the island.