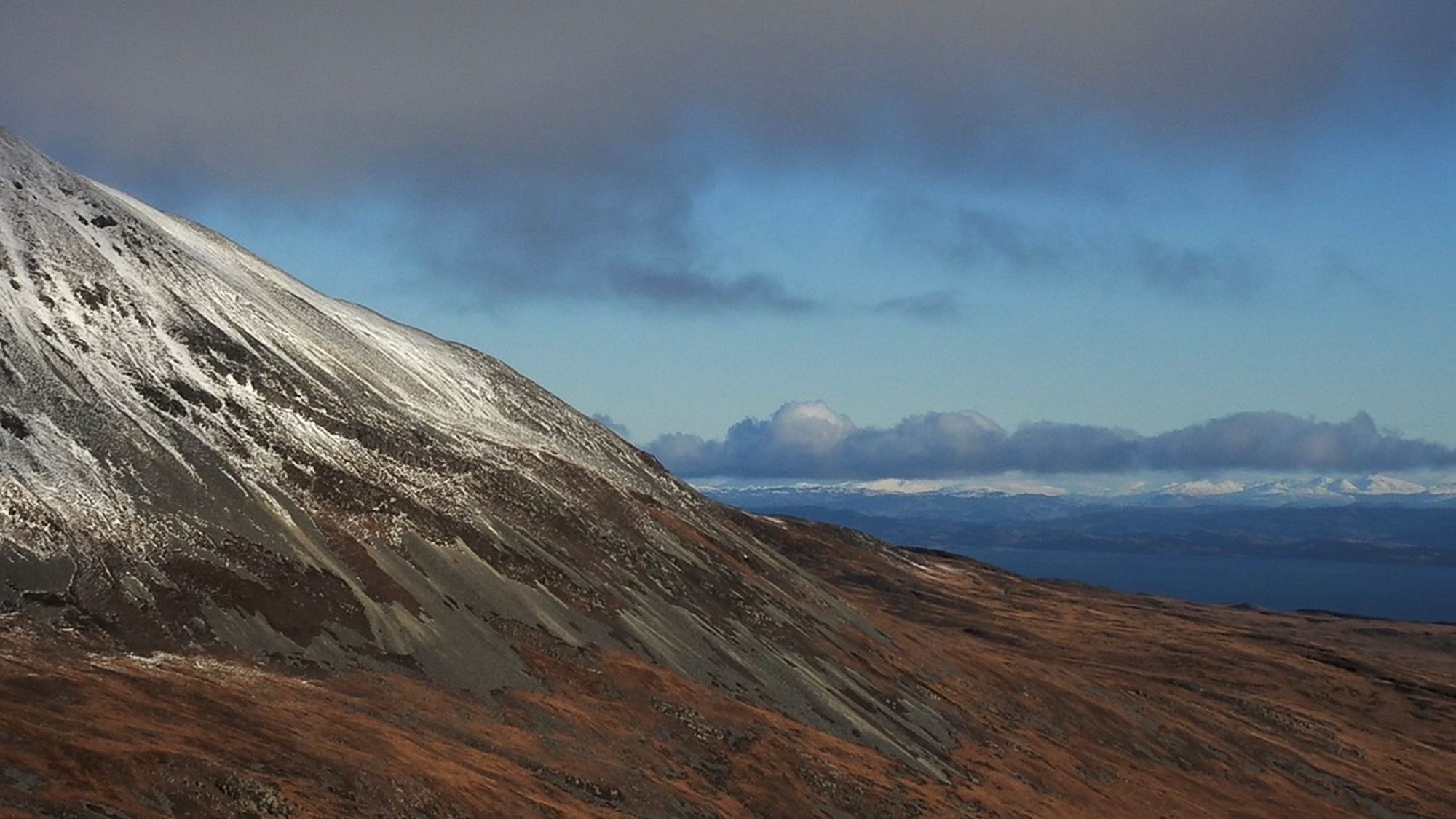 The Vice-county of South Ebudes consists of the isles of Islay, Jura, Colonsay, Scarba, Lunga and the Garvallachs in the Southern Hebrides. The cool, oceanic climate characteristic of these north-western islands and varied geomorphology give rise to a range of associated habitats and bryophytes, several of which are of international importance.

Old metamorphic rocks underlie a lot of the islands’ vegetation, and acid moorland, heath and blanket bog form the most extensive habitat types, especially in the rugged interiors. The mountains of Islay and the Paps of Jura support Arctic-alpine assemblages, plus an excellent array of Northern Atlantic Hepatic mat species including Adelanthus lindenbergianus and Scapania nimbosa, and at lower elevations, mosses of interest include the mosses Sphagnum pulchrum and Sphagnum affine. 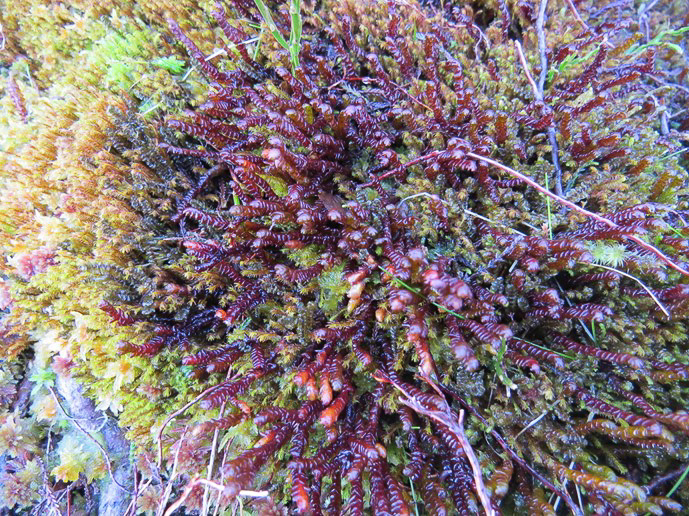 Areas of calcareous sedimentary rocks are also occasional on Islay, and on Jura’s west coast igneous intrusions in the form of dykes are fairly frequent. Both of these provide key habitats for more base-loving species, with one such highlight being the rare and beautiful Cyclodictyon laetevirens –  found in a basalt sea cave. 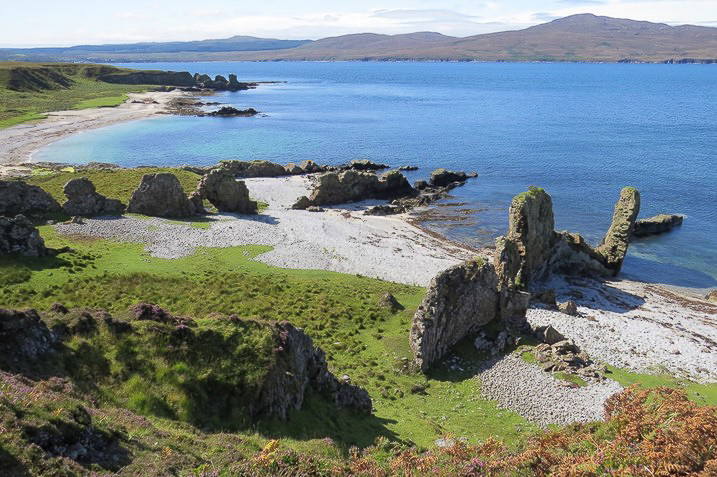 Coastal grassland is usually acidic but there are also occasionally good stands of calcareous vegetation and machair in places such as Kilchoman on Islay and Corpach on Jura, both of which have associated dune systems. (Crofting, farming and livestock is fairly common on Islay but restricted to small patches on the more sheltered east side of Jura).

Woodland is scarce on these islands, in comparison to Mull, for example, and is also largely restricted to the better soils of the east coasts. Small blocks of conifer plantation and policy woodland, (in the vicinity of the large estate houses), often intergrade with good but fragmentary stands of native broadleaves of oak, birch, ash and hazel, e.g. at Ardlussa. Stands of coastal hazel and willow also occur in places. Linear woodland features associated with sea cliffs and ravines, are however fairly frequent around the coasts and can support very high conservation value assemblages of Atlantic bryophytes and lichens, including the liverwort Radula voluta. 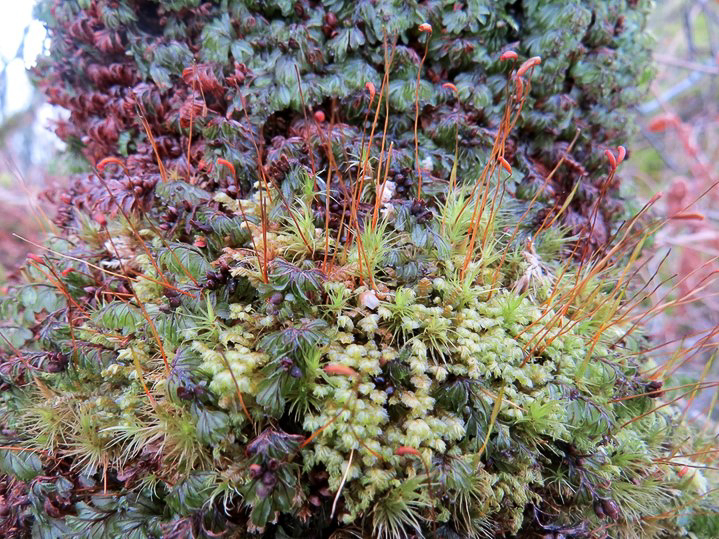 Whereas there has been a significant amount of bryophyte recording achieved on Islay, the interior and west coast of Jura in addition to the smaller islands have rarely, if ever, been the focus of attention and there remains considerable scope for new records and further exploration.