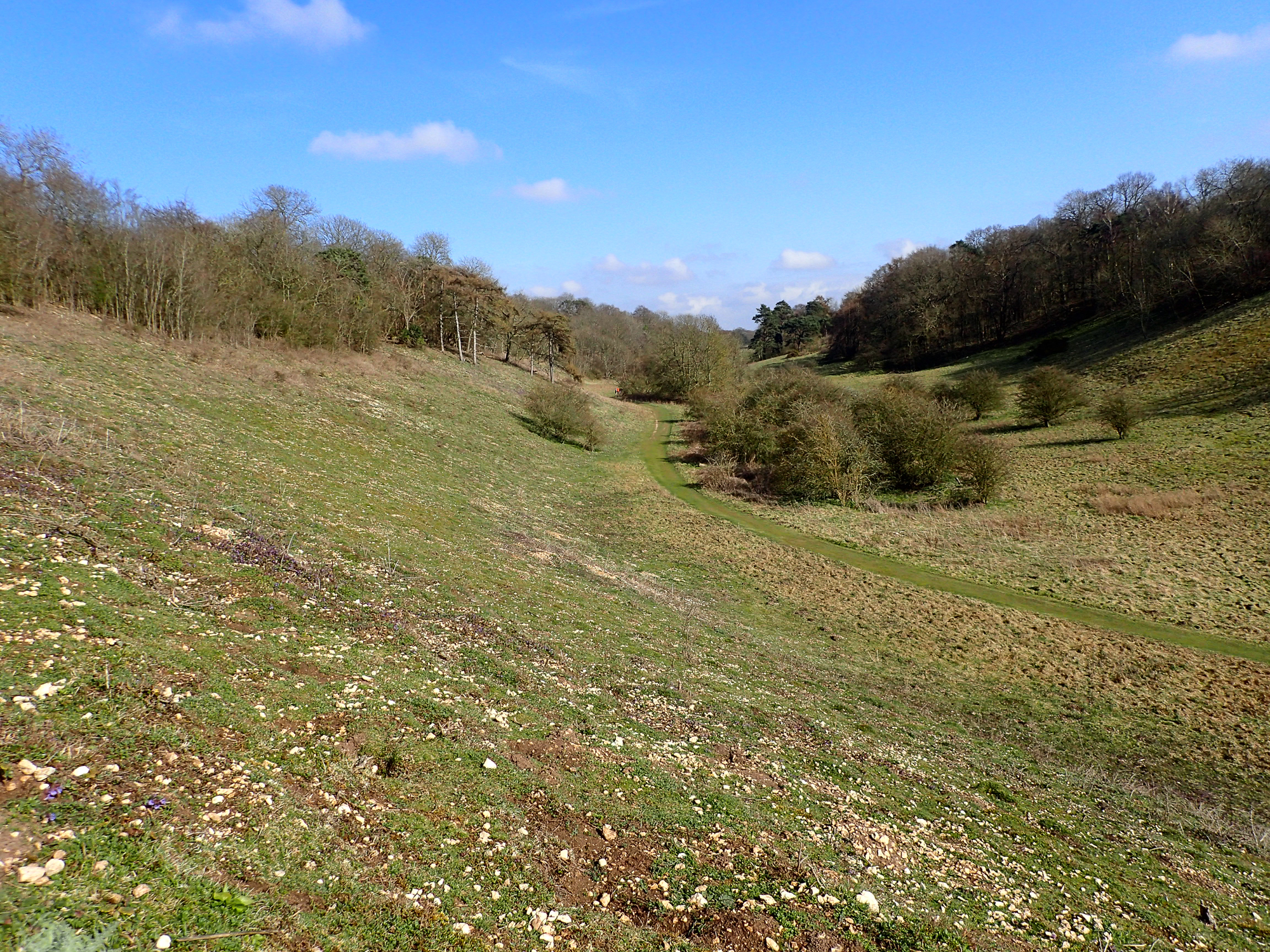 The landscape of West Norfolk is largely sedimentary, comprising early deposits of chalk, sandstone and boulder clay overlain by later superficial deposits of sands and gravels, originating from glacial drift deposited by the Anglian ice sheet.

The coastline from The Wash through to Wells in VC28 with coastal dune slacks, salt marshes and grazing marshes, sandy tracks, and pine woods offers access to many bryophyte habitats from the long-distance coastal path.  Petalophyllum ralfsii has not seen at Holme Dunes since 2008 and is worth carefully searching for – particularly across the new dune/saltmarsh series building on the western side.  A search of the muddy saltmarsh margins and pools away from the coast may turn up fruiting Hennediella heimii. 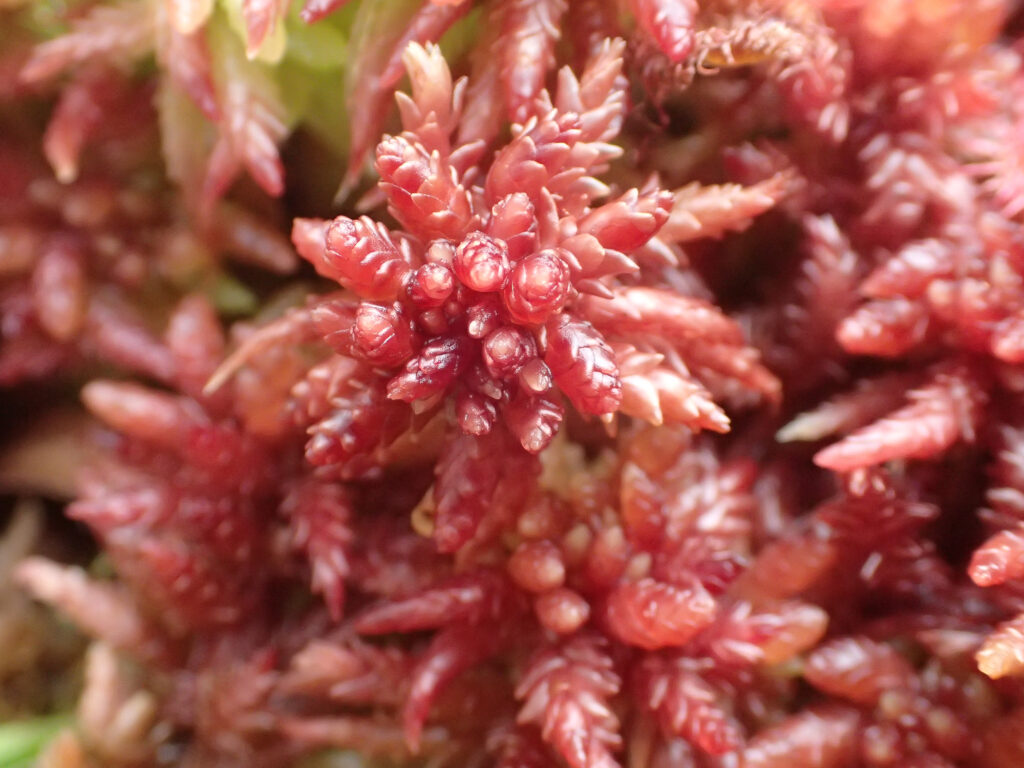 The Brecks, located south & west in Norfolk and running into Suffolk, combine wetland pingos and meres, with forestry tracks, wet woodland, heath, and grassland.  Searching the heathland for bryophytes you may find Rhytidium rugosum and possibly the rarer Rhodobryum roseum but more often Hylocomium splendens and Pleurozium schreberi on heathland and Climacium dendroides on damp heathy grassland.  The fluctuating waters of the meres are known for Physcomitrium eurystomum, fruiting when water levels are at their lowest.  Riccia fluitans is recorded from a few pingos and dykes & drains. In less well-managed forestry and wetter woods, Nowellia curvifolia and Herzogiella seligeri have been recorded. 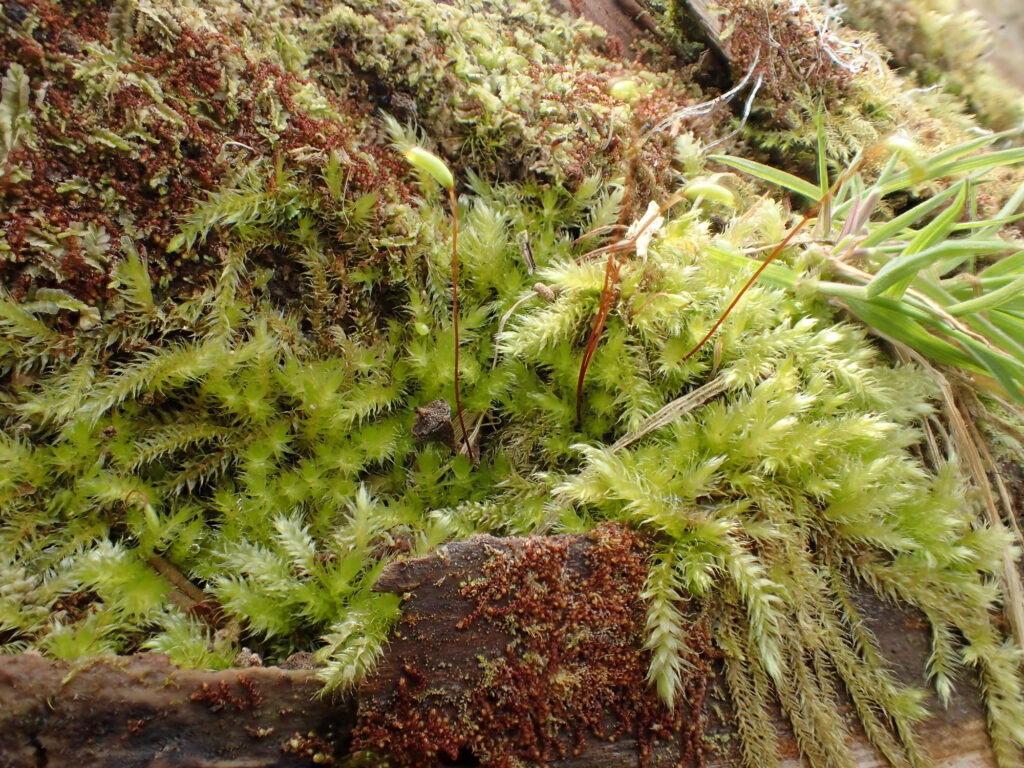 Churches and graveyards provide good hunting grounds for bryophytes by virtue of the variety of stone used in their construction.   The man-made environment of churches and graveyards, provides niches for an eclectic mix of bryophytes including Orthotrichum anomalum, Schistidium crassipilum, Homalothecium sericeum and Zygodon viridissimus with Porella platyphylla and the rarer Grimmia trichophylla on some churchyard walls.

For the ‘small bryophyte’ enthusiast, the autumnal arable landscape has the possibility of turning up Bryum violaceum, B. klinggraeffii or Riccia sorocarpa and perhaps even a Sphaerocarpos sp. – a species not recorded often in west Norfolk, and possibly over-looked.