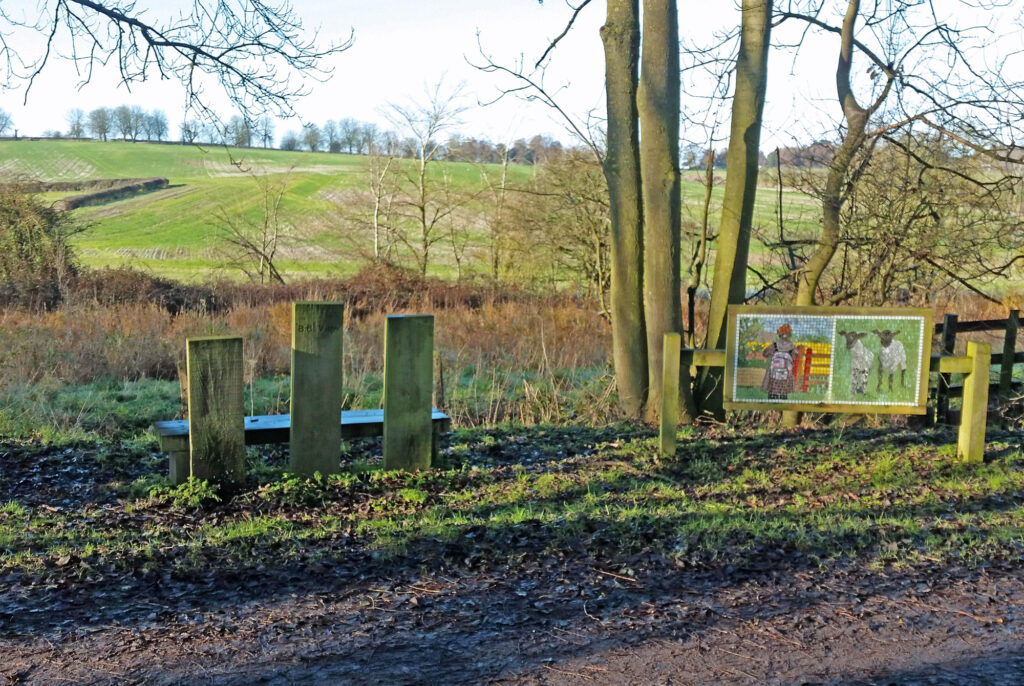 Northamptonshire was once known as the county of “spires and squires”: the haunt of wealthy landowners and a place with several fine medieval church spires.  In the 21st century roads, container depots and gravel pits dominate an intensively agricultural landscape.  Coupled with a dry climate, this makes for a dull prospect bryologically, but there is nevertheless plenty to find.  Churchyards and country estates are still there, and the residue of industrial sites like quarries and disused railway lines have considerable bryological interest.  There are scattered blocks of woodland, ranging from fairly large forest areas to small spinneys among fields; some of the most extensive wooded areas are on the remaining country estates, others are managed by Forestry England.  The valley of the River Nene below Northampton has become an almost continuous chain of gravel pits all the way to Thrapston and beyond, and there are a number of small reservoirs across the county; in spite of the fact that these are managed primarily for birds some bryophytes do well.

Northampton was the home town of the great bryologist H.N. Dixon so the county was thoroughly recorded in late Victorian times and the early part of the twentieth century. In 1962 Malcolm McFarlane produced a brief liverwort flora of the county.  Since then ongoing recording by a handful of bryologists was boosted by a BBS Spring Field Meeting in the county in 2007.

The richest sites bryologically are woodlands, but there are no real “honeypots”.  Rarities do turn up – in widely scattered and often unexpected places.  Ceratodon conicus still grows on a wall in Northampton town not far from where Dixon found it over a century previously; it has also been found at a former quarry and by an active gravel pit.  Draw-down zones of reservoirs have their own bryophyte flora including Riccia cavernosa which is fairly common there; Ephemerum cohaerens was found at two sites in 2002.  There are scattered records for several nationally scarce species.  In Northamptonshire we get excited about species which are commonplace and dull in many parts of the country.  There are hardly any acidic areas: Diplophyllum albicans, for example, is rare, and Sphagnum seems to have disappeared from its one remaining site.  New county records of Racomitrium aciculare and Dichodontium pellucidum were both made in churchyards, which often prove to be fertile hunting ground.