A small but enthusiastic group meet monthly between October and March at venues throughout Lincolnshire (v.-c. 53 & 54) as part of the Midbryg group. Meetings are publicised via the Midlands Bryophyte group of the BBS and the Lincolnshire Naturalists’ Union’s Wildnews Bulletin (a weekly email service). Through the summer months bryophyte recording is carried out on Lincolnshire Naturalist Union field meetings, details of which can be found here.

A website maintained by the county recorder with meeting reports and some relevant literature for the county can be found here.

A short report of notable bryophyte records is published annually in the Transactions of the Lincolnshire Naturalists’ Union.

…with Christine Rieser and Frank Lammiman (c. 2010). Updated and amended by Steven Heathcote (2021)

The land of the Yellow Bellies (regimental colours I believe, not birds or beasts) is the largest English county after Yorkshire, and is often perceived as a vast, flat expanse of mainly cultivated and improved land subject to drying winds from the east and polluting winds from the west. The average bryologist would not be drawn to come here looking for rare mosses or liverworts but in fact there is a wide variety of habitats in the county, and careful and persistent search has revealed some interesting species. The following discussion is largely underpinned by the distinct geological regions of the county, and an account of the geology of Lincolnshire is available here. Many of the sites mentioned below are owned or managed by the Lincolnshire Wildlife Trust (LWT).

When the travelogue was initially prepared by Frank and Christine, the return of epiphytes to the county was only starting to be documented. It is fairly remarkable that in 2020, many of the notable epiphytes they were documenting for the first time in many years are now fairly widespread and common in the county. It is also clear comparing old notes, photos and species lists, how many sites (excepting those managed by the LWT) have become more overgrown and scrubby since previous bryological records were made. Many sites appear to have lost notable species of open habitats, and it can only be hoped that if more open conditions return, these species will find a way back. A typical example would be two (of only three) county sites for Didymodon ferrugineus where the species was recorded in the early 2000s (Wilsford Road and Morkrey Wood) now hosting encroaching scrub and grassland with a thicker sward, with no sign of the species when searched for in 2018.

The long coastline offers maritime marsh supported by scrub and sand dunes with a fresh water marsh behind, long stretches of this being SSSI/NNR of interest particularly to botanists and bird watchers. 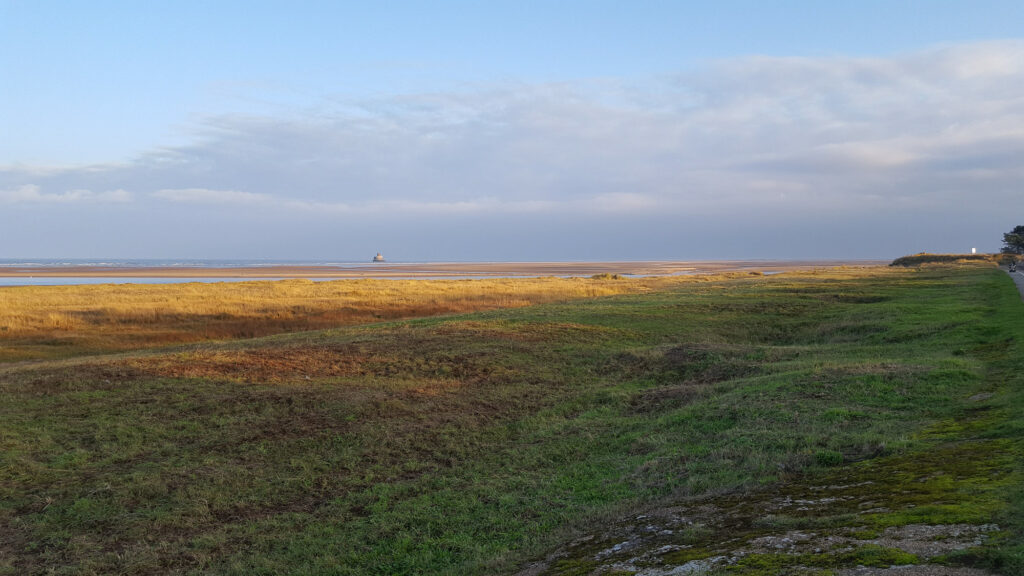 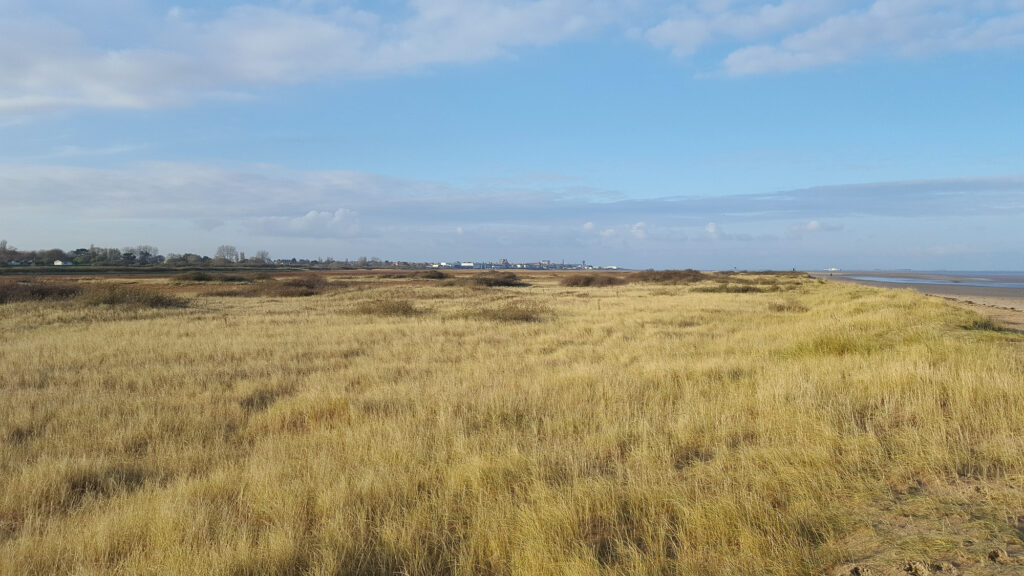 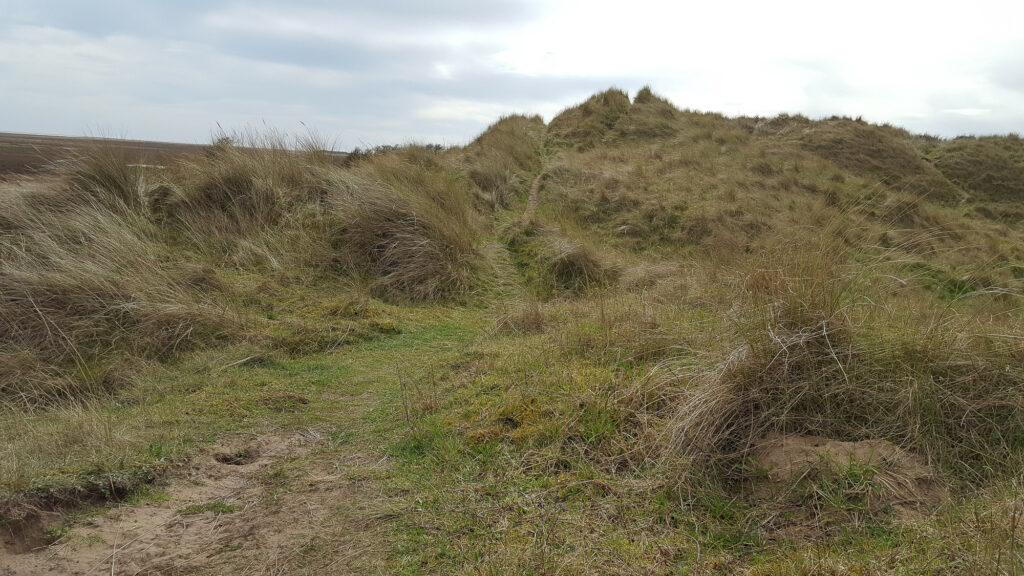 Once the site of three of the rare coastal species of Bryum, only B. warneum now persists at this site. It is present in good quantity in upper saltmarsh habitats where there is a high sandy component of the soil. B. knowltonii and B. marratti have been recorded here in the past and much suitable habitat persists so there is hope of rediscovery.

The strongly coastal Tortula viridifolia is present here on of its very few east-coast stations.

In the south of the county, inland from the coast is a large area of reclaimed fenland with extensive arable fields and drains. Stubble fields can provide a variety of arable species in the right season, and drain banks can support interesting species, best surveyed once the often rank vascular vegetation has been cut back. Small woodlands also persist in the Fens and are of some bryological interest. 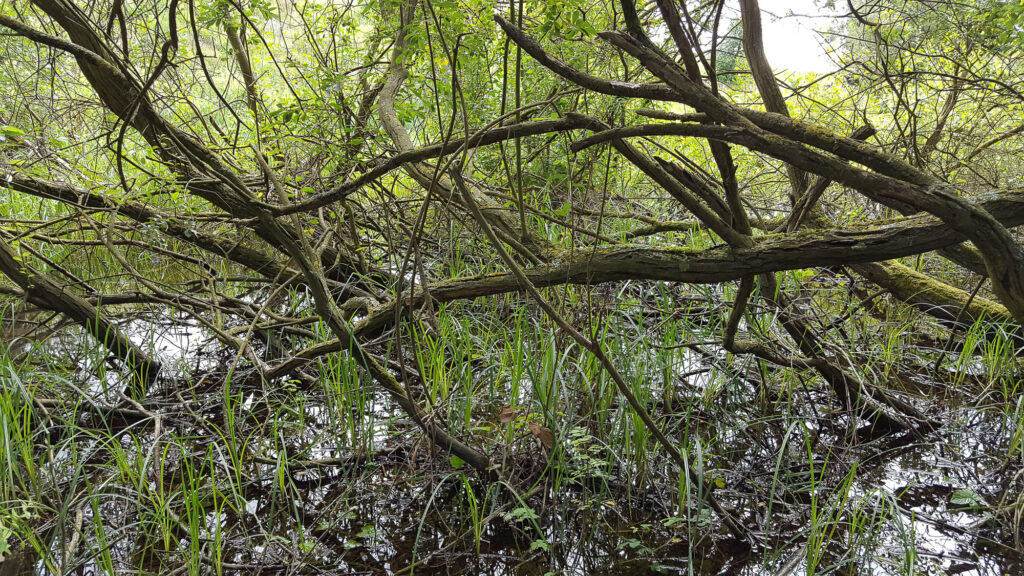 The wood is notable as the only Lincolnshire site for Herzogiella seligeri.

Across North-East Lincs lie the low rolling hills of the chalk Wolds, mostly overlain with boulder clay. There are many abandoned chalk quarries here, which support a good range of calcicoles, and woodlands to explore. 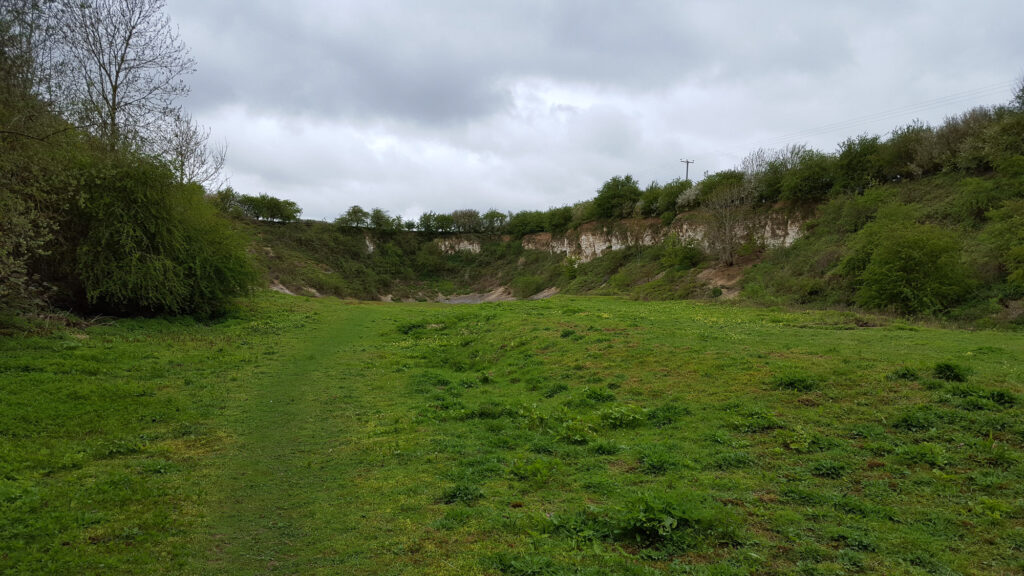 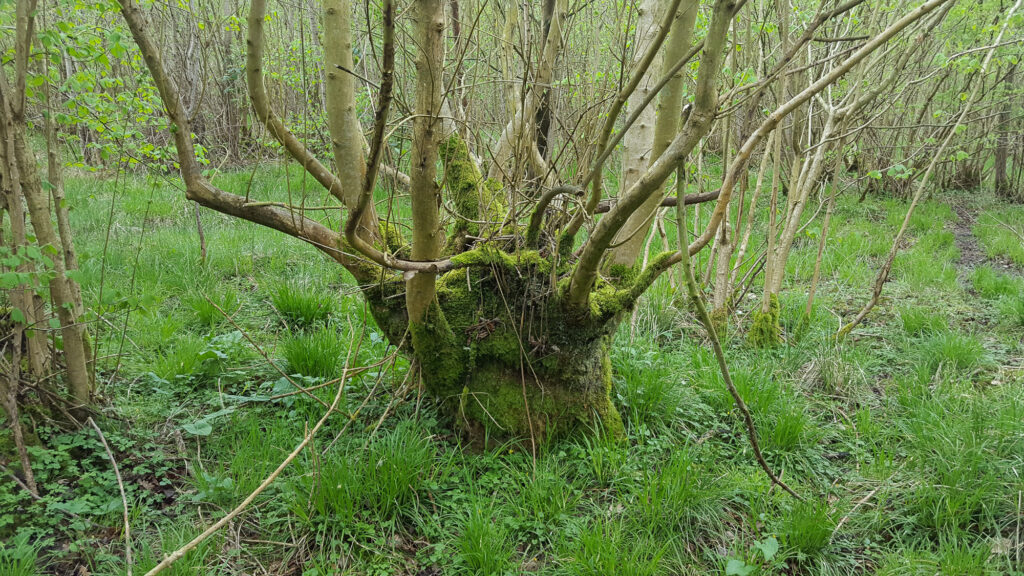 The more southerly area of the Wolds is on the Spilsby sandstone, which is not rich in bryophytes. Frullania tamarisci is found here at one of three VC54 sites, also Zygodon rupestris which is not common in the county. Snipe Dales has a large population of Dotted Hornwort, Anthroceros punctatus, one of only two populations in the county. 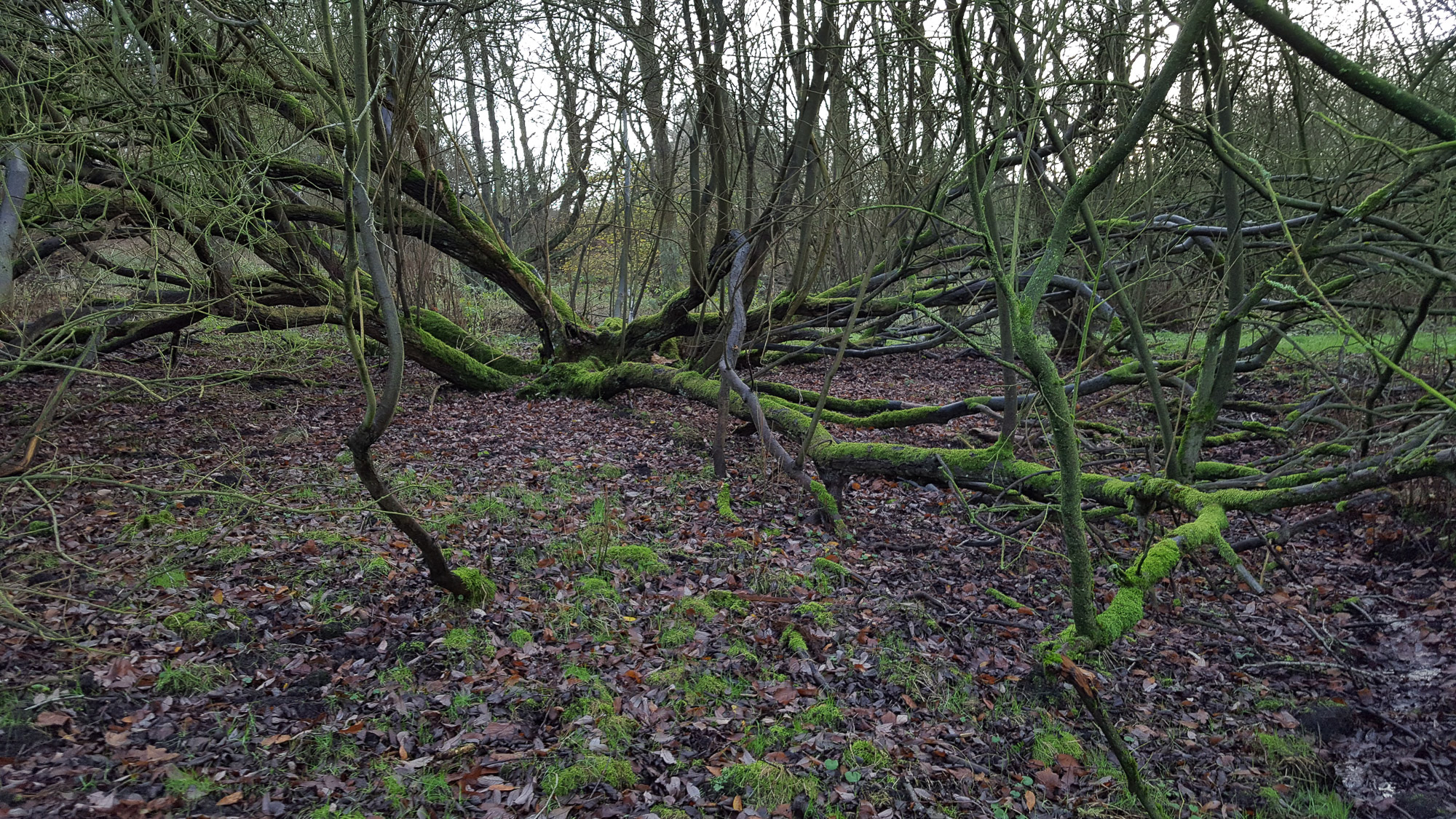 Heathy areas in clay vale with cover sands, west of the Wolds

One of Lincolnshire’s best bryophyte sites Linwood Warren located on the cover sands over the clay vale on the western edge of the Wolds. It has, until recently, supported the last remaining population of Dicranum spurium in the county. However, this species has not been seen since 2010, and recent searches have failed to relocate the colony. There are also extensive areas of wet heath with abundant Sphagnum.

Areas of glacial sands and gravels, near Woodhall Spa

The clay valley to the West of the Wolds is in places overlain with acidic cover sands and elsewhere with more mildly acidic glacial sands and gravels as in the Woodhall Spa area, resulting in mildly acidic to mildly basic heathy areas.

(Mildly acidic, heathlands with some woods and wet areas) 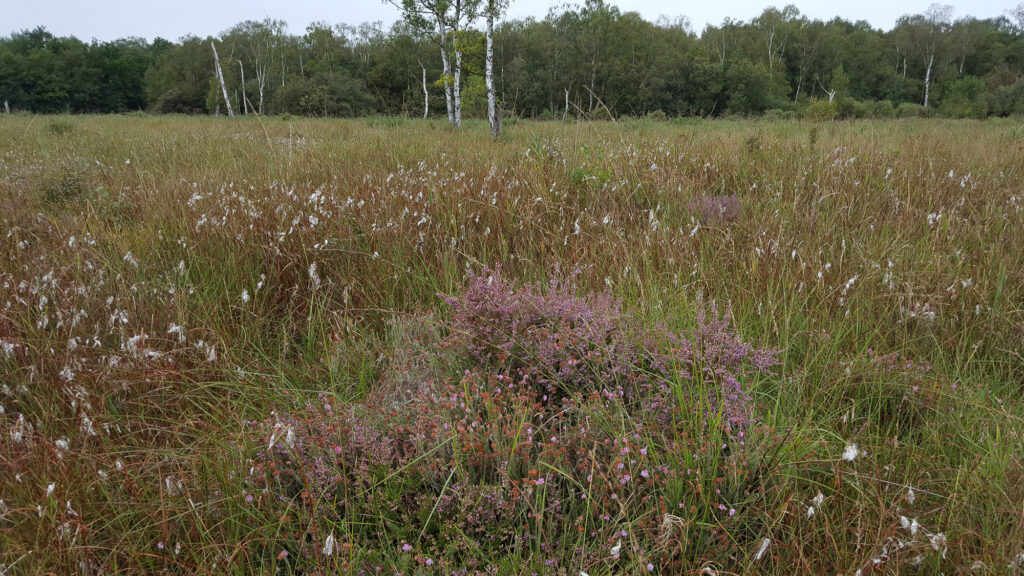 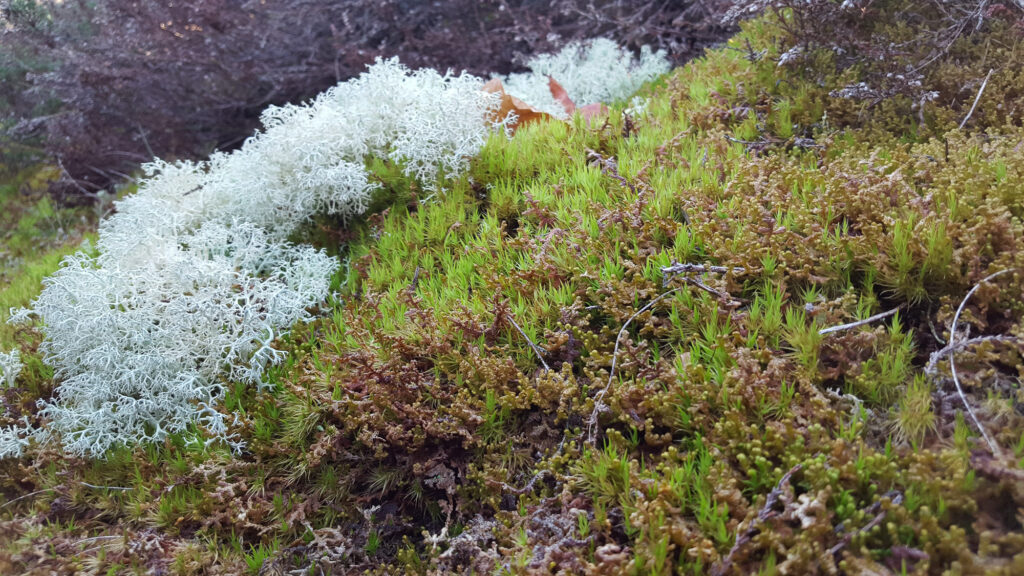 The central clay area which is calcareous bears a group of woodlands known as the Bardney small-leafed lime woods, a good number of which form the Bardney Limewoods NNR. The woods do not support a high diversity of bryophytes, but support a few locally notable species in places. 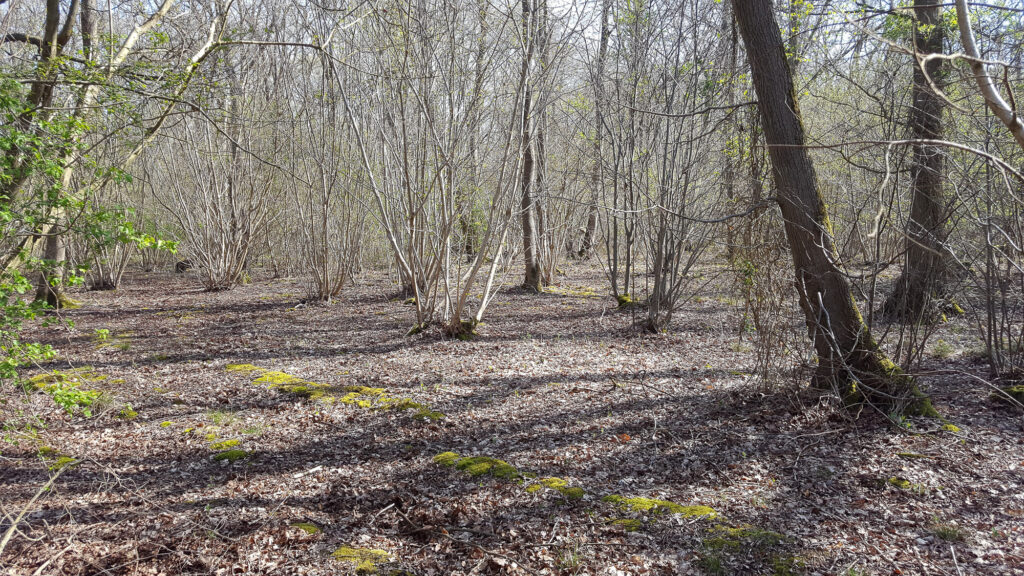 To the west of the Ancholme valley there is a limestone ridge running from the South of the county in the Stamford area north to the Humber with two gaps at Ancaster and Lincoln filled by river gravel or sand. The Ironstone deposits mined for the Scunthorpe steel industry are associated with this ridge.

Where the River Witham (and formerly the Trent) have cut through the limestone ridge at Lincoln, large areas of sand and gravel have been deposited, and most subsequently quarried. Much of the bryophyte interest no rests in areas of these quarries that have been left to restore naturally, although small fragments of original habitat do persist (such as the Little Heath at Whisby Nature Park with areas of wet and dry heath)

Where the River Witham (and formerly the Trent) have cut through the limestone ridge at Lincoln, large areas of sand and gravel have been deposited, and most subsequently quarried. Much of the bryophyte interest no rests in areas of these quarries that have been left to restore naturally, although small fragments of original habitat do persist (such as the Little Heath at Whisby Nature Park with areas of wet and dry heath)

There are a number of springs, fountains and blow wells in areas of limestone that support a range of locally notable species. 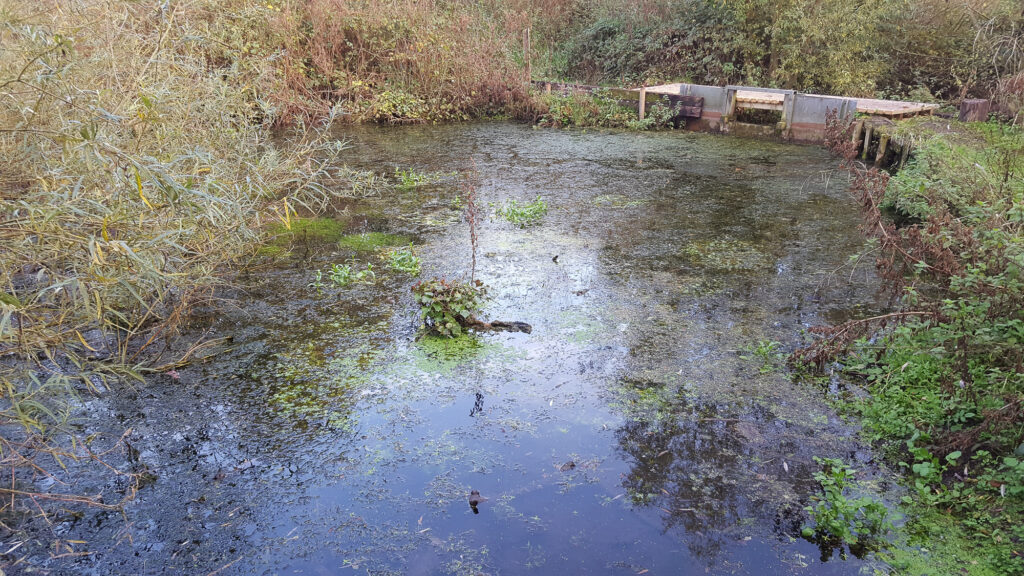 The River Trent meets the Humber Estuary in Lincolnshire and at Trent Port, the epiphyte Orthotrichum sprucei was recorded on a large old willow by the river. This was the only county site for this uncommon species until the tree was lost in a flood event. We remain hopeful that the species will be re-discovered on other similar trees. 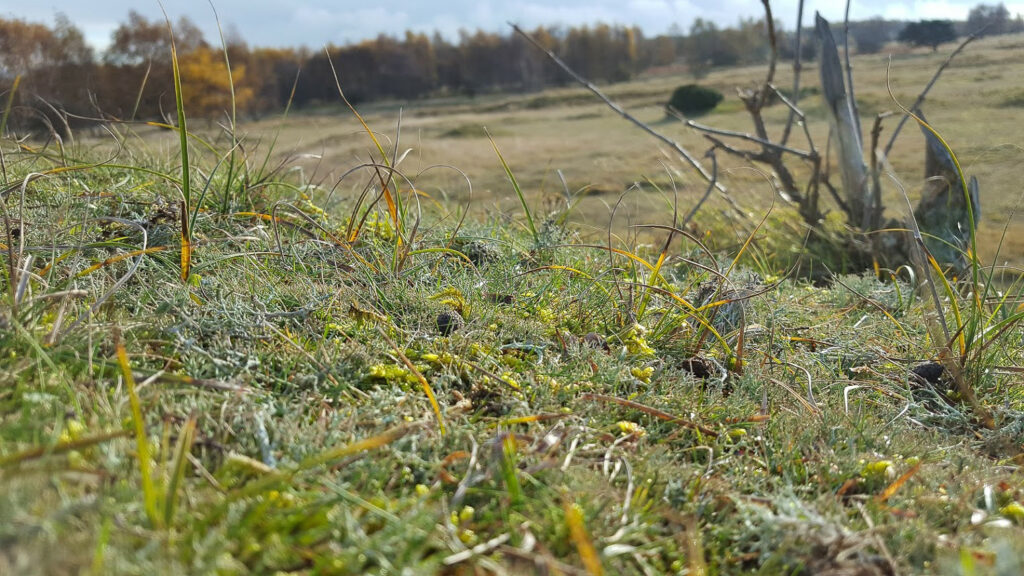 Lowland raised bogs were once present at several sites in North Lincolnshire, exploited for the useful peat, a legacy retained in the name ‘turbary’. The largest area, at Crowle Moor is part of VC63 (South-west Yorkshire) despite being in the modern county of Lincolnshire. 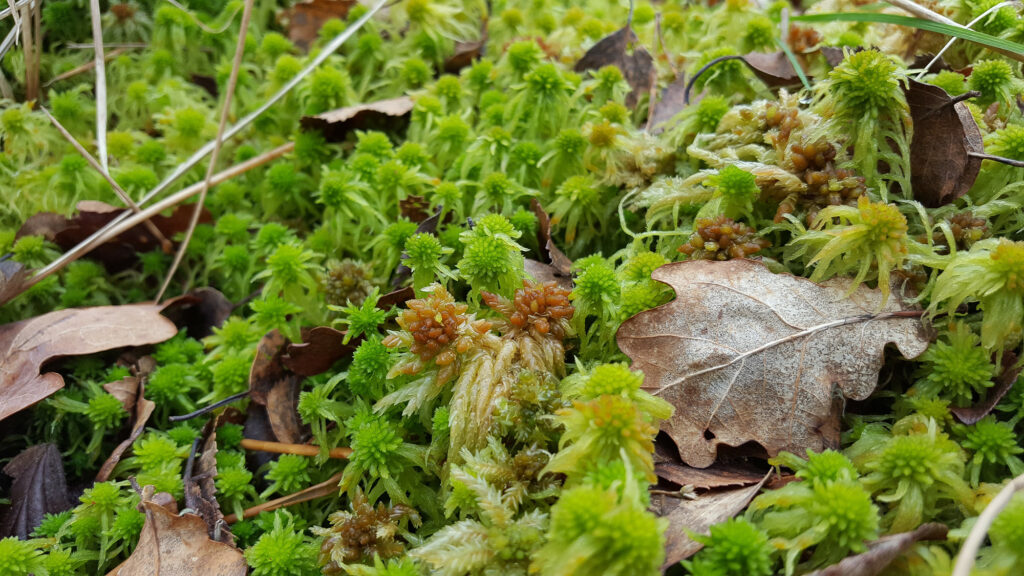 The Lincolnshire Limestone runs north to south through the county, and supports a few areas of bryological interest. The private Grimsthorpe Estate is the only known county site to uncommon calcicoles, Abietinella abietina and Entodon concinnus. 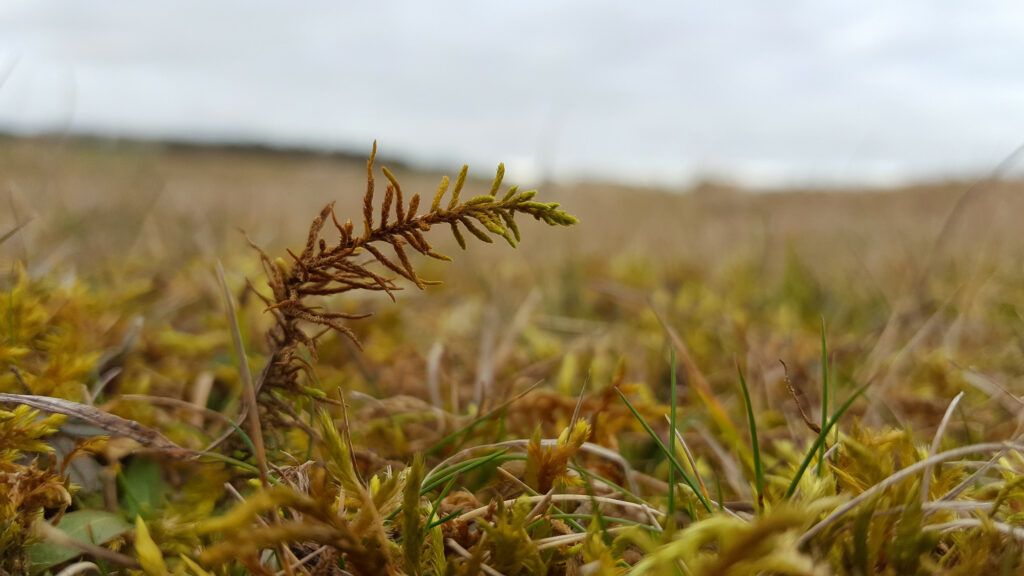 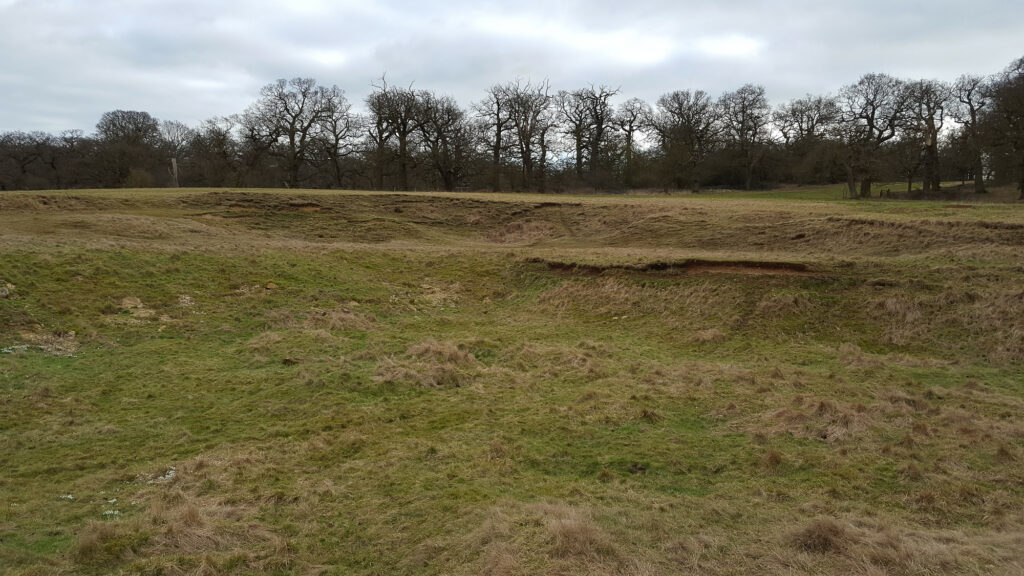 Seaward, M.R.D. 1971. Corrections and additions to ‘A bryophyte check-list for Lincolnshire’. Transactions of the Lincolnshire Naturalists’ Union, 17: 227.