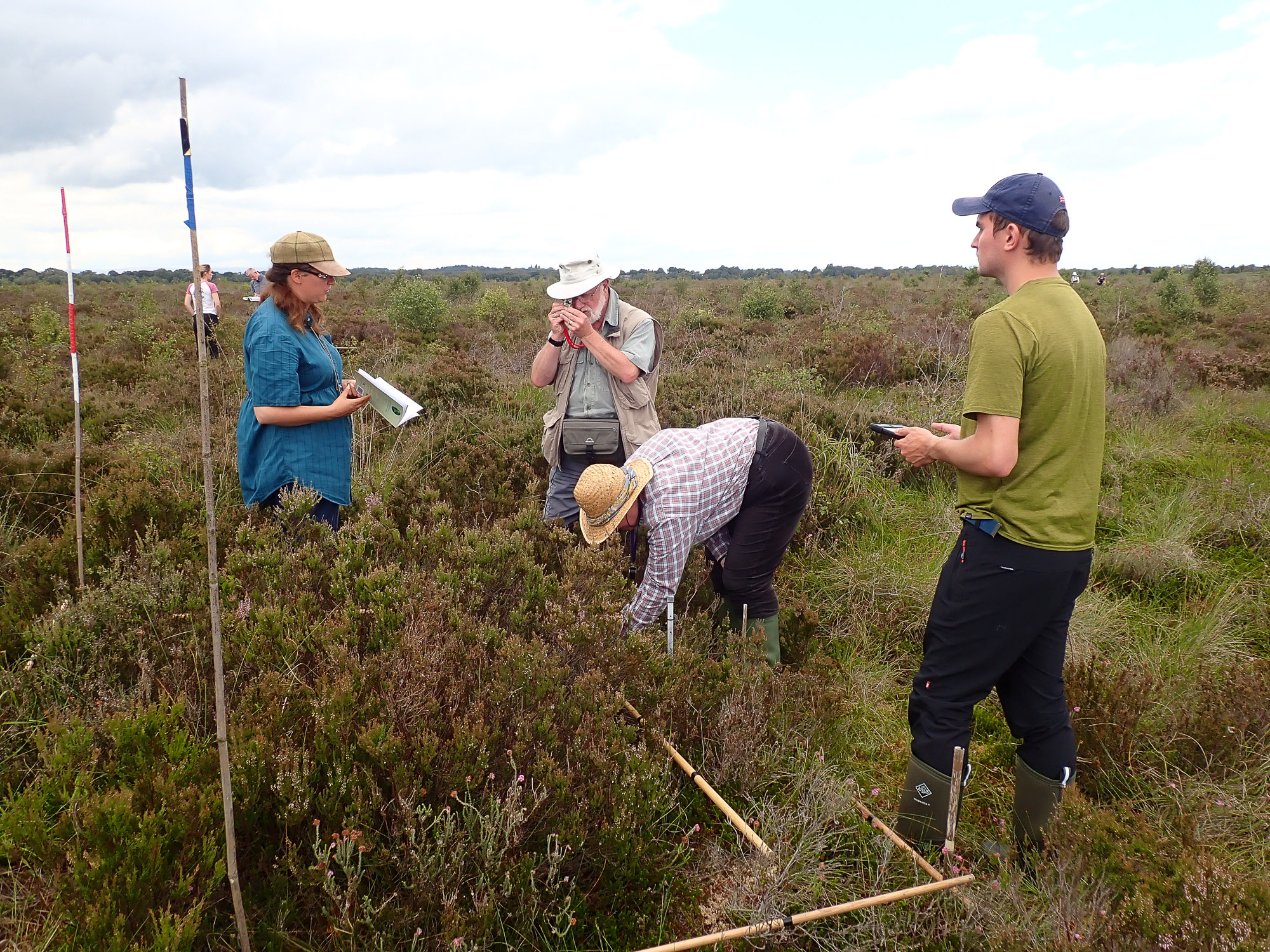 Past President Martin Godfrey and Council member Philippa Thompson have just returned from a week with Natural England assisting at a Long Term Monitoring Network (LTMN) vegetation survey of Fenns, Whixall and Bettisfield Mosses, a lowland bog National Nature Reserve (NNR) that straddles the border between England and Wales.

The LTMN is an initiative that is administered by Natural England as part of the wider Environmental Change Biodiversity Network which is a multi-agency long-term integrated research programme to record, analyse and predict environmental change in the UK to understand long term air pollution and climate change impacts on biodiversity.

The LTMN collects a range of data over 37 NNRs in England, including data for air pollution and meteorological information. Vegetation surveys are carried out every five years. This was the third survey of this site, the last being in 2016. Thirty seven permanent 2m2quadrats are monitored for sward height, aspect, vegetation cover, and botanical species composition. The last at a resolution of 400cm2. 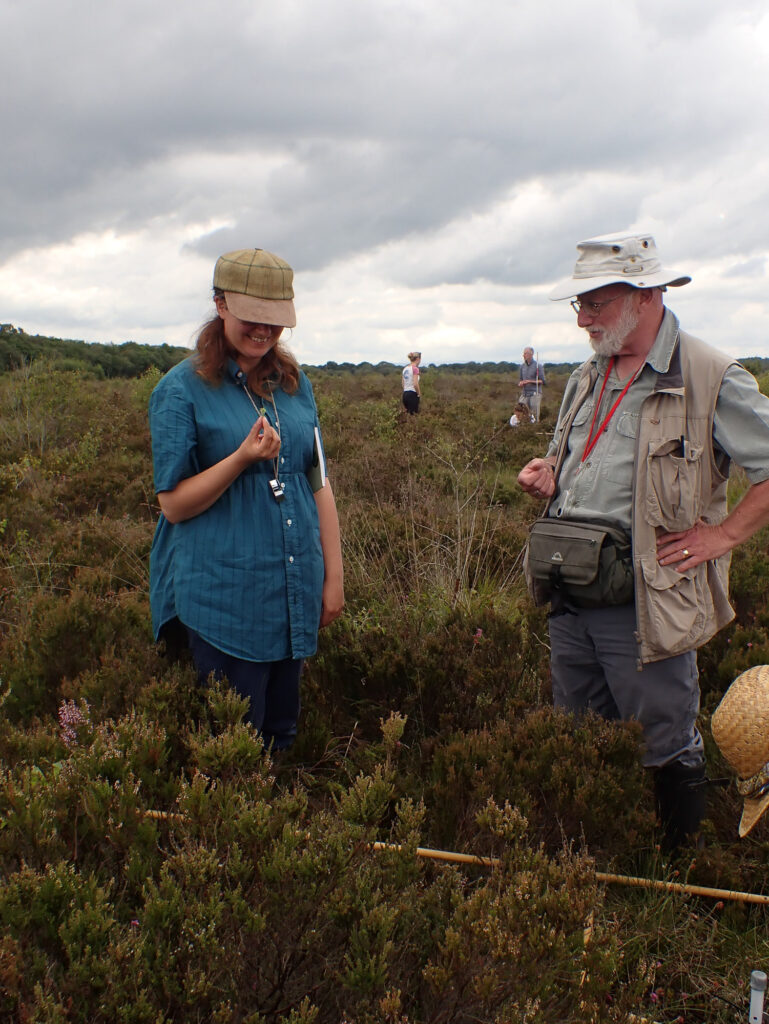 The survey was undertaken by an in-house mix of Natural England Staff including staff from the Reserve, volunteers from Natural England, and students from Manchester University on placement. There were one or two others asked in from outside the organisation including local experts to help with lichen and bryophyte identification. The latter was particularly important as there were close to twice the number of bryophyte species as there were vascular plants. Martin Godfrey was asked to contribute as a roving expert and Philippa Thompson came along to help!!!  There was an emphasis on training throughout the survey and many of the surveyors were finding the confidence to identify the more obvious bryophytes by themselves, by the time the survey finished.

The data collected will be available in the public domain for anyone who is interested. There is a lot of ongoing water management work going on at the reserve, including restoration of peatland that has been degraded in the past by peat extraction. The information could, thus be a valuable tool in the future to help assess the efficacy of different management interventions. Some of the quadrats were in an area on Whixall Moss that has historically been high quality habitat and that has had its management essentially unchanged over the last decades. Despite this, there are worrying signs that bryophyte diversity could be decreasing in these areas, but detailed comparisons with former surveys could give a clearer picture of what is happening here. Sphagnum pulchrum used to be found  but has not been seen for some time and very little Sphagnum medium was found. However, an interesting new record was made by the visiting lichenologist, Neil, who has found samples of what appears to be Sphagnum divinum on both Bettisfield and Fenns Moss. If the records are verified it will be a new species for VC 50 Denbighshire.

No other surprises on the bryological front during the survey, except for records of Gymnocolea inflata which were not on the species list from 2016.  Lots of specimens of Dicranum bonjeanii were checked for Dicranum bergeri, a speciality of the NNR., but it was not to be!!

The weather was good and fun was had by all. It was really satisfying to be involved with a project that is compiling something that could be a potentially important data set. It was also a privilege to spend a week in such an unique environment surrounded by so much expertise! It is a spectacular site! There are exciting restoration projects afoot. Let us see what the next five years will bring!!

My thanks to our Past President for inviting me to take part in this interesting project.