Stems of Aulacomnium androgynum often terminate in stalked balls of small green spindle-shaped gemmae which catch the eye in the field. Few other small mosses have such gemmae-bearing structures (strictly called pseudopodia) although care should be taken not to confuse it with Tetraphis pellucida, which is normally a darker green colour and bears larger disc-like gemmae in cups formed from modified leaves at the tops of stems.

If gemmae are absent, A. androgynum resembles a number of other small pale to bright green acrocarps, including Barbula unguiculata, Streblotrichum convolutum or Dichodontium pellucidum. However, as you can see in the gallery images, it has unusual leaves, with the margin strongly toothed only at the tip and incrassate mid-leaf cells, each of which has a single conical mamilla. Aulacomnium palustre has similar mid-leaf cells and occasionally also has gemmiferous pseudopodia, but small forms differ in having enlarged, brown basal cells (absent in A. androgynum).

A. androgynum grows in a remarkably wide range of acid places, including decaying wood, moribund sedge tussocks, peat and other humus-rich soils and sheltered sandstone. 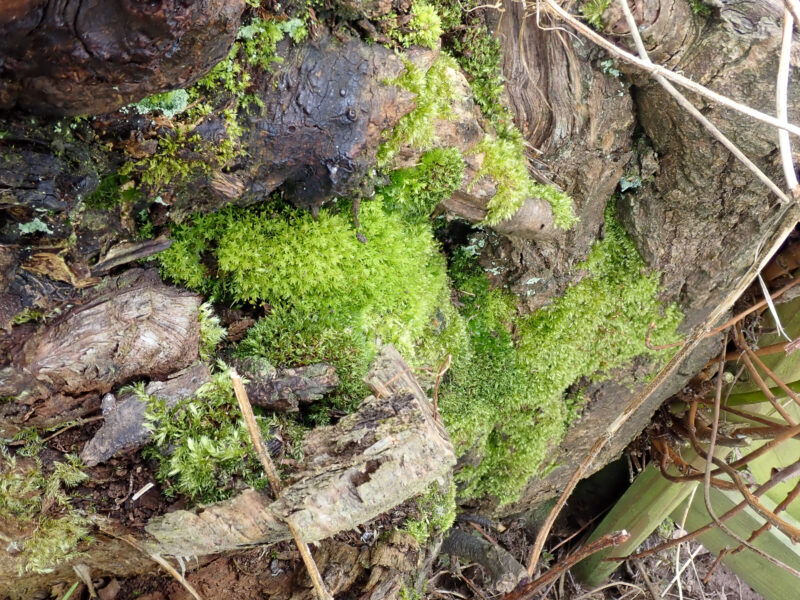 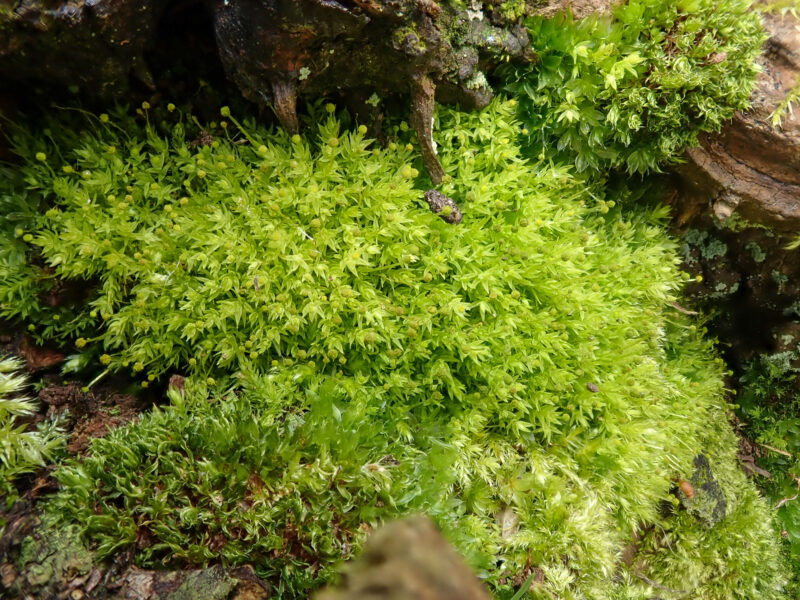 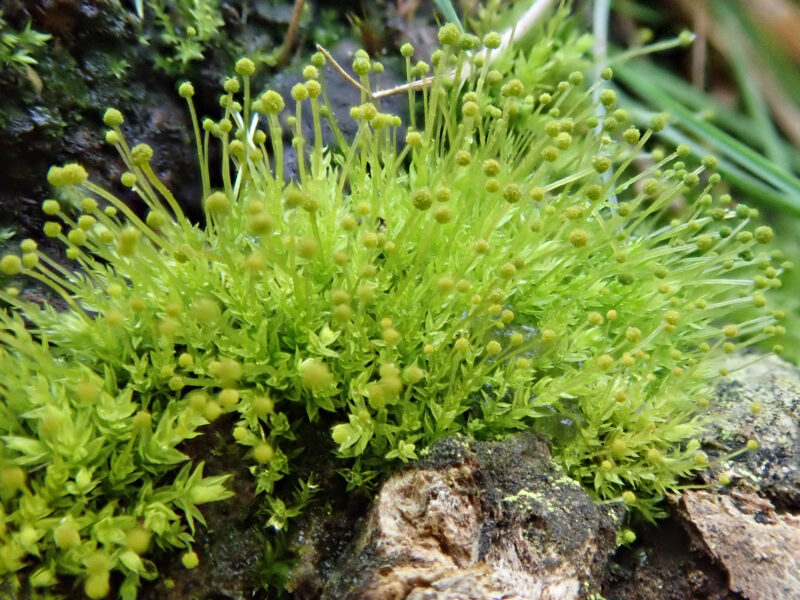 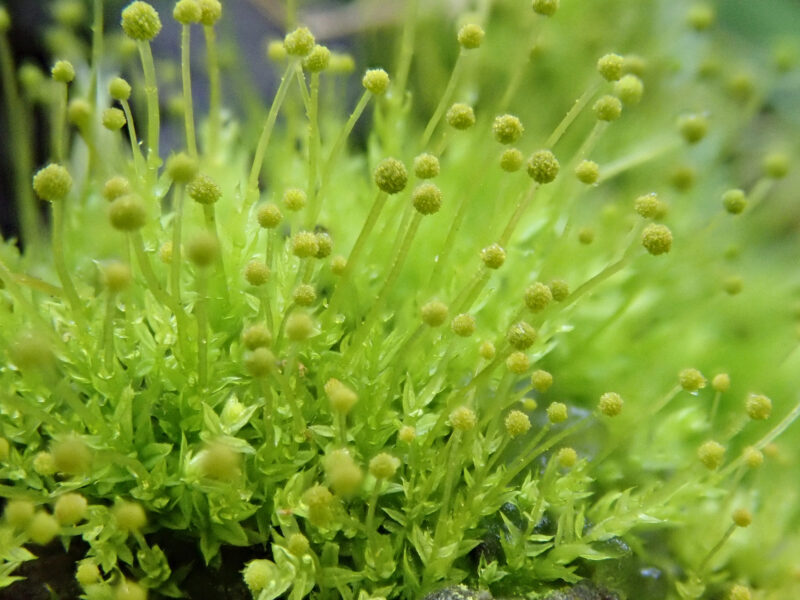 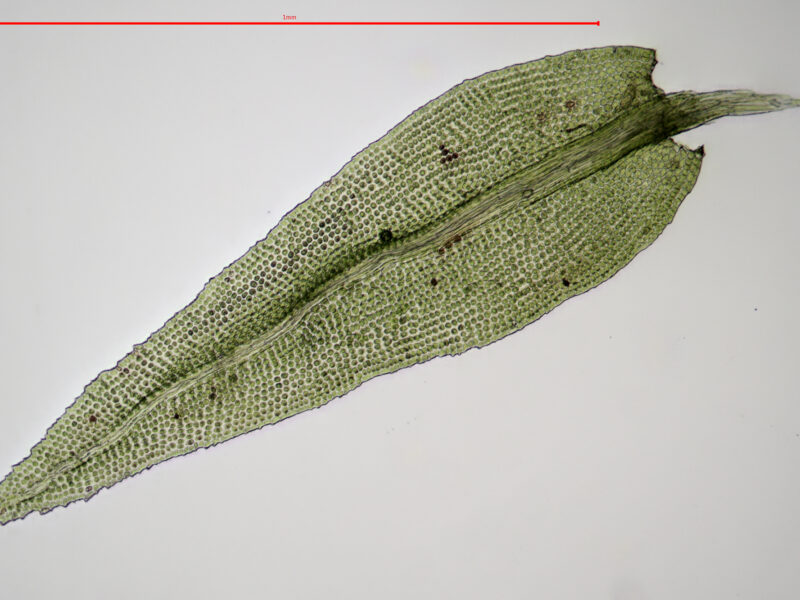 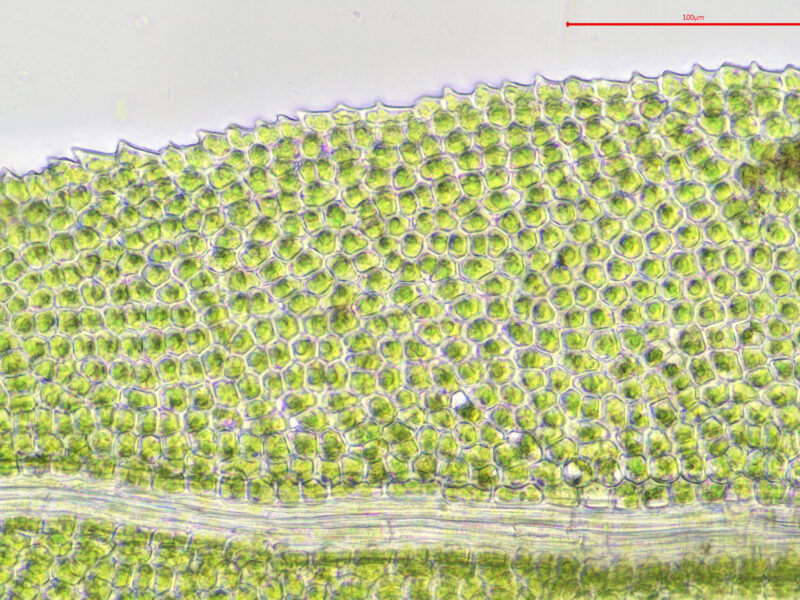 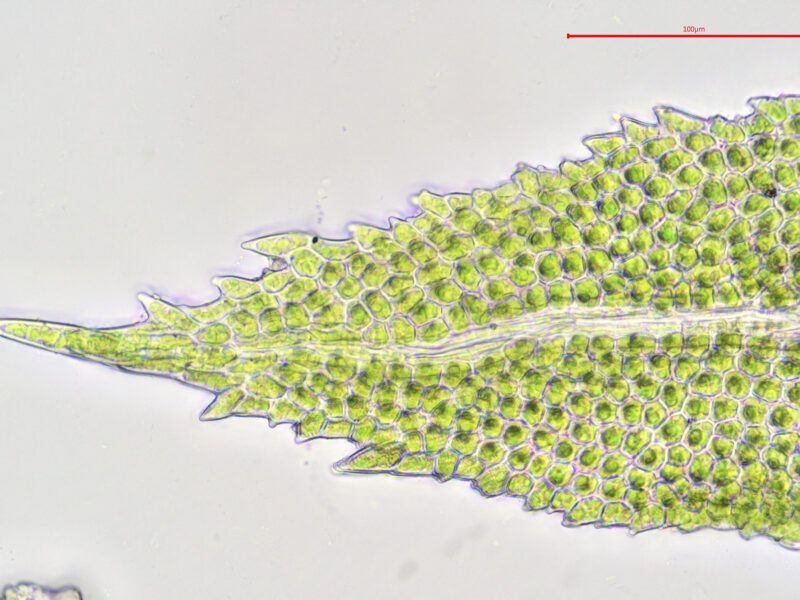 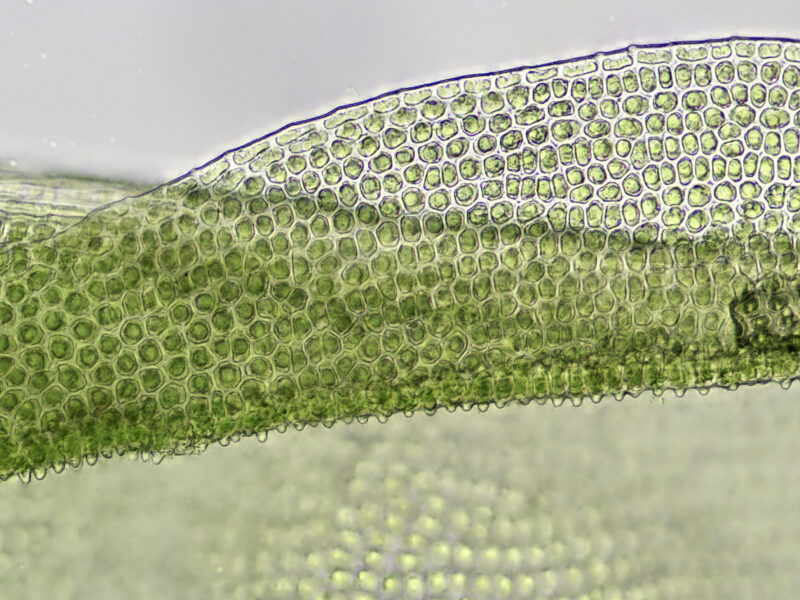 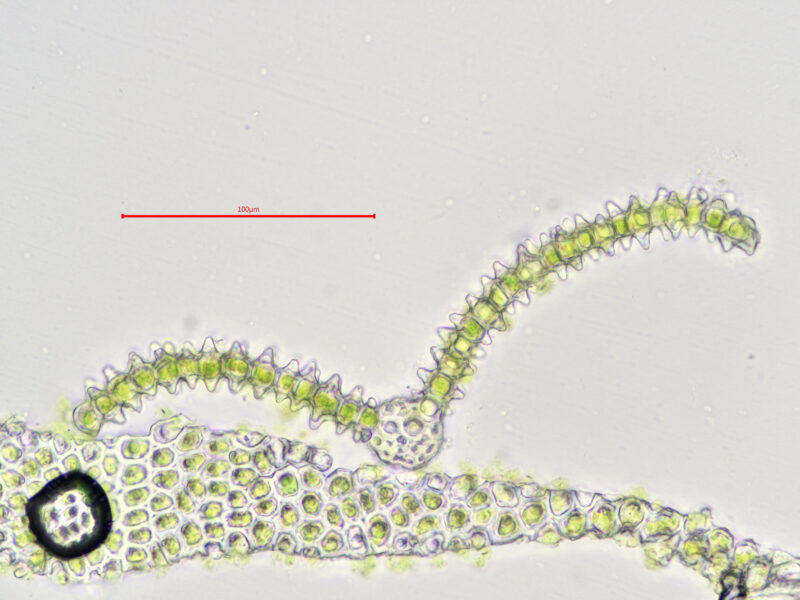 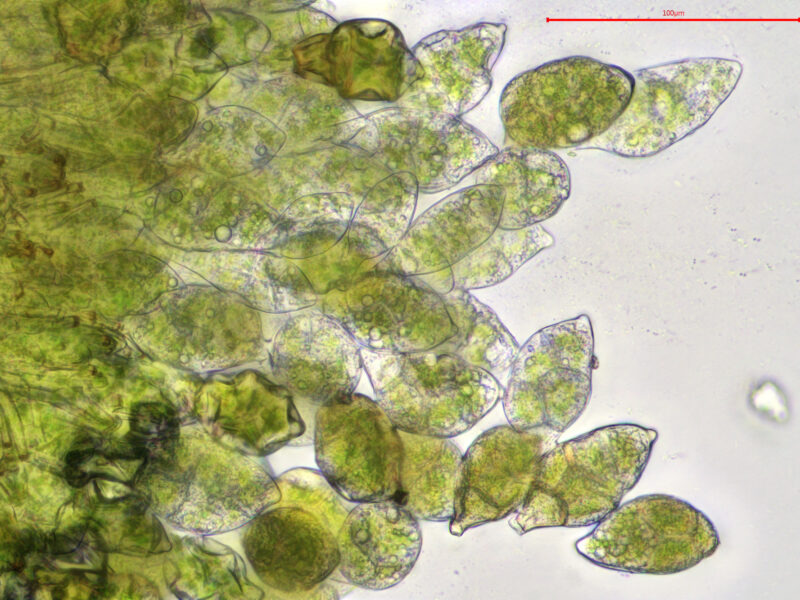 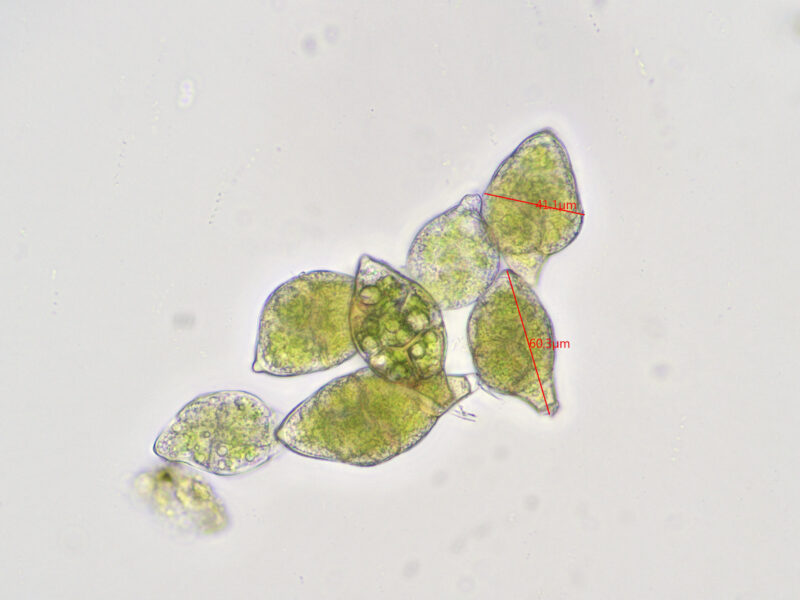 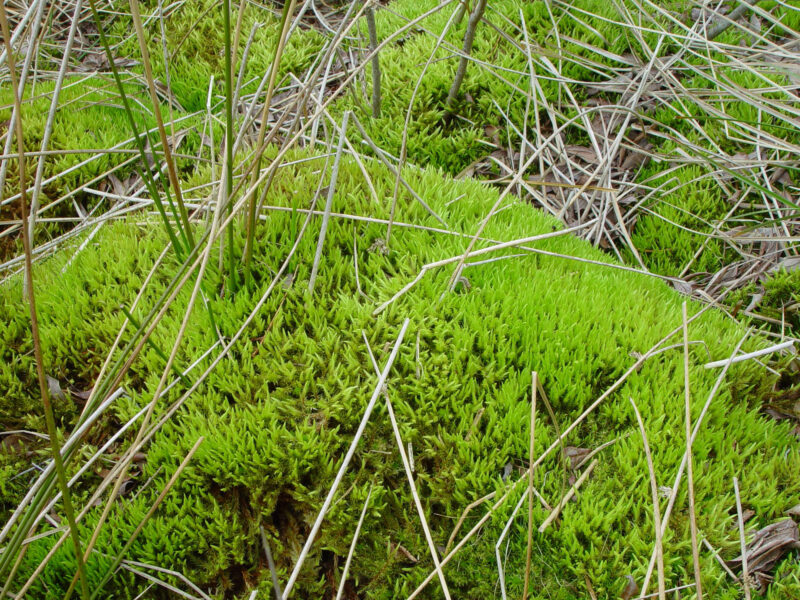