Arable land has a distinctive bryophyte flora, which has often been neglected in the past. Harold Whitehouse (1917-2000) took a keen interest in arable bryophytes from the late 1950s. He often astonished bryologists on BBS excursions to rich areas of the north and west by examining the local arable fields. Few other bryologists were so keen on the arable habitat, with the result that at the start of the 21 century we had little idea of how its bryophyte flora was changing.

Ron Porley reviewed the state of knowledge in 2000 and proposed a nationwide survey of bryophytes on arable land. The BBS Conservation and Recording Committee endorsed his proposals, a steering group was formed and SBAL took shape during the winter and spring of 2001/2002.

SBAL set up its own website for the duration of the project, and this was later retained within the main BBS website. With the launch of the new website in 2021, it was decided to archive the full SBAL website, but to retain useful resources and links. If you require any information from the original SBAL website, please contact the website editors by email at webmaster@britishbryologicalsociety.org.uk.

The project formally kicked off with a weekend workshop at Preston Montford in November 2002. In a combination of lectures and practical sessions, participants were introduced to the methodology and resources available. 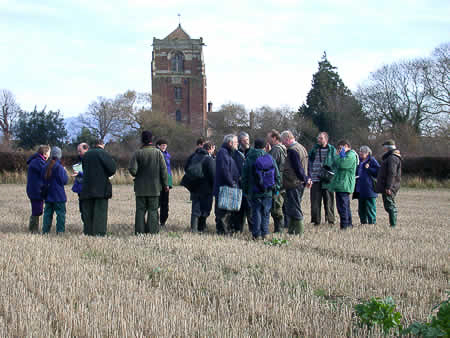 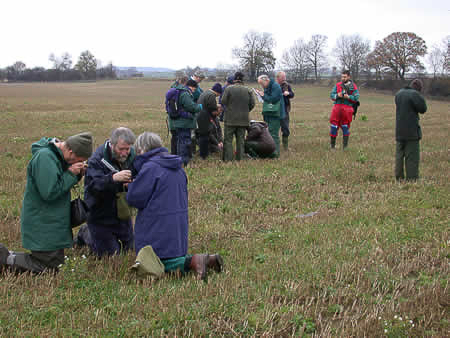 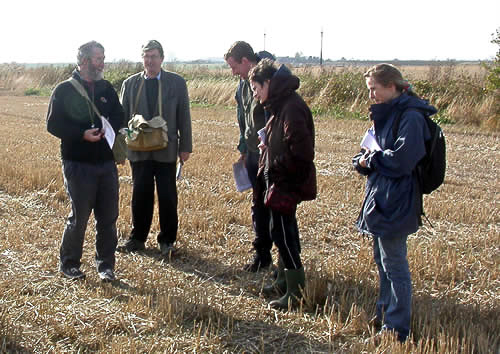 Over the next 3 years, over 800 arable fields were surveyed: 200 randomly selected, and 620 selected by the surveyors. The species present in each field were listed and their frequency within the field assessed. Other data relating to the field were also recorded, such as crop details, cover of vascular plants, bare soil etc, soil pH and texture.

Finally, the data was collated, analysed and interpreted. Six species assemblages were described on the basis of a classification of the species recorded in each field and their frequency values. The results were published in the Journal of Bryology (Preston et al, 2010).

This article reviews the status of arable bryophyte knowledge, and was one of the main triggers for the SBAL project. It was published on the SBAL website and is reproduced here in PDF format.

This list of bryophytes associated with arable land was produced by Ron Porley for the Plantlife Fields of Vision Conference in 2000, and was published on the SBAL website. It is provided here as a downloadable spreadsheet.

The results of the survey were originally planned for publication in 2 papers in Journal of Bryology. In the event, only the first paper was ever published.