The BBS Bryophyte Ecology Group (or BRECOG) exists to promote study of the ecology of the mosses, liverworts and hornworts of Britain and Ireland. Having a detailed knowledge of their ecology will be absolutely fundamental for effective conservation of our bryophytes in the future. The group seeks to bring together those with practical involvement in conservation and land management, academics and amateur bryologists to develop a core of knowledge about the ecologies of the common and not-so-common species of these islands.

BRECOG was established as a specialist group of the British Bryological Society at a workshop in 2006. It aimed to meet annually for a weekend workshop held at a different location early each spring.

However, in the spring of 2007, the group launched a major project, The Bryophyte Habitats Survey, which you can read about below. This project soon took over all of the group’s time and energy, and gradually the BRECOG epithet became synonymous with the Bryophyte Habitats Survey project. At the time of writing (December 2020), the results of the project are being written up, and other activities of the BRECOG group are on hold until this is completed. 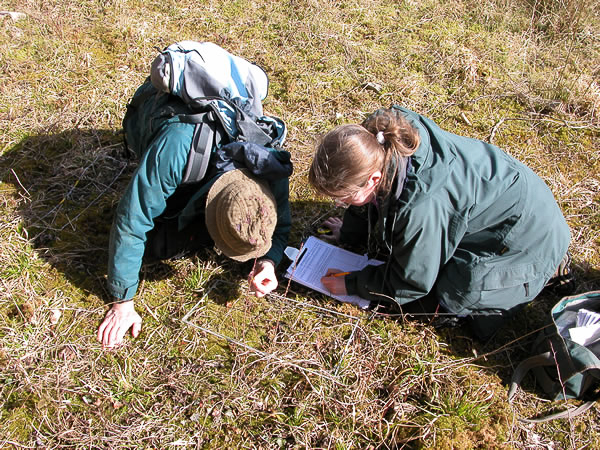 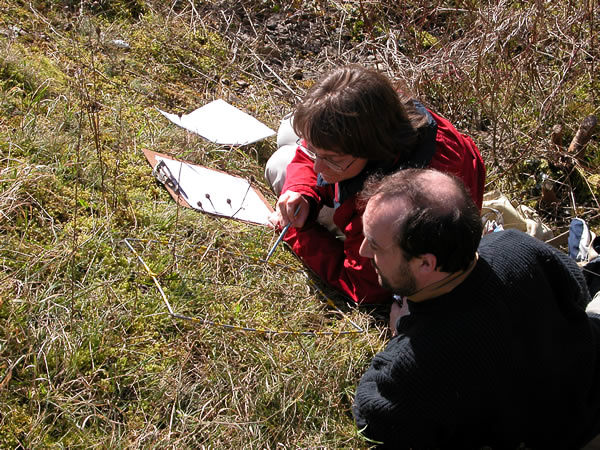 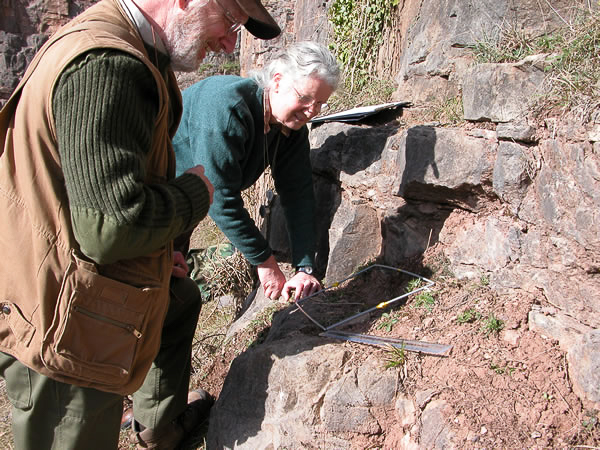 At the Preston Montford workshop in March 2007, the group launched a major project, the Bryophyte Habitats Survey. This involved the collection of data on the percentage cover of bryophytes from typical bryophyte habitats, plus the scoring of a number of simple environmental factors (e.g. shade, slope, soil or bark pH) at the quadrat sites and the recording of the presence of capsules and their stage of development. The target date for completion of the project was originally December 2016, however this was extended to December 2017 and in fact some ‘mopping up’ of desirable sites went on into early 2018 and then, as a result of the dreadful spring and following drought, a dribble of recording continued into the summer. 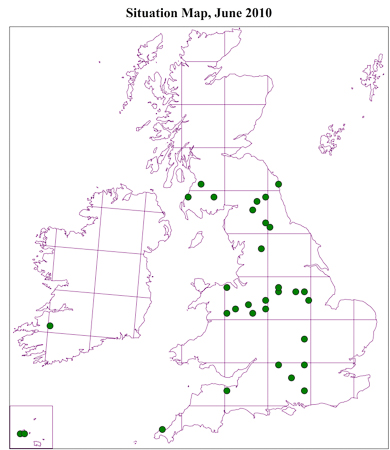 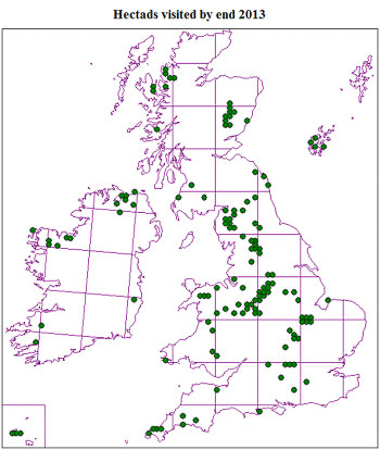 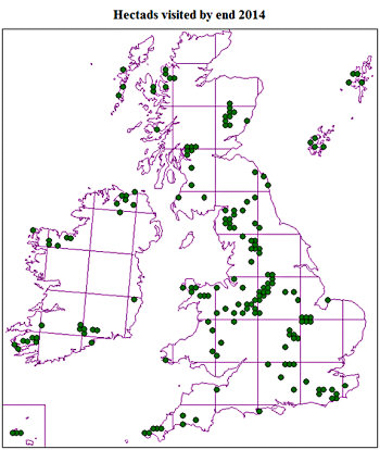 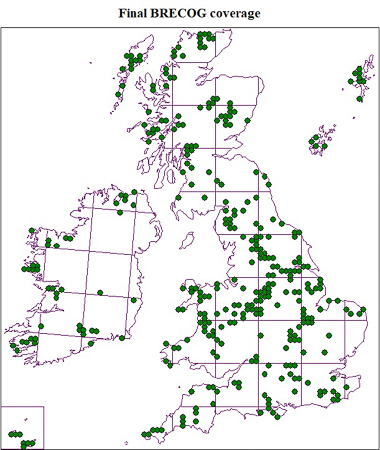 As of December 2020, all the data analyses and charts have been completed and Mark Hill has undertaken a cluster analysis of bryophyte communities which will be included as a chapter in the final publication.

The principal authors, led by Jeff Bates, are now working their way through the 200 to 210 most frequently recorded species, writing detailed ecological synopses for each. Unfortunately health issues and other commitments have affected this work, however Jeff reports slow but steady progress with around 50 species accounts written so far. It has proved difficult getting anyone else involved with the write-up, because of the small core team who did most of the actual recording.

If anyone believes they may be able to help though, please contact Jeff by email at jwb.bryol@gmail.com.