When Grimmia pulvinata has young capsules, with the setae turned down to push them back into the leaves, it is a straightforward plant to identify and is ubiquitous on basic rocks and masonry in the lowlands. Old capsules have straighter setae (as shown in one of the images below) and these can cause confusion.

One of the most important diagnostic features for G. pulvinata is the elliptical shape of its leaves, which is unlike all other British and Irish species except for G. orbicularis. If capsules are young, then the longly rostrate lid will normally serve to distinguish G. pulvinata from G. orbicularis, which has mammillate lid and rounder capsules. If there’s any doubt, microscopical examination of the row of basal cells next to the costa will show them to be rectangular, with more or less smooth walls whereas G. orbicularis has rectangular-elongate paracostal cells with nodulose walls.

In areas where rocks are more acidic, the scarce G. decipiens may be found. This looks rather like a large G. pulvinata and in the field candidate material may be identified by the small but sharp teeth on the hyaline hairpoint (which look fuzzy under a hand-lens). The leaves also taper gradually into the hairpoint, which runs down the leaf margins. Beware though, the hairpoint of G. pulvinata is also usually denticulate. 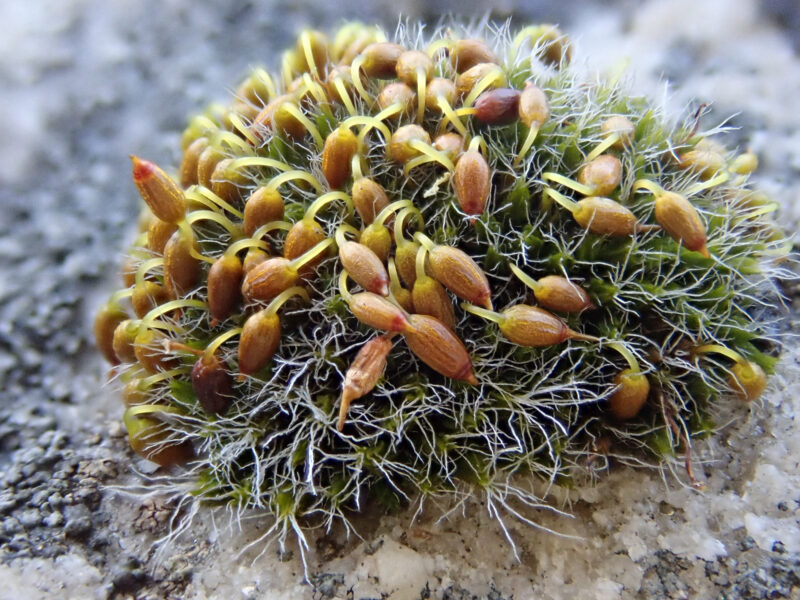 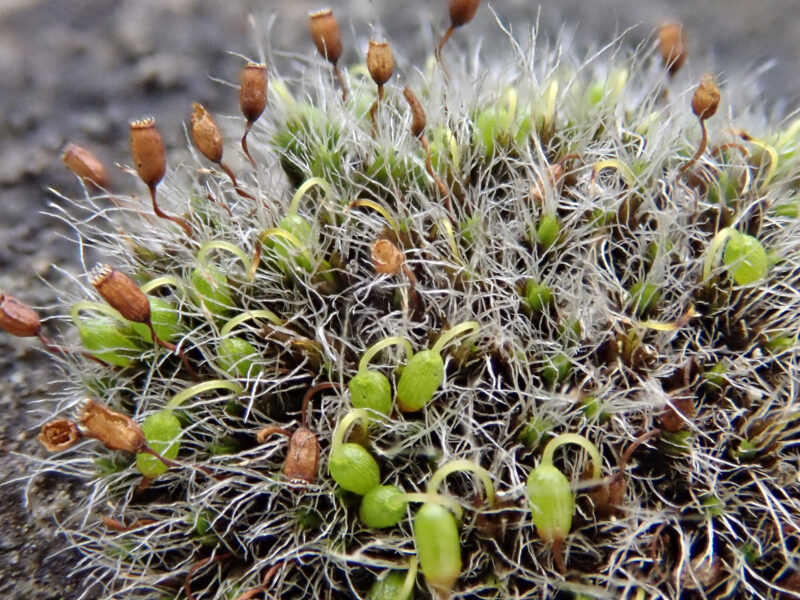 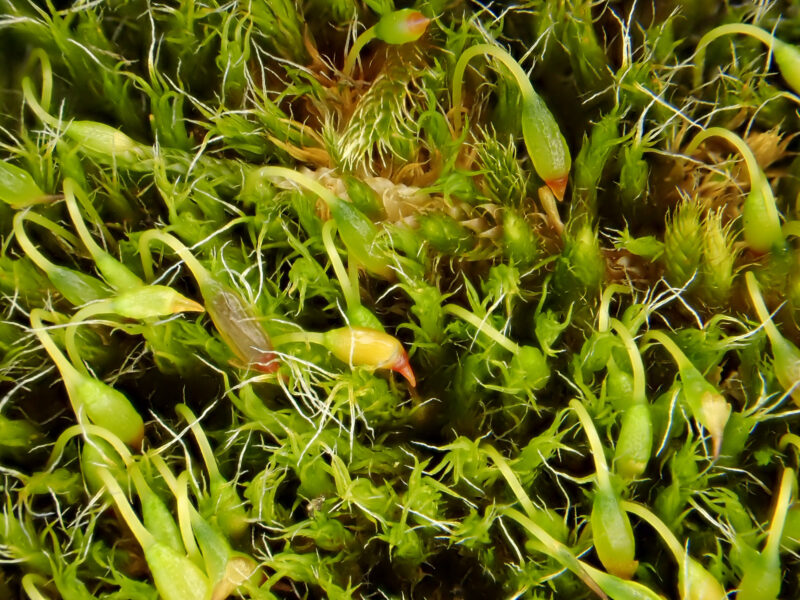 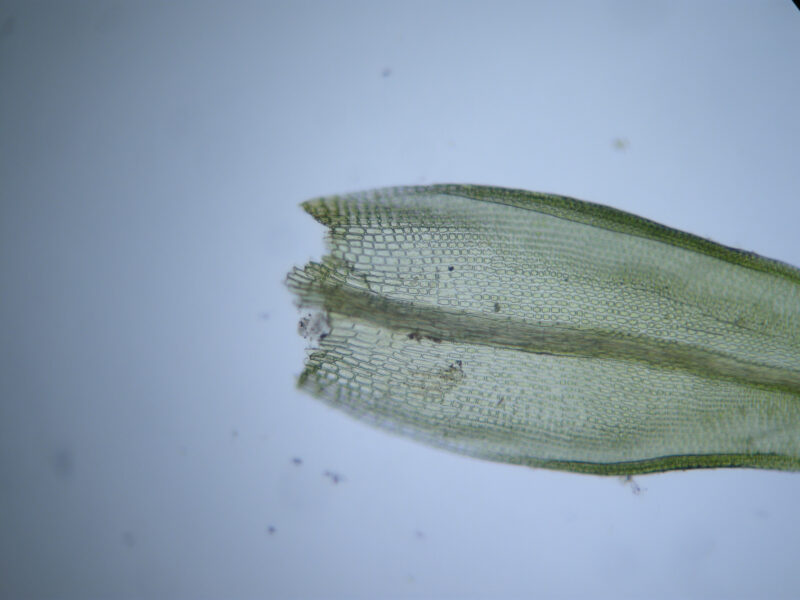 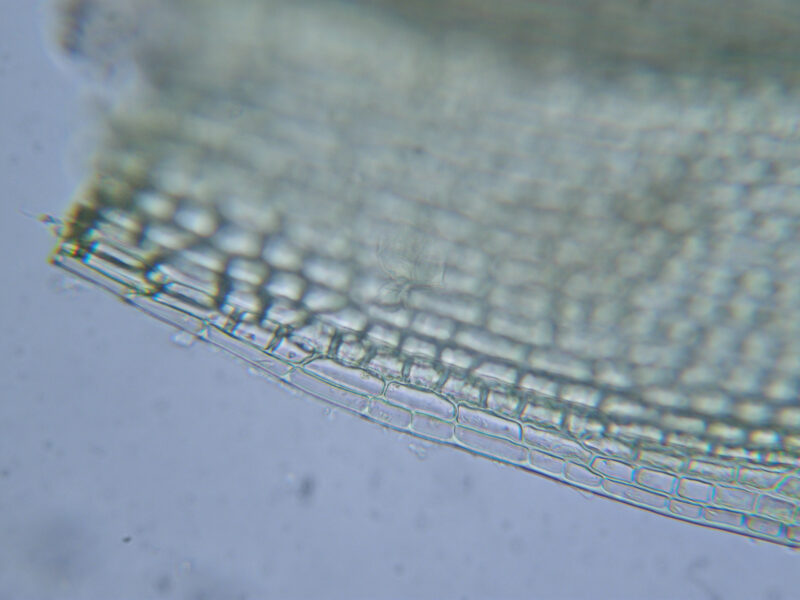 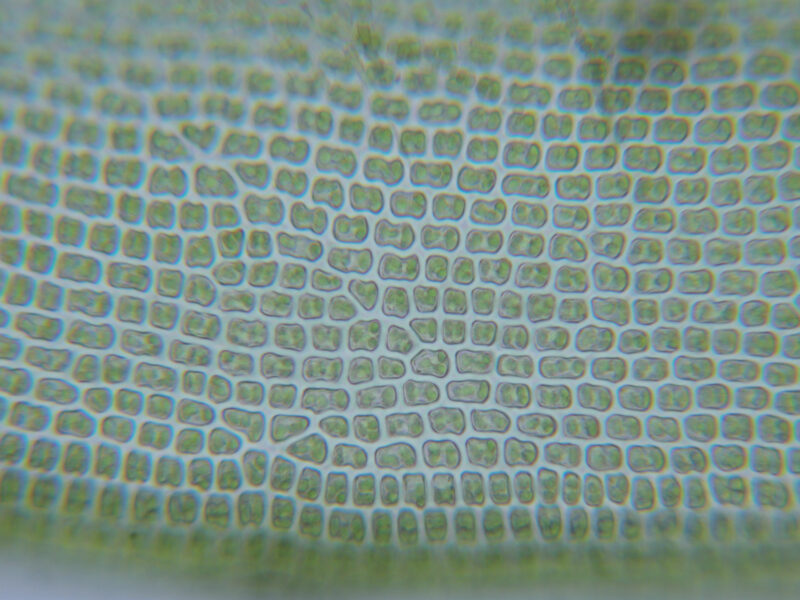 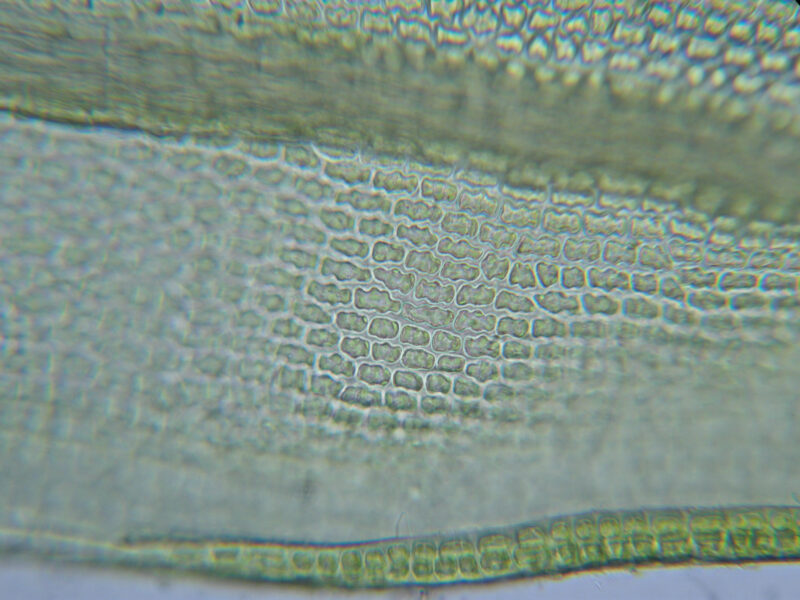 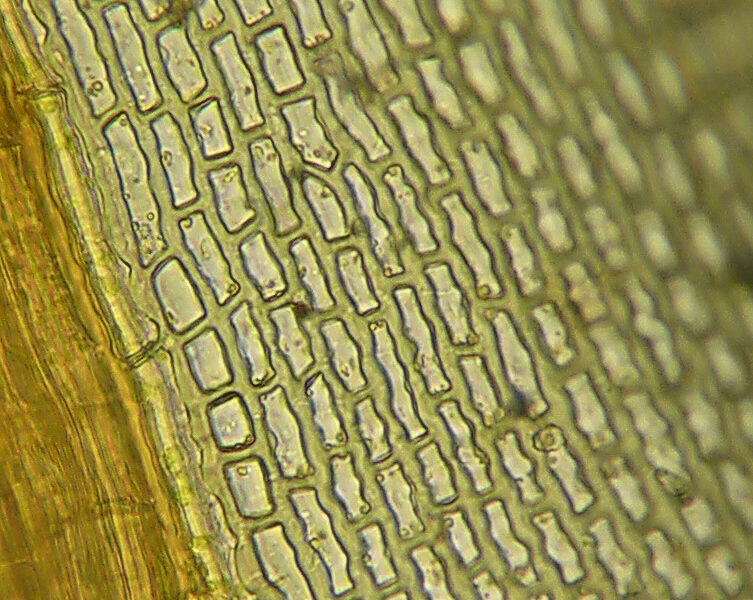 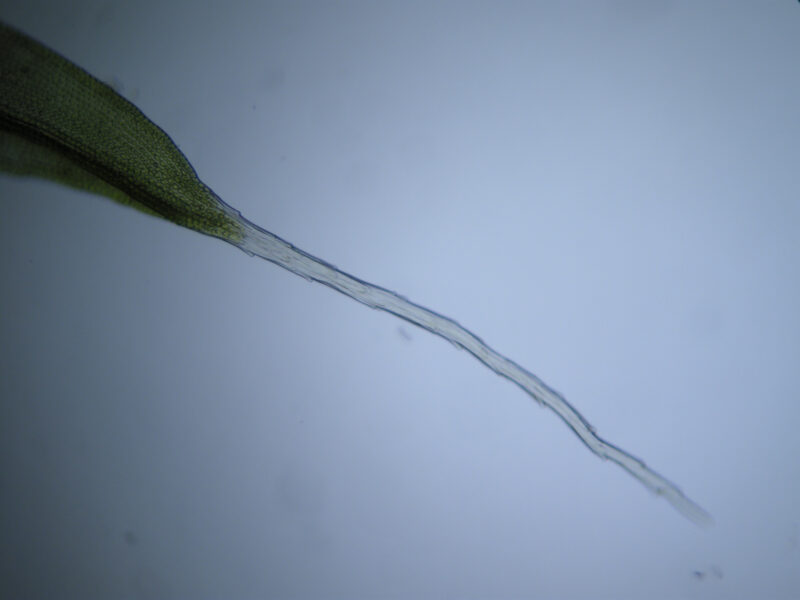 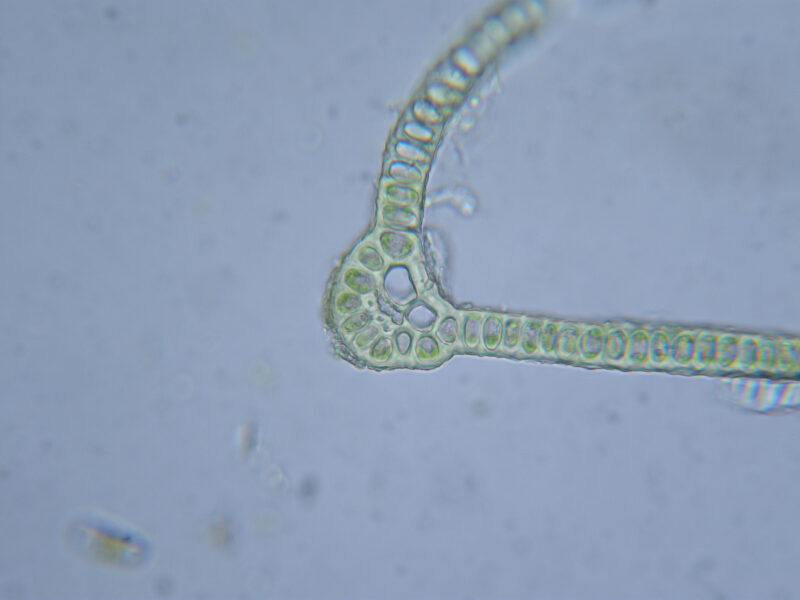 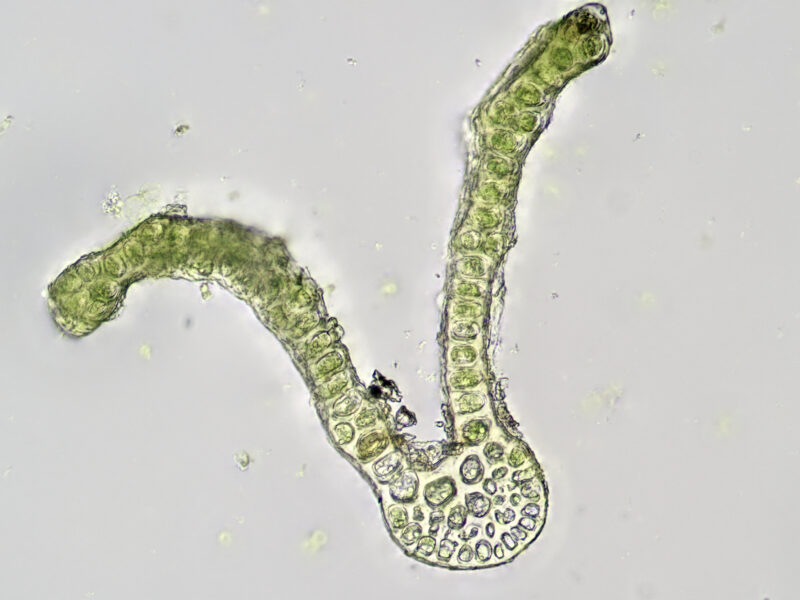 The Bryophyte identification page under Resources contains several useful keys and other information on the genus Grimmia. 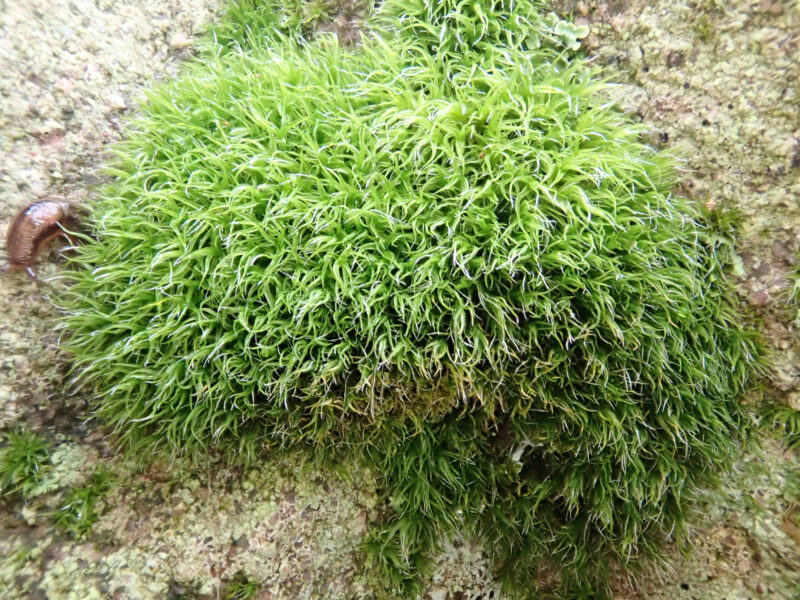