This is the commonest species of rock-dwelling Orthotrichum and is conspicuous only from winter through to late spring, when its capsules are obvious. Look for it in sheltered situations on headstones in graveyards and on walls. In limestone districts, it can also be frequent on natural rock exposures in good light.

Like the majority of our Orthotrichum species, O. anomalum is a cushion-former with leaves that lie more or less appressed to the stem when dry. It is one of only a few species that clearly raises its capsules just above the leaves and the others, including O. pulchellum and the rare O. speciosum rarely if ever grow on rock or stone. Caution is advised early in the season when the capsules are developing; like many mosses, the seta does not extend fully at first and then it might be tempting to assume that you have found the less common O. cupulatum, which when mature has fatter capsules on a short seta, so they do not raise fully above the leaves.

The ubiquitous O. affine, is normally found on the bark of trees and shrubs but sometimes it will also be encountered on the same hard substrates as O. anomalum. A typical situation would be on a headstone directly below a tree which supports a large epiphytic population of O. affine. 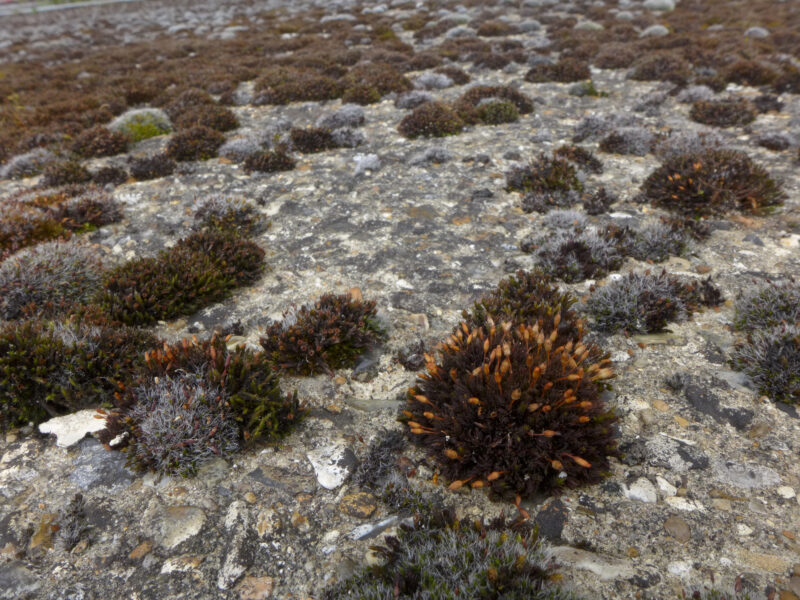 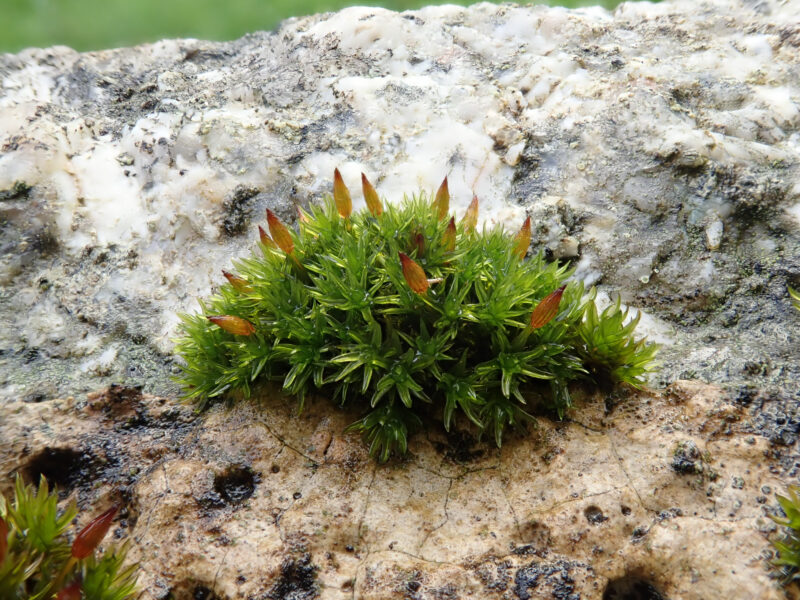 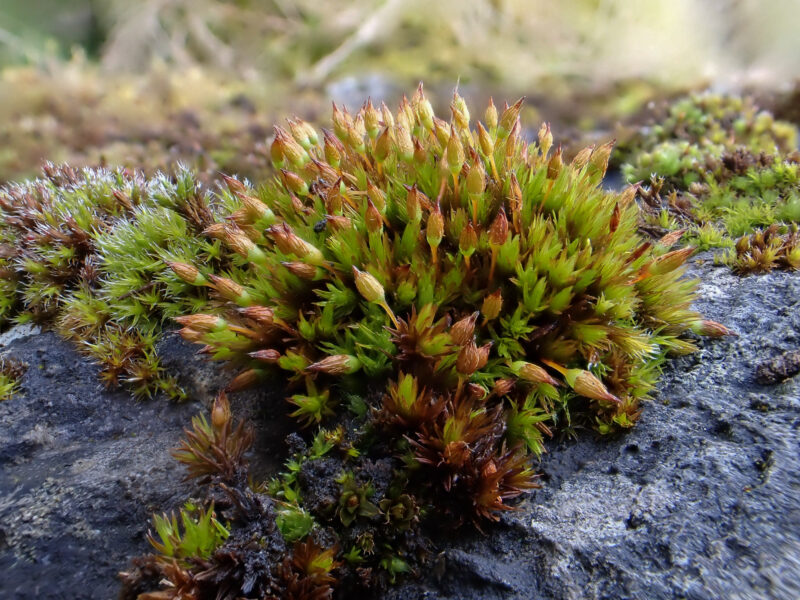 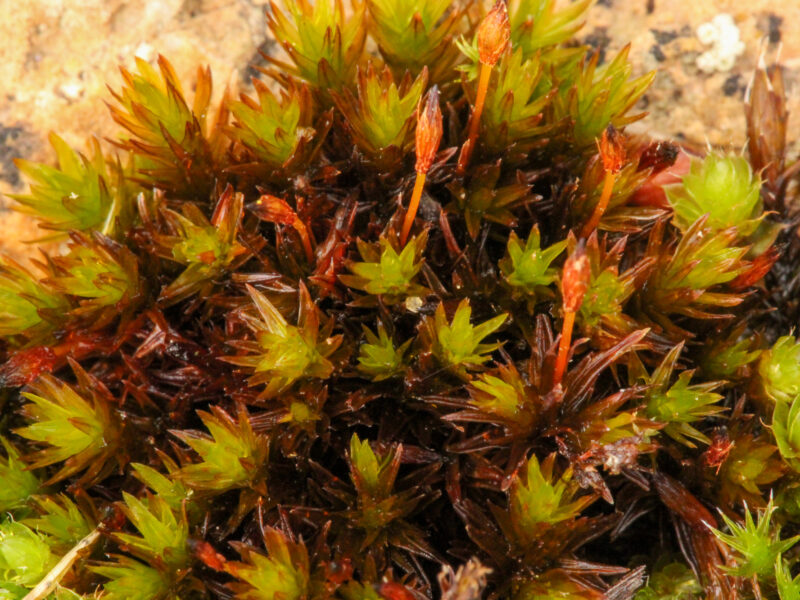 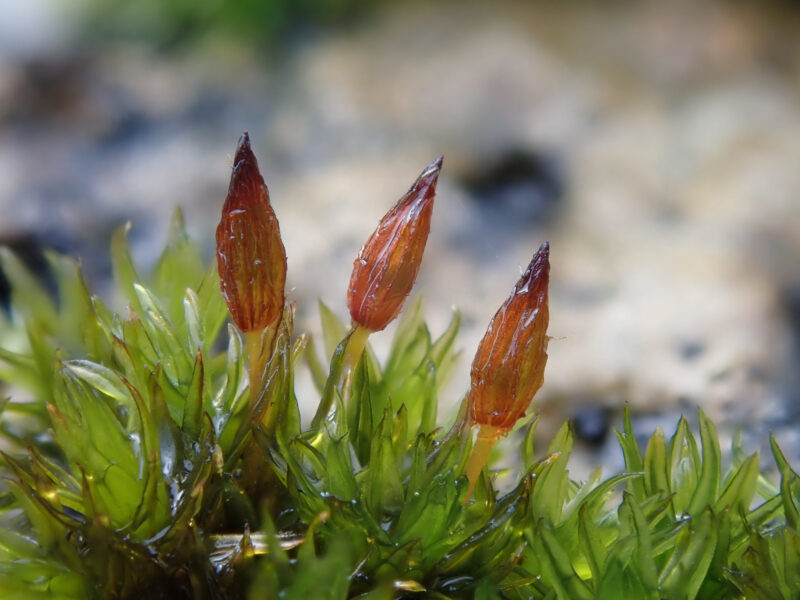 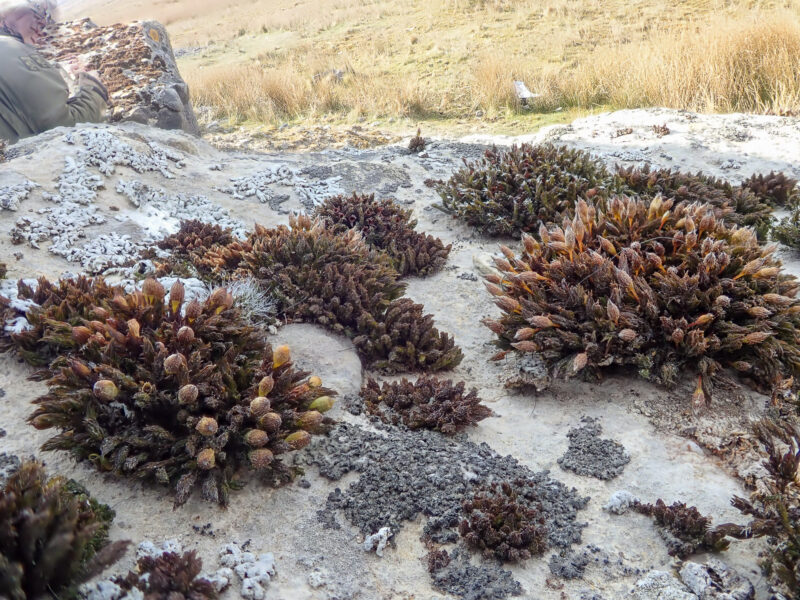 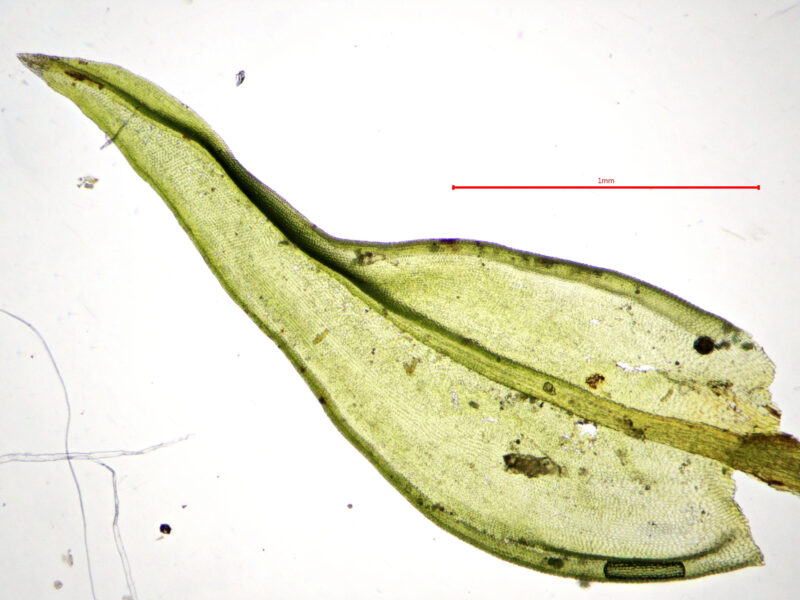 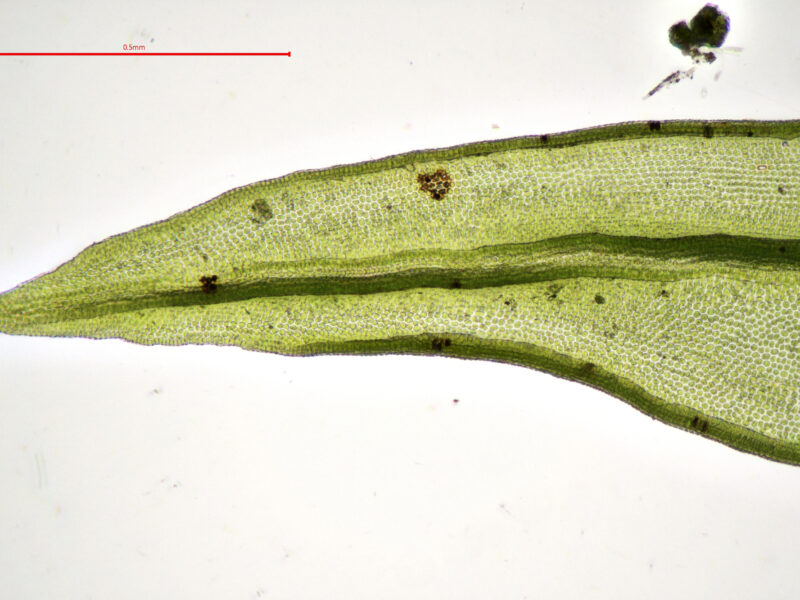 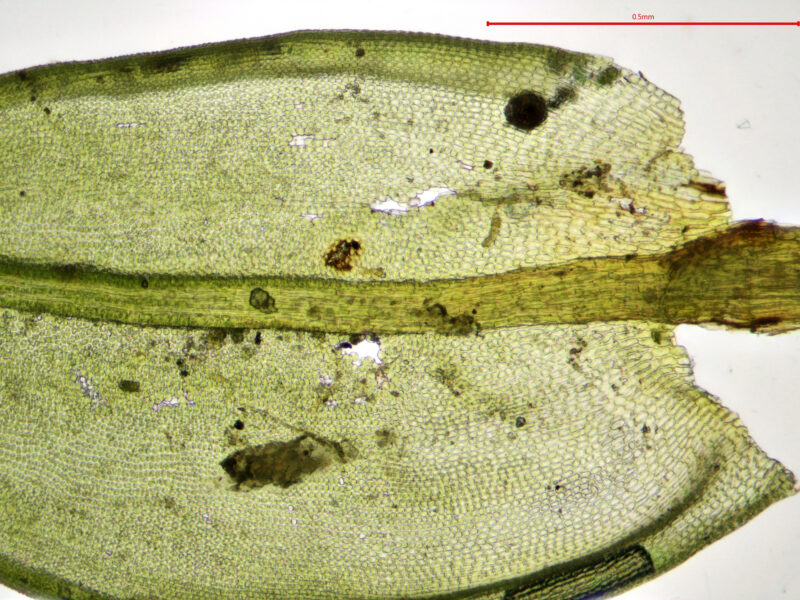 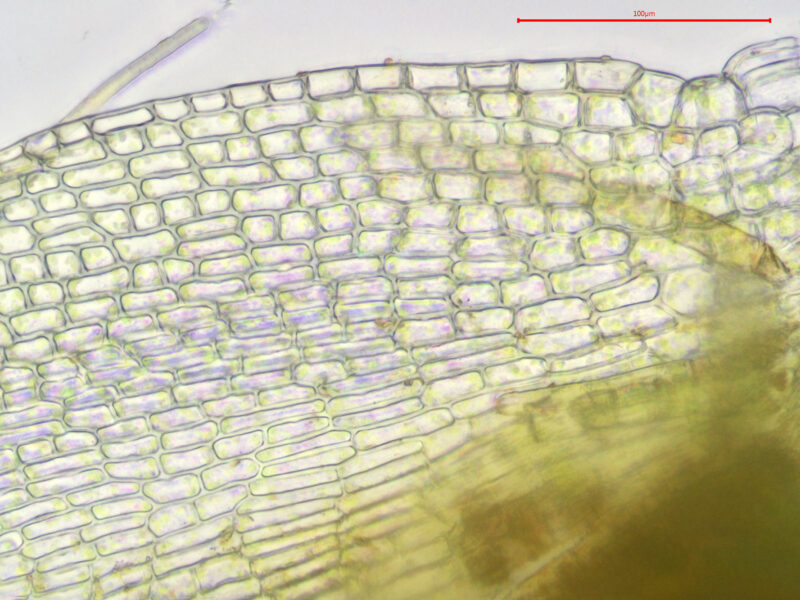 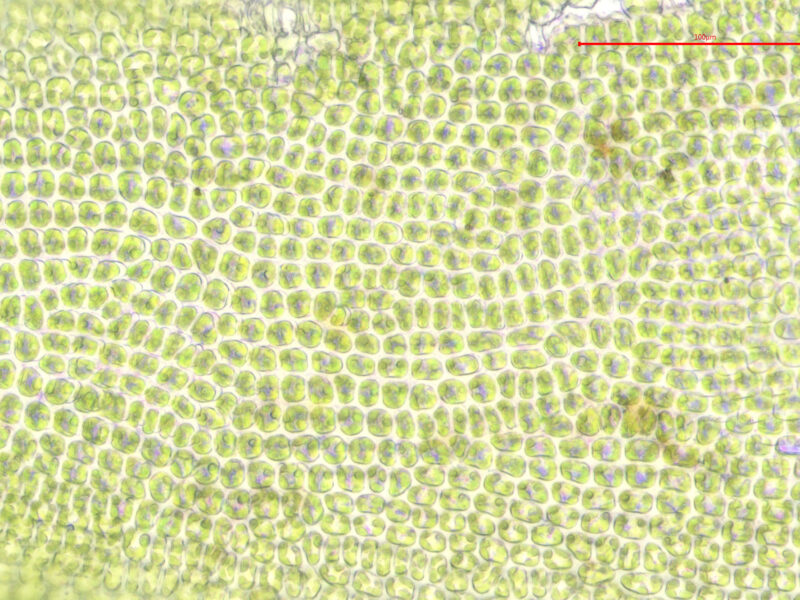 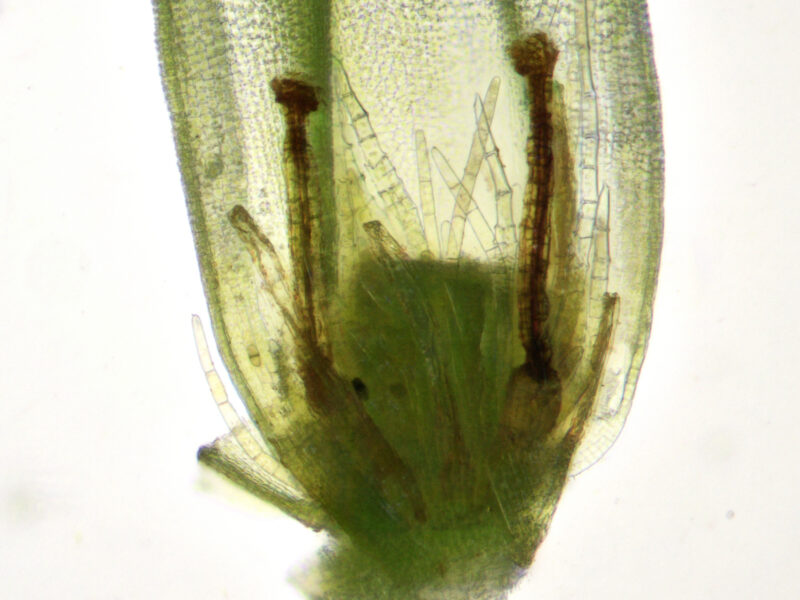 The Bryophyte identification page under Resources contains additional resources on the genus Orthotrichum. 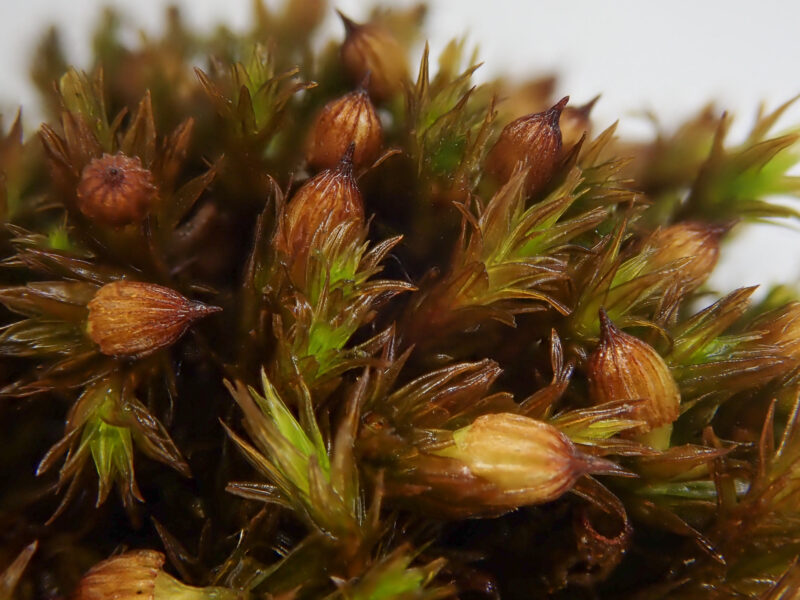