It is usually straightforward to recognise S. fallax as one of a trio of similar species from the former S. recurvum aggregate (the others are S. angustifolium and S. flexuosum). It is a medium-sized and often quite tall and elegant species with a stellate capitulum (the branches are loosely grouped into the five points of a star). Importantly, its fascicles have two different kinds of branches – the spreading ones curve outwards from the stem whilst the pendent ones are slender and weak and lie against it. Its stem leaves are widely spaced and grow on a (usually) pale stem.

Its colour is quite variable – it can be green or mustard-coloured, especially in the winter and also more in northern and western areas. The mustard pigments help to indicate that it is in Section Cuspidatum. Often, the branch bases can be seen to be pink-tinged and this can cause confusion with other red-pigmented species in Section Acutifolia. S. angustifolium can also have pink-tinged branch bases but S. flexuosum never does. Like the other S. recurvum segregates, S. fallax grows in loose carpets or lawns and never forms obvious hummocks.

S. fallax is more common than its two close relatives and can normally be separated from them by the shape of its stem leaf (see gallery images) and the respective lengths of spreading and pendent branches. Forma Isoviitae is a distinctive-looking variant that is usually more strongly pigmented and has branch leaves that are strongly 5-ranked, like Sphagnum pulchrum, a rarer and normally more robust-looking plant. Confusion can occur when this form has dark stems, normally a reliable diagnostic character of S. pulchrum. However, S. fallax has fascicles of 4-5 branches whereas S. pulchrum regularly has 4. Another difference is that the branch leaves of S. fallax are more than 2.7 times as long as wide but less than 2.5 times as long as wide in S. pulchrum.

S. fallax can be separated from so-called ‘terrestrial’ forms of S. cuspidatum, which often grows with it as the latter does not have strongly differentiated branches. It also has much narrower branch leaves than S. fallax. S. fimbriatum and S. girgensohnii are of similar size and habit but are usually green, with well-developed capitulum buds (lacked by the S. recurvum segregates). 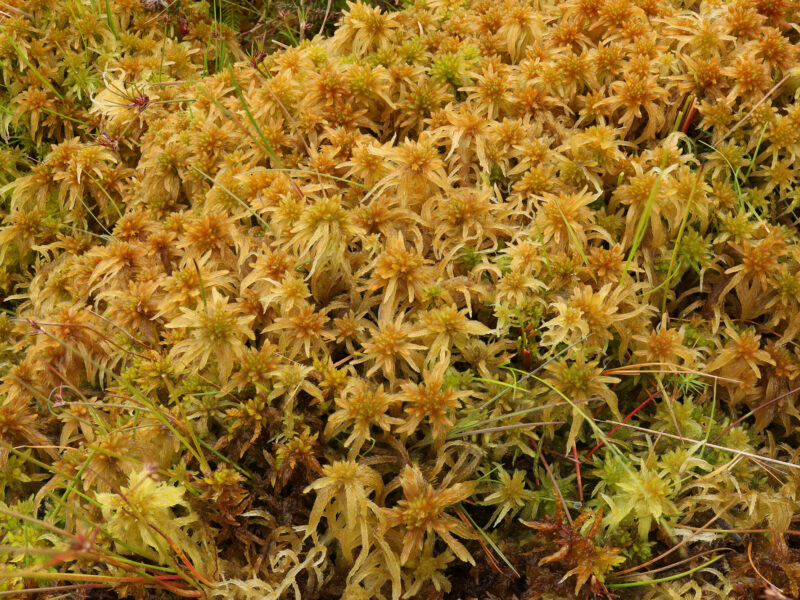 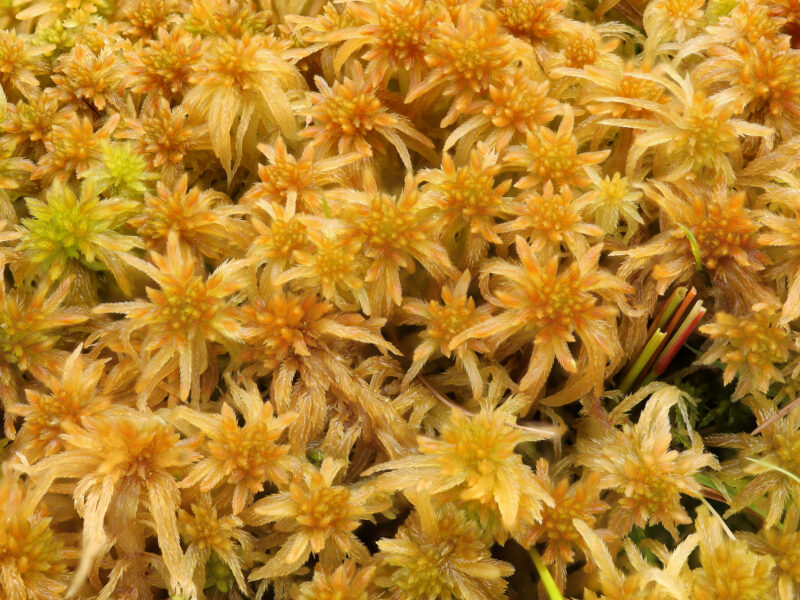 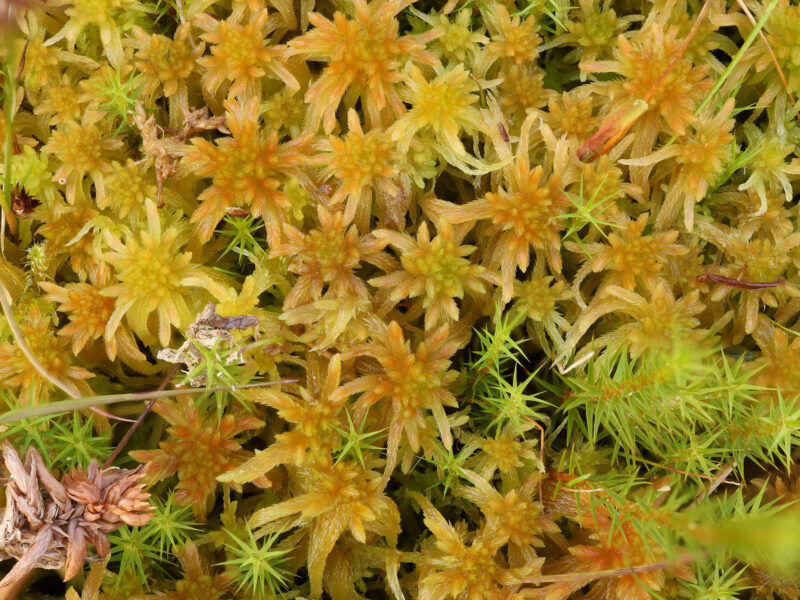 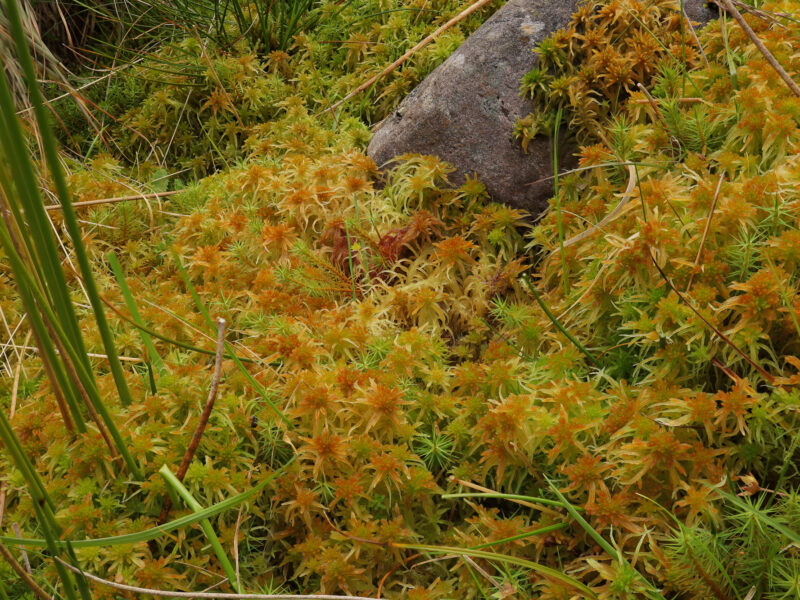 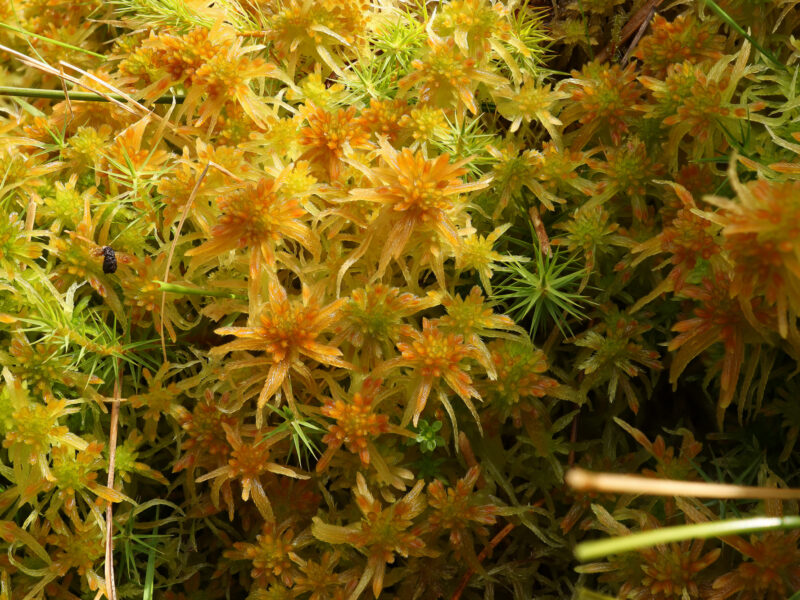 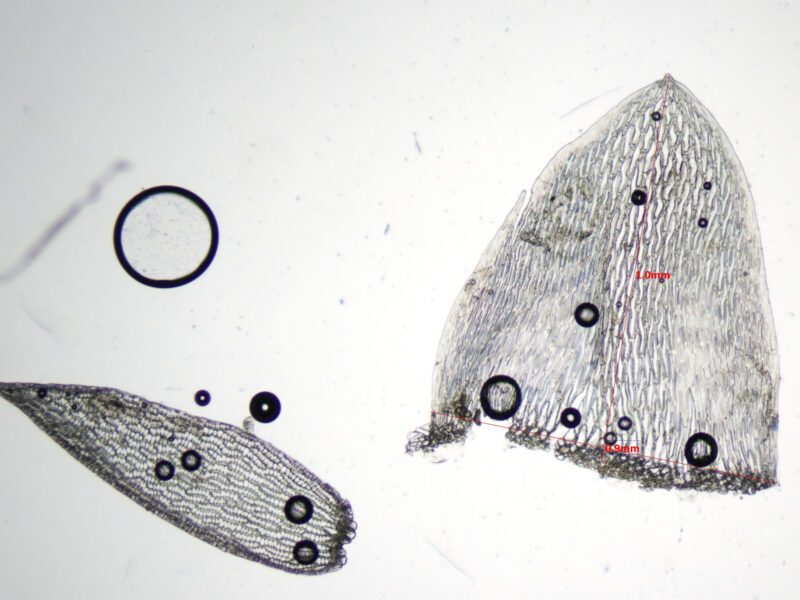 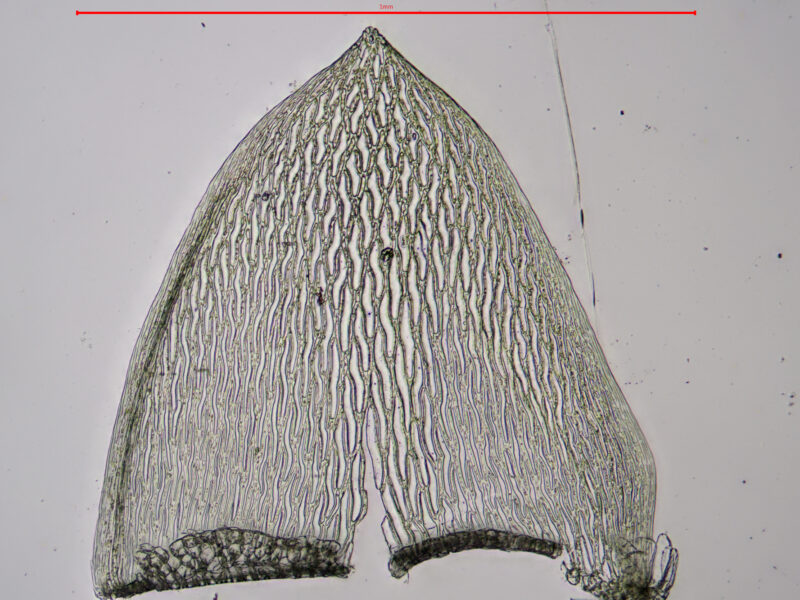 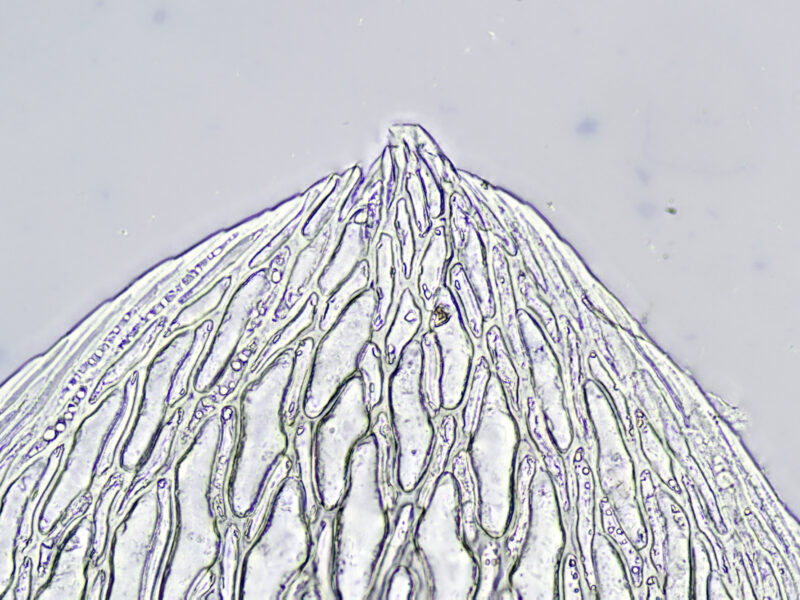 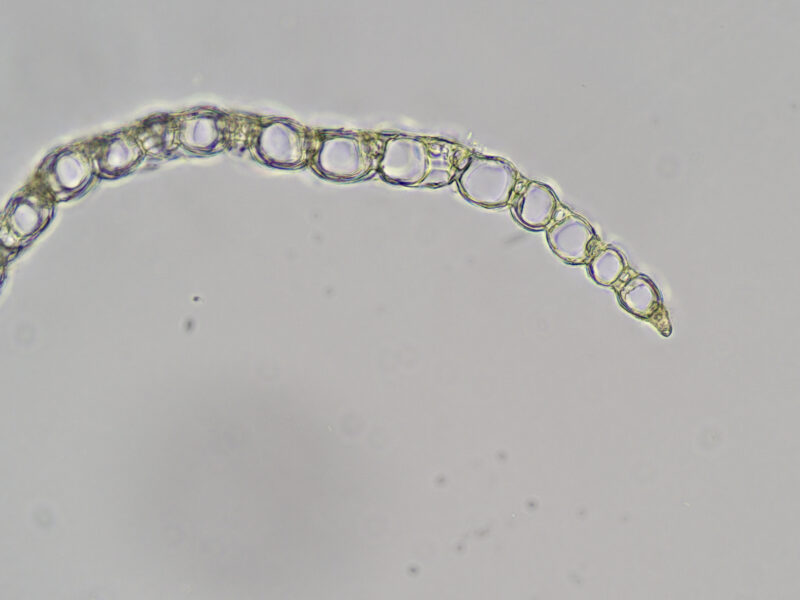 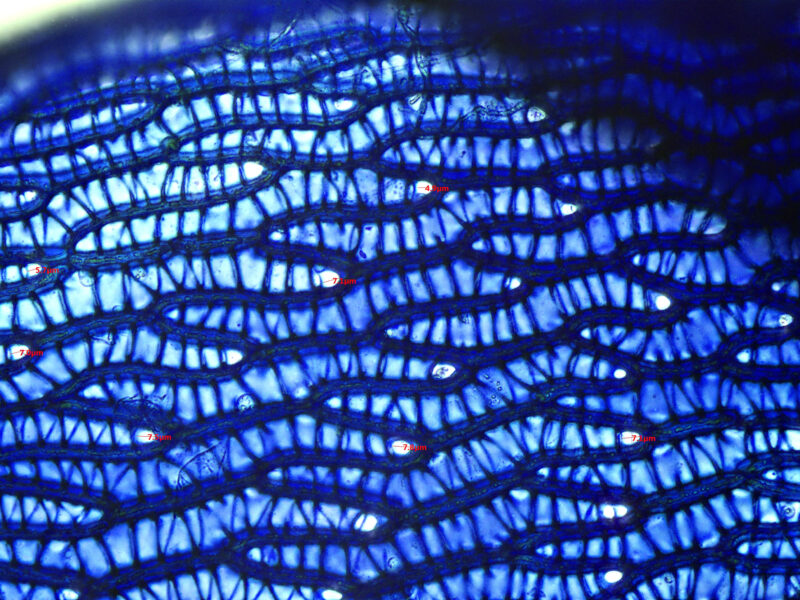 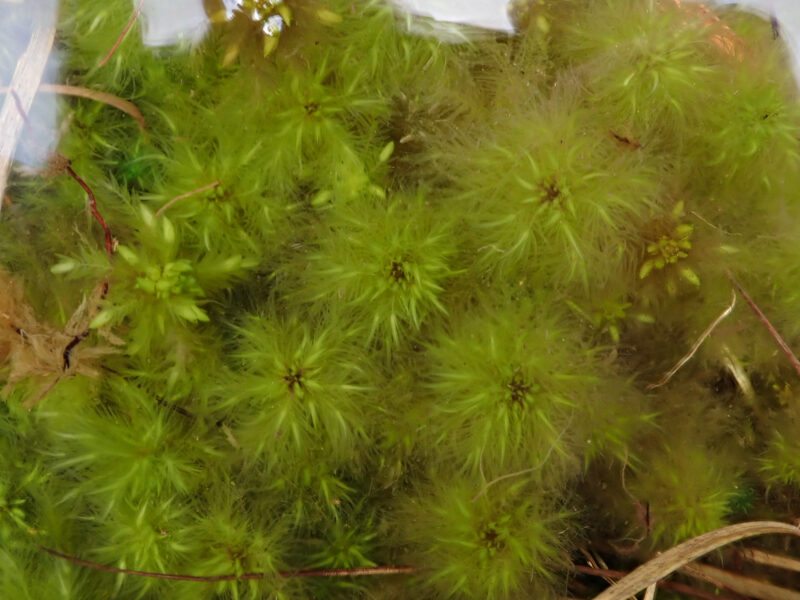 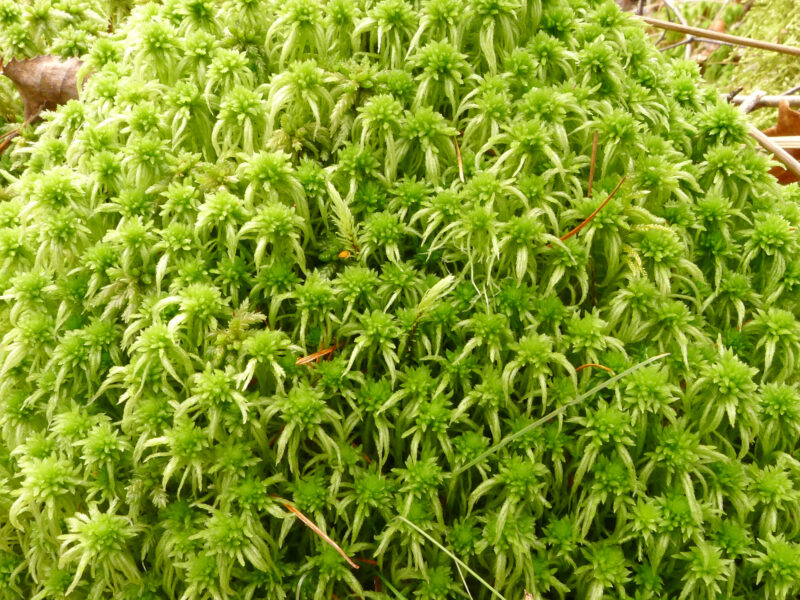