Zygodon conoideus is most frequent in northern and western districts where it often replaces Z. viridissimus, by far the commonest species in the drier south and east. In winter and into spring, Z. conoideus often produces abundant capsules and their presence en masse can be a useful indicator for this species.

Vegetatively, it can be hard to separate from Z. viridissimus and Z. rupestris, both of which also also grow on bark. Habitat can be another useful pointer; Z. conoideus is almost always epiphytic whereas Z. viridissimus is also common on base-rich masonry.

Most bryologists routinely collect bits of common Zygodon species to check under a microscope. Usually, leaf gemmae are present and can be floated off in a drop of water without any difficulty. After prolonged heavy rain, gemmae may be sparse but careful hunting will always reveal one or two eventually. When they are fully developed, the gemmae of Z. conoideus are narrow (around 20um), and 7-8 cells long, without longitudinal walls. It’s a good idea to check a number of gemmae from the same plant to make sure these characters are consistent. Occasionally, gemmae with fewer cells may be present and these may then suggest Z. rupestris, which also has narrow gemmae 4-5 cells long. If there is any doubt, the hyaline cell walls (see gallery images) will confirm Z. conoideus. The walls of the cells of Z. rupestris and Z. viridissimus (which has wider gemmae and usually some longitudinal walls) are usually brown-tinted.

There are two varieties of Z. conoideus. Plants with acute-tipped leaves are very common and are var. conoideus. Var. lingulatus has rounded leaf tips and has only been found once, in Surrey. 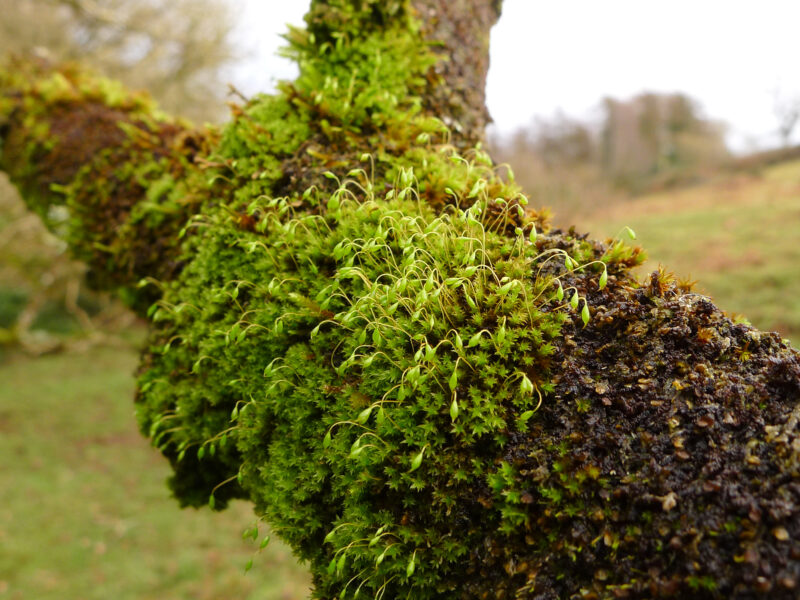 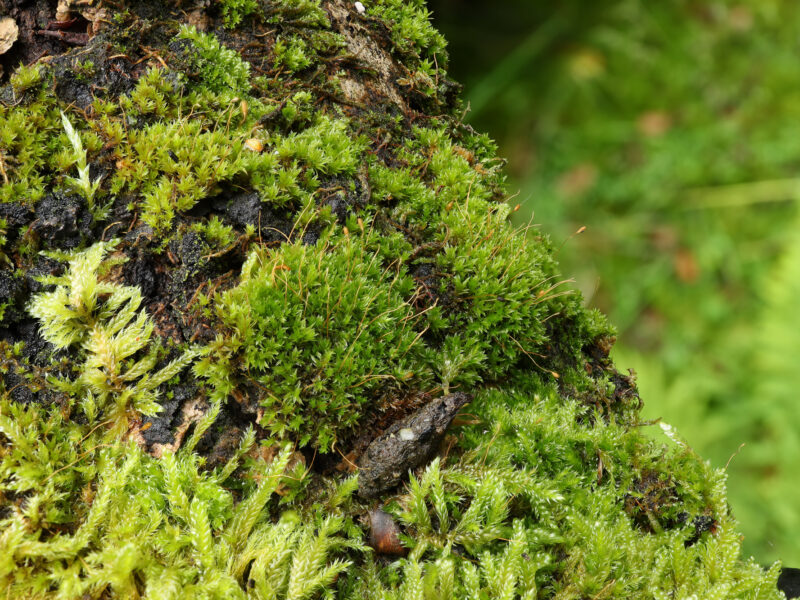 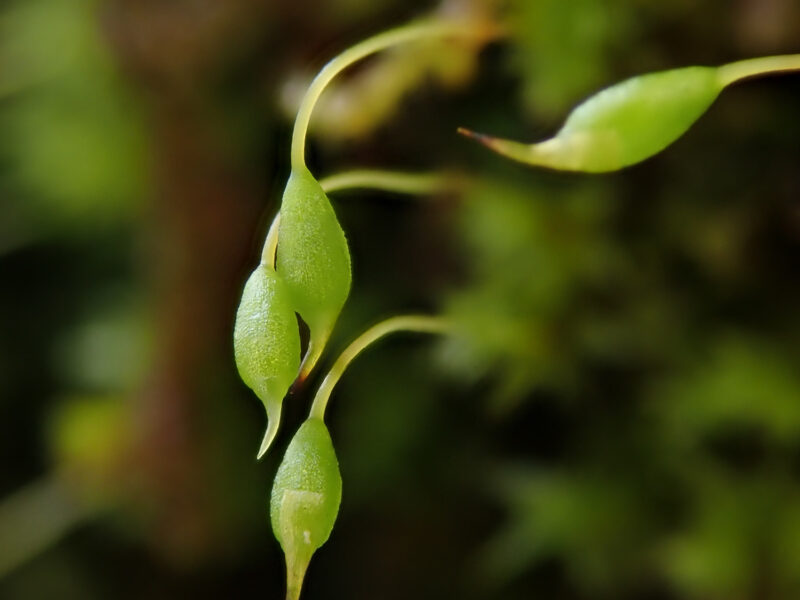 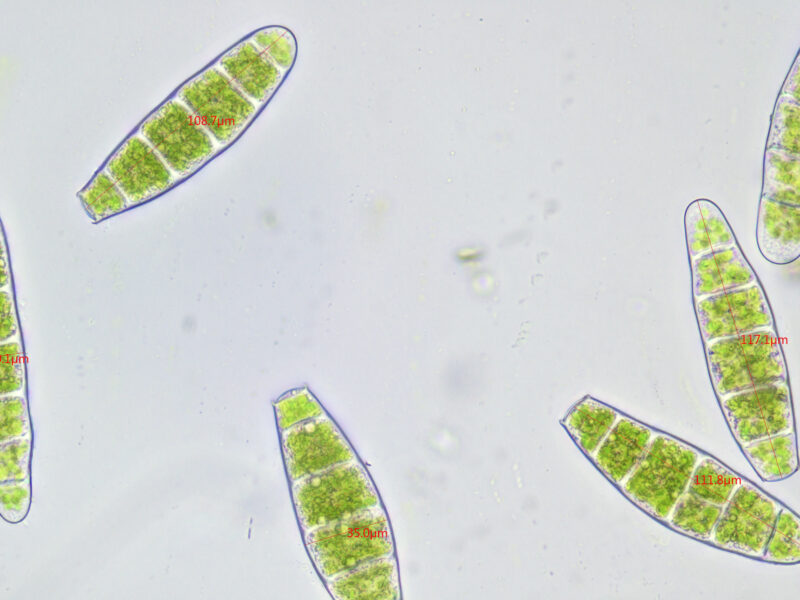 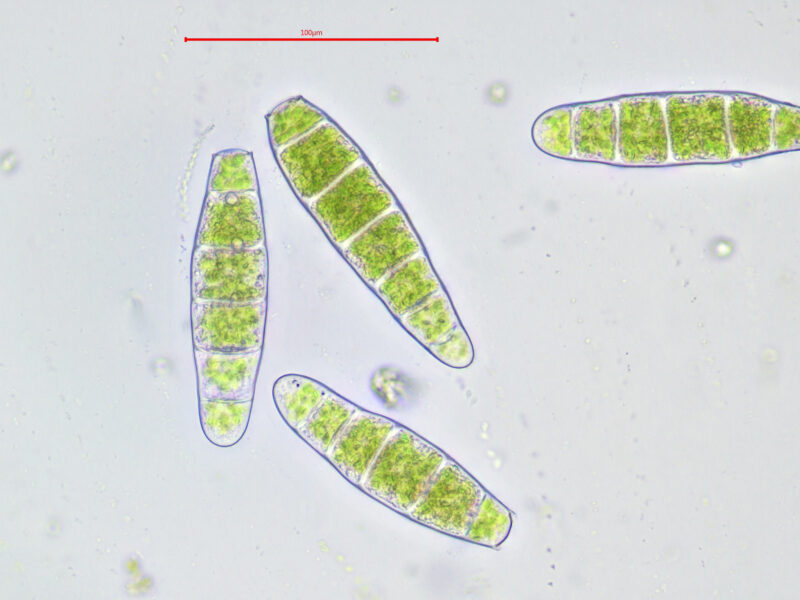 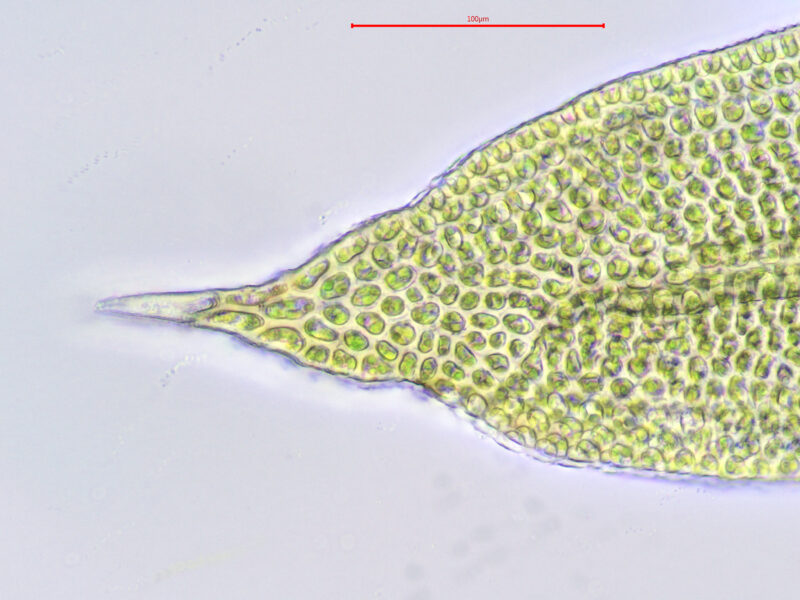 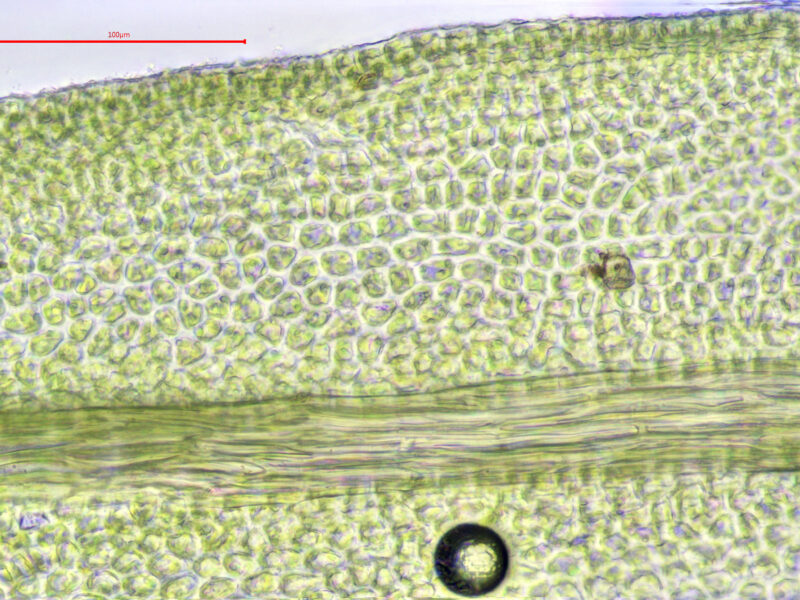 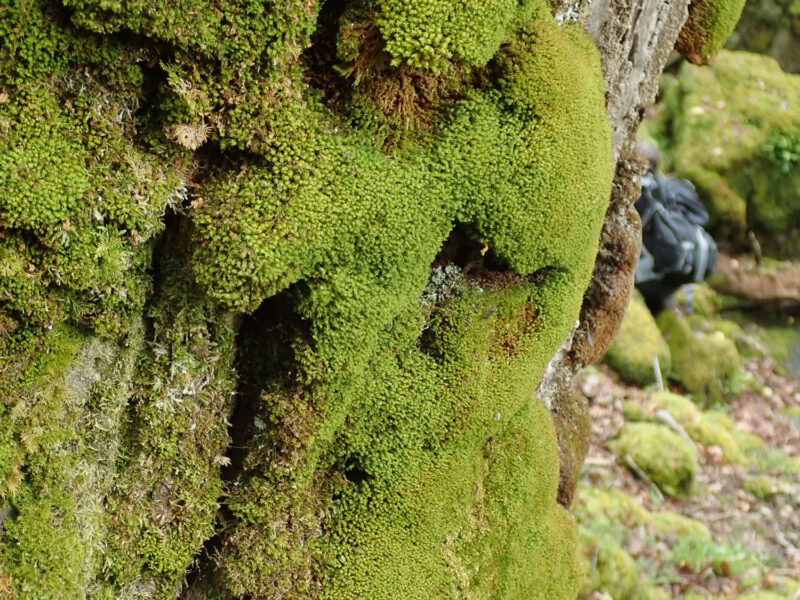 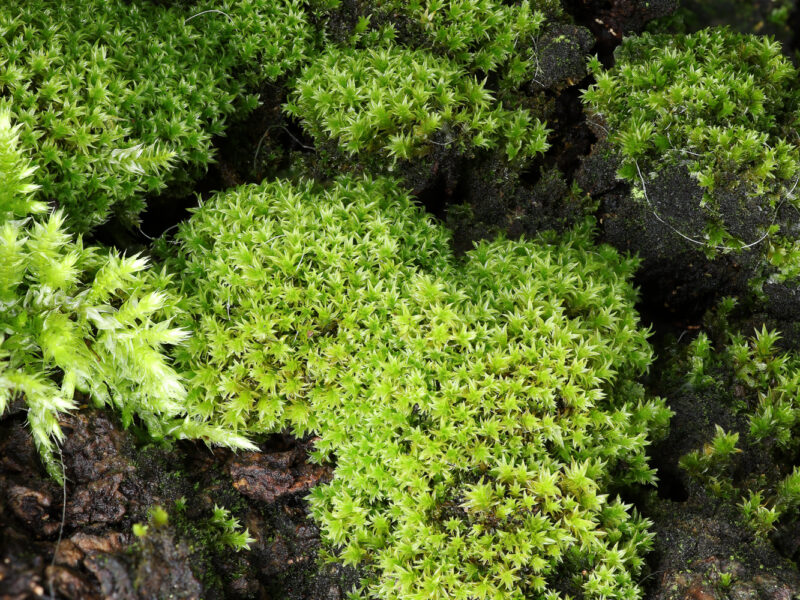