This is a robust Syntrichia which in its typical form can be recognised without too much difficulty, but can be very variable and perplexing. It tends to grow in similar habitats to S.montana (generally ruderal habitats such as roofs, old tarmac, pavements etc) which usually is smaller, often a brighter green and forms tighter cushions, but the two can be sometimes difficult to tell apart.

S.ruralis usually has leaves which are recurved to some extent or even squarrose, with a strongly recurved leaf border extending into the upper third and almost to the apex.  When dry the shoots quickly become twisted and grey. The leaves sometimes appear slightly concave and with a slightly tapering apex which becomes rounder under a cover slip. This becomes more pronounced as the leaves dry out, so partially hydrated specimens can look like S.ruraliformis. An important character is that the leaves are spathulate in shape and lack a ‘waist’ or narrowing in midleaf. This is usually visible in the field but it may be necessary to peel off some leaves. If in doubt a nerve section shows 2-3 layers of steroids with no hydroids.

The variability can cause problems. There is a form with margins that are recurved to only about 2/3 up and have large midleaf cells – about 15 microns. This is very similar to what is described as S.calcicola on mainlaned Europe, but becuase the species is so variable we have not formally recognised this as a separate taxon in the British Isles.

A number of European Syntrichia have muticous forms, and this includes S.ruralis where it is known as S.ruralis var epilosa and has been recorded in England.

It is widely distributed but is not often found in the uplands. 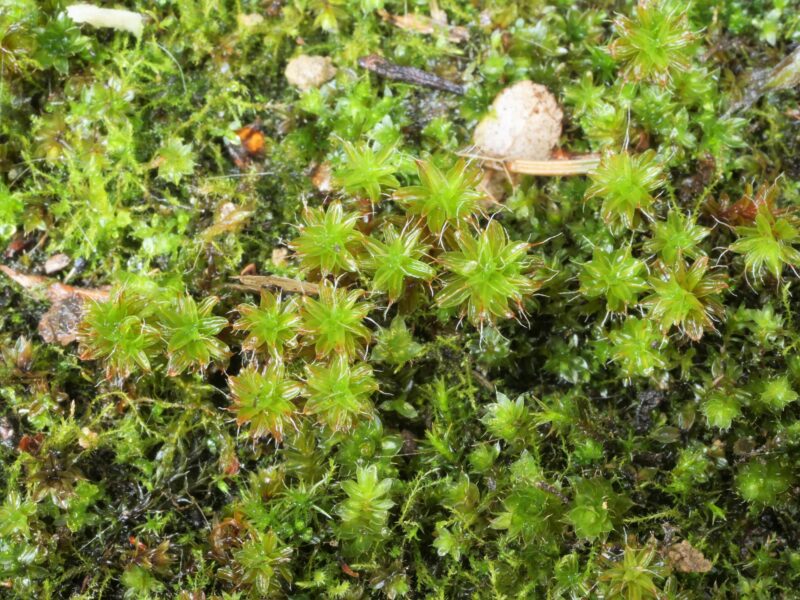 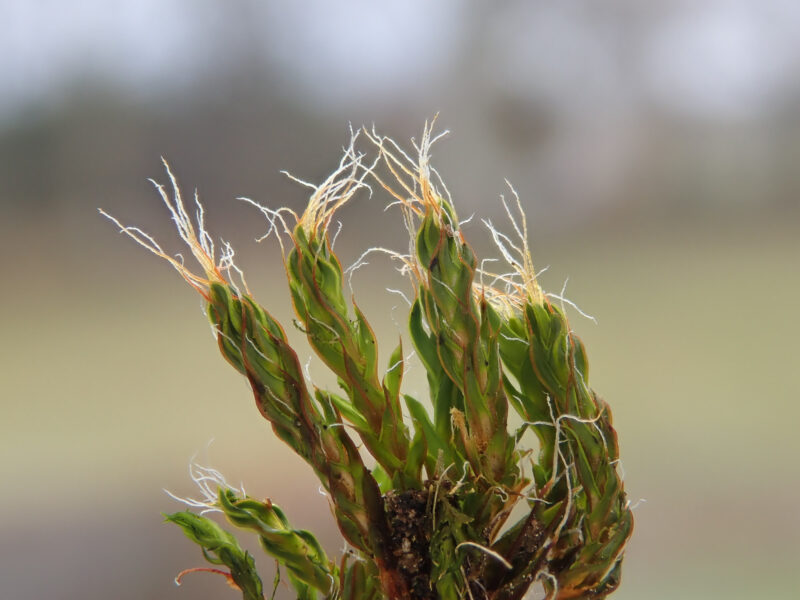 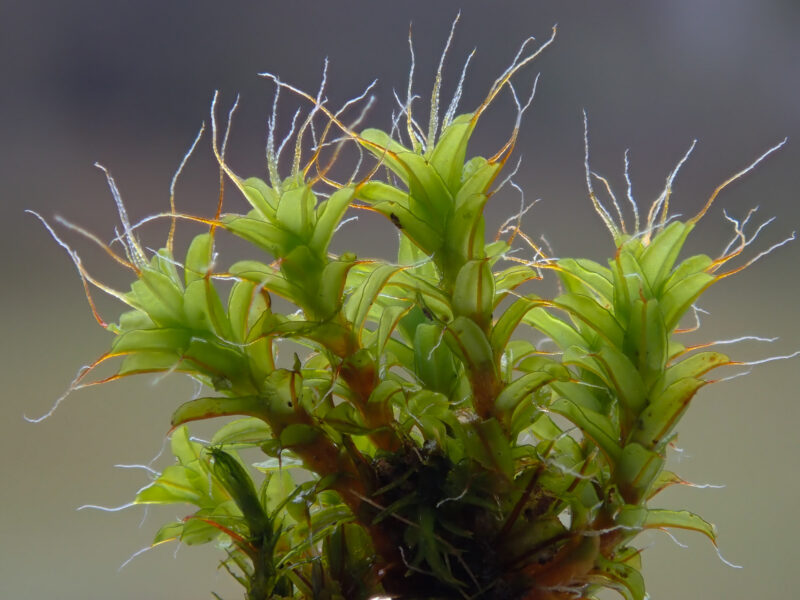 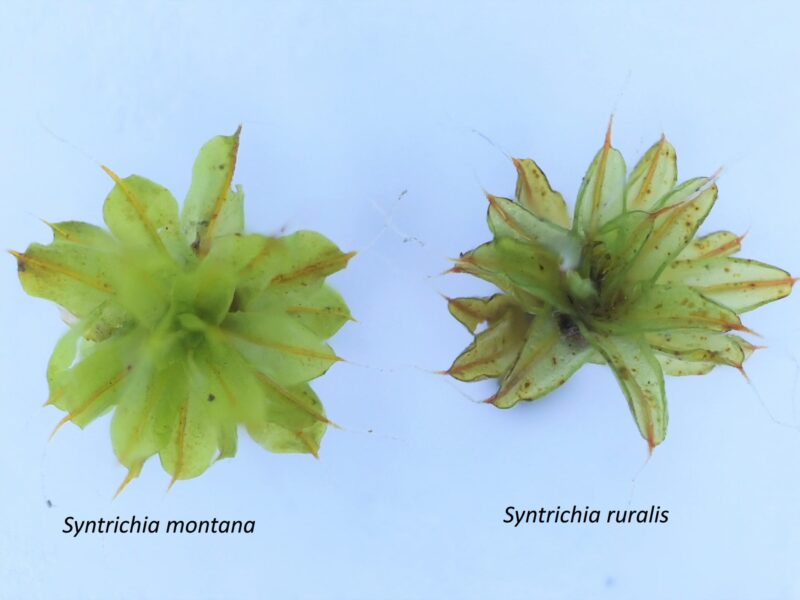 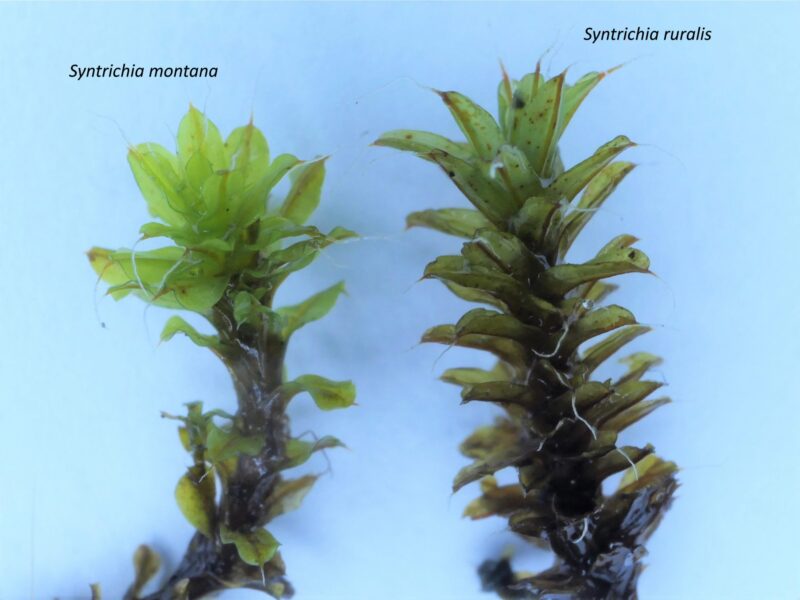 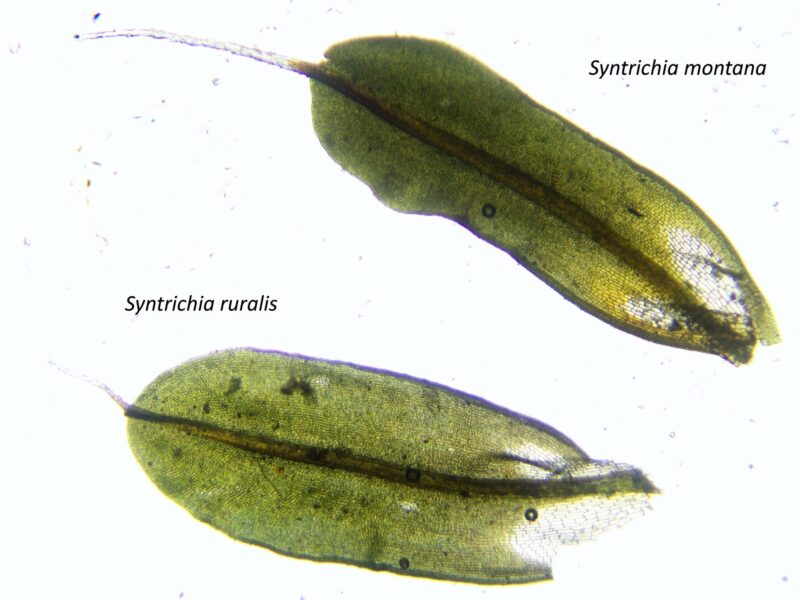 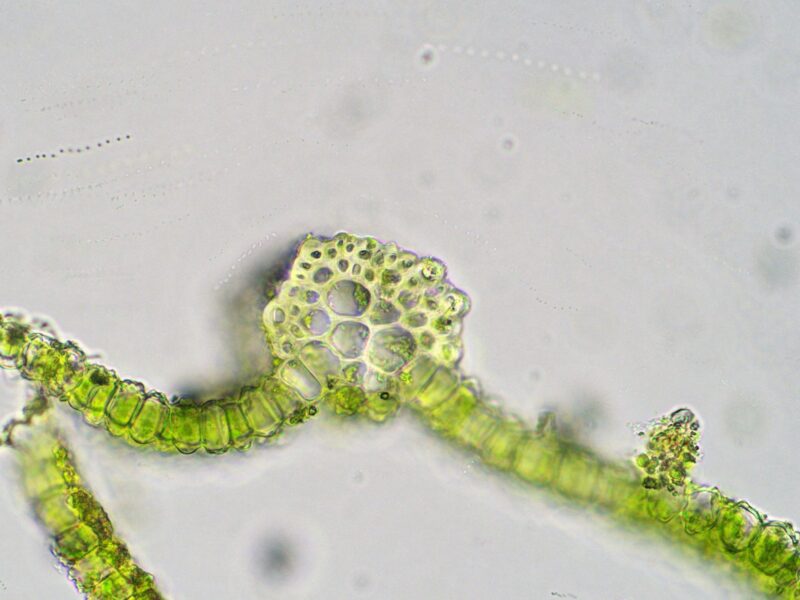 Gallego, M.T.  2005. A taxonomic study of the genus Syntrichia Brid. (Pottiaceae, Musci) in the Mediterranean Region and Macaronesia. Journal of the Hattori Botanical Laboratory. 47-122.

A widespread review of this genus including some European species not known to occur here.

Gallego, M.T., Hugonnot, V. & Cano M.J. 2018 Taxonomic resurrection of an awnless variety of Syntrichia ruralis and comparison with other European muticous taxa in this genus, Journal of Bryology, 40:3, 244-250