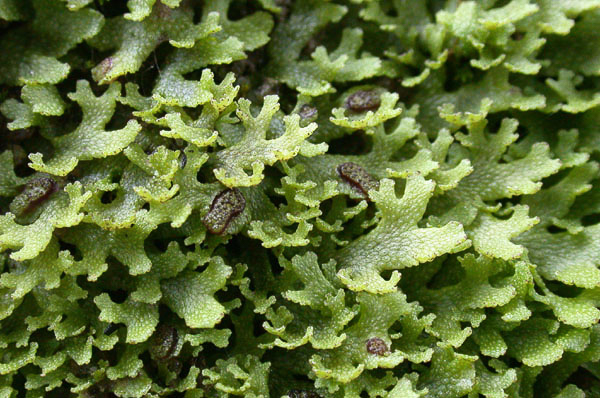 Conocephalum japonicum (syn. C. supradecompositum) is the only other species of Conocephalum after C. conicum and it occurs in eastern Asia and Japan. It differs from C. conicum in producing abundant gemmiferous attenuate branches of the thallus. This picture also shows male cushions. It was taken by David Long on 12 October 2003 on a disturbed roadside bank in evergreen broadleaf forest at 2001m on the eastern slopes of the Gaoligong Shan mountains in SW Yunnan Province, China, on an expedition from the California Academy of Sciences and Kunming Institute of Botany, as part of the ‘Biotic Survey of the Gaoligong Shan’.