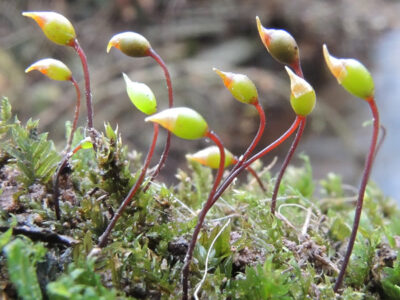 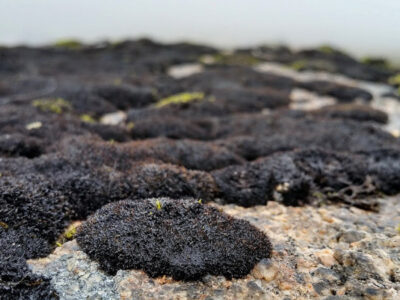 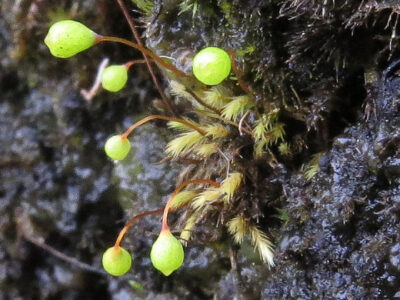 Philonotis cernua, photographed by Rory Hodd who found the plant on the BBS summer meeting in Donegal. Known only within Europe from Britain and Ireland, it had not been seen since 1987. 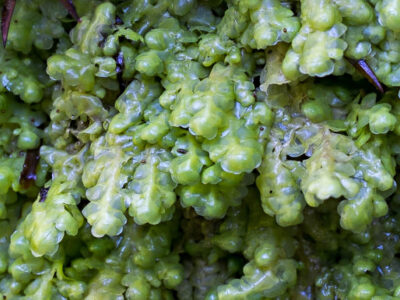 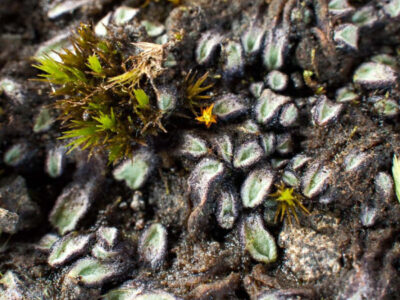 Riccia beyrichiana, photographed by Stan Phillips on a gravelly patch on the edge of the cliffs above Cleadale, Eigg on the 2015 BBS Summer Field Meeting 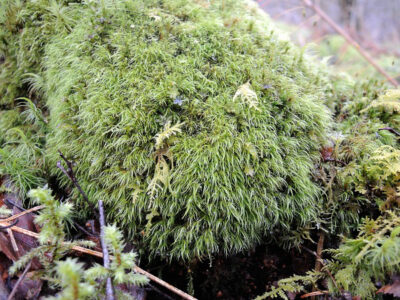 Dicranodontium denudatum , photographed in Cwm Coel in the Elan Valley during the BBS Spring Field Meeting 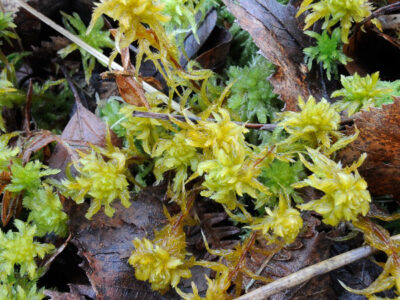 Sphagnum inundatum, photographed in Cwm Coel in the Elan Valley during the BBS Spring Field Meeting 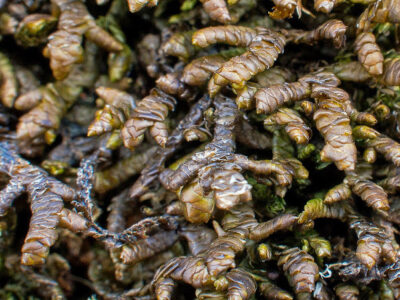 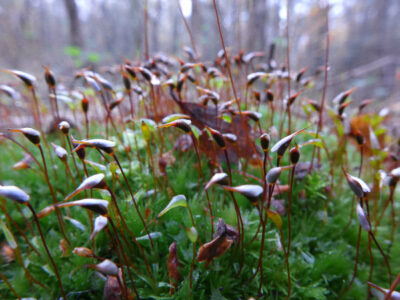 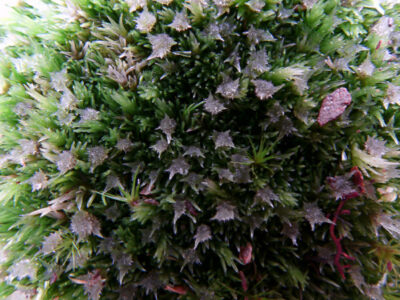 The first of a double bill of Leucobryum glaucum photographs from Robin Stevenson. Tim Blackstock comments that this shows ‘dense rhizoidal heads that develop over unfertilised perichaetia in female cushions of Leucobyum glaucum’. In his paper in J. Bryol of 1987 (14, 535-541) Tim states that in female cushions of both L. glaucum & L. juniperoideum ‘dense tufts of rhizoids form from the dorsal surfaces of inner perichaetial leaves and give rise to distinctive heads, very similar to those that you photographed. They develop on barren perichaetia but not on those with sporophytes. In both species, germinating Leucobryum spores and dwarf males were found in these rhizoidal heads but only rarely in other parts of the large female cushions. They thus seem to provide a specialist female means of attracting males, some of which grow into larger gametophytes’.