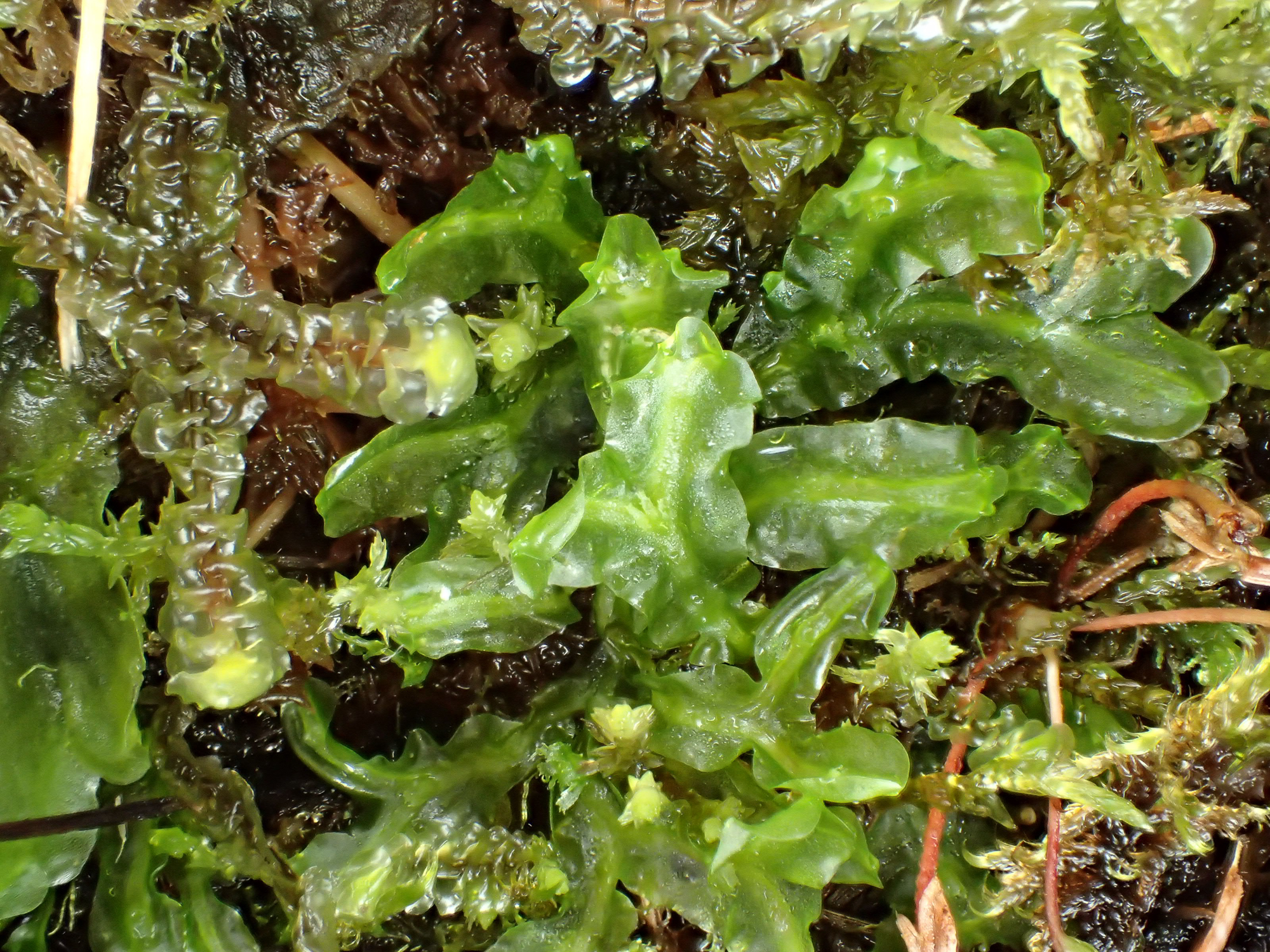 Female plants of Moerckia hibernica (Irish Ruffwort) photographed on the ridge north of Sron Chona Choirean, Stuchd an Lochain, Perthshire on 17 September 2019, in a Sphagnum-dominated flush at 810 m, in a site where it was first discovered on the Killin BBS meeting in 2014.

M. hibernica is much less common than its relative M. flotowiana, being found in neutral Sphagnum-dominated flushes, whereas the latter prefers much richer fen and dune slack habitats.