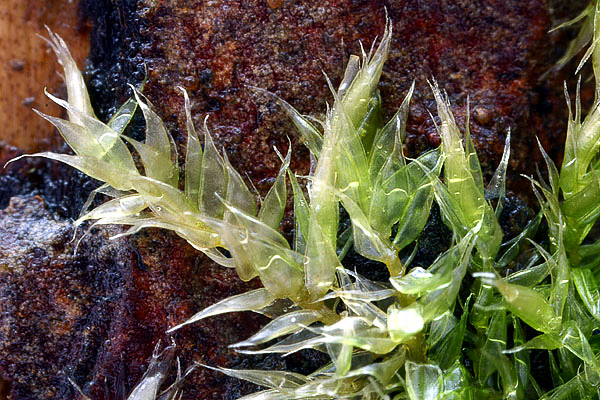 Sematophyllum substrumulosum was first recorded from the British Isles in 1997 from Tresco in the Scilly Isles by David Holyoak. It then subsequently transpired that it had previously been collected at Kingley Vale NNR, where it was refound in quantity recently. This photograph was taken by Des Callaghan from material collected at this locality